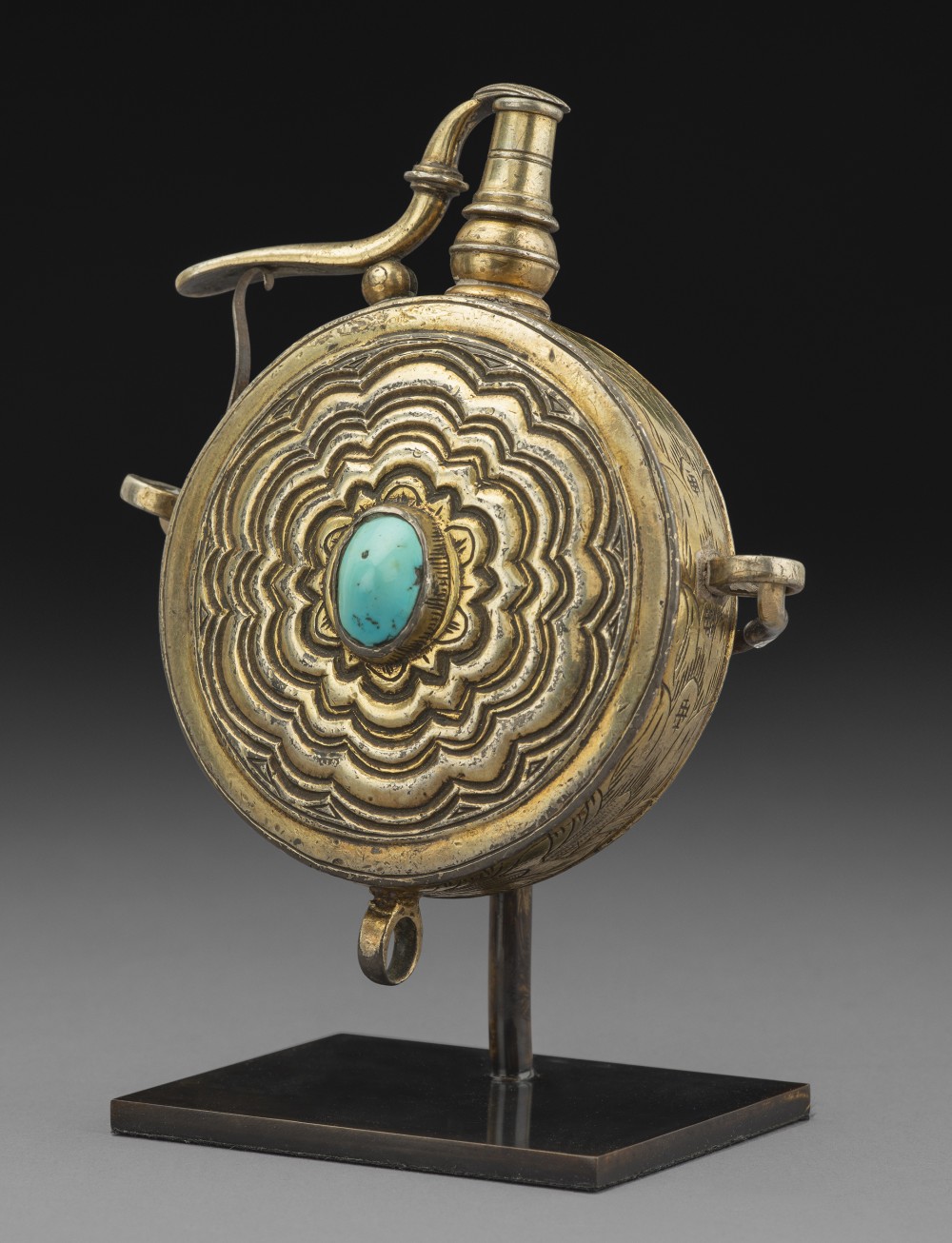 Small flasks of this kind were used to carry special fine-grain powder to prime the pans of wheel-lock firearms.

An early attributable example of this rosette-like design is found in the carved decoration of the ivory pommel of a Utrecht pistol, dated 1648. As in the present instance, the pommel is decorated with close-set concentric lobed bands enclosing a central flower-head motif. The same theme is used on a series of Dutch circular priming-flasks, primarily of ivory, with others made of wood or gilt-brass.

The present flask, very unusually in silver-gilt off-set with turquoise, belongs however, to the Dresden Electoral court taste already established by the beginning of the 17th century. The flask recalls two garnitures of bladed hunting weapons and accessories, all with gilded mounts studded with turquoise which were ordered from the Dresden goldsmith Gabriel Gipfel by the Prince Elector Christian II, between 1607 and 1609, as presents for his brothers.

Another similarly striking surviving work by Gipfel is a gilded parade rapier, which together with its embroidered carrier, are jointly inset with 439 turquoises; it was delivered to the Electoral armouries in 1607, at a cost of 2,000 florins, a princely sum.