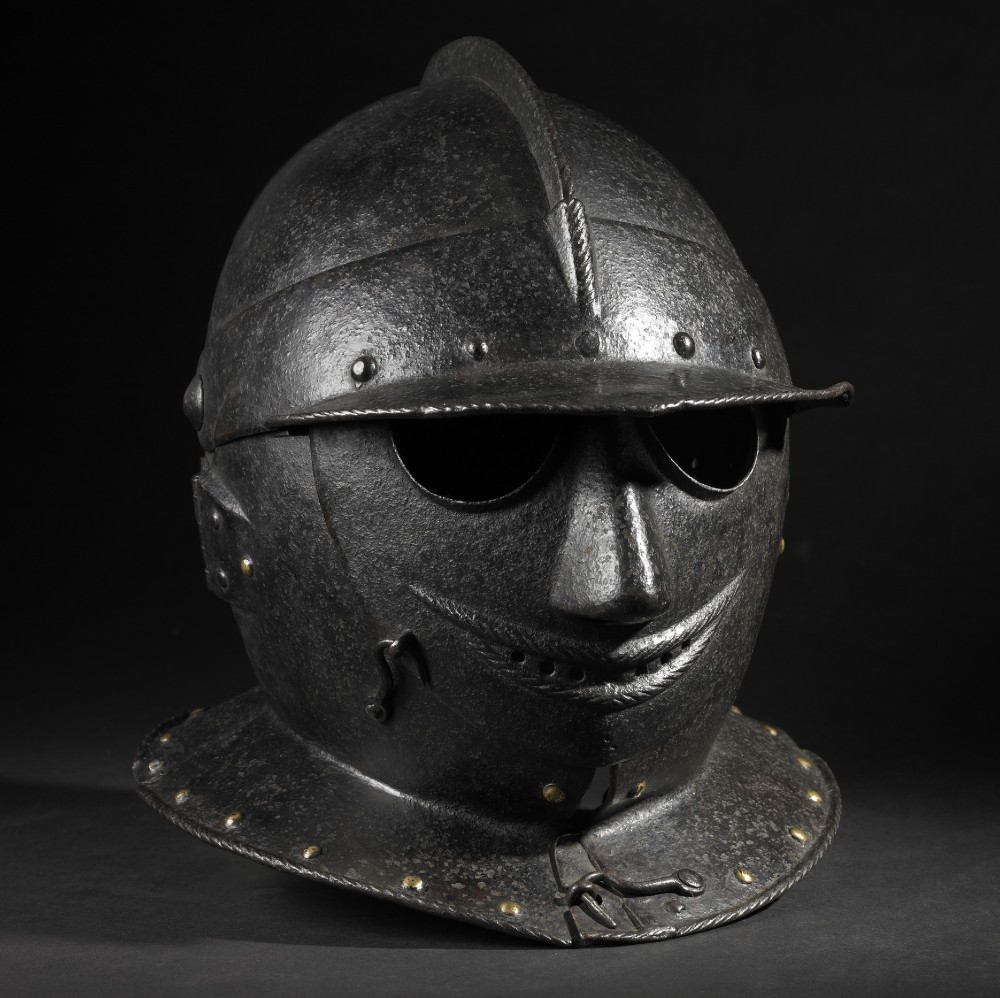 Helmets of this type were worn by the cuirassiers of the heavy cavalry. Constructed of a heavy, shot-proof weight, they were for this reason often used in the escalade – the storming of a heavily fortified enemy position.

They are called Savoyard, in part, because it is believed that large numbers of this type, today in the Musée d’Art et d’Histoire, Geneva, were taken as booty from the troops of Charles-Emmanuel I of Savoy following his army’s unsuccessful assault on the Swiss city in 1602.  Savoyard helmets are also referred to as Todenkopf, meaning ‘Death’s head’ in german, named so for the eerie, skull-like like mask of their visor. Our example is a rare type: the hinged cheek pieces which fasten at the chin are reminiscent of the ‘armet’ type of close helmet, worn in the fifteenth and early sixteenth centuries.