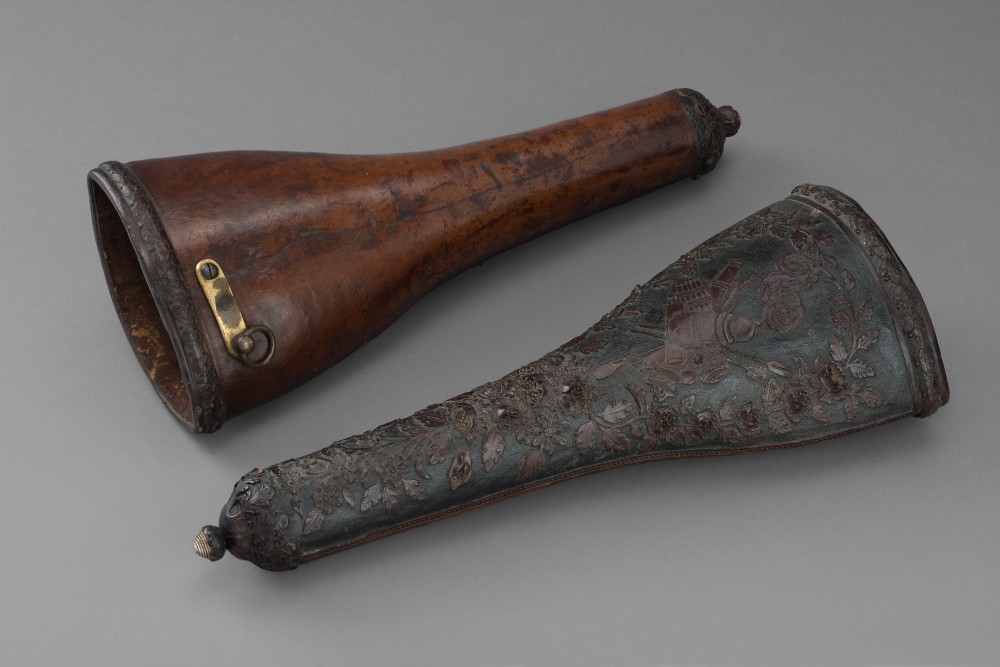 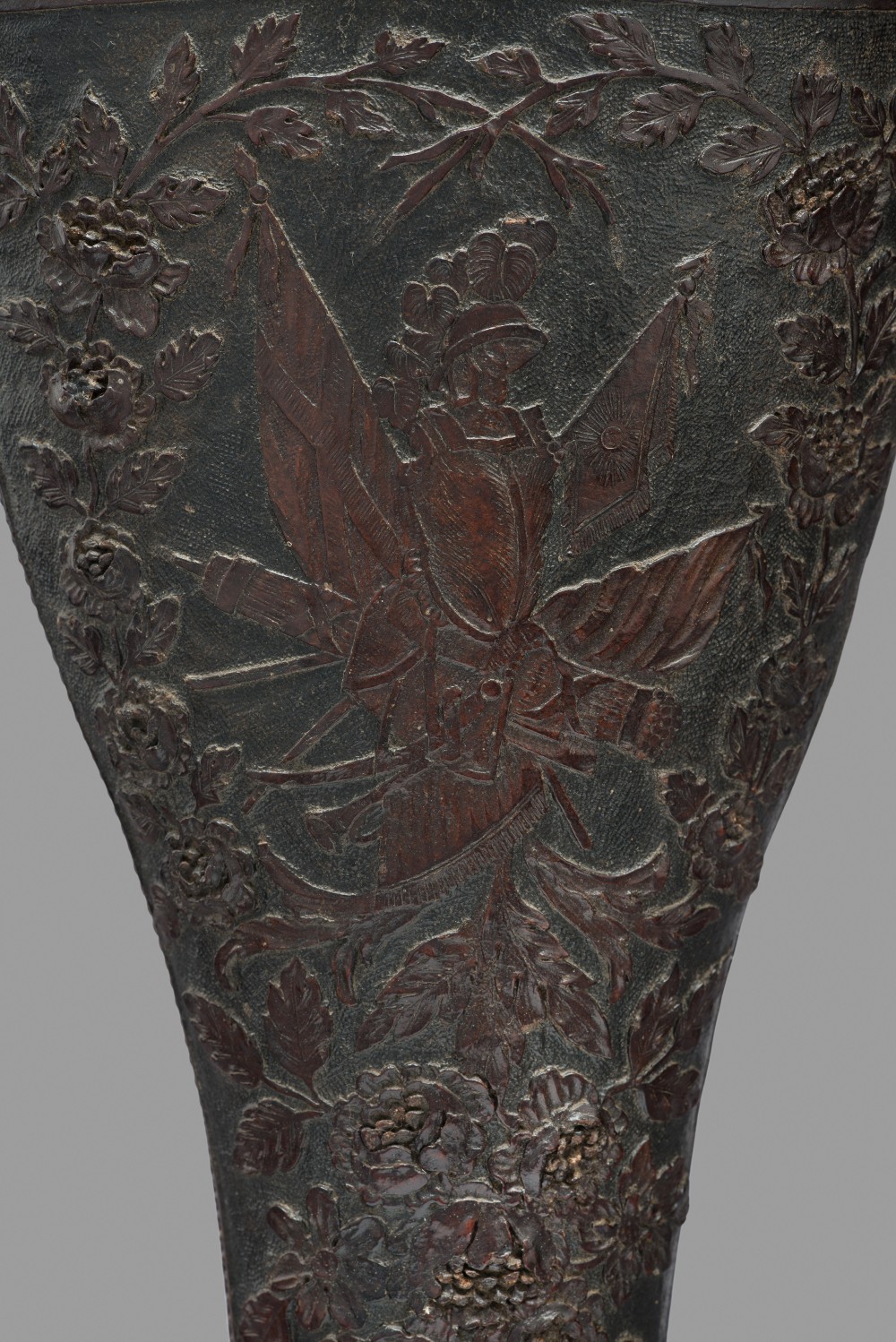 Our finely made leather holsters were undoubtedly commissioned personally by a French officer of considerable means. They are highly unusual in being decorated with the most exquisite tooling executed ‘in reserve’ in order to create a cameo effect, whereby the design is heightened through the surrounding field being minutely cut away. Indeed every feature is of the highest quality, even extending to the turned bone finials, that are themselves partly – and deliberately – covered by the finely cut detail of the acanthus-leaf tips of the holsters. Such fine detailing is an example of the aesthetic for which the applied arts of France in the eighteenth century are now widely recognised. It is clear that our holsters were originally the property of a very grand officer indeed.