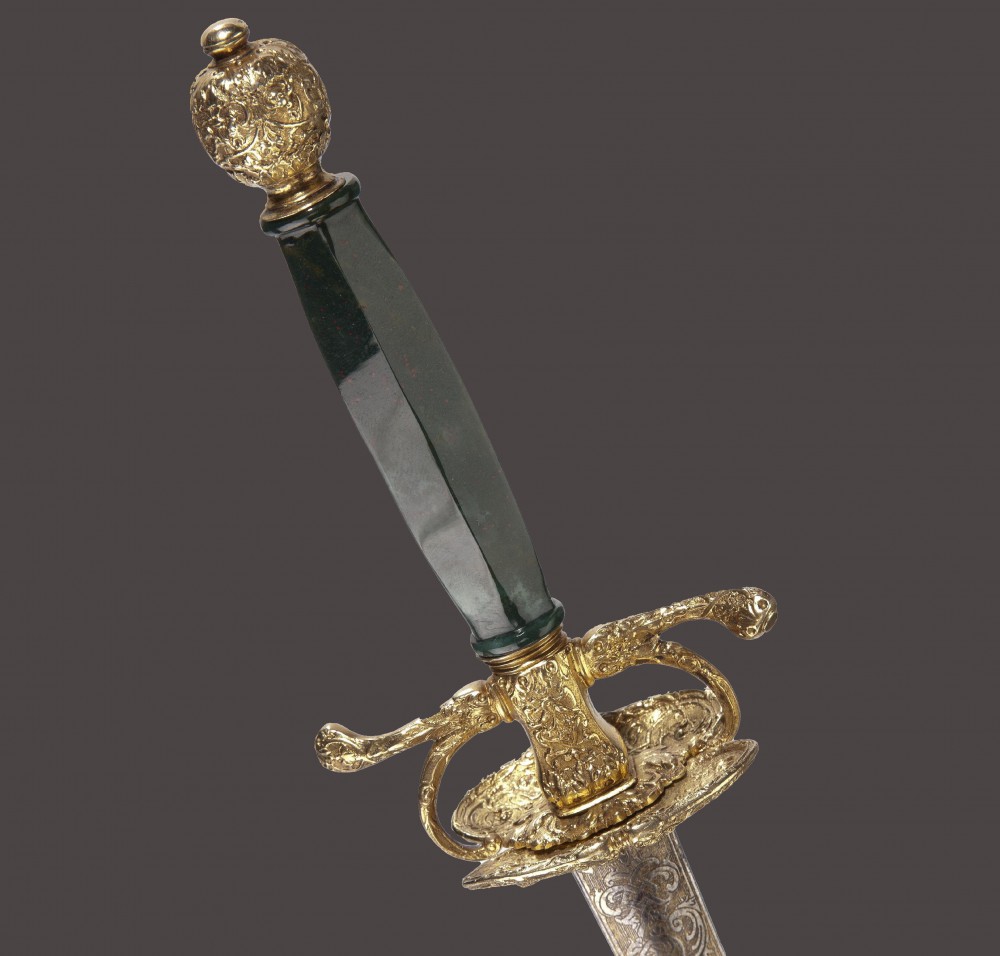 This exquisite sword is a very early type of small-sword, sometimes called a ‘transitional rapier’ since it is of a form that marks a transition from the heavy long-bladed rapier of the early seventeenth century to the lighter small-sword of the late seventeenth. Its grip is of heliotrope, a form of chalcedony which shows inclusions of iron oxide or red jasper. It was very popular with cutters of semi-precious stones who used it for seals, intaglios and small objets d’art from the Classical period through modern times; heliotrope was also thought to have healing properties.

Swords of this type with stones incorporated in their hilts are known in several public collections, including that of the Victoria and Albert Museum, London, in the Hofsjagd- und Rüstkammer, Vienna and the Rüstkammer in Dresden.