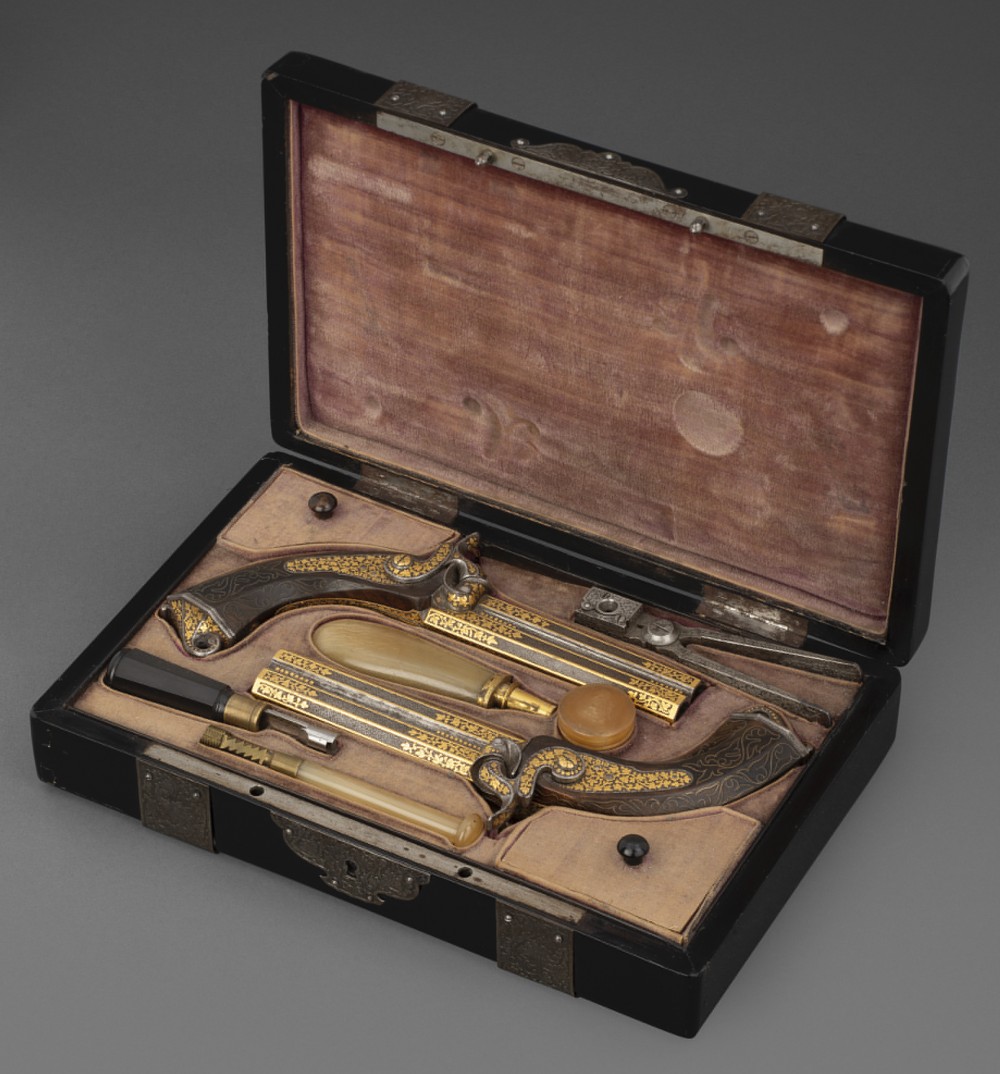 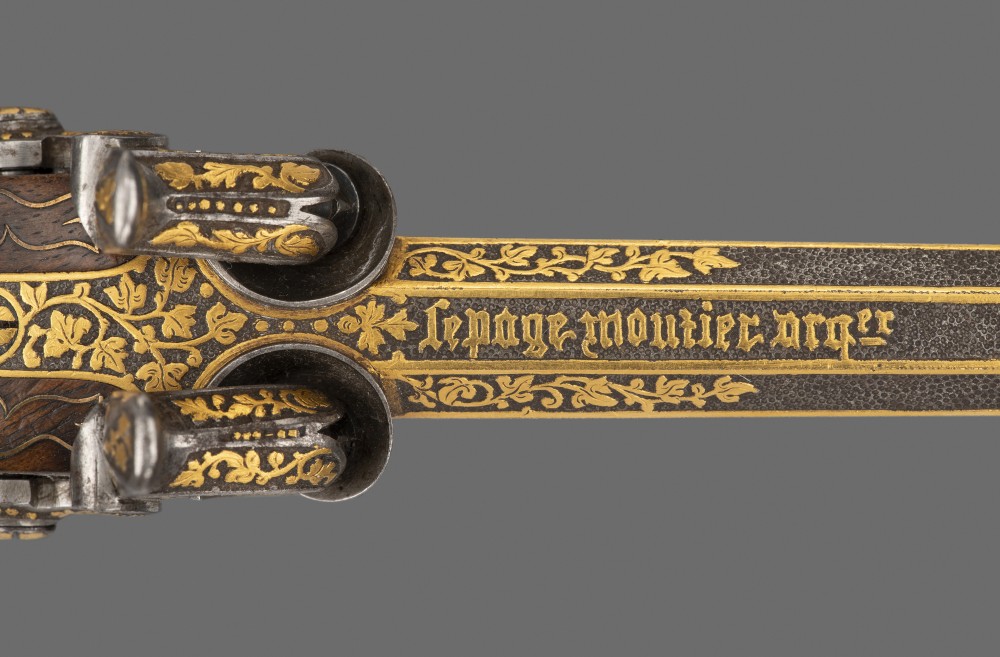 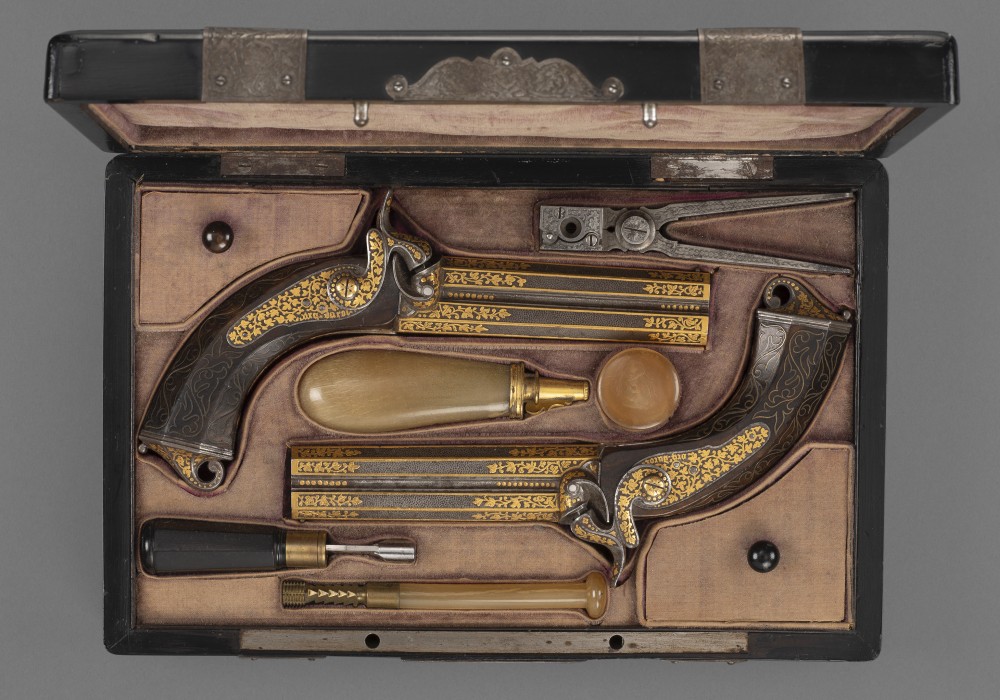 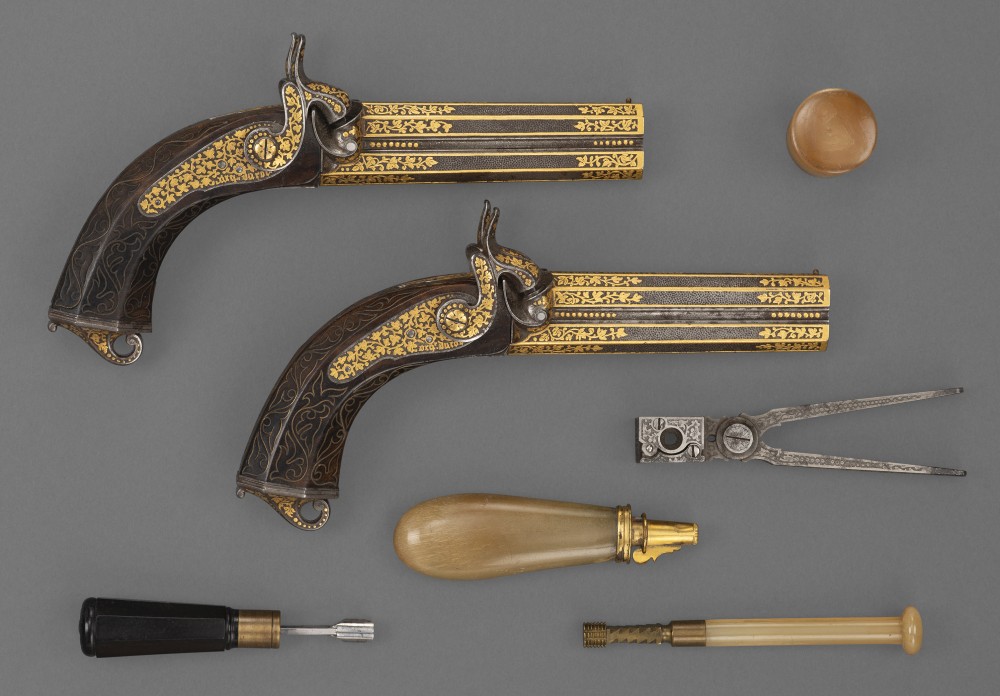 Damascened and inlaid with two colours of gold, these rifled over-and-under percussion single-trigger pistols were made by the gunmakers, to the King of France among others, Lepage-Moutier.

The firm of Lepage-Moutier was founded in 1842 by the gunmaker Louis Moutier who succeeded in that year to the business established by Henri Lepage. The business is recorded at 8 Rue de Richlieu, Paris, 1842-1865. Louis Moutier was in turn joined and succeeded by his nephew Emile Henri Fauré Lepage in 1865 and the new business continued until 1913.

As is evident from the signatures on the present pistols the firm of Lepage-Moutier were gunmakers to King Louis-Philippe (r.1830-1848). The outstanding technical and artistic accomplishment of Lepage-Moutier is revealed in the firm’s history of prestigious awards at the Industrial exhibitions held in Paris and London within the firm’s period of activity. Silver medals at the Paris Expositions of 1844 and 1849, and a 1st Class medal at the exposition of 1855. Further Silver medals were earned at the Great Exhibition of 1851 in London and again in 1862.