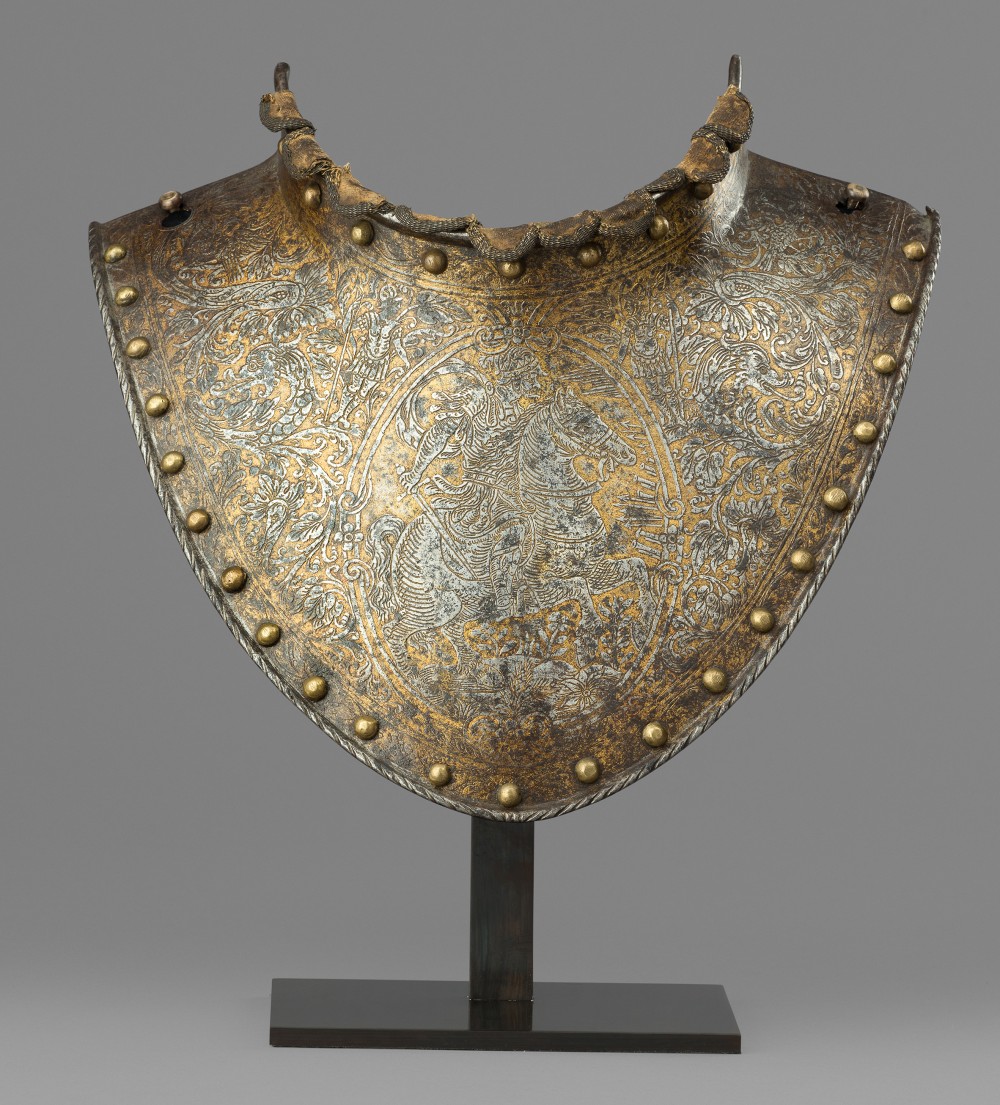 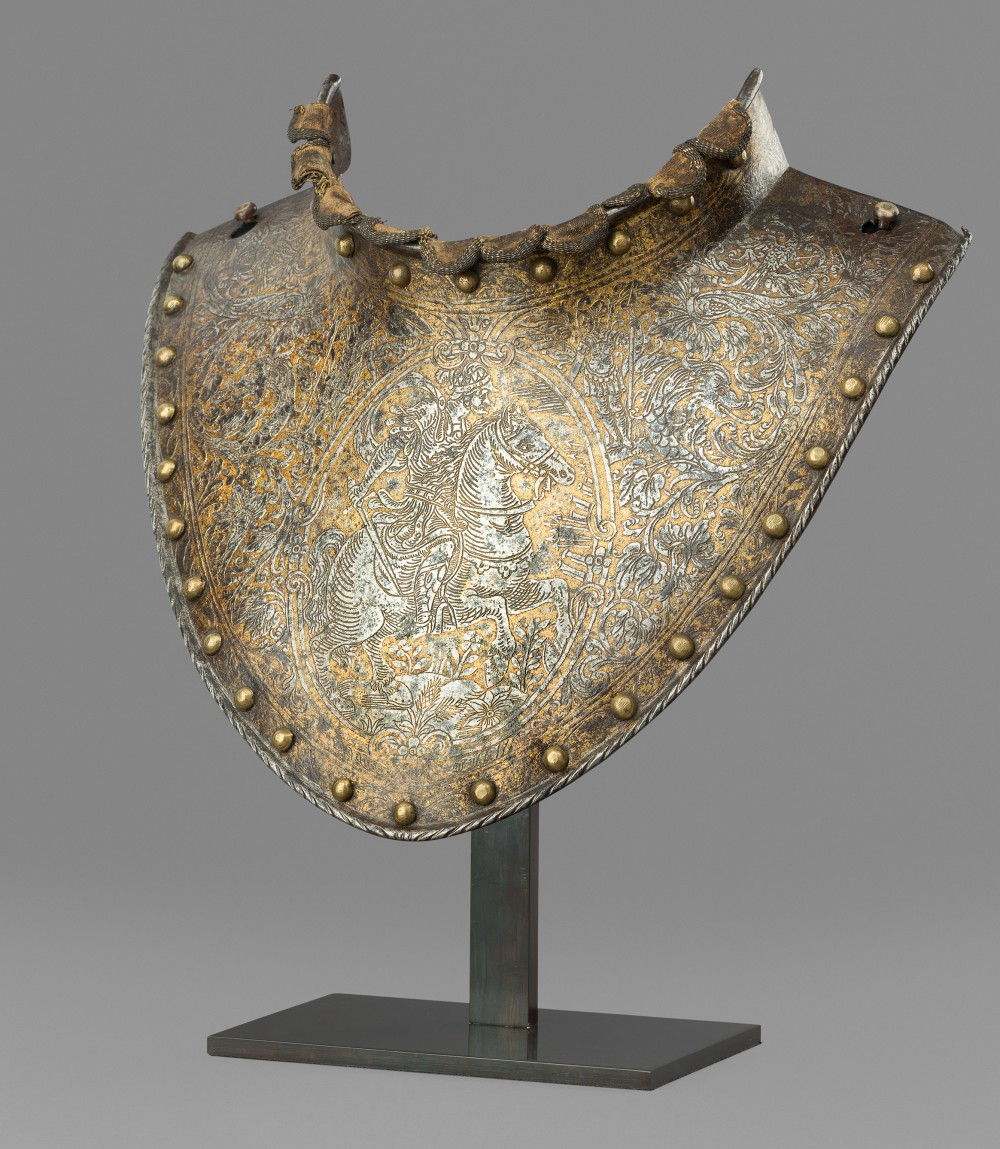 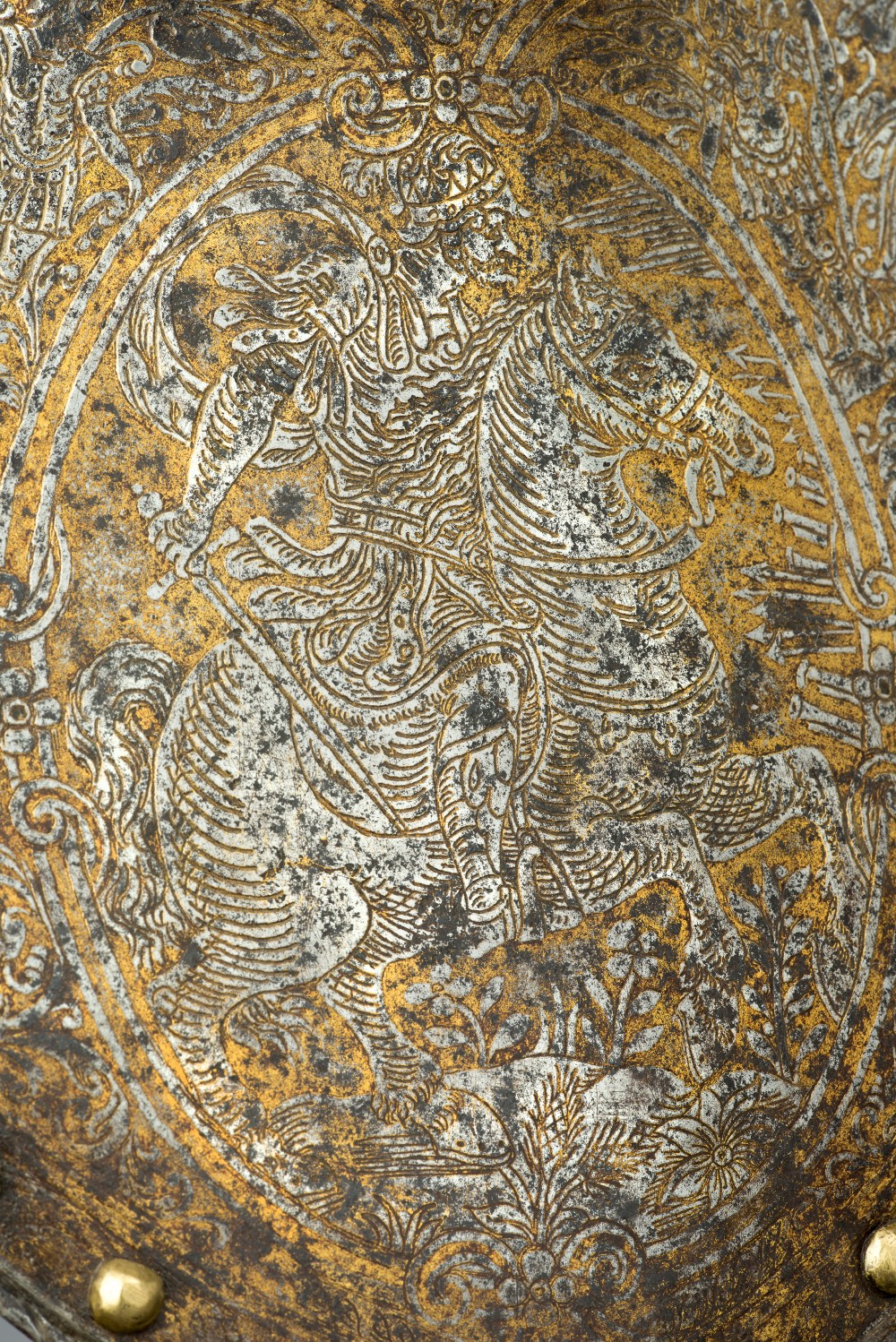 This gorget was made to be worn independent of armour, perhaps with a coat of buff leather, and indicated the owner was an officer. The emblematic composition of the etched design is inspired by the Italian, German, Flemish and French books of mannerist engravings of symbolic subjects published in the second-half of the 16th century. These were popularly used as pattern books across the range of French decorative arts. The use of warrior figures wearing armour in the fanciful Roman antique style, called all’antica, is typical of the period. The central figure in the present gorget’s design is undoubtedly a personification of bravery.

The town of Moulins in the Auvergne region, seat of the Dukes of Bourbon, was second only to Paris in its renown for manufacturing fine etched armour and this gorget could only have been created in the workshops of one of these two cities.

A comparable French etched gorget or colletin, dated circa 1600, is in the Royal Collection at Windsor (RCIN 38793); its etched composition similarly draws on figural designs. An Italian embossed gorget of circa 1610, with a frontal plate shaped very similarly to the present, is in the Wallace Collection (A 238).