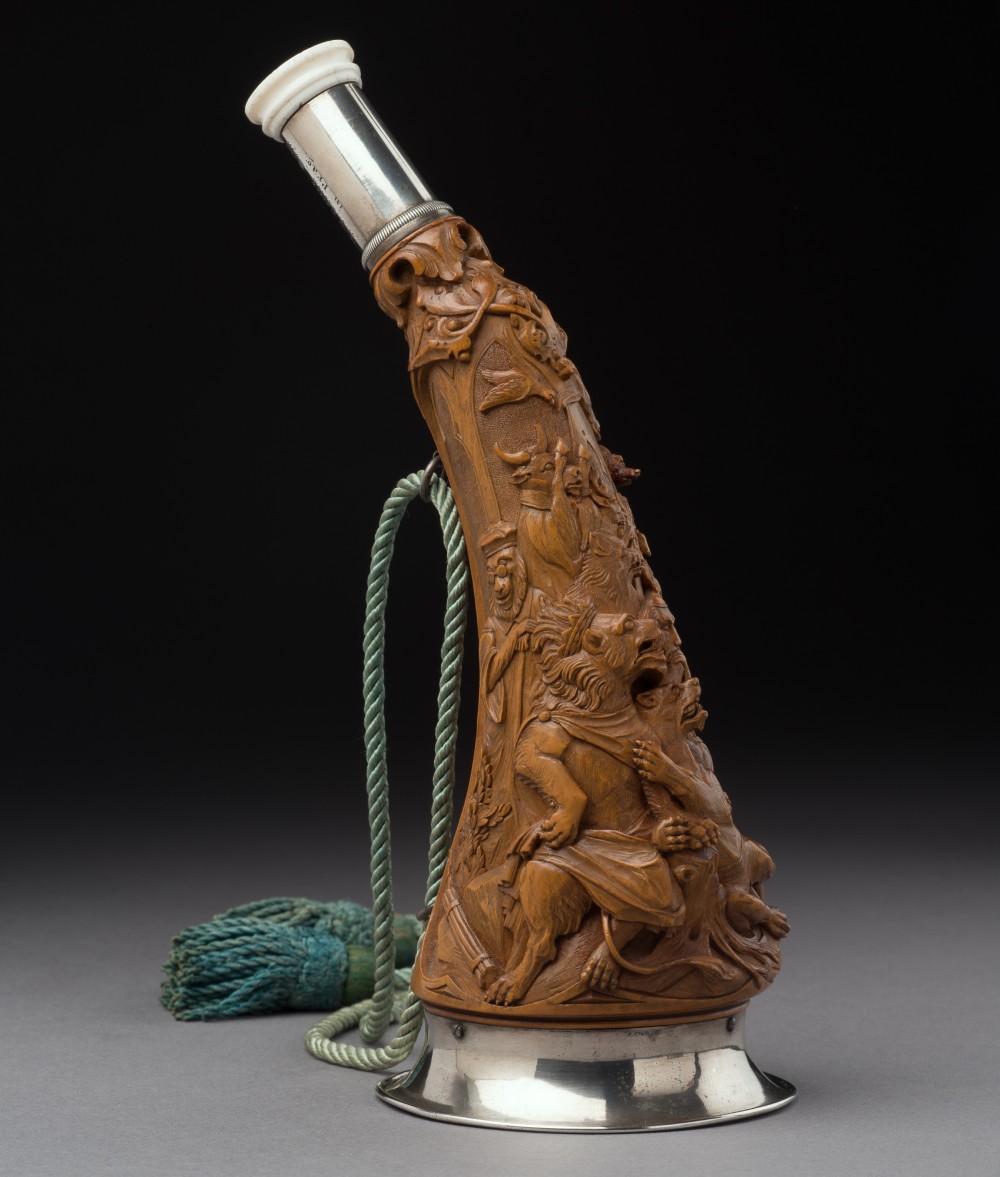 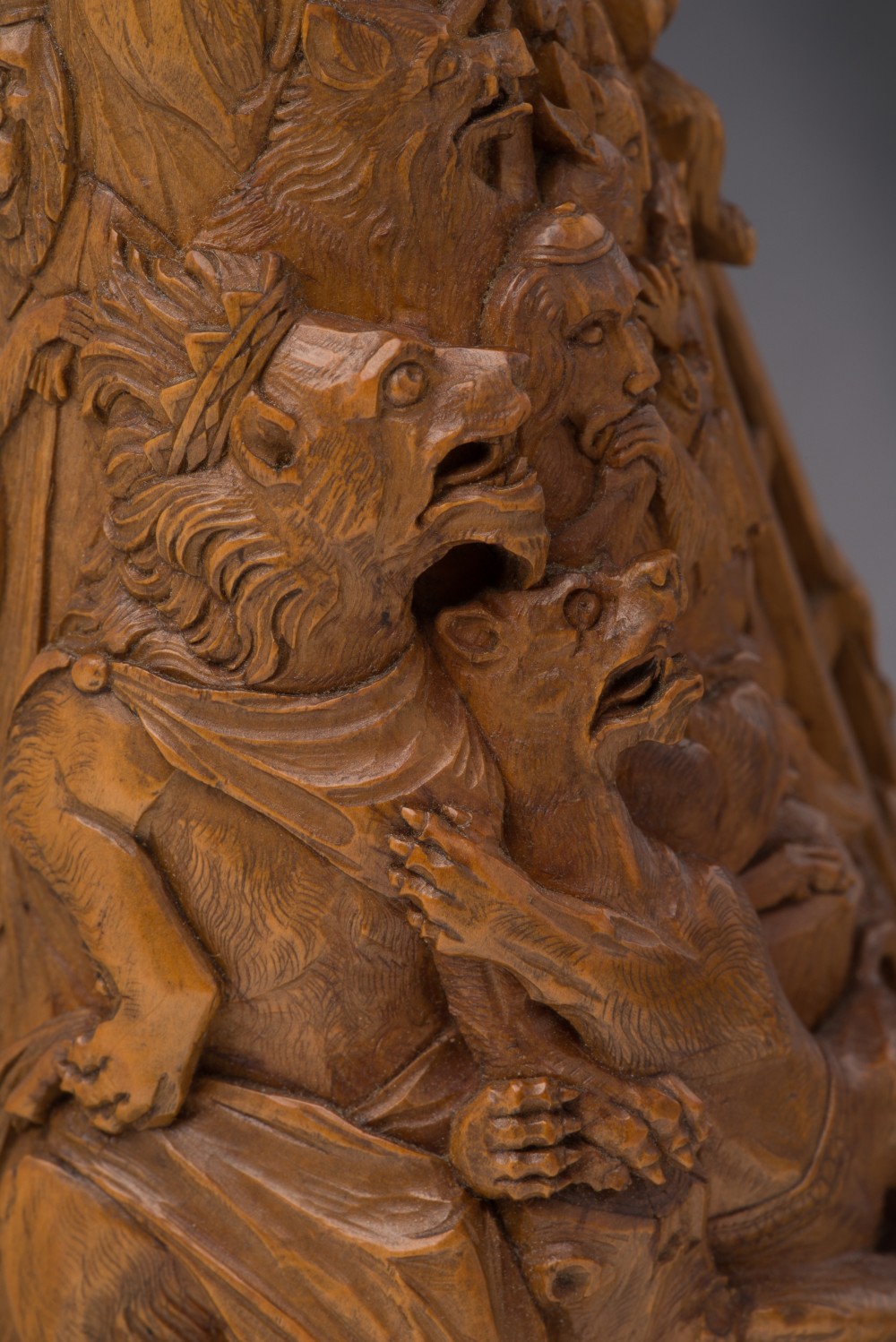 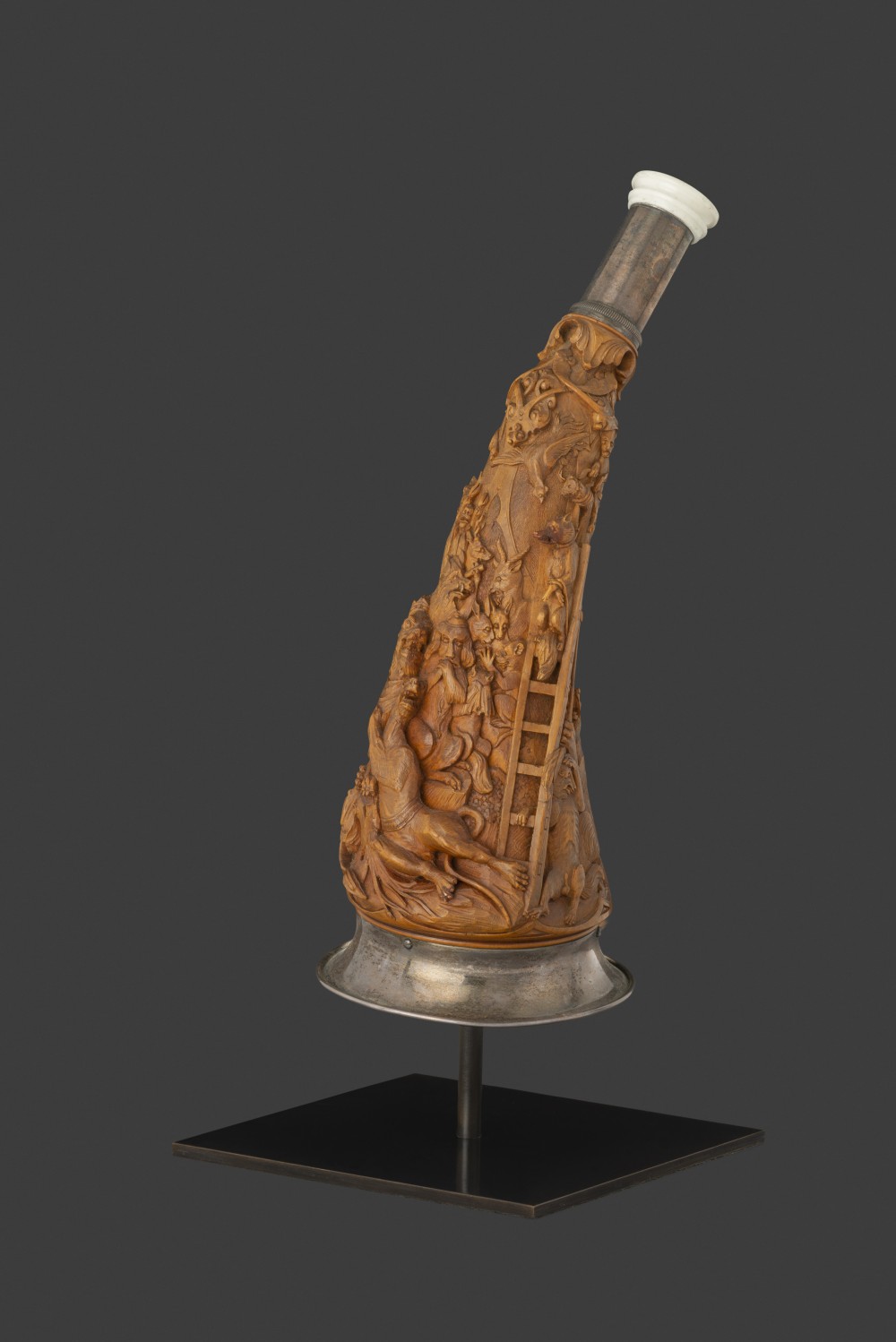 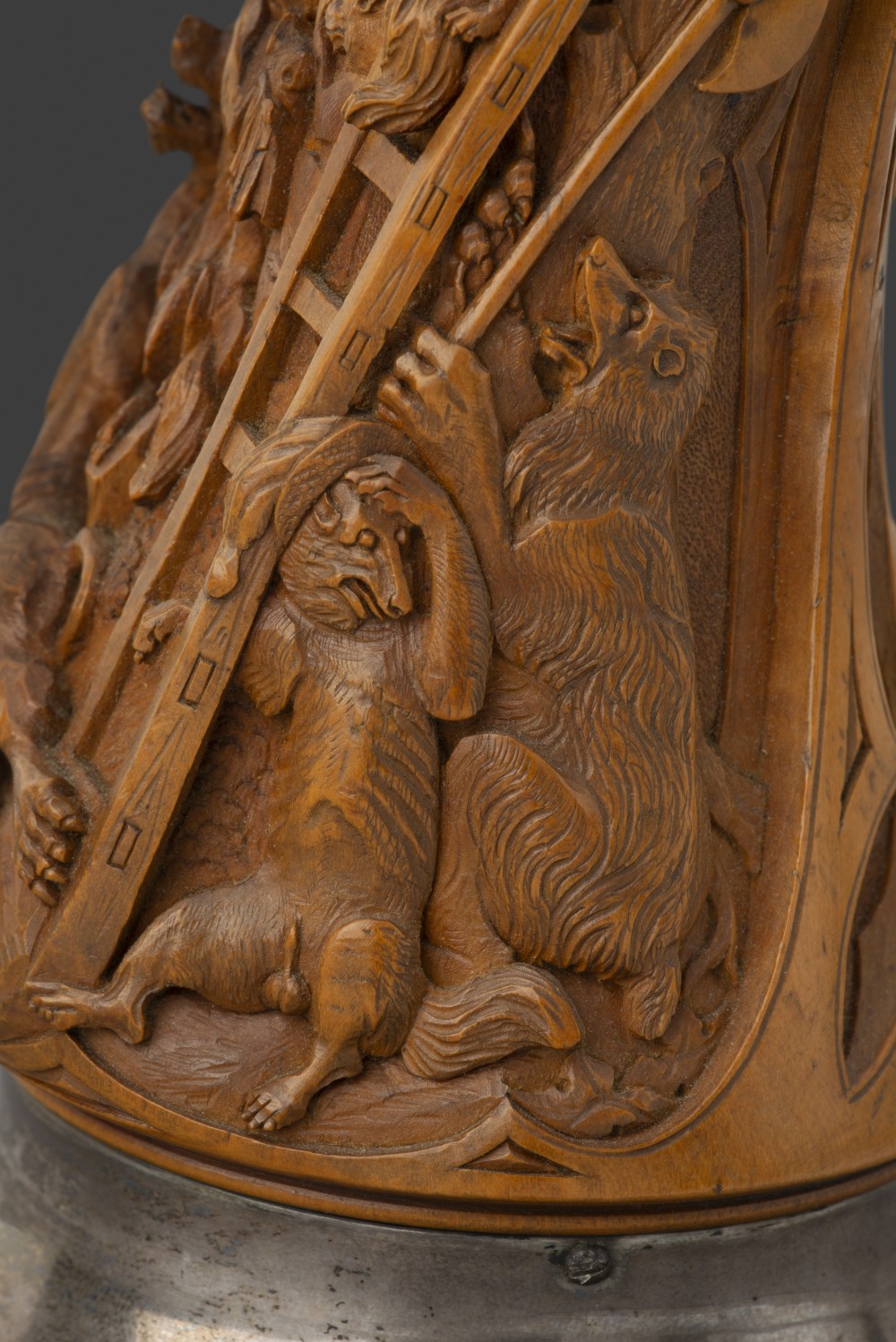 This beautifully carved hunting horn would once have formed part of the ceremonial hunting dress of a wealthy continental European sportsman. As the retailer’s name on this horn’s collar indicates, it was made in the Prague studio of the famous Bohemian gun-maker Anton Vinzent Lebeda (1797–1857).

Lebeda became a master gunsmith in 1822. In 1852, in reflection of his standing as a gun-maker of the highest quality in the Austro-Hungarian Empire, Lebeda was appointed gun-maker to the Imperial Court of Emperor Franz-Joseph – himself an active and avid sportsman. Lebeda also made guns and sporting equipment for British and European royalty and examples of his work are in many public collections worldwide.

The scene that so finely decorates the wooden body of the present horn is taken from the folk tale Reineke Fuchs (Reynard the Fox), a tale current throughout northern Europe from the twelfth century and thought, perhaps, to originate in Flanders.