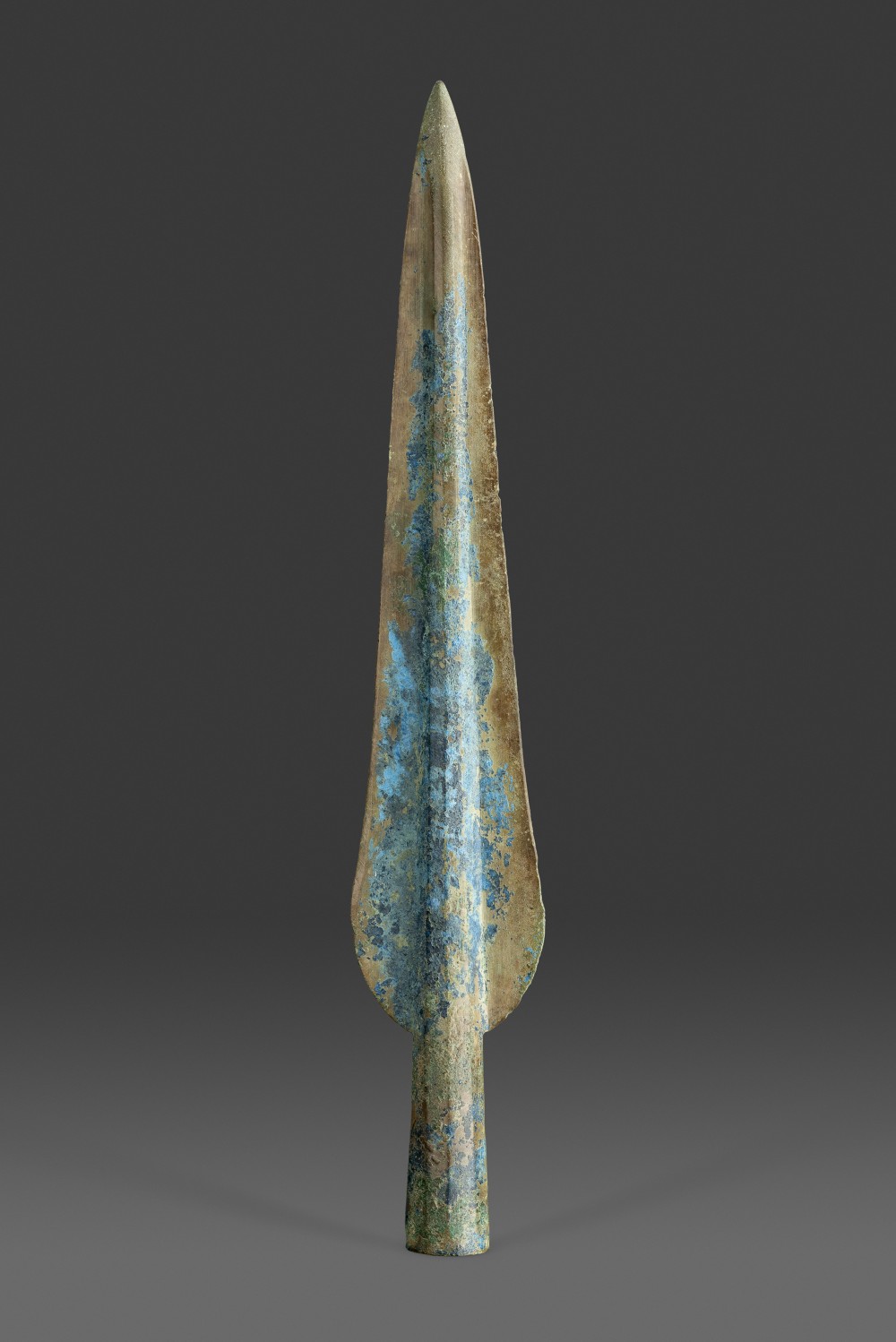 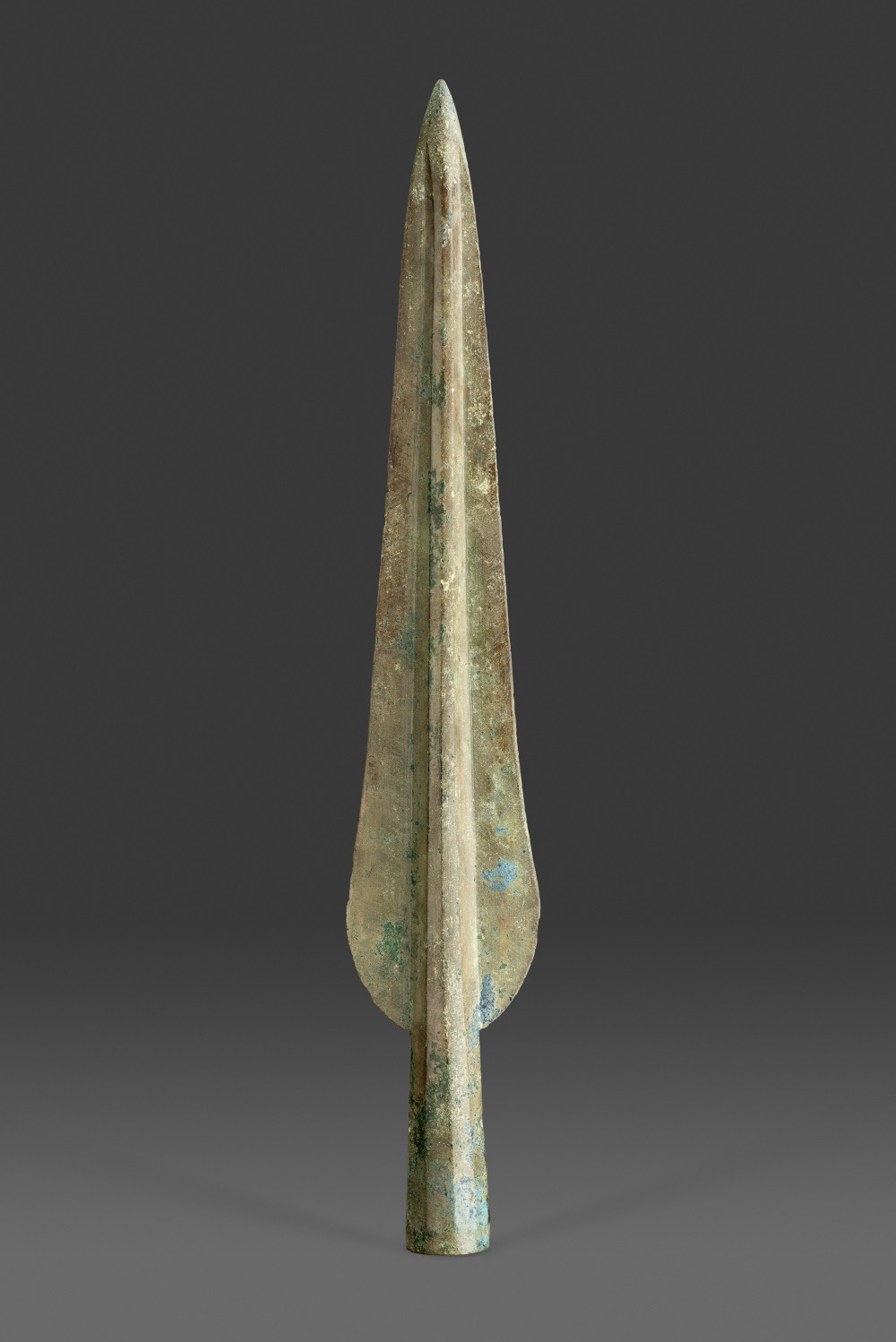 Villanovan culture was the earliest Iron-Age civilisation to inhabit Adriatic Etruria on the Italic peninsula, today the regions of Emilia Romagna and Tuscany, and in its later phase it saw the rise of the Etruscans. The culture takes its modern label from the site of the first related archaeological finds made in the 1850s, from ritual burials, near Villanova, outside Bologna. The evidence of surviving artefacts reveals increasing Greek influence that arose from contact with Greek traders. Following the Villanovan, ancient Etruscan culture was established in the region of Italy which corresponds approximately to modern Tuscany. The earliest artefacts which bear Etruscan language inscriptions date from the end of the 8th century BC, and the culture continued until its absorption into the Roman Republic in the 4th century BC.

Bronze lance-heads, together with armour, swords and items of adornment formed the most closely held possessions of Villanovan and Etruscan aristocratic warriors. In death, therefore, these would form a part of the votive offerings placed in the tomb as a reflection of a warrior’s exalted rank. In the art of Etruscan mythology, the lance is included frequently in depiction of the acts of epic warrior deities and heroes, these are notably detailed in tomb paintings and painted luxurious pottery wares.