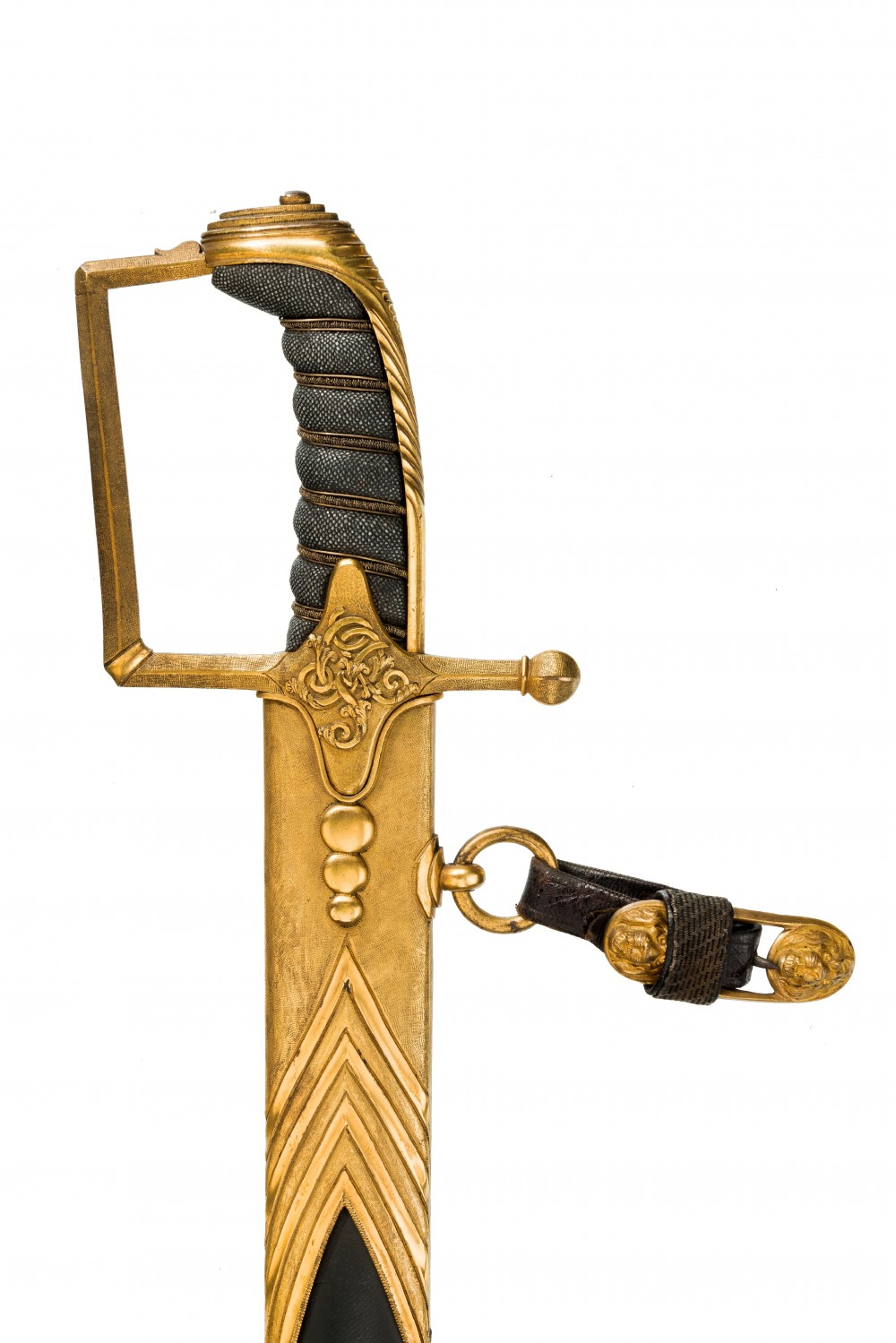 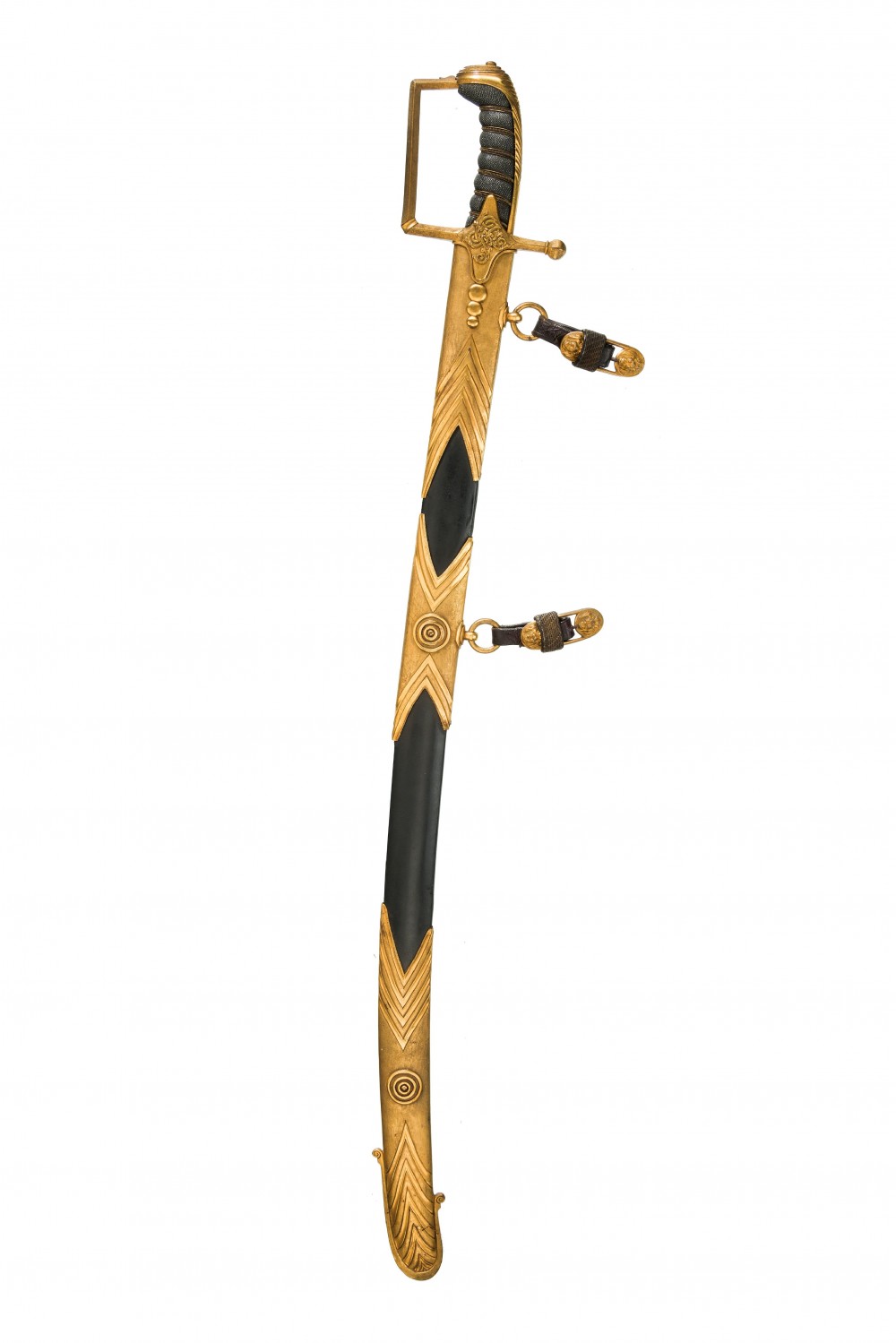 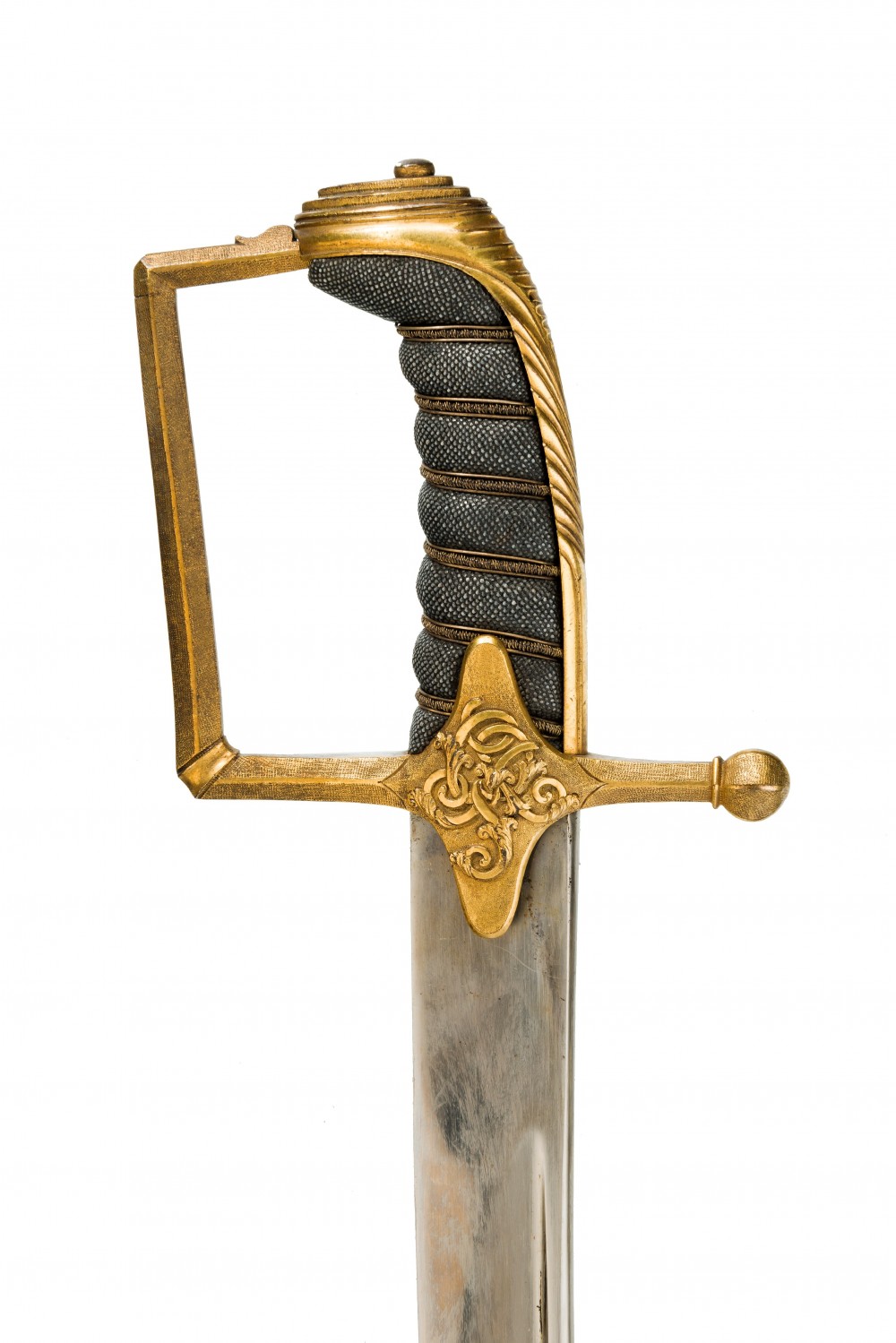 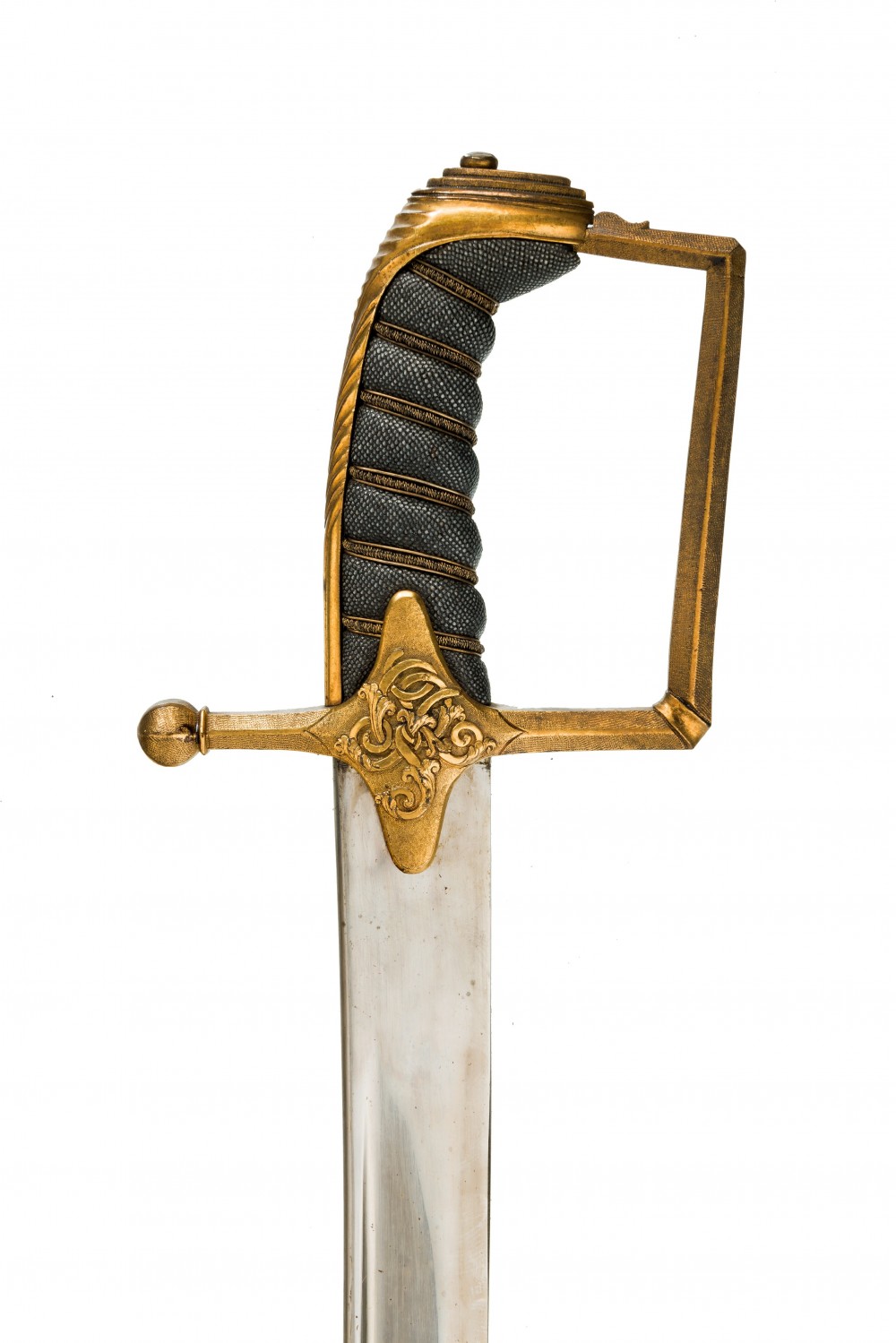 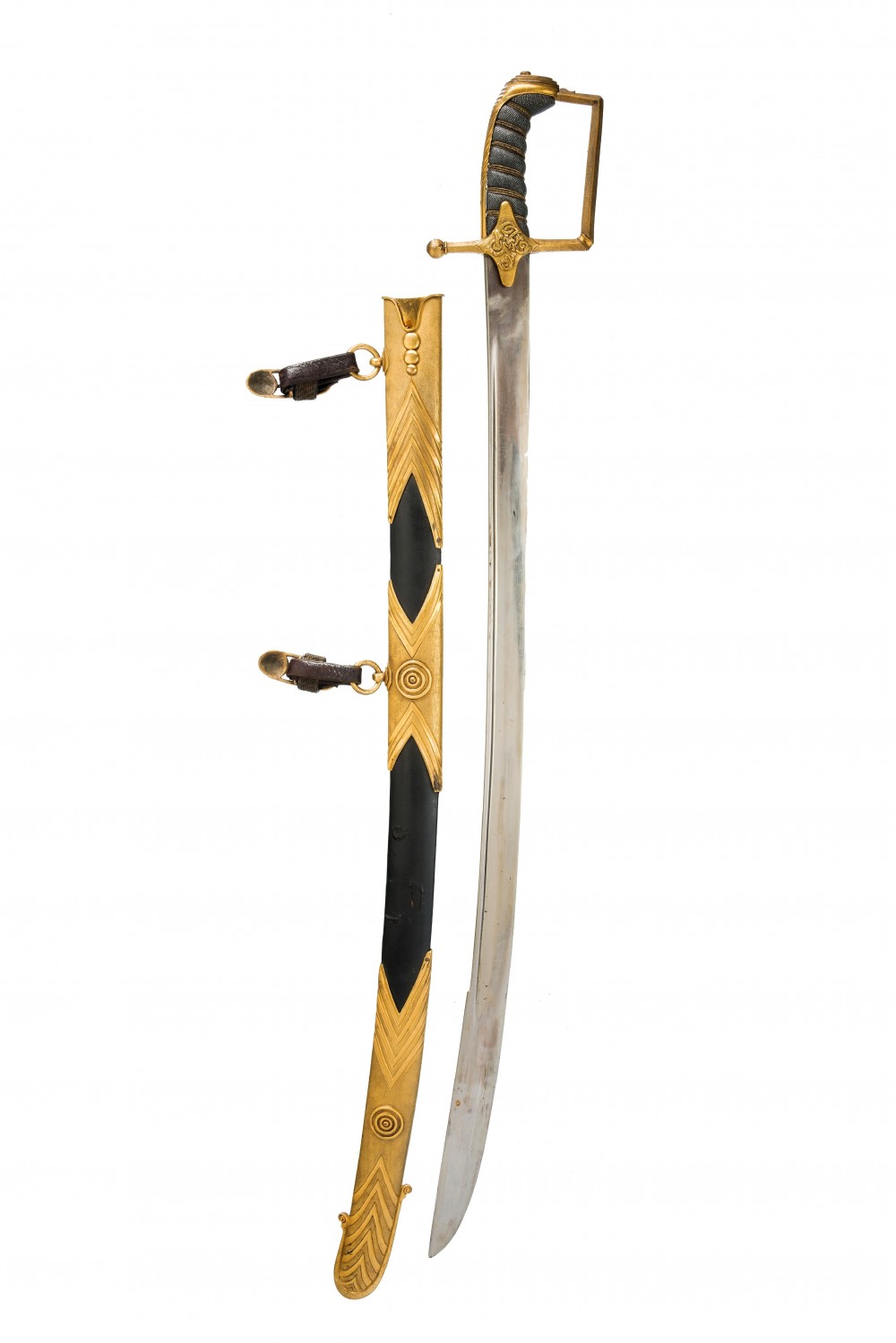 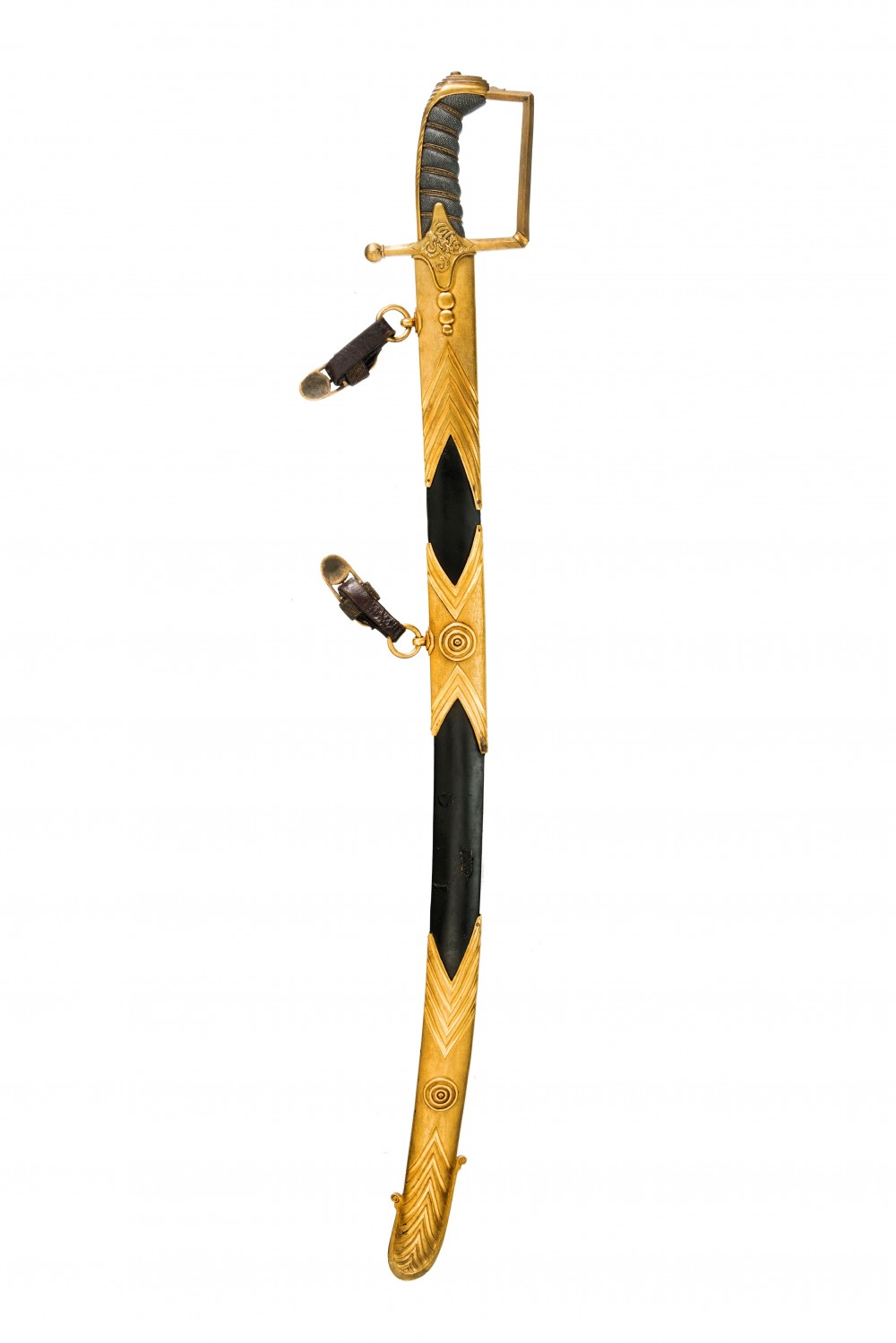 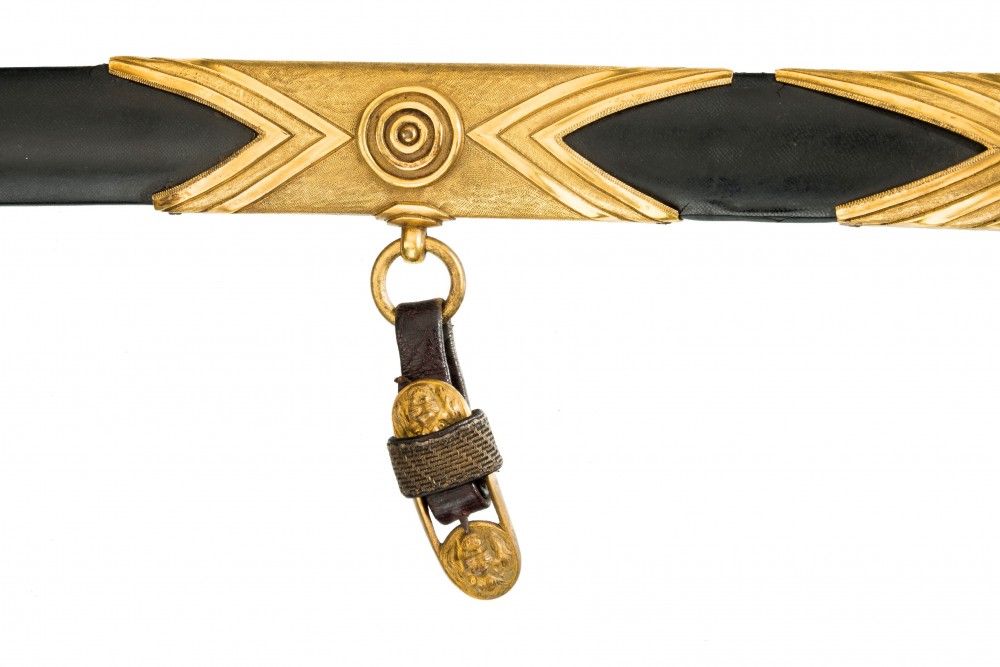 H.R.H. Ernst Augustus, Duke of Cumberland (1771-1851), 5th son of George III, King of Hanover from 1837 Descended through the Hanoverian royal line to H.R.H. Ernst Augustus, Hereditary Prince of Brunswick (1914-1987) Obtained by a German private collector, directly from the Hanoverian royal armoury at Schloss Marienberg, by arrangement with the reigning Prince of Brunswick; this sword and the transference of its ownership recorded by Norman in his research notes relating to two very closely comparable swords in the Royal Collections, Windsor Castle (L 887 and L931), most probably made for George Augustus Frederick The Prince Regent

A.V.B. (Nick) Norman, the late senior authority on the royal edged weapons, died prior to completing his catalogue of the collection of edged weapons in the royal collection at Windsor Castle. His unpublished manuscript, however, includes entries for two swords in the collection, each closely related to the present one: see MS. pp. 1148-9, Laking inv. no. L 931, with further reference both to L 887 and to the present sword also.

These three swords have in common on their hilts the somewhat complex royal cypher, read as the letters GG, identified by Norman as that of the Prince Regent, although previously miss-read by Laking as ‘GPR’; in common with the monogram on the present hilt, that of L 931 is uncrowned.

The Windsor archive contains the following record of L 931, the supplier’s name given as “M (sic.) Prosser Dec.r 28 1811”: “This sabre is partly a Copy from the Prussian or Zeiten Hussars; sent to Windsor 23 April 1842”.

John Prosser was sword cutler to George III, and by 1808 he included “… and their Royal Highnesses  the PRINCE of WALES, DUKES OF YORK, KENT and CUMBERLAND …” to his bill headings: see Southwick 2001, p. 199. Given the very close similarities which exist between the three swords under discussion it is almost certain that all three were supplied by Prosser.