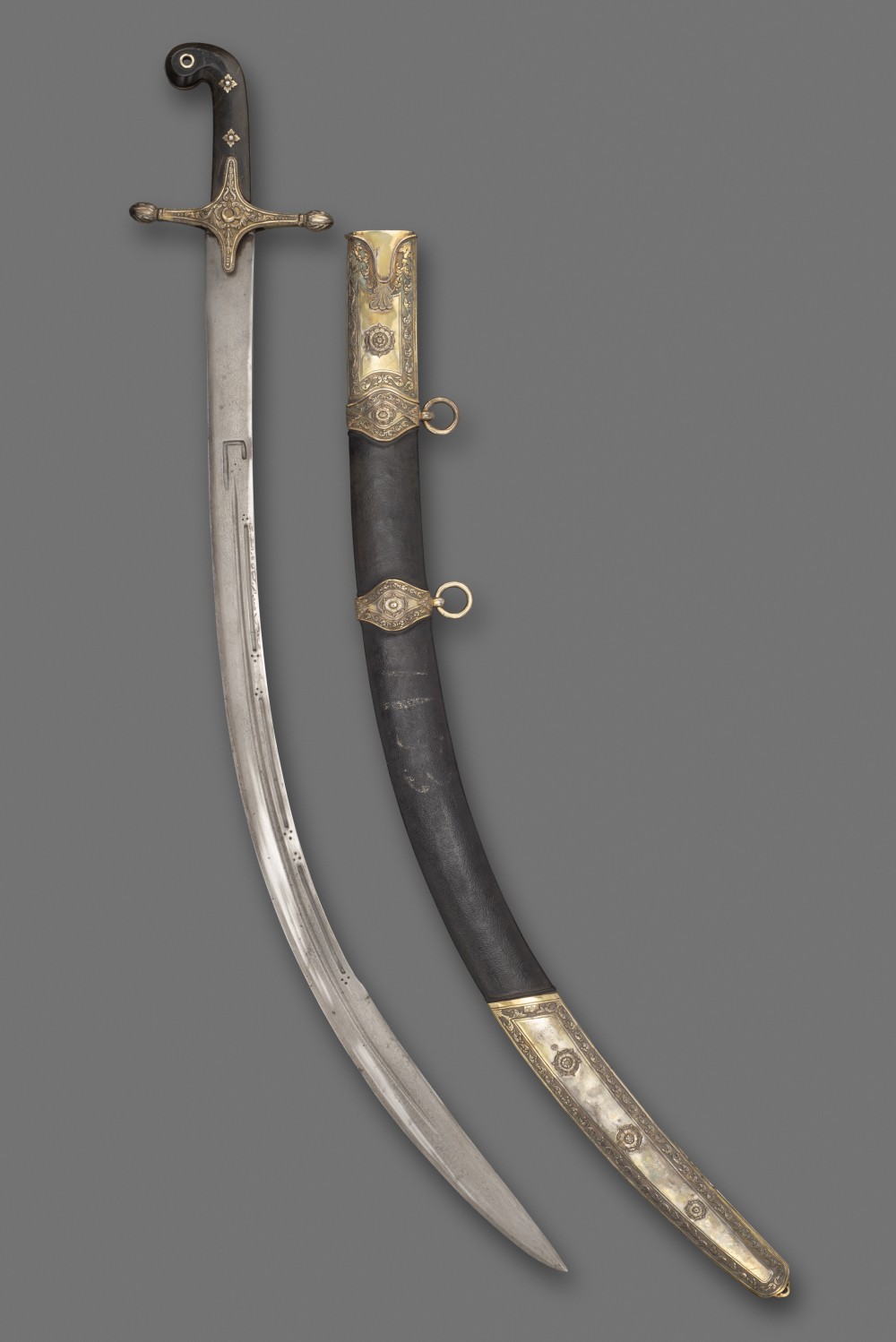 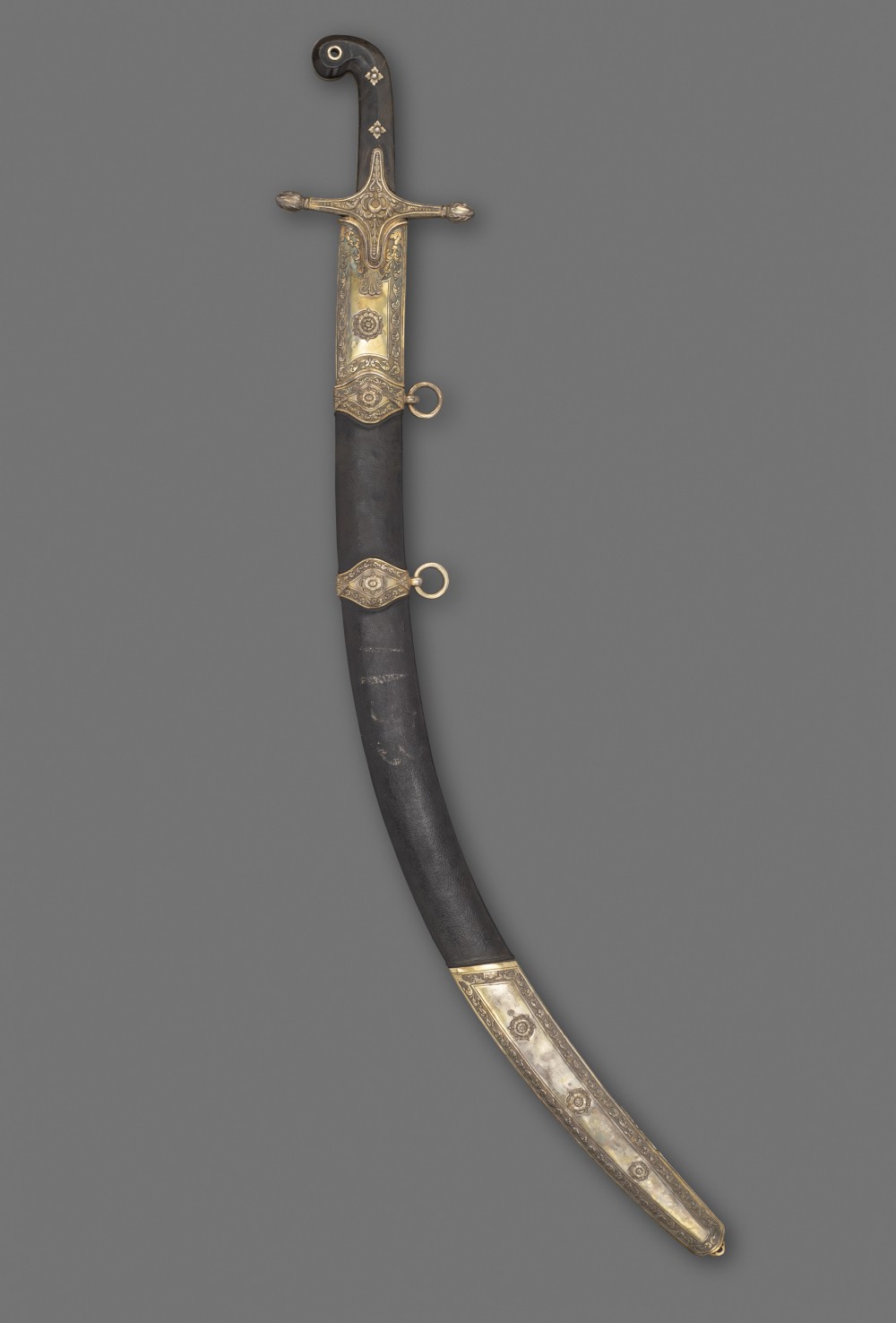 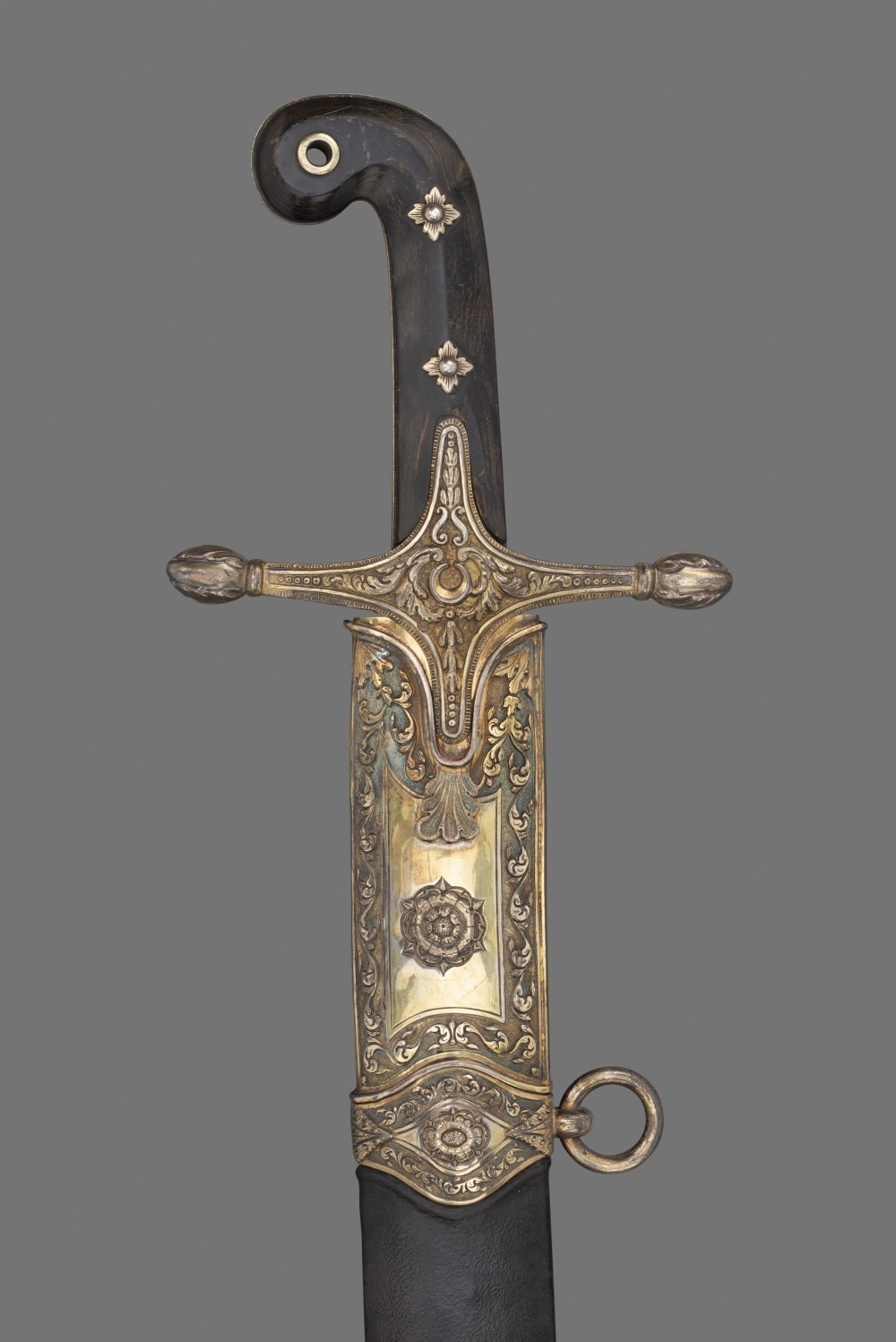 Sabres of this neo-Eastern type were highly fashionable among British cavalry officers within the Regency period, largely among the Light Dragoons and Hussars and doubtless to lend a little more “dash”. Some examples were mounted with an authentic blade, as in this instance, frequently a family trophy from earlier service in India, particularly in the years following the historic British defeat of the warlord Tipu Sultan in 1799. The inscription on the blade is Arabic, from which the Persian of the Mughal empire was derived. Arabic is also the language which appears on the wide range of edged weapons and firearms associated with the extensive armouries of Tipu Sultan at Seringapatam in Mysore.

The silver maker’s mark IP is most likely that of the accomplished royal sword cutler John Prosser (circa 1769-1837), whose signature is engraved on the scabbard locket. John Prosser was appointed a Sword-cutler and Belt-maker-in-Ordinary to George III in July 1795; he registered his silver mark in the Smallworkers’ Book at Goldsmiths’ Hall on 4th April 1796 and established his business at 9, Charing Cross, London.

Prosser manufactured and supplied a magnificent sword mounted in silver-gilt which was presented by the Corporation of London with the Freedom of the City of London to Thomas Masterman Hardy, Captain of H.M.S. Victory, Nelson’s flagship at Trafalgar; the sword is preserved at Lloyds of London. Prosser’s original headed invoice for Captain Hardy’s sword (for £ 105.0.0), describes Prosser as “Manufacturer of Arms and Accoutrements to the King and their Royal Highnesses the Prince of Wales, Dukes of York, Kent and Cumberland”.   It is of interest to note on this invoice that Prosser has recorded as an aide-memoire for the recipient that the Hardy sword had been ordered from Prosser by the then Lord Mayor of London in 1805/6, the invoice, presumably one from a long line of preceding versions, is dated 1814.