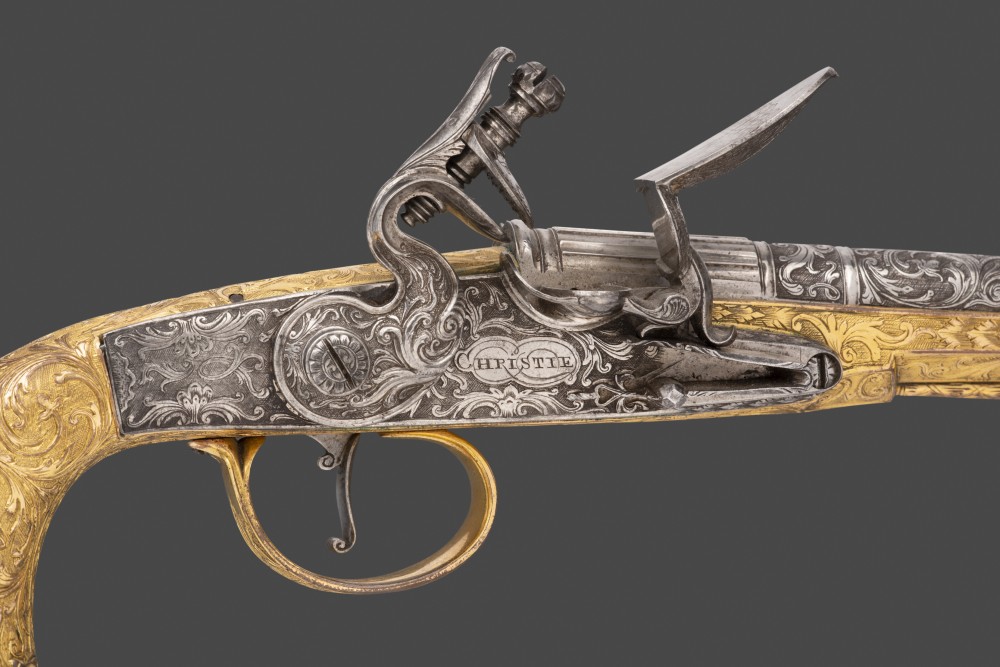 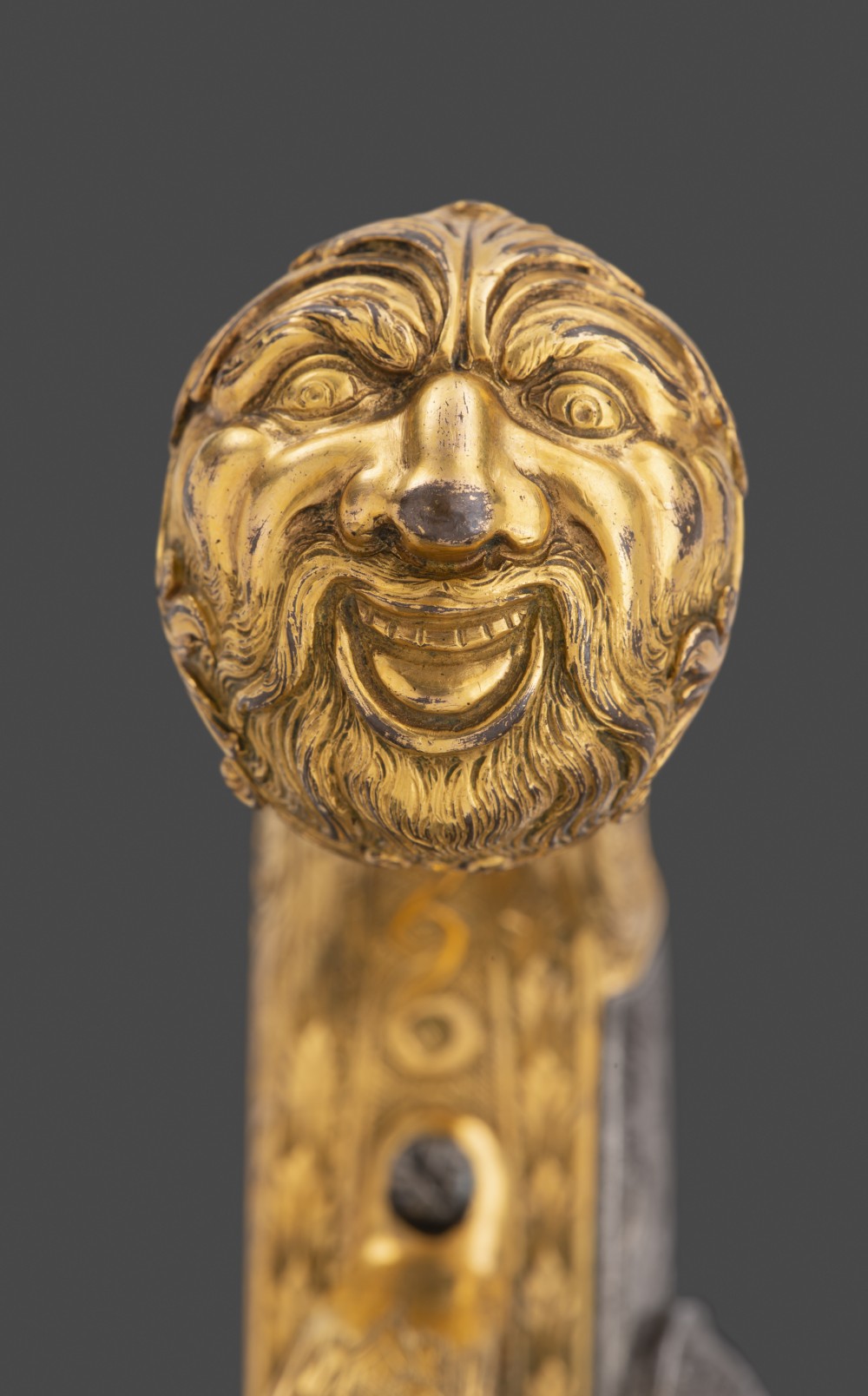 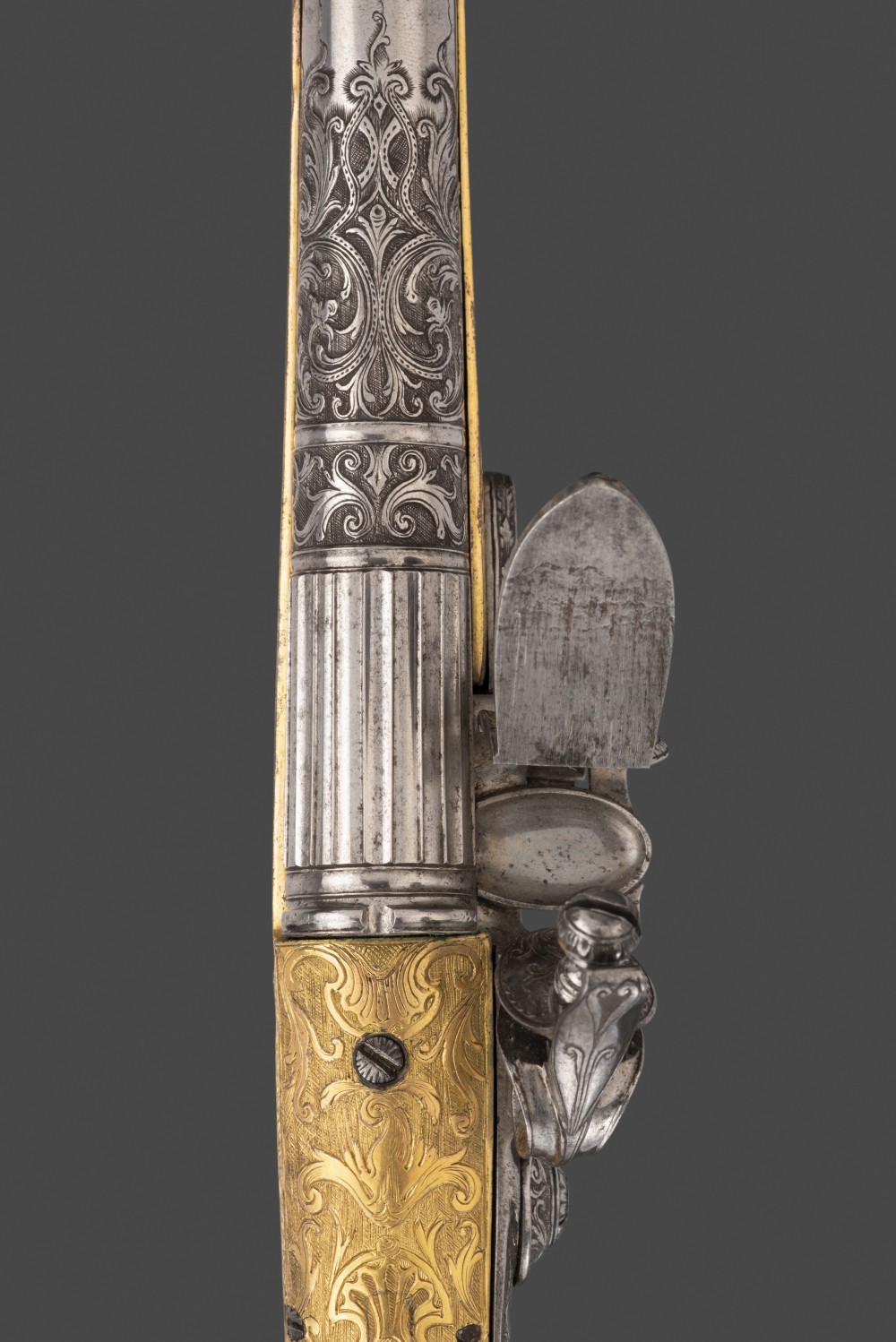 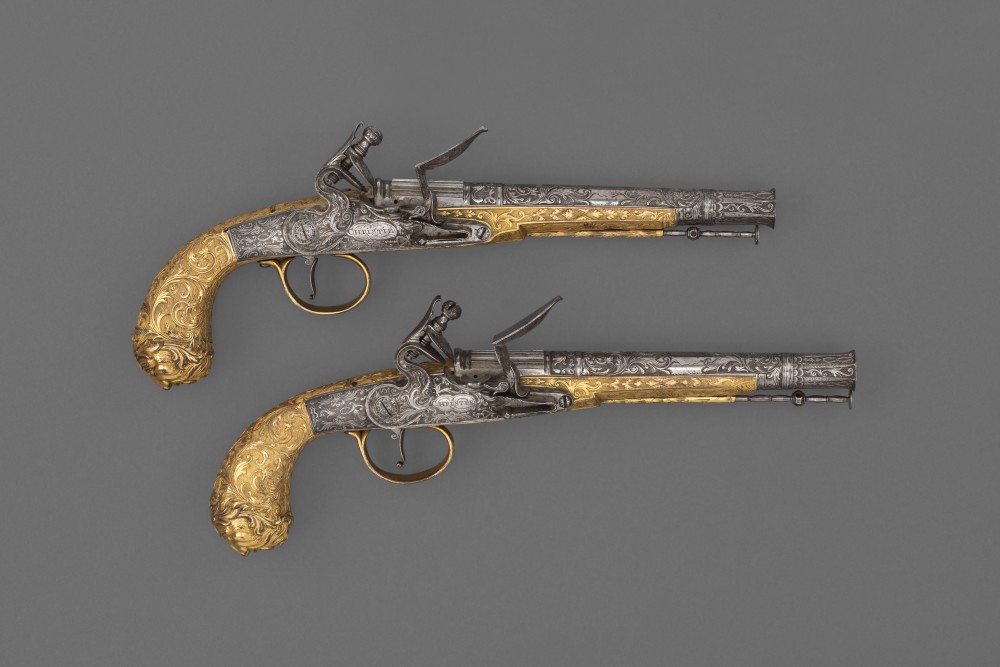 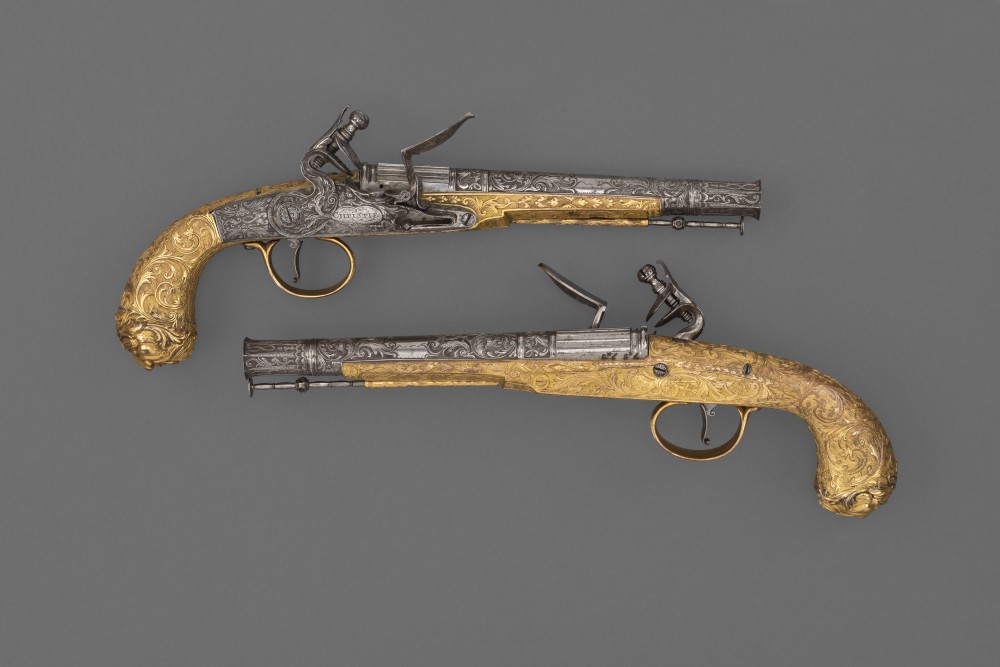 John Christie is recorded working in the Small Gun Office in the Tower of London from 1794-1830. The decoration on these pistols compares with that on a silver-stocked pistol made by Christie for George III; see Guy Francis Laking, The Armoury of Windsor Castle, European section, London 1904, pp. 1-2, case A, no. 1, pl.1

Throughout the greater part of the 19th century a pair of pistols was an essential part of the full Highland Dress costume worn on gala occasions and at high society Highland balls or Reels, all of which were rooted in the romantic Great Highland Revival begun by George IV.  While taking as their inspiration the true Scottish Highland all-metal pistols of the late 17th and early 18th centuries, the pistols used as an accessory to a would-be Highland gentleman’s elaborate costume were invariably made in England, such as in the present instance. These pistols were, however, extremely well made, technically superior in fact to the originals and all fully functioning.