An Anglo-Saxon Shield Boss and Corresponding Pair of Fittings, c. 650 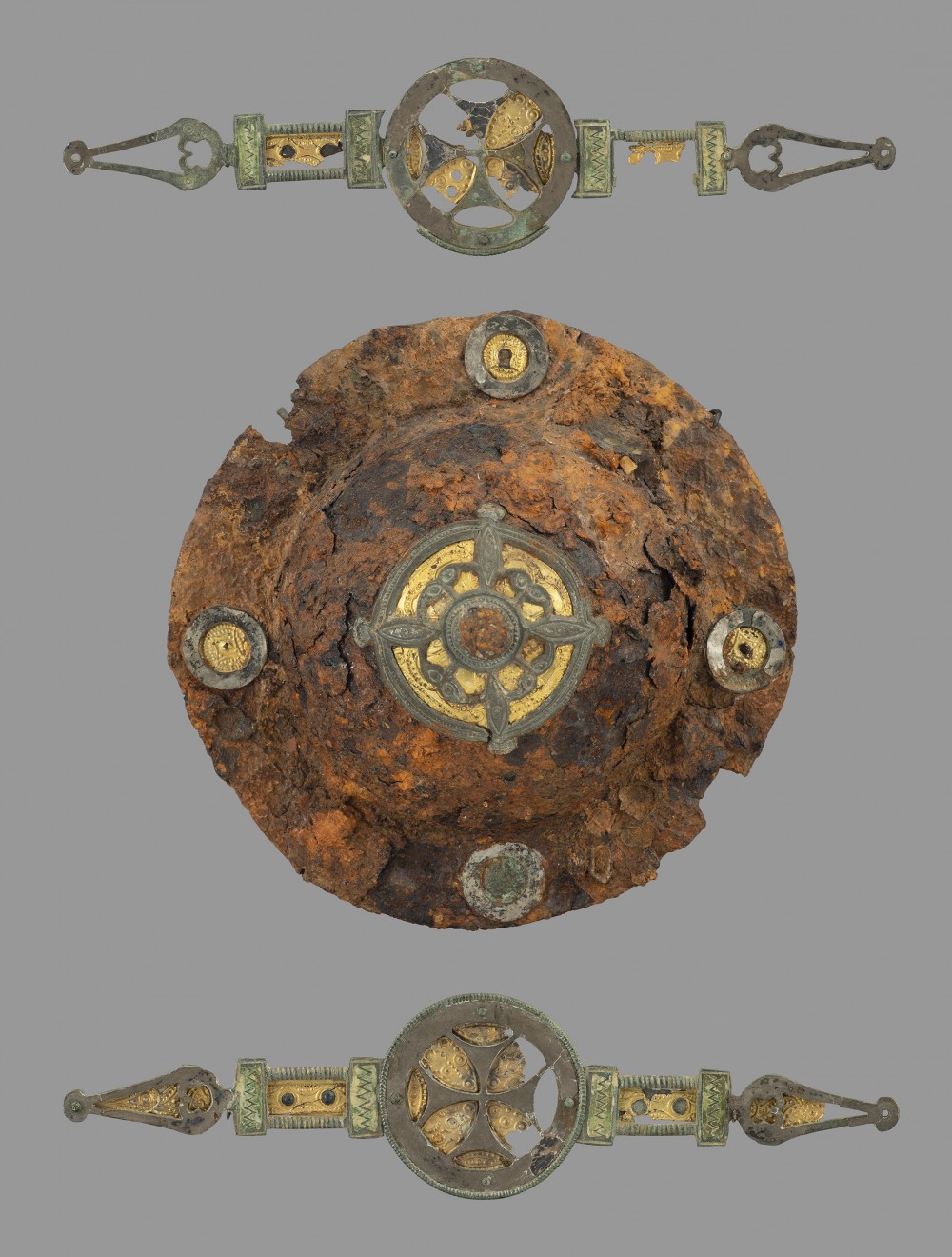 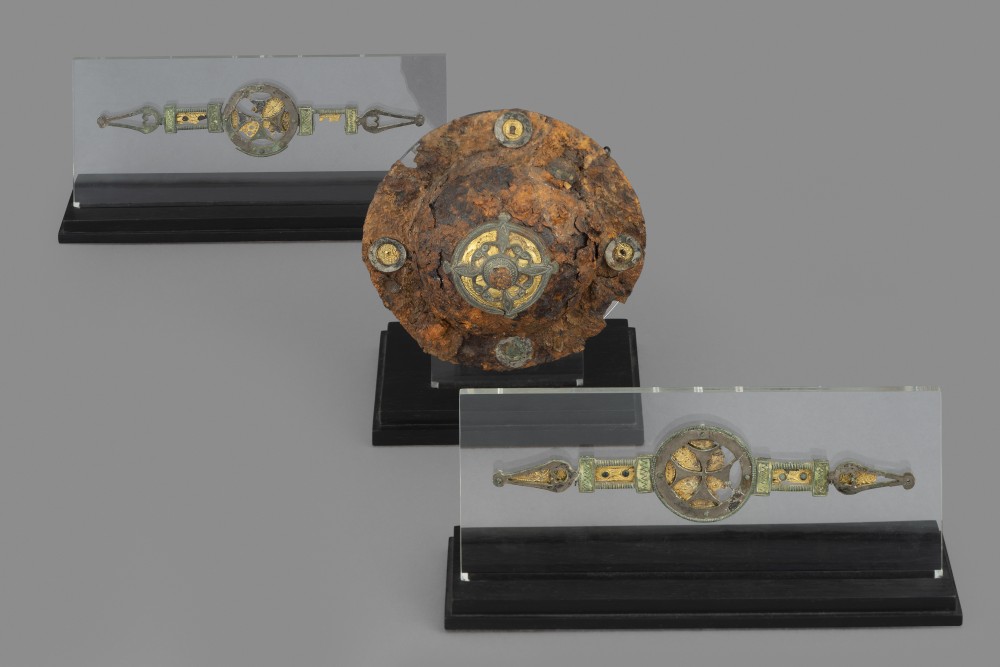 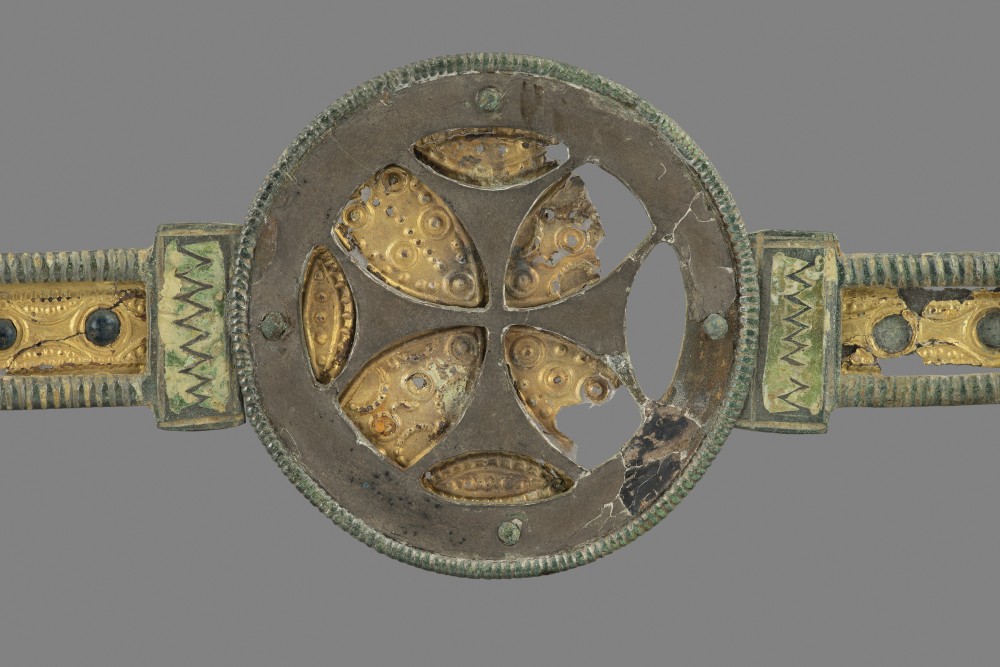 Anglo-Saxon shields comprised of a circular piece of wood constructed from planks that were glued together with animal glue. It was common for shields to then be covered in leather, to hold the planks together. They were often decorated with fittings of bronze or iron. in the present example the fittings are made of gilded silver. Our gilded silver mounts with cross pattée may have been chosen for their protective qualities.* Similar fittings were excavated in England, Suffolk, Sutton Hoo, Ship Burial Mound and are in the collection of the British Museum (1939,1010.94)

Considering the  use of gold and silver and the cross pattée symbol, which is an early knightly symbol, it is very possible that this shield boss and fittings belonged to a noble warrior of high status and wealth.

*See Tania Dickinson, T.M. Symbols of protection: the significance of animal-ornamented shields in early Anglo-Saxon England, Article from the University of York, 2005 and Dr. Ortwin Gamber, ‘The Sutton-Hoo Military Equipment – An Attempted reconstruction’, The Journal of The Arms & Armour Society (London), Vol. V, No. 6, June 1966