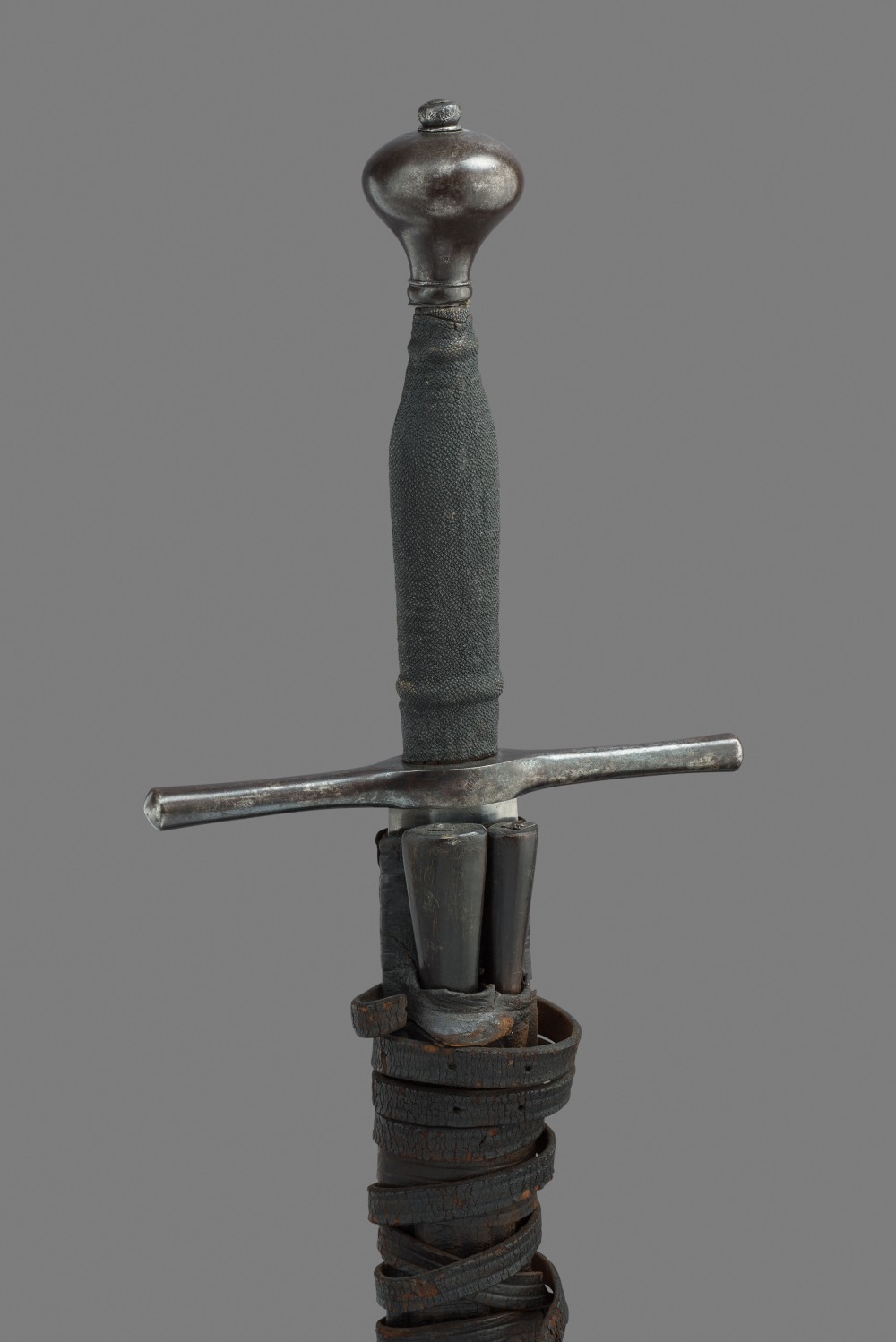 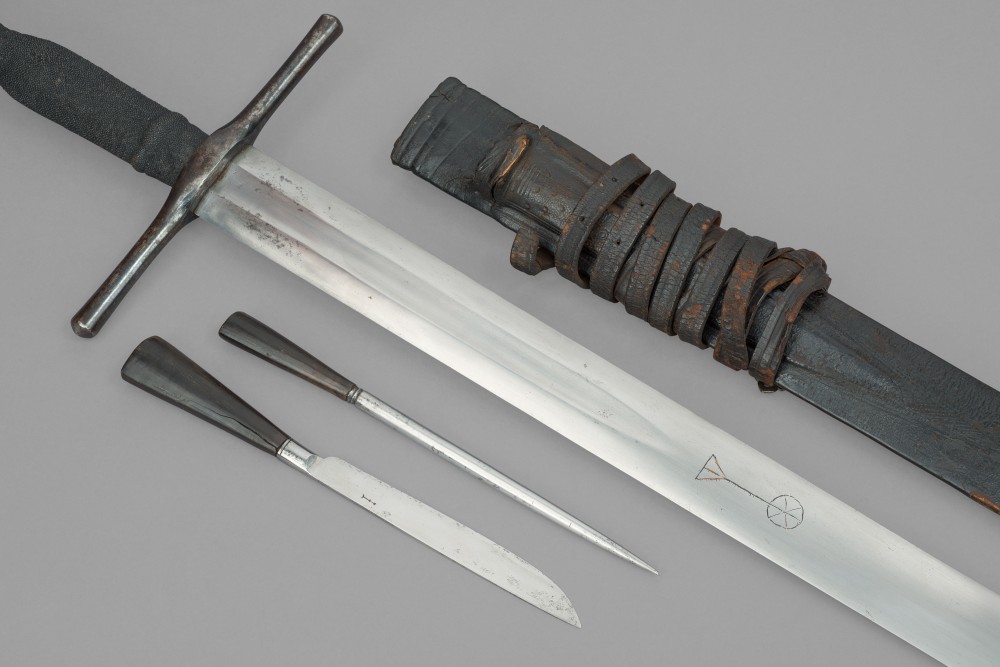 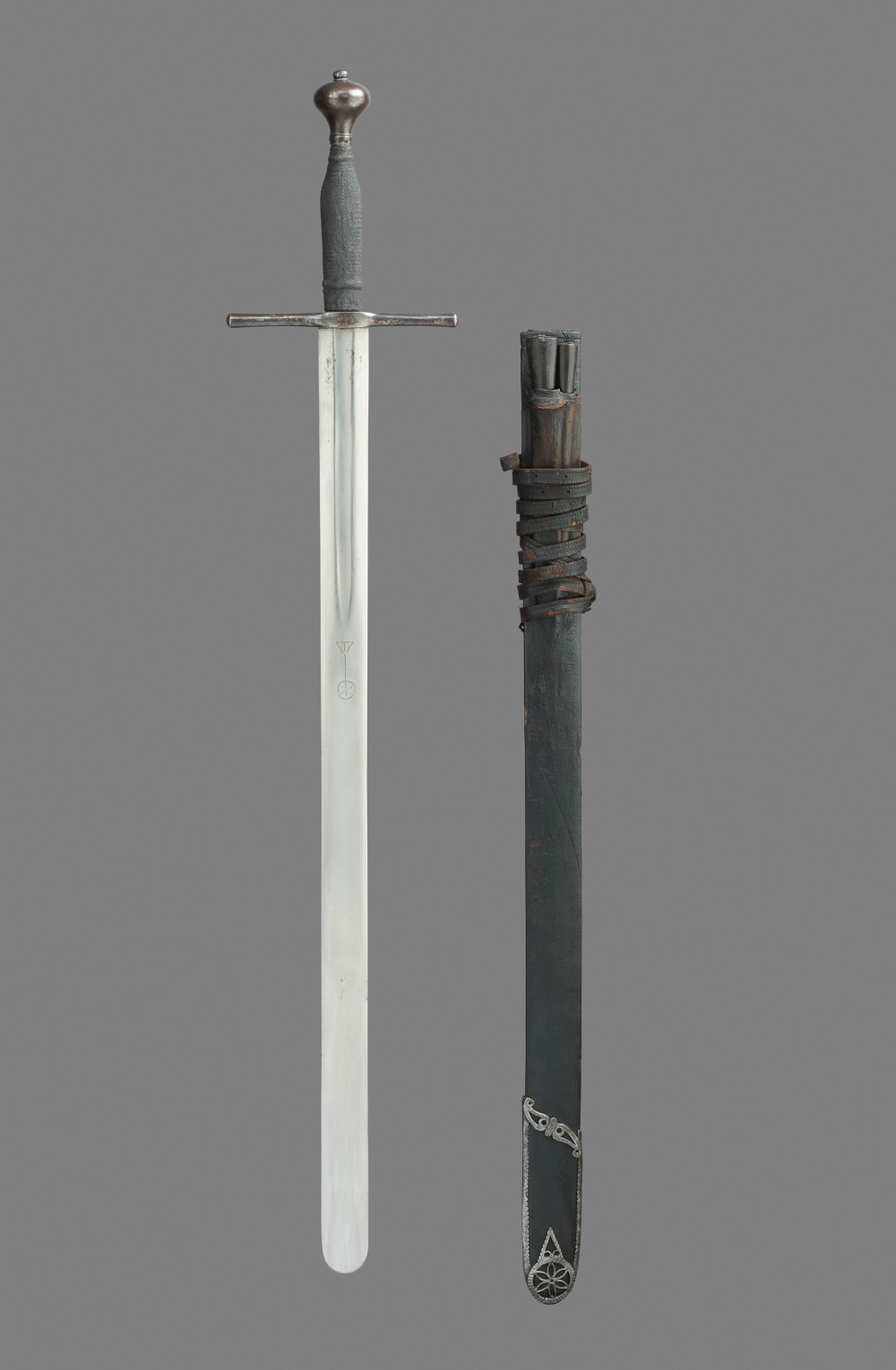 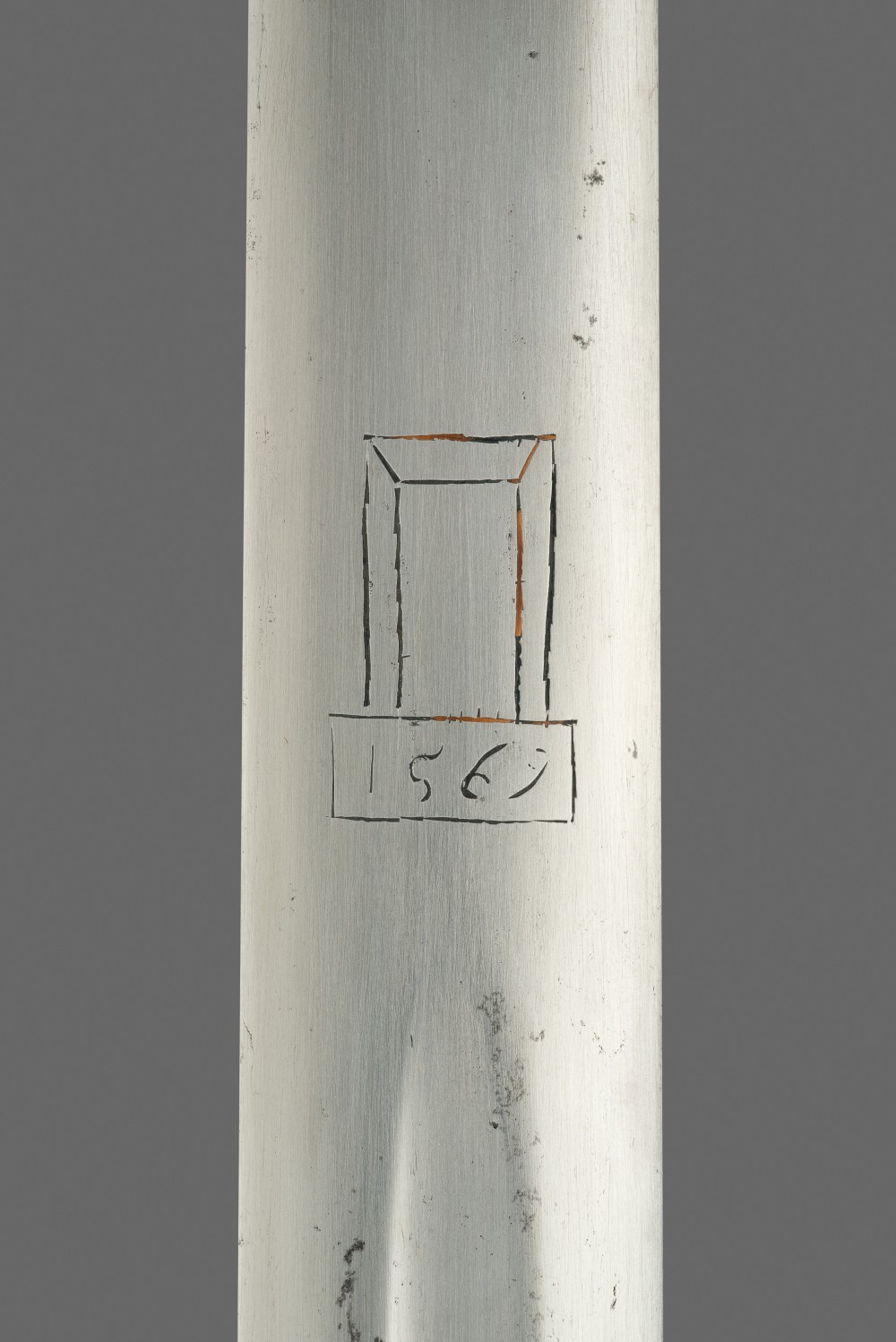 Swords made specifically for the use of executioners were used extensively in mainland Europe from the 15th to the 19th centuries and were known in the German-speaking lands as Richtschwerter. By their nature, they were not, strictly speaking weapons, but rather tools used by trained executioners (Scharfrichten, which literally translates as 'sharp judges') for decapitation. True executioners’ swords, such as the present example, employ little decoration, their razor-edged long blades, which are comparatively heavy, are usually ornamented with no more than inlaid representations of a gallows, a gibbet or the infamous wheel. Similarly, the hilts of heading swords convey a sobriety which differs from the colourful gilt-brass or gleaming tinned-iron of many of the ceremonial types. The hilt of the present sword imparts the solemnity of its purpose perfectly in unadorned blued iron; its original blued finish is in a virtually unblemished state of preservation, indicative of the high regard and special care this sword will have received, much as one might treat an expensive precision tool. The sentence of death by decapitation was the preserve of the nobility, as a hopefully dignified swift and less painful end. It is therefore reasonable to assume that the swords reserved for this task were comparatively little used, but were preserved in readiness over centuries for the occasion.

The fine preservation of the scabbard of the present sword is additionally extraordinary in view of the natural fragility of its leather and wood construction, complete with its decorative iron chape and its original by-knife and bodkin. These two implements invariably accompanied swords of this type, the latter being used as a sharpening steel, but are in almost every instance either lost or replaced. The completeness of the ensemble and its exemplary state of preservation set this sword apart as unique.