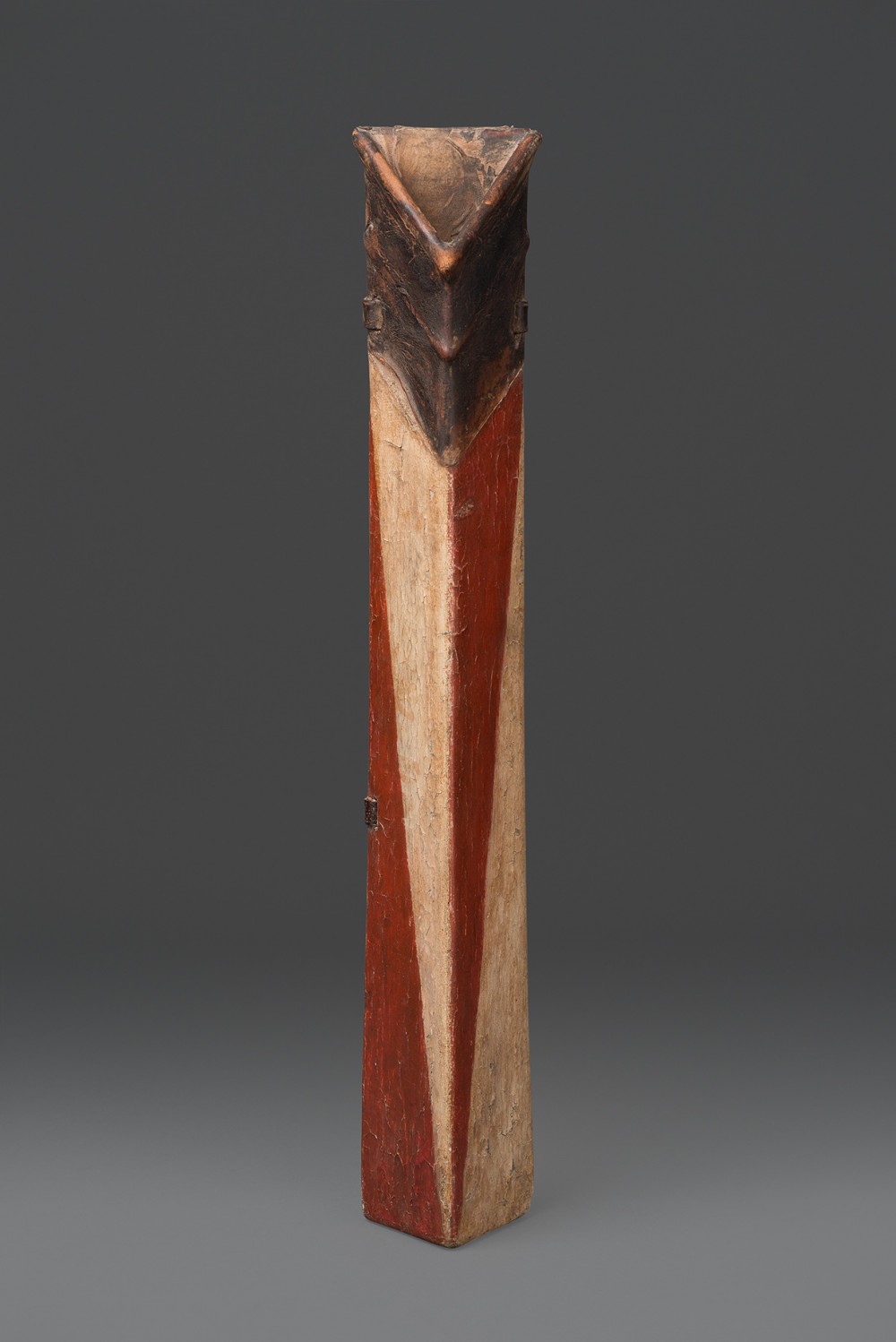 Although it achieved its greatest fame in the hands of the English and Welsh archers of the time of the Hundred Years’ War, the bow was in fact widely used by every European army of the Middle Ages. However, surviving examples of both it and its accessories, such as the quiver, are extremely rare.

The present quiver can be compared in its triangular section with two shown in a grisaille drawing by Le Tavernier illuminating David Aubert’s Chronique et Conquestes de Charlemaine of about 1460, in the Bibliothèque Royal, Brussels. As so many illustrations of the time show archers with arrows stuck either through their belts or in the ground in front of them, it is only from such rare examples as the present one that reliable information about the construction of the quiver can be obtained. The way in which its straps are arranges shows that it must have been worn with its mouth angled forward.

The bright colours of its bold decoration, so typical of the Middle Ages, may well have had heraldic significance. It is in any event very likely that the present quiver once formed part of the armoury of some noble or civic guard. An interesting variant, shown by Jörg Kölderer of Innsbruck in the Zeugbuchern that he prepared for the Emperor Maximilain I about 1512, is hair-covered in the manner of some contemporary quivers for crossbow bolts.