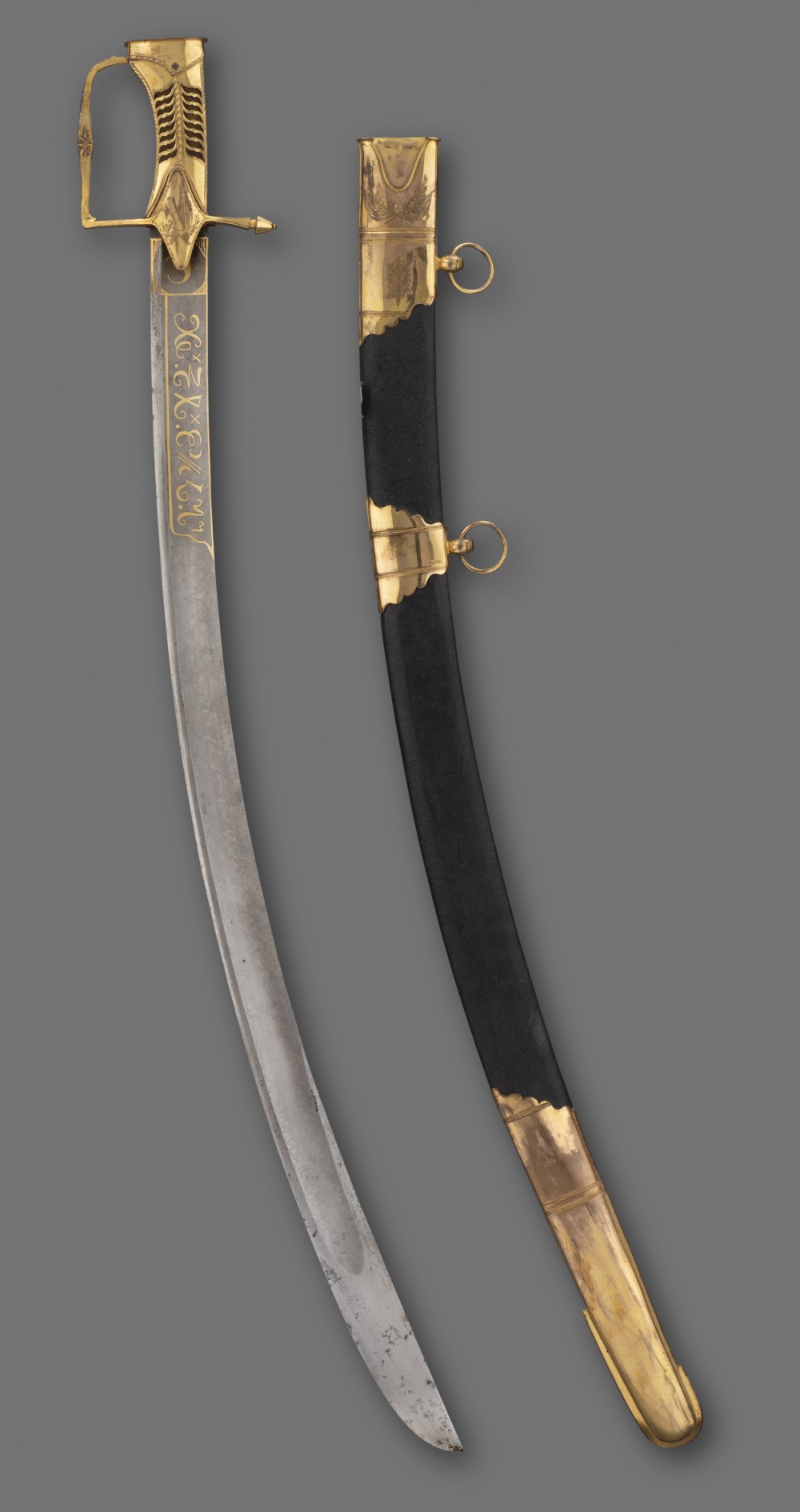 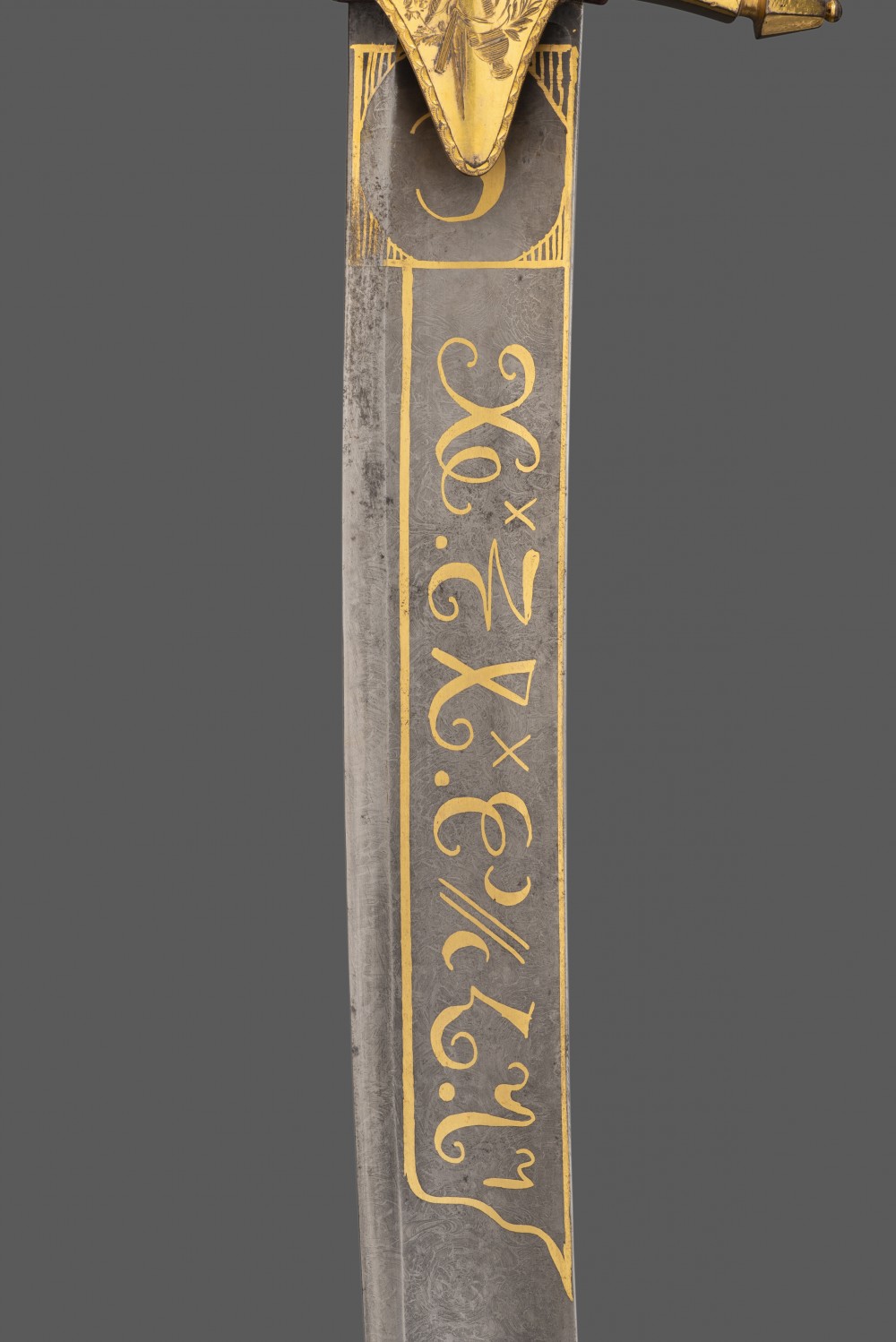 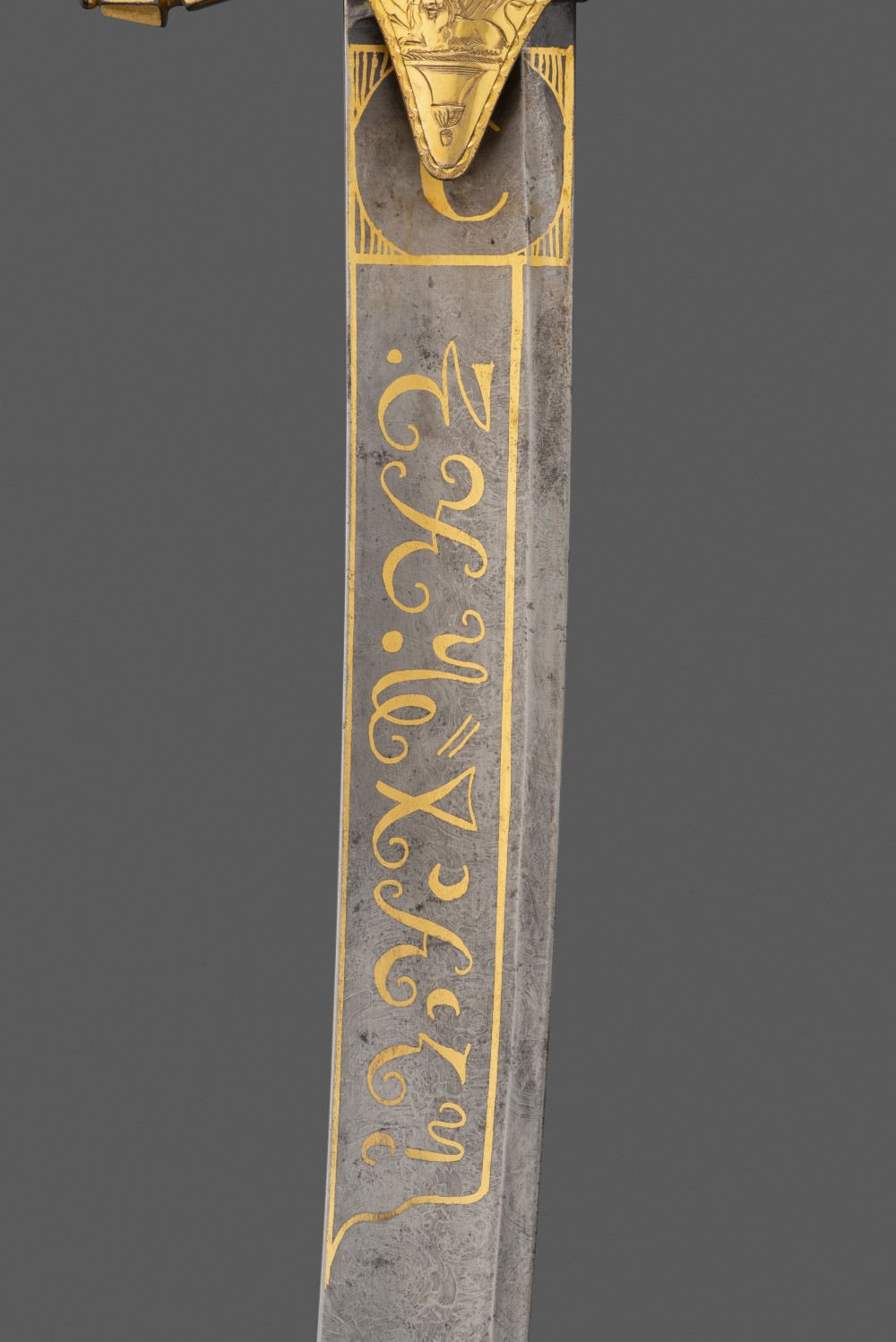 H.R.H. Prince Ernst-August, Duke of Cumberland and Teviotdale, K.G. (1771-1851), the fifth son of King George III. Commissioned in 1790 into the Hanoverian 9th Hussars, serving with noted bravery in Flanders and the Netherlands against the French, returning to England in 1796, having been wounded and blinded in one eye at the battle of Tournai in 1794. Appointed Lieutenant-General in the British army in 1799 and Colonel of the 15th (The King’s) Regiment of (Light) Dragoons, 28th March 1801. Crowned King of Hanover in 1837
The Royal House of Hanover, Schloss Marienburg
The Schloss Marienburg Sale, Sotheby’s 13 October 2005, lot 3667

The distinctive hilt type of this exotically bladed sabre enjoyed only a brief period of use by the officers of several of the Light Dragoons regiments, from circa 1790 until its replacement by the regulation pattern of 1796. It would be entirely plausible however, for an officer of H.R.H. the Duke of Cumberland’s rank and standing to carry the sword of his choice, even when it was outmoded by Whitehall regulations. Although the present sabre bears no regimental marking, its former retention within the Hanoverian Royal armouries at Schloss Marienburg places it within the context of a number of other items in the castle which very obviously related to the Duke’s Colonelcy of the 15th Light Dragoons: these included an officer’s shako, four sabretaches, two squadron guidons, a King’s guidon, a regimental drum and an officer’s cartouche pouch.

The flamboyant gold-encrusted neo-Ottoman blade flaunts all military regulations, as is the case in a number of the royal swords of this period in the former Marienburg collection. The gold characters decorating both sides of the blade were intended to impart a taste, of the 17th and early 18th century German fashion, for blades inscribed with cabalistic devices, blades with supposed talismanic powers.

The cutler, Robert Foster, succeeded the appointment of ‘royal sword cutler and belt maker’ in August 1791. His business address, included on the scabbard locket of the present sabre, is given as ’82 St. Jas.,’ that is, St James's.