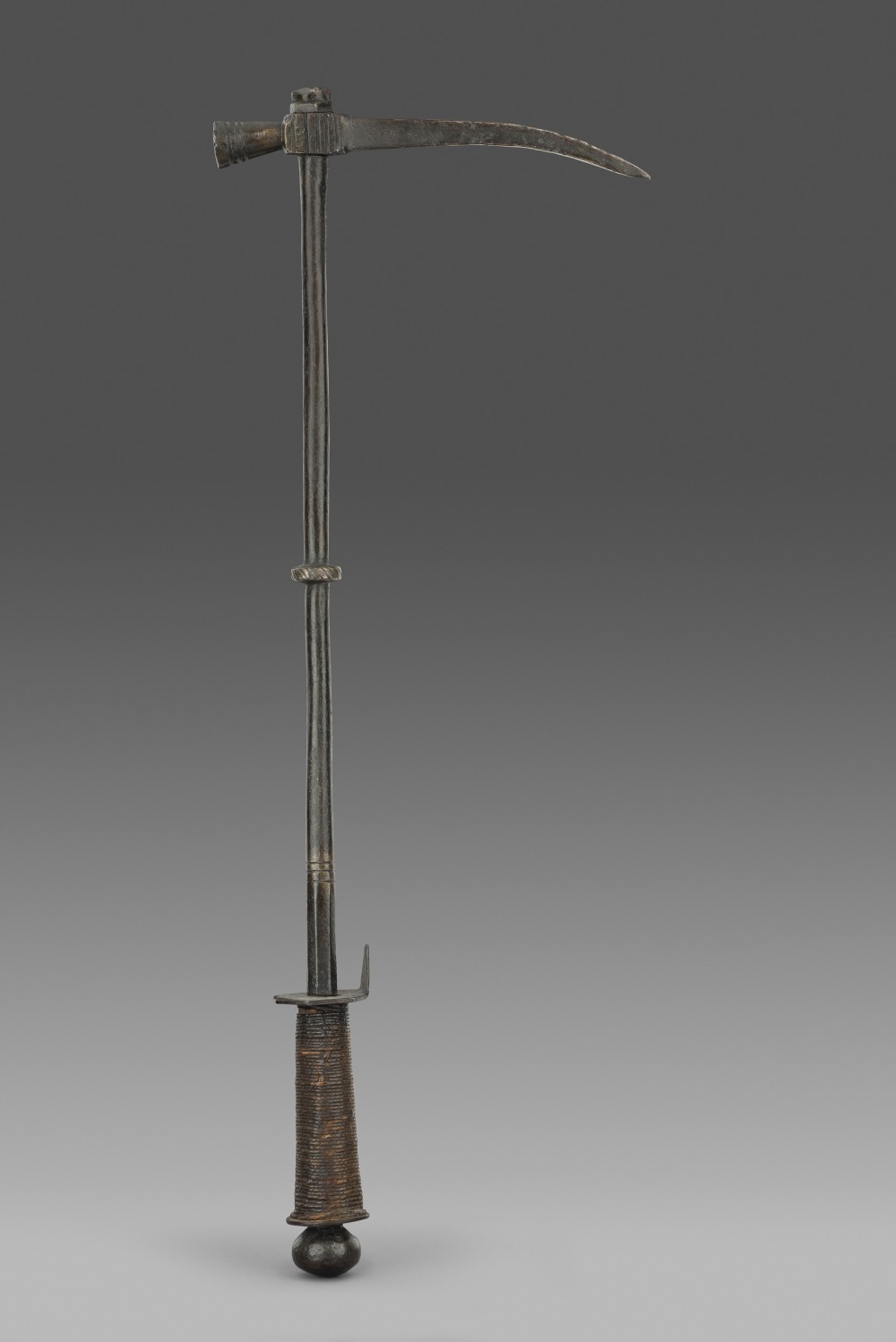 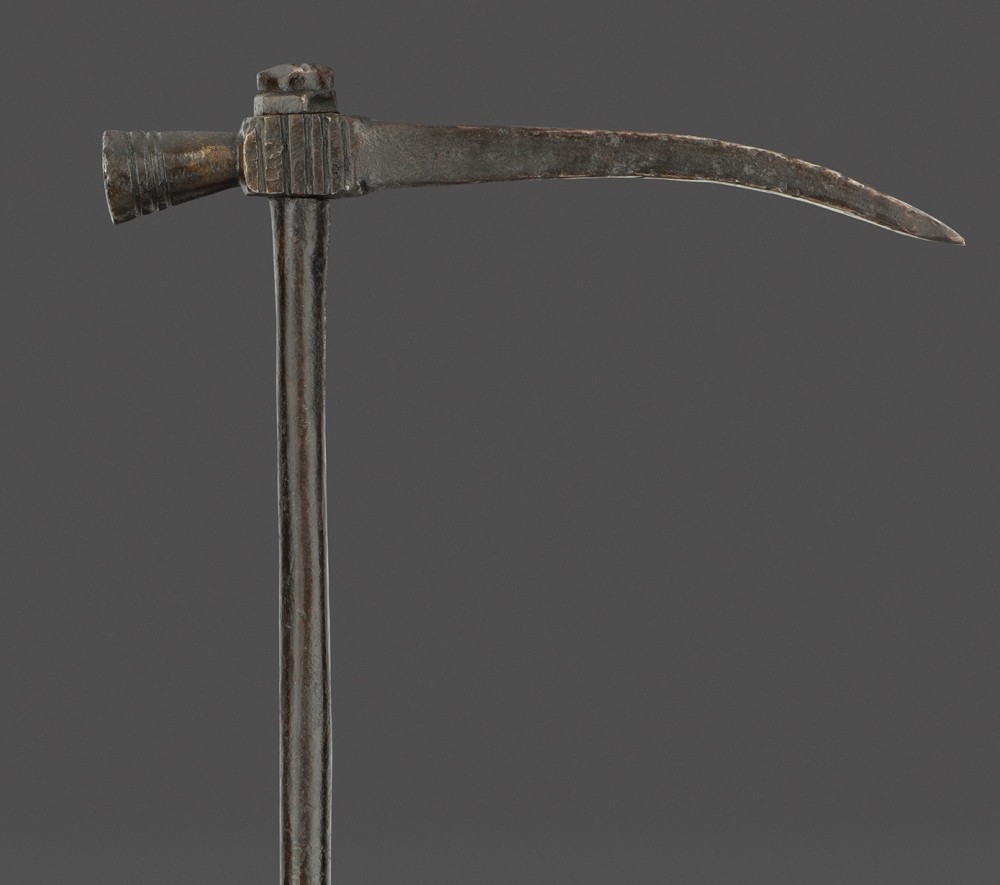 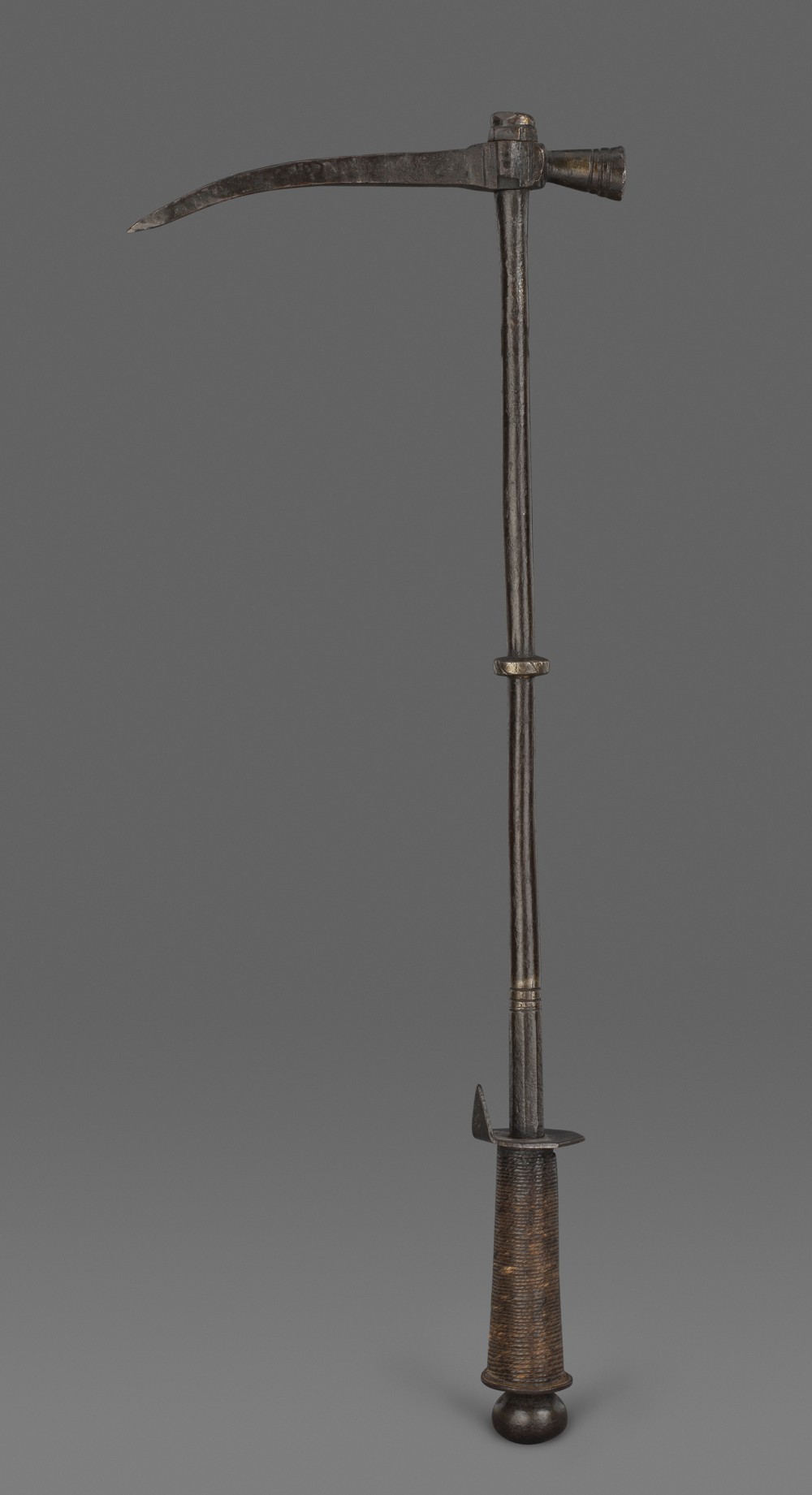 German war hammers of this broadly similar type are preserved in almost all of the foremost institutional collections and national historic collections of European antique arms throughout Europe, North America and Canada. Two examples among these are in the Deutsches Historisches Museum, Berlin: see Müller and Kölling 1981, nr. 309; and in The Metropolitan Museum of Art, New York (29.158.674): see Nickel, Pyhrr and Tarassuk 1982, cat.no.85.

The German horseman’s hammer (reiterhammer) of the late 16th century was carried slung from the saddle for ready use in place of the sword or the pistol. While the sword was the emblematic weapon of knighthood its effective use against an opponent in full plate armour was naturally limited. Similarly, the limitations of a single shot from each of a pair of wheel-lock pistols is obvious also. Together with the mace, hammers such as this provided the means of delivering both stunning or generally debilitating blows and the means of breaking open the rings of a mail shirt, piercing armoured plates at their joints and even directly piercing the lighter gauge secondary parts of an armour. The conspicuous length of the plate-breaking rear spike on the present example is unusual.

Hammers closely related to the present one were retained in large numbers in the former royal Saxon armouries in Dresden, most likely forming a part of the armament carried by the elite mounted contingent of the guard of the Prince-Electors of Saxony.

Due to the ease with which such catastrophic damage could be inflicted on an otherwise near-impregnable enemy the hammer enjoyed wide use throughout the 16th century, and thereafter itself became an emblem of power. Almost certainly the best possible graphic illustration of the reithammer as an emblem of power exists in the portrait of Moritz, Elector of Saxony (r. 1547-53), painted by Lucas Cranach the Younger, as a retrospective in 1578 (Staatliche Kunstsammlungen Dresden, inv. nr. SKD RKH74). The half-length composition shows the elector in his armour, his rapier sheathed at his left side, his reithammer grasped the more prominently in his right gauntlet, held vertically across the torso. Cranach’s paintings and drawings record a wide range of weapons and armour of the period, all in very faithful fine detail: this illustration of a hammer is no exception and it will be noted that the design and proportions compare closely with the example under discussion.