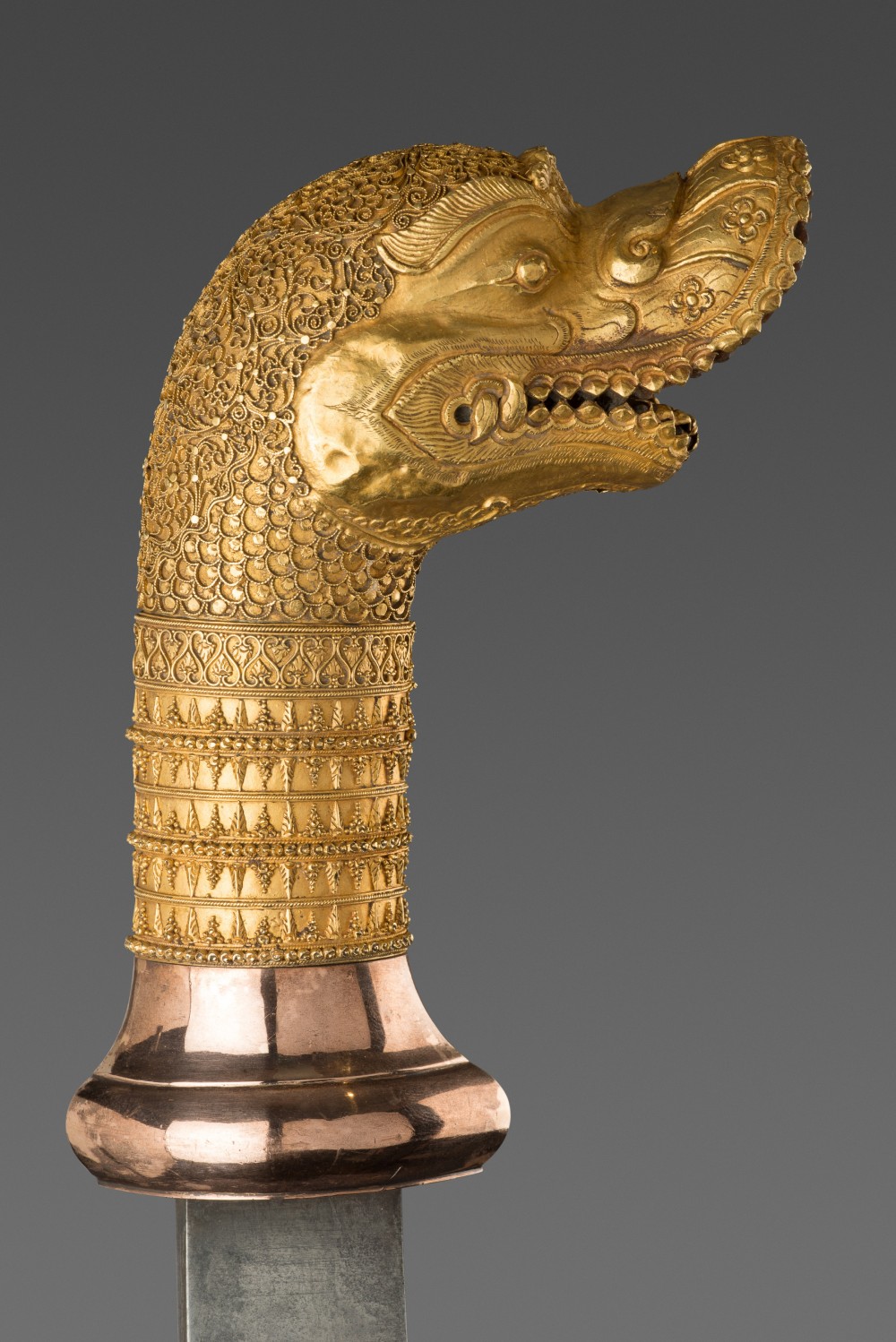 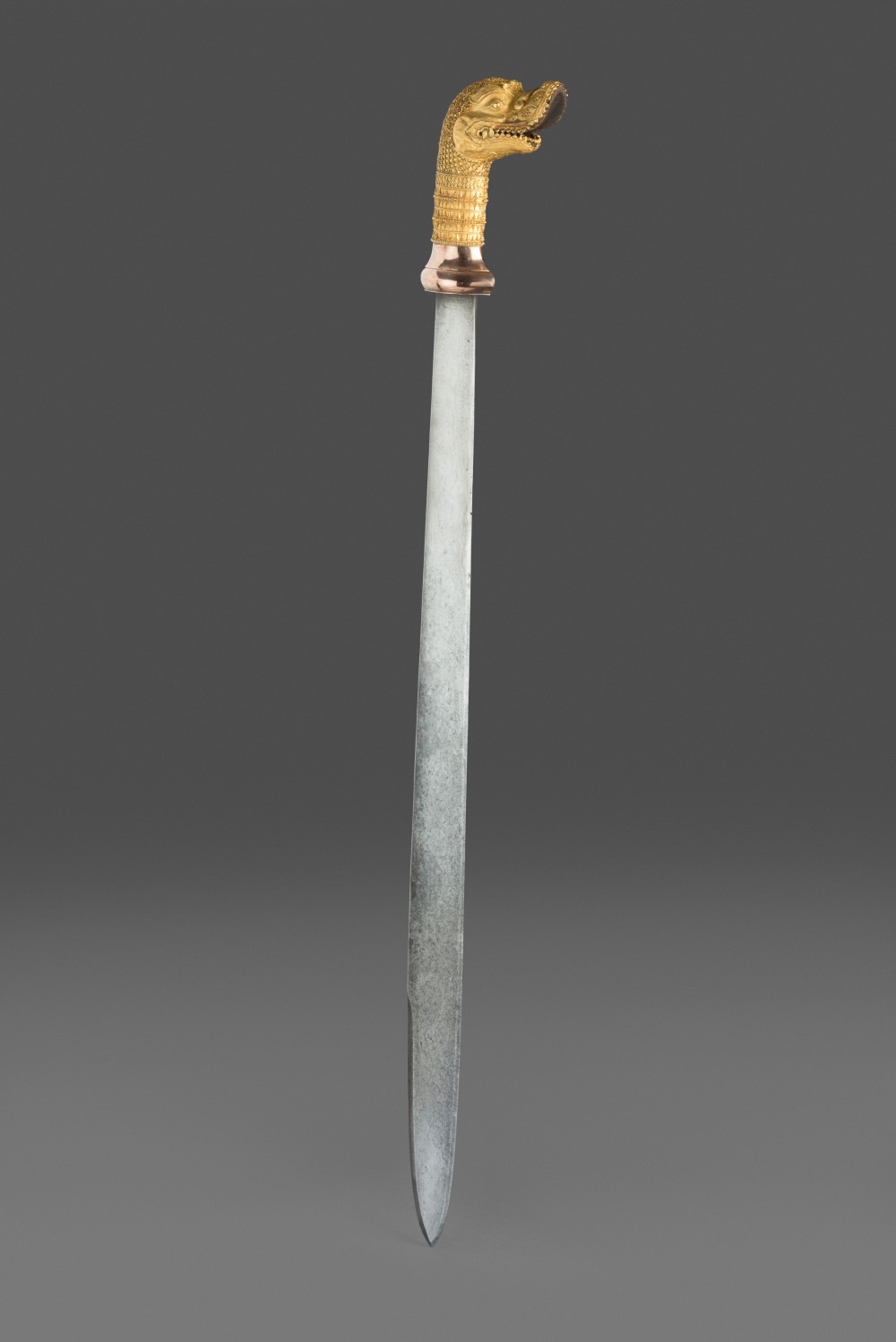 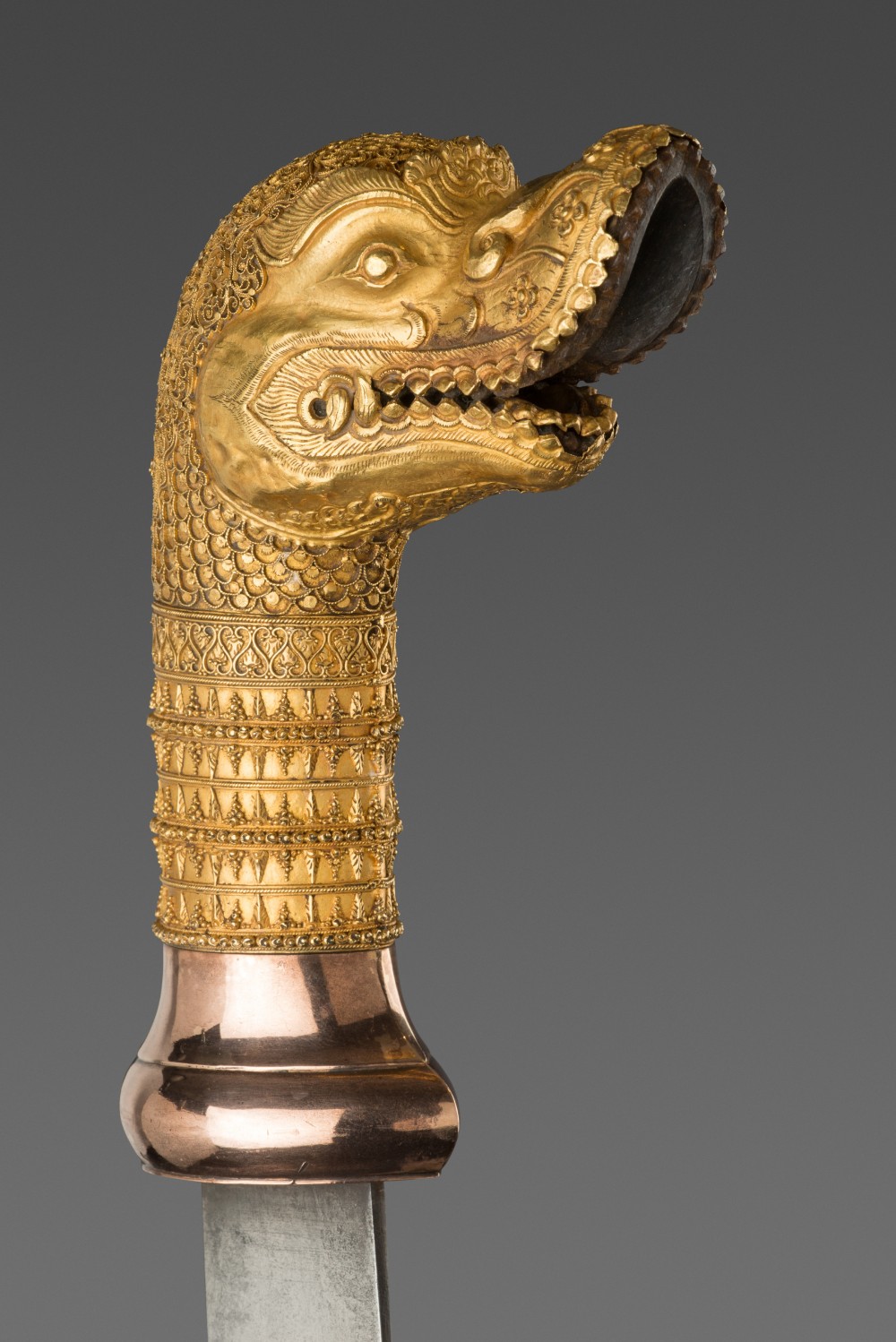 Although swords did exist among native Indonesian weapons, they were small in number, and not a traditional weapon for armed duels or combat. The popularity of swords increased with the arrival of the Portuguese, and later the Spanish and Dutch. The word for sword, pendang, may be derived from the Portuguese word for the weapon, espada, or the Malay word for gun, snapang, derived from the ‘snaphaune’ lock of the European gun.

The Achinese were also heavily influenced by the Ottomans, who from the period of Suleiman the Great and Selim II, accepted Acheh as part of the Ottoman Empire to defend them from the Portuguese. The Ottomans taught the Achinese the art of cannon making, and introduced them to other Ottoman arms. This is certainly true of the yatagan, which was more versatile weapon than than the kilij. The Achinese pendang here is particularly influenced by the Ottoman yatagan. The hilt of this pendang shows extremely fine gold-work and the finest filigree work, and the scrollwork and other designs also show Ottoman influence (today the flag of Acheh remains the old Ottoman flag, three crescent and stars on a green ground.) The head of the beast is closer to that found on Ottoman sword hilts than those native to Makara. Ottoman influence waned in the late 18th century, which dates this sword to the mid-18th  century, if not earlier.