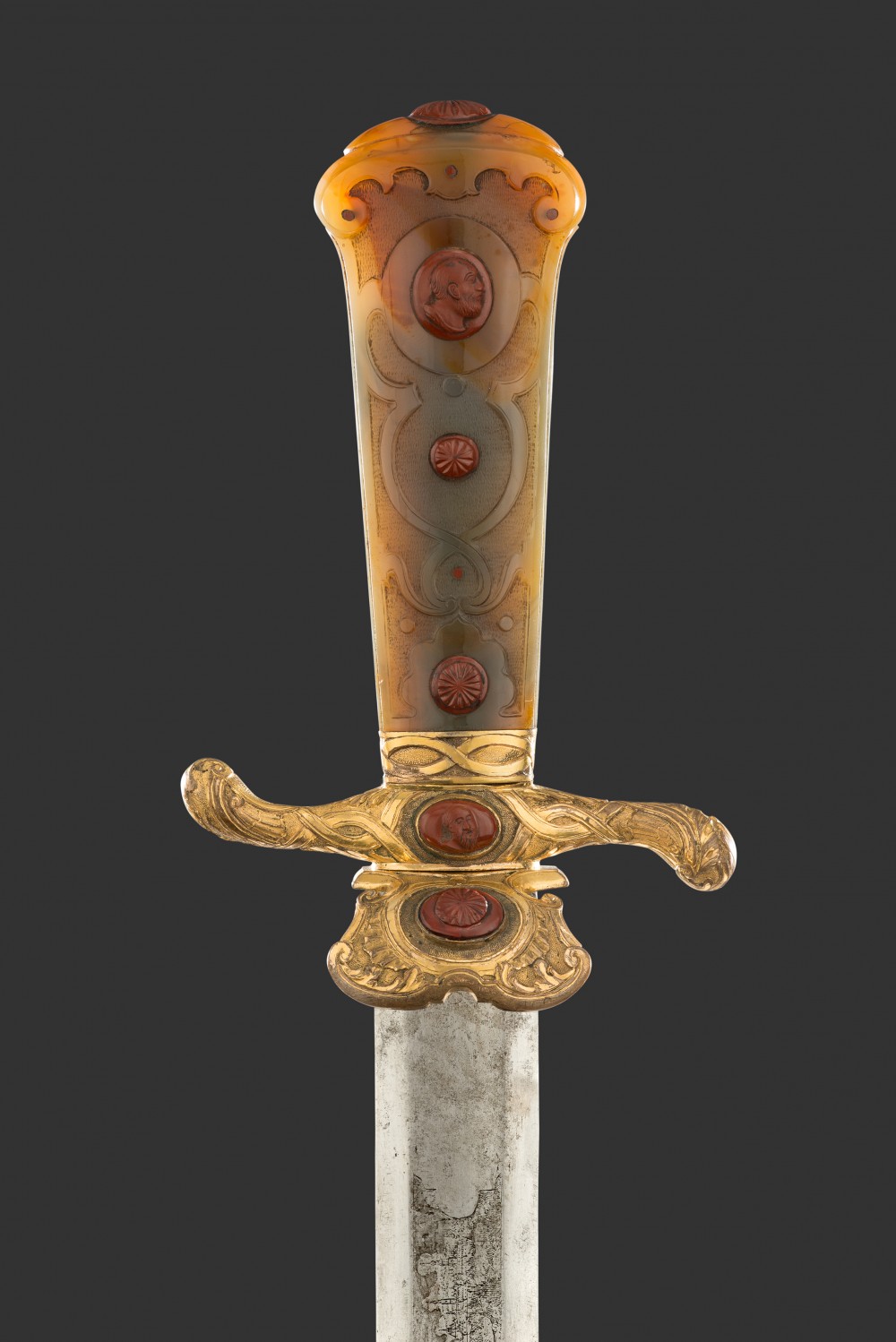 By the early 18th century the Russian taste for finely-carved hardstone hilts was coming from two very different cultural sources: on one hand, a continuation of the traditions of Persia and the Ottoman empire, and on the other from the specialist European artisans whom had been imported to Russia to provide the imperial court and aristocracy with sophisticated luxury arms to equal those made in Western Europe.

The Russian 18th century court taste for agate-hilted swords is richly illustrated by two diamond-encrusted small-swords made in 1752 at Sestroretsk arms manufactory, St. Petersburg, for either the Empress Elizabeth or her nephew, Pyotr Fyodorovich; these two swords are preserved in the Kremlin armoury today (Inv. Nos. 6041/2).

A Tula hunting-sword with an agate hilt, circa 1750-60, is also preserved in the Hermitage museum, St. Petersburg (Inv. No. Z.O. 1615). The agate hilt is decorated in the commonplace western fashion of the period, that is to say with plain polished facets tapering from a small beak pommel; it is quite a frugal piece of work in comparison with the exotic example seen here. The hilt of the present hunting-sword is highly unusual in that it merges design characteristics from both Ottoman and European influences in Russia.