A Percussion Blunderbuss by Rigby of Dublin, 1823 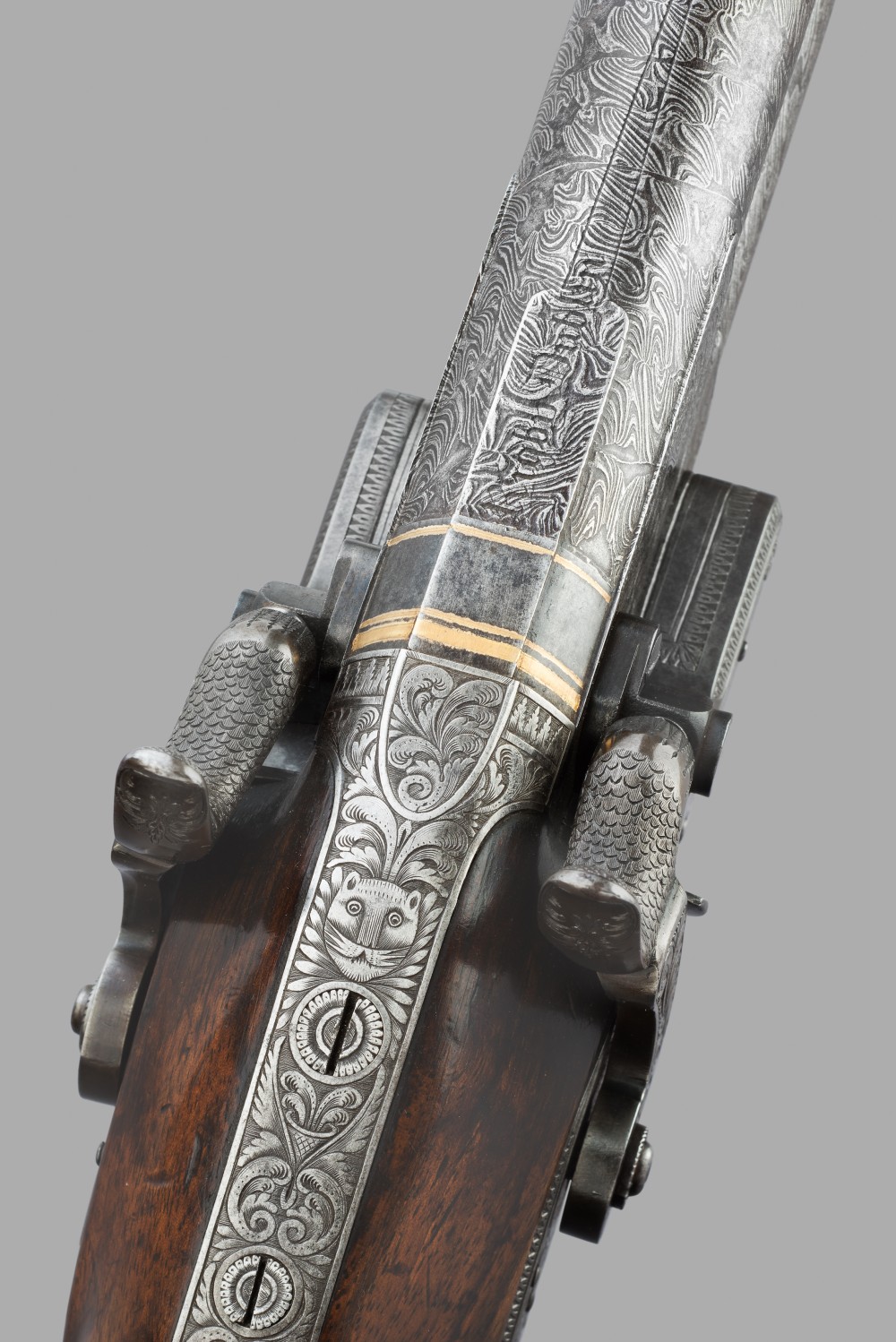 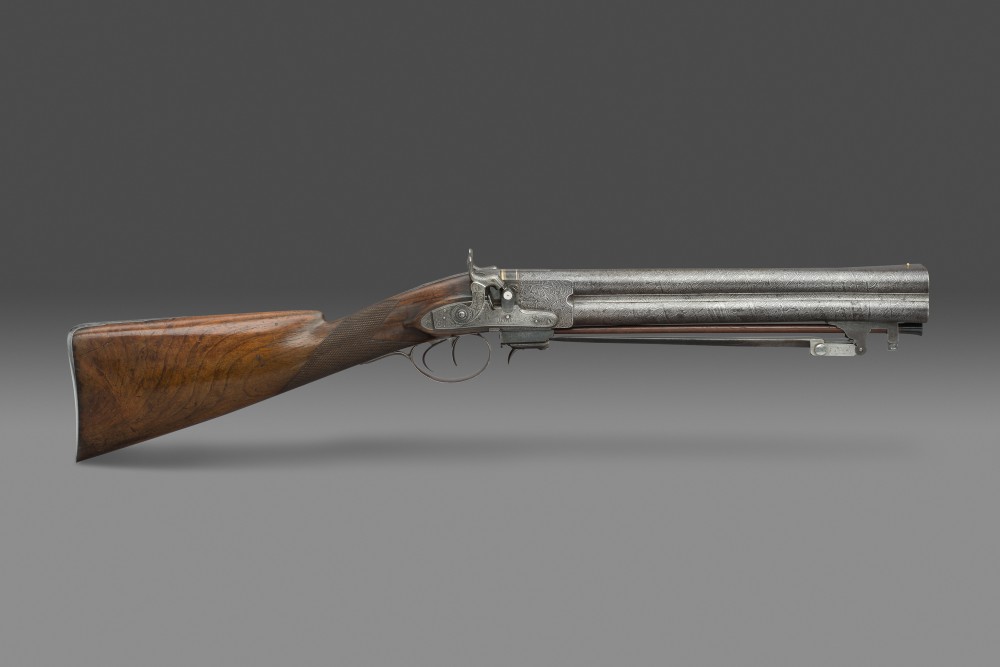 The relevant entry in Rigby’s record book refers to this firearm as a ‘trombone’, distinct from other entries which specify the conventional word blunderbuss. Presumably the difference lies in the acute compression of the strongly flared muzzles, resulting in distinctive oval muzzles. Almost as distinctive is the arrangement of the pivot and release beds for the spring-bayonet, with these also forming the ramrod-pipes. The bold etched twist treatment of the barrels is a particular characteristic of this highly regarded maker, as are the designs and quality of the decorative engraving.
Rigby’s record book additionally records the name of the buyer, entered as ‘Lord Brandon’, together with the considerable cost of the weapon, £39. 16s. 6d., only slightly less than Rigby’s best double sporting guns.
William Crosbie, 4th Baron Brandon (1771-1832) was both a peer and a divine churchman, having graduated from Trinity College Dublin in 1816 as a Doctor of Divinity, marrying Elizabeth La Touche in the previous year. He became rector of Castle Island in County Kerry, and it was while there that he revealed both his character and his naked ambition. The Creevy Papers record that Baron Brandon took possession of correspondence between his wife and Mr. Secretary Lamb (Lord Melbourne), which left him in no doubt of the nature of their connection. Brandon in turn wrote to his wife announcing his discovery, but he adds that “if she will exert her interest with Mr Lamb to procure him a bishopric he will overlook her offence and restore to her the letters”. To this Lady Brandon responded saying that “she shall neither degrade herself nor Mr Lamb by making any such application, but that she is very grateful to my lord for the letter he has written her, which she shall put immediately into Mr Lamb’s possession”. History does not record the outcome, Lord Brandon, however, died in Paris in 1832, aged 60, outlived by Lady Brandon who died in 1862, in the resort of Torquay.
Domestic tumult aside, it is highly likely that Lord Brandon ordered this blunderbuss from Rigby for defence from what was an ongoing period of great civil unrest in rural Ireland. 1821, two years before the blunderbuss was bought, saw an eruption of civil lawlessness in Limerick against landlords and their allied establishment figures. The insurgent gangs were known as ‘The Ribbonmen’, a reincarnation of the infamous 18th century agrarian activists, ‘The Whiteboys’. The outbreak of trouble in 1821 arose in opposition to the attempts of a Limerick landlord to evict farming tenants who had fallen into rent arears: the situation then worsened by an ensuing poor potato crop. Like their forebears, The Ribbonmen were seen both as terrorists and as champions of the people. Garrisons of militia were established in a number of western Irish towns, including Castleisland, the seat of Lord Brandon, but these had little effect on putting down the rising, which continued into 1823. Hardly surprising therefore, that Lord Brandon should want to arm himself with a state-of-the-art crowd-stopper from the leading Dublin gunmaker.