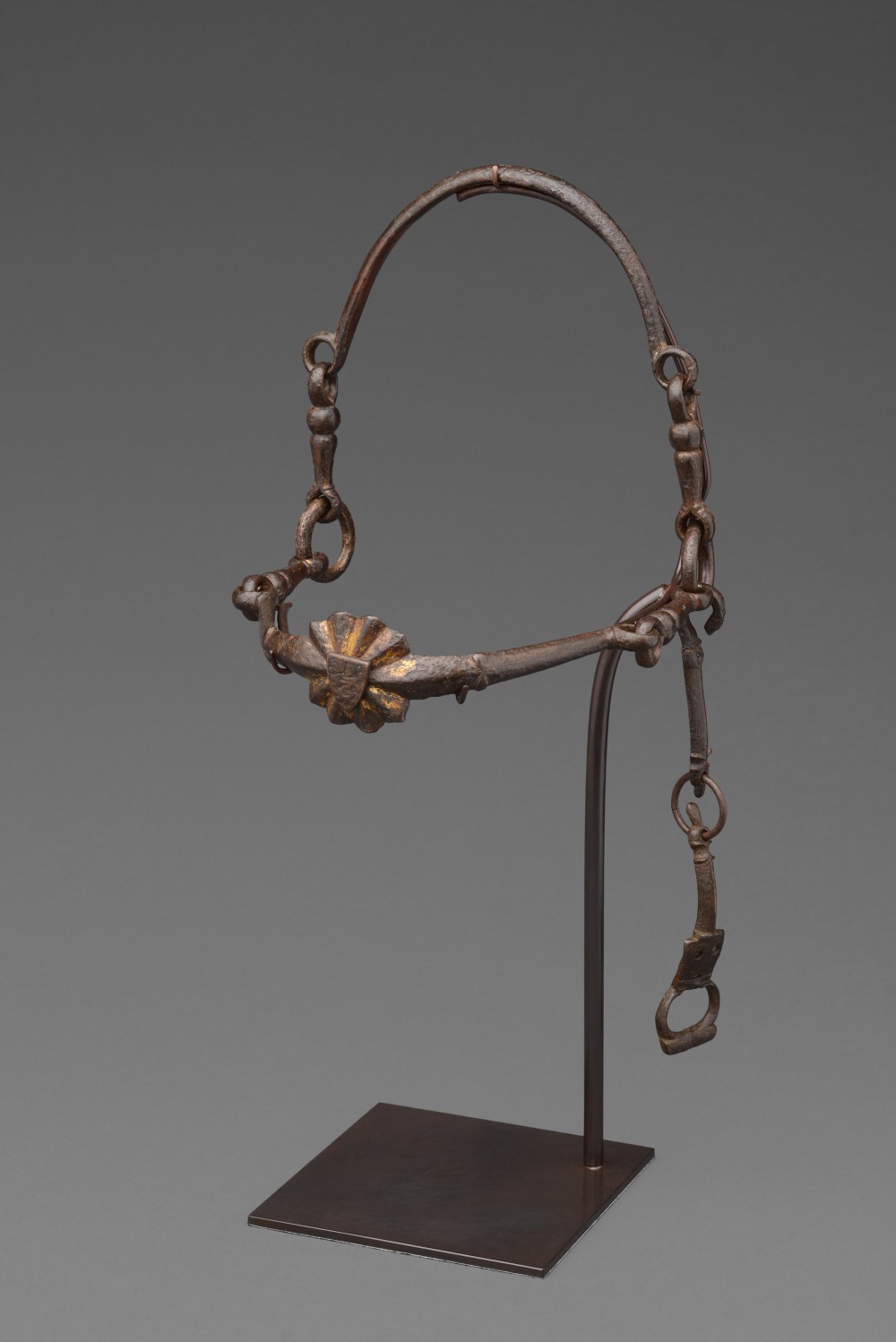 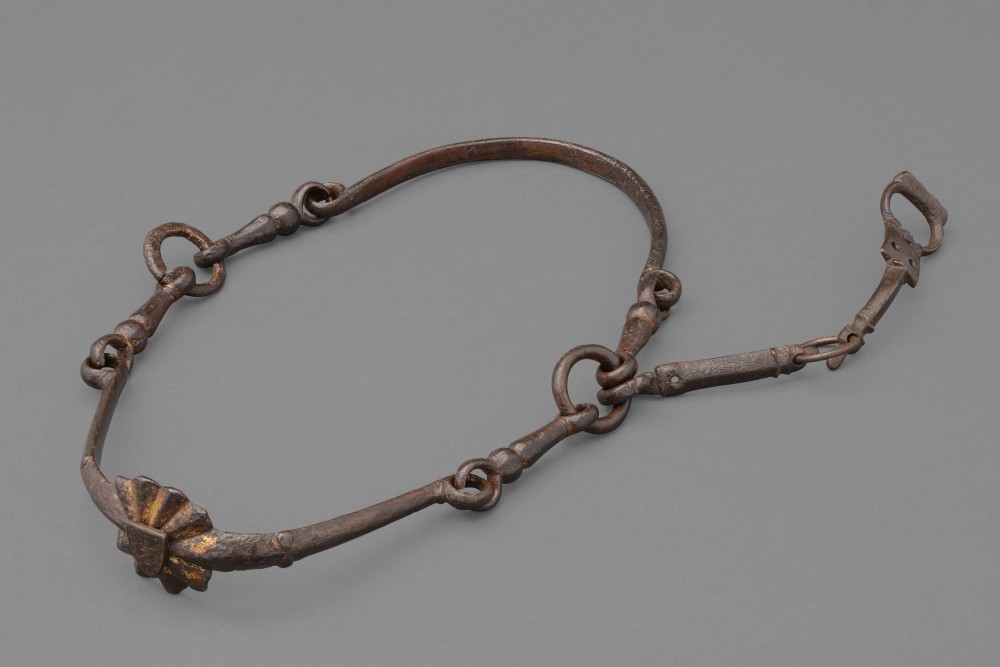 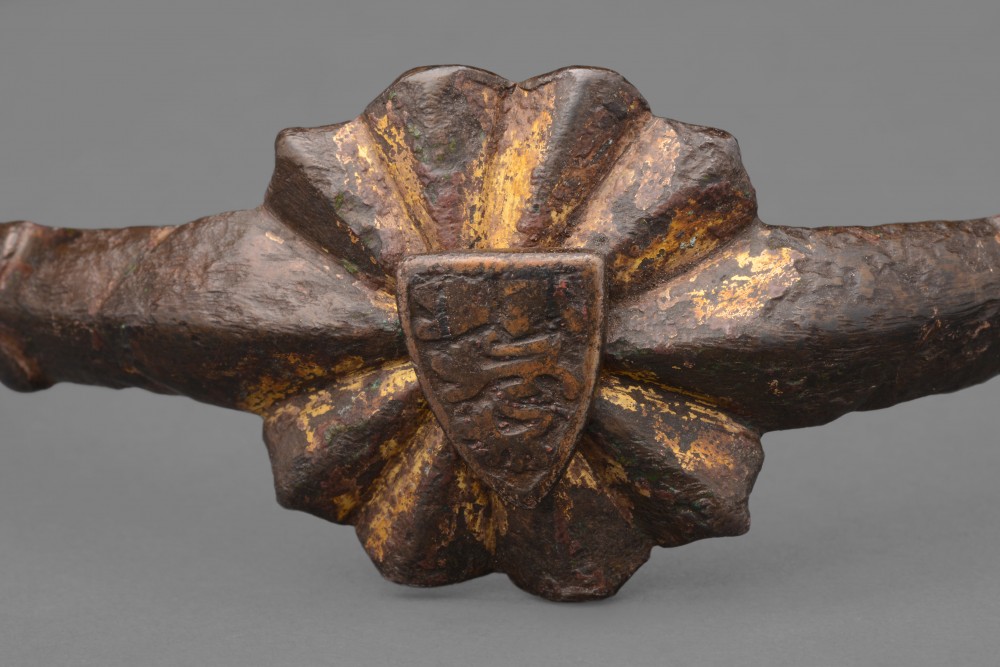 This remarkable dog collar bears the Royal Arms of England, the Arms of the Plantagenet, first adopted by King Richard I (1189 - 1199.) The Arms’ earliest known representation dates to 1198, when it appeared on the Great Seal.
The blazon of the Arms of Plantagenet is described thus: Gules, three lions passant guardant in pale or armed and langued azure.
The three identical gold forward-facing lions in profile had blue tongues and claws, and appeared on a red background.