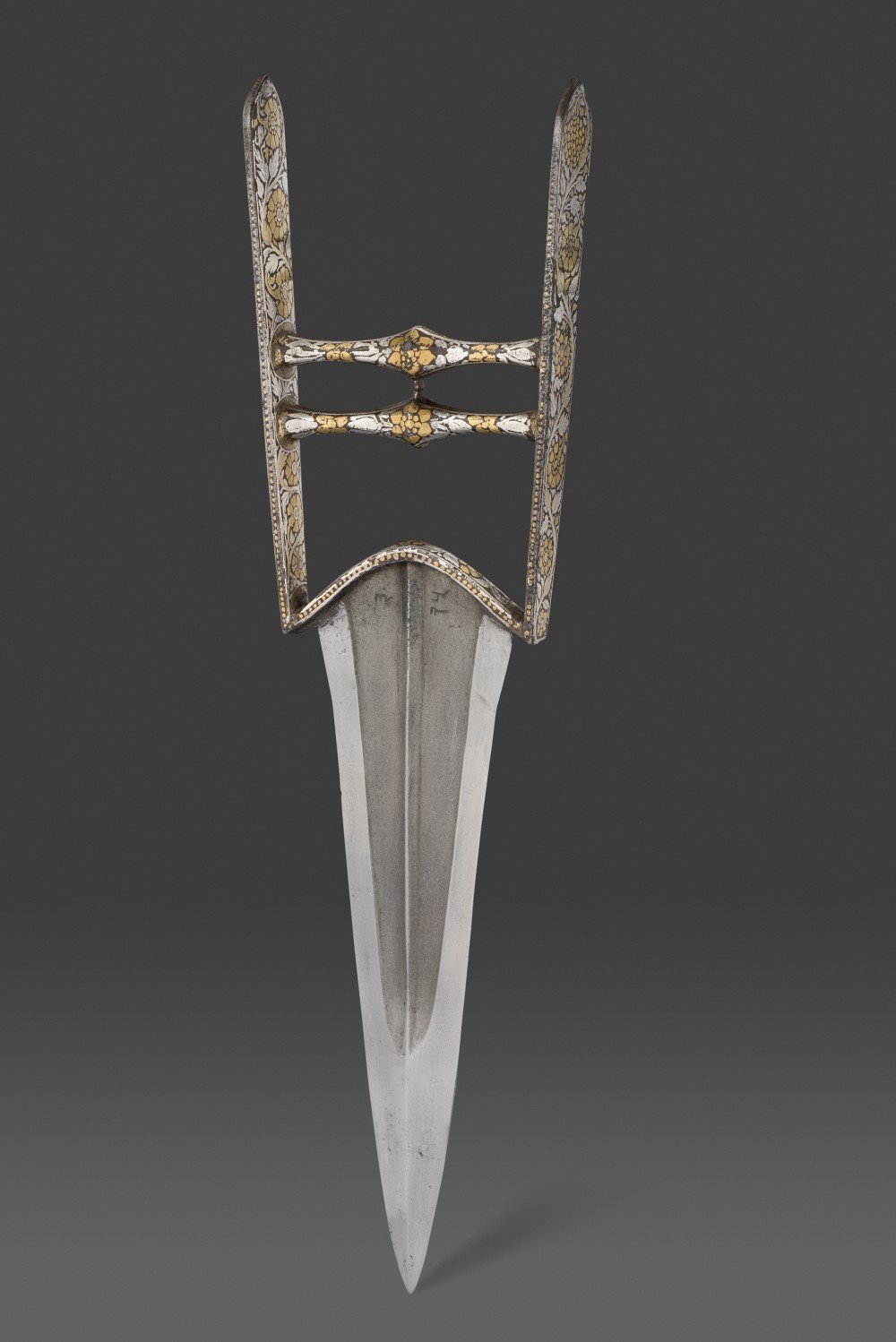 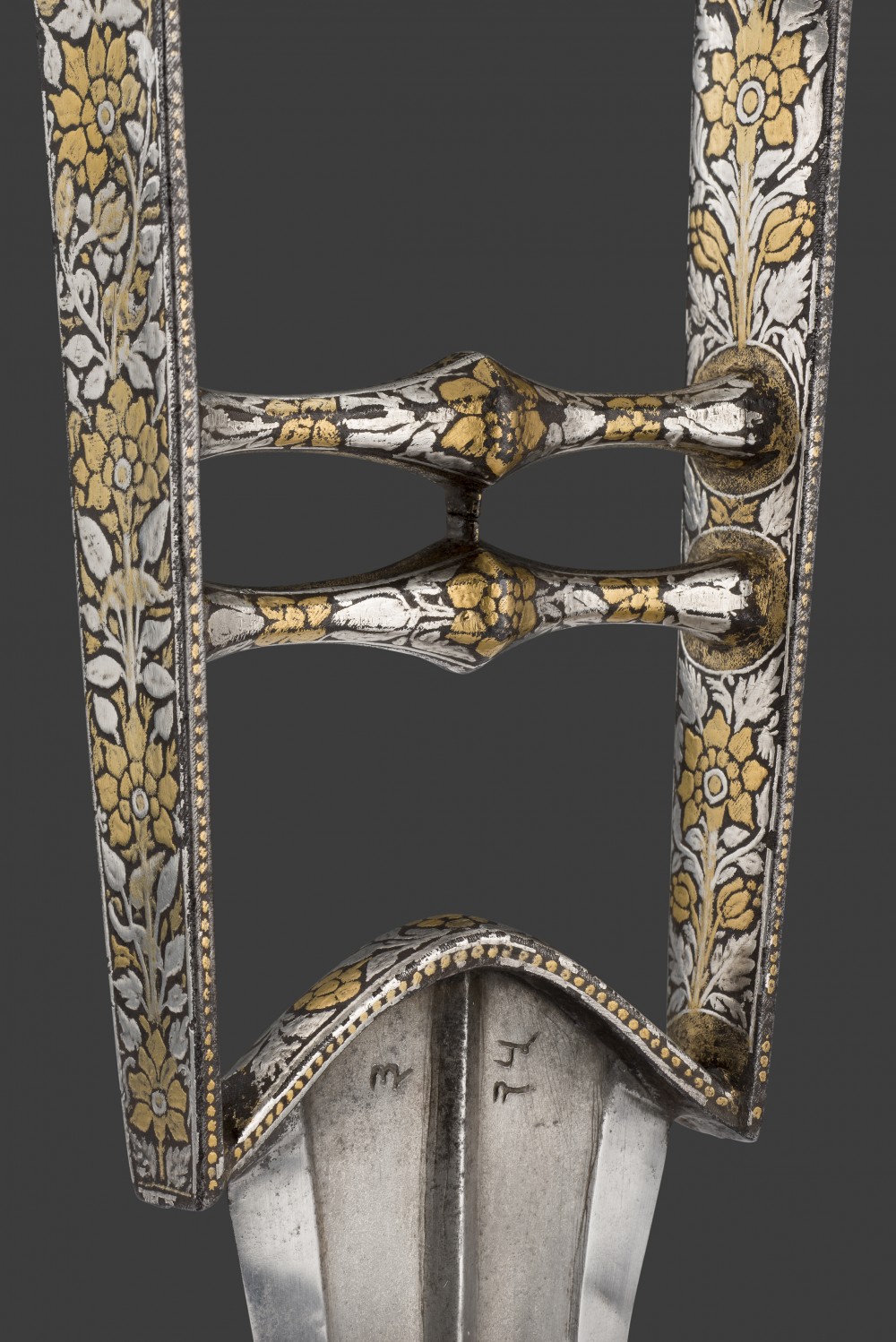 The katar, sometimes called a jamdhar, was a form of dagger unique to the Indian sub-continent, and held, like the gauntlet sword orpata which has the same origin, by a transverse grip. These weapons were originally used in the south of India, where their early forms are preserved in the now-dispersed armoury of Thanjavur, but became exceedingly popular during the Mughal period where their use spread throughout the sub-continent.

The blade, forged in one with the hilt, is straight, double edged with a medial ridge with recessed panels of watered crucible steel at either side and a thickened, armour-piercing point. It is stipple-engraved with arsenal numbers 3 and 25 in Hindi numerals. The hilt has two short side bars joined by two transverse bars forming the grip, faceted and swelling to the centre. the whole is covered with flowers and fruit in gold koftgari joined by scrolling foliage in silver koftgari.  The style of the arsenal marking indicates that it was preserved at Bikener in Rajasthan. Though much Rajput arms and armour was preserved there, the fort is famous for its early Deecani material, brought back by Maharaja Anup Singh (r. 1669–98) after his capture of  Adoni in the Deccan in 1689, in the service of the Mughal Emperor Auragzeb. The broad form of this blade with a medial ridge running upo to the hilt is a distinct northern style, but the curved base of the blade is a form associated with two Deccani katars in the armoury of the Rathores at Jodhpur. However there are similar katars ascribed to Mughal workshops, such as in the Metropolitan Museum of Art (no 36.25.1071.)