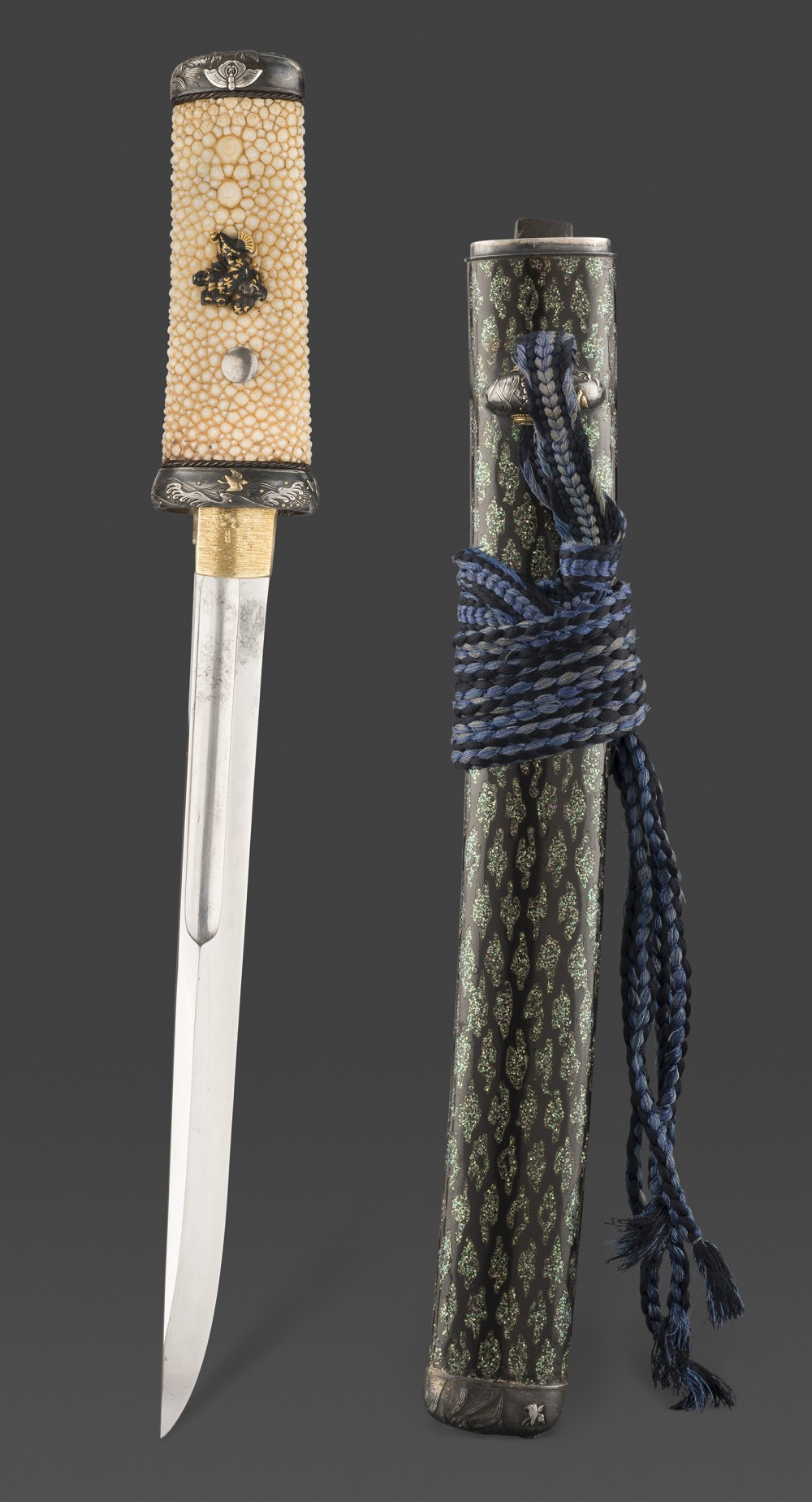 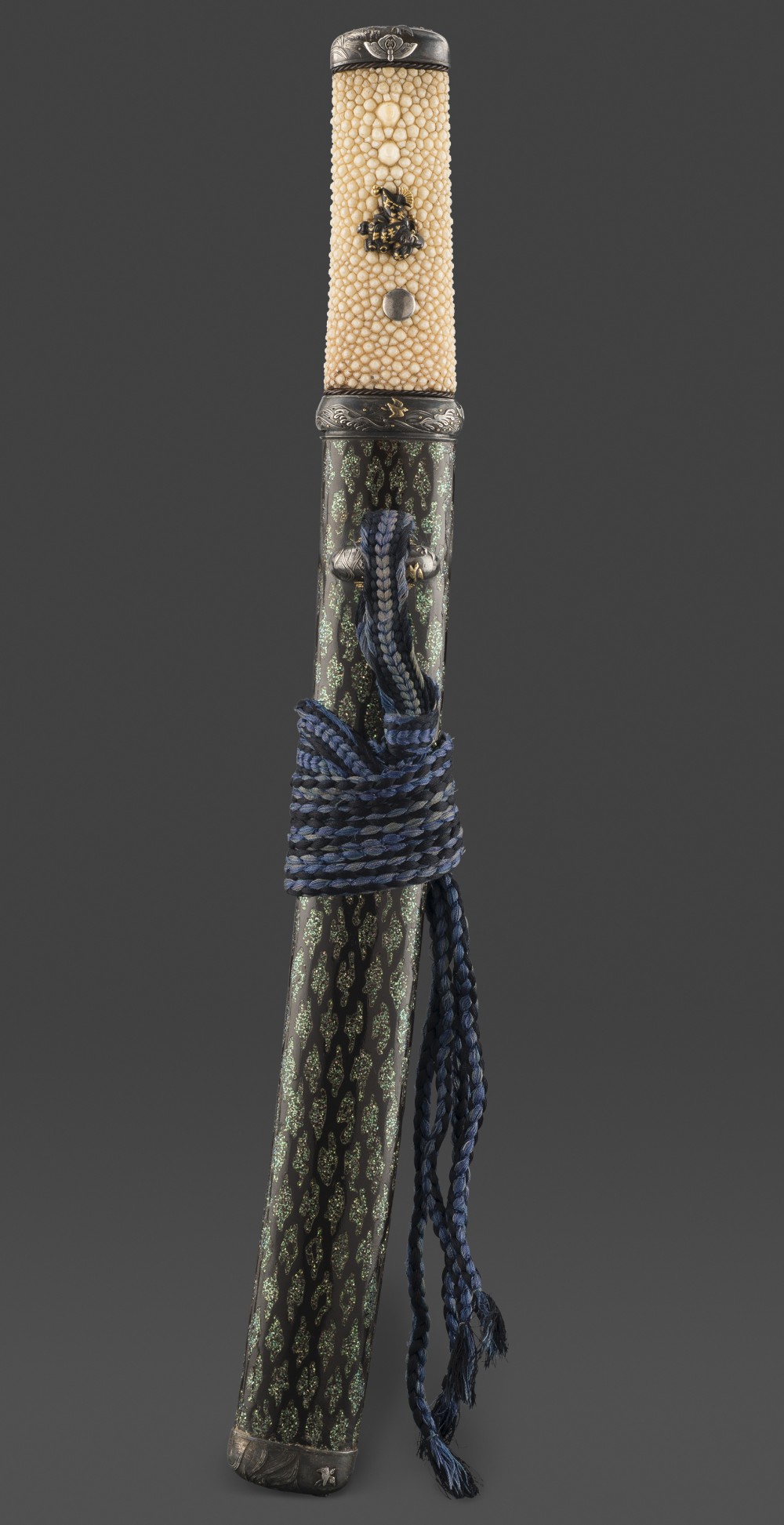 This tanto is spectacularly decorated as an aiguchi or ‘meeting mouths’, meaning there is no tsuba to separate the mouths of the hilt and scabbard. The hilt is covered in plain white same, or shagreen, and fitted with a fuchi and kashira of silver, chiselled with waves and inlaid with chidori also in silver; some birds retain their original gilding. Concealing the holes in the kashira, are stylised silver butterflies which may be a family mon. Fastened to the hilt are prominent menuki in shakudo and a gilding of sambaso dancers with their characteristic hats, fans and rattles. These religious dances, which date back to the 9th century, were performed to appease the gods and prevent earthquakes.

The scabbard is covered in lacquer sprinkled with flecks of green abalone shell over which is a diagonal lattice of black lacquer. An elaborate sageo or fastening cord decorates the dagger in two shades of blue silk.

The shape of this blade is described as unokubi; the medial ridge turns up to meet the back before the point and there are grooves above the habaki. The smith greatly exaggerated the thickness of the blade and the size of the grooves to create a yoroi dosh (鎧通) or ‘armour piercing blade.’ This type of weapon, Sato argues in The Japanese sword, (by Kanzan Satō, Kodansha International, 1983) was first made during the Sengoku period. Because it was often worn behind the left hip and drawn with the left hand, it was sometimes referred to as metezashi (馬手差) or ‘Rein-hand blade;’ the present example dates from the Edo period and its blade is fitted with a gold foil covered habaki.

The tang bears the two character signature 国吉, Kuniyoshi. It was customary for shoguns to gift daggers inscribed with signatures taken from a selected list of famous smiths published in the book Sôgo-ôzô-shi (宗吾大艸紙). Awataguchi Kuniyoshi was one such smith. Warriors understood that these blades were not necessarily crafted by the named smith - the signature was entirely symbolic.