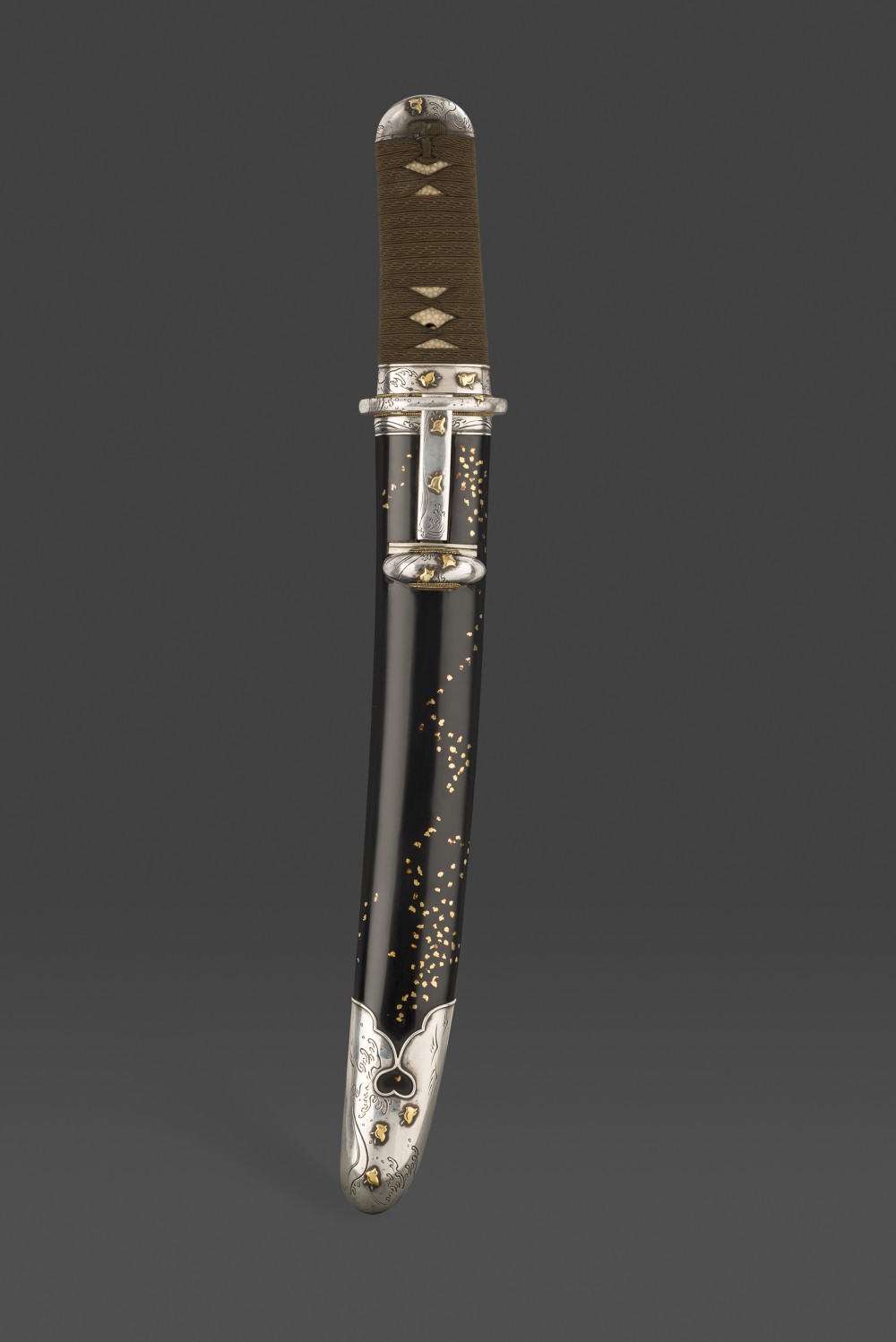 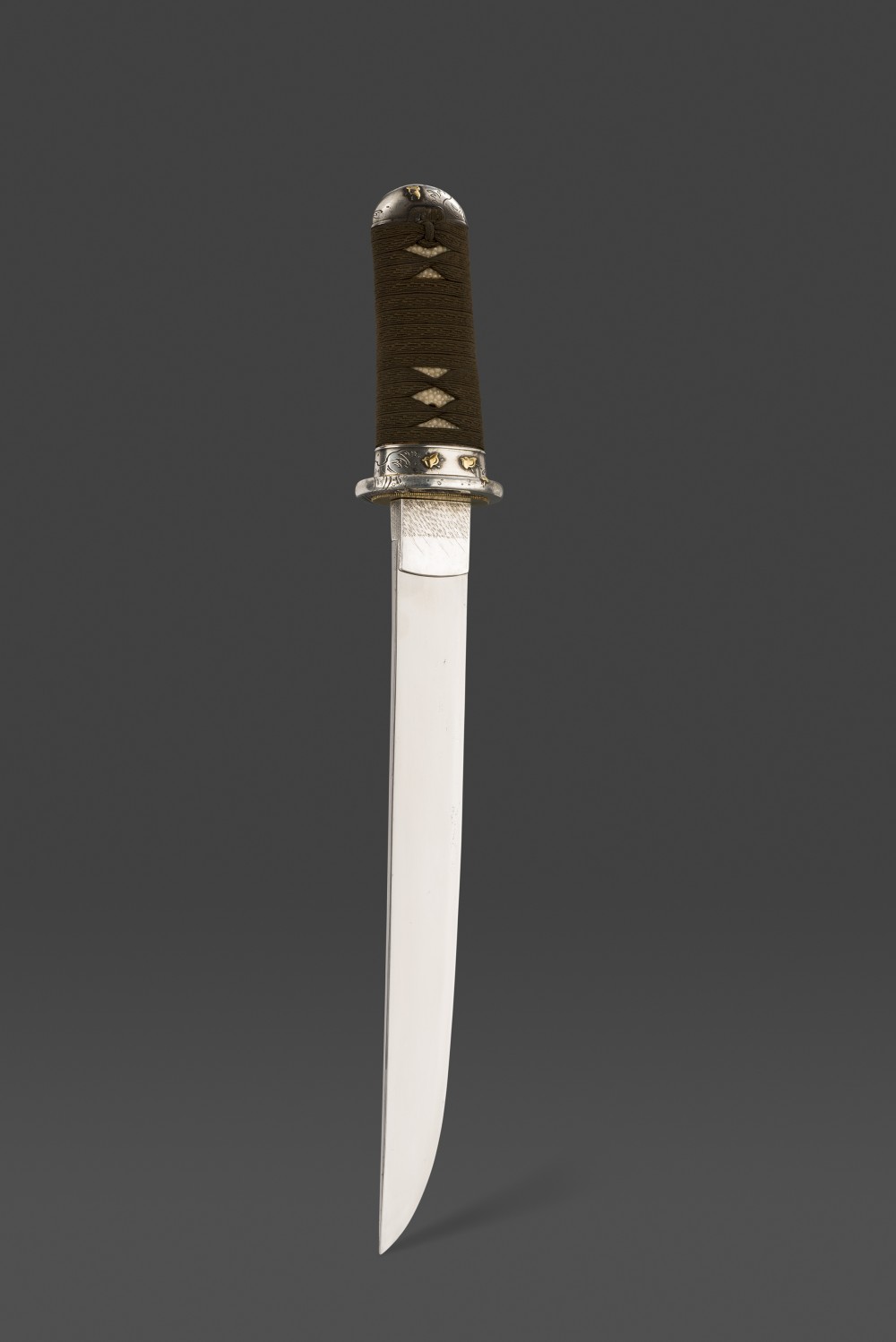 Tanto of this type, generally with silver mounts of superb quality by artists made redundant by the ban on the wearing of swords in the 1870’s, were produced in some numbers for sale to European tourists. All of the mounts are en suite and of silver decorated with engraved stylised waves and chidori or wave birds (a kind of plover) inlaid in gold.

The Iwamoto School was founded by Chubei, a pupil of the Yokoya School of fittings makers in the early 18th century. It was not until Iwamoto Konkan (1743 – 1801) that the school began to be recognised, producing superb fittings in the style of the Nara and Hamano schools that often included fish in their designs. Iwamoto Ikkan, the 7th master of the school, faced with the Hatorei edict that abolished the wearing of swords, turned to making metalwork for the growing tourist trade. Westerners saw little merit in iron fittings and were unused to shakudo and other alloys, so much of this tourist work is in silver.