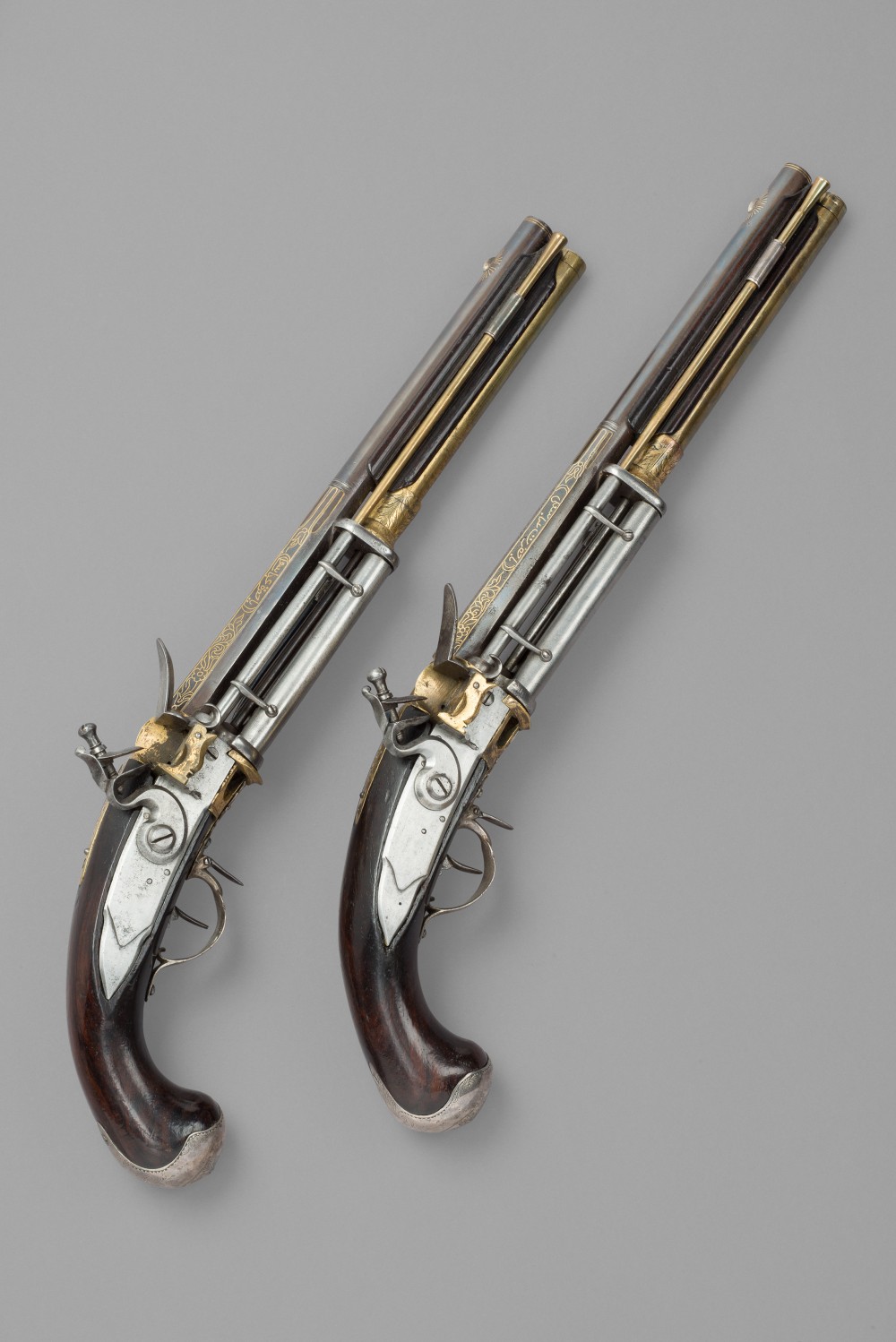 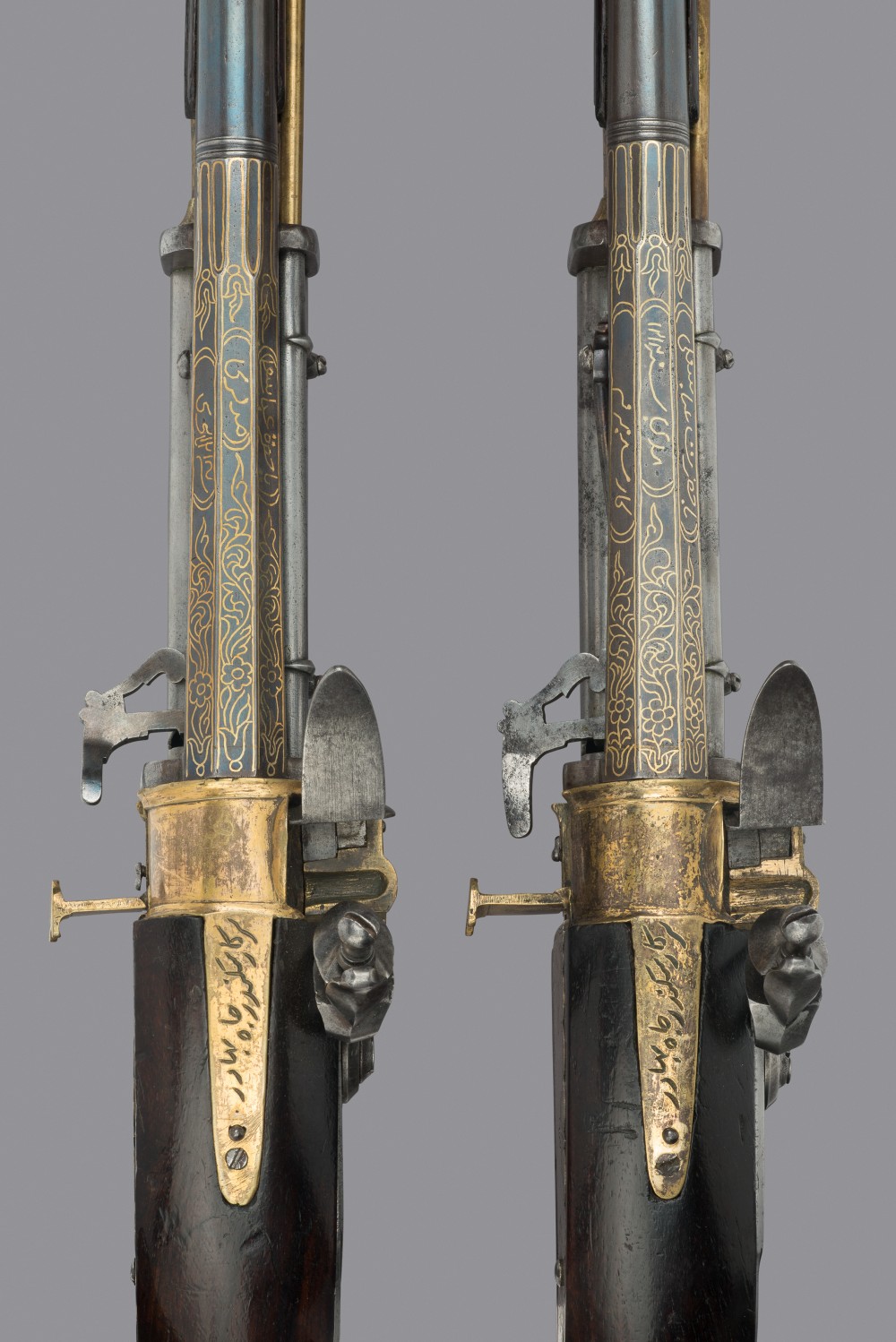 The Nizam of Hyderabad
The Visser Collection

On two sides of the barrel, in Persian:
“Work of Chalembrom (?). Panshari (i.e. Pondicherry) (?), year 1214 (1799/1800).”
On the third side of the barrel, in Persian, an invocation to ‘Abbas, the son of ‘Ali:
“O Exalted ‘Abbas [son of] ‘Ali!”
On the receiver:
“Sarkar Sikandar Jah Bahadur”
In the light of the date on the piece, a likely identification is Sikandar Jah, the Nizam of Hyderabad (r.1803-1829). The piece would have been made for him before his accession and the adoption of the title Asaf Jah III.
Flintlock pistols made in India are a considerable rarity. The few that exist are copies of European weapons, either of Indian manufacture (compare Royal Armouries no. xxvif.217, Richardson & Bennett 2015, 47) or made by Europeans working in India such as Claude Martin, supervisor of the Lucknow arsenal in the late eighteenth century. One such European centre was the French colony of Chalembrom or Chalembron (Chidambaram, 60 miles south of Pondicherry, famous for its Chola temple, see Blackmore 1965, 87, Elgood 1995, 158, Hayward 1963, 187–8 where the name has been interpreted as an individual maker) where an arms manufactory in the French colonial settlement developed a system for repeating flintlocks where tubes below the barrel retaining powder and balls for twenty shots. Such weapons are well attested from the armoury of the Nizams of Hyderabad: a long gun signed Chalembron was formerly in the collection of Midmar Castle in Aberdeenshire (sold Lyon & Turnbull 2010, lot 41). Another, signed Shalebrom dated 1799/1800 (1214 ah) and 1825/6 (1241 ah) in its Hyderabad arsenal inscription, is in the National Rifle Association Museum in Fairfax, Virginia. Two more long guns survive in the Royal collection, one signed Chalembrom à Pondichery and dated 1785 (RCIN90672, Carlton House 3011, Laking 1904, 413), the other dated 1802 (RCIN90673, Carlton House 540, Laking 1904, 430), and two more are preserved in the Musée de l’Armée, Paris, nos M665–6, one inscribed Fait Chalembrom à Pondichery and dated 1785, the other by Jean Bouillet à St Etienne. Another version was made by Claude Martin at the Lucknow arsenal (formerly Joe Kindig collection, Blackmore 1965, 87).