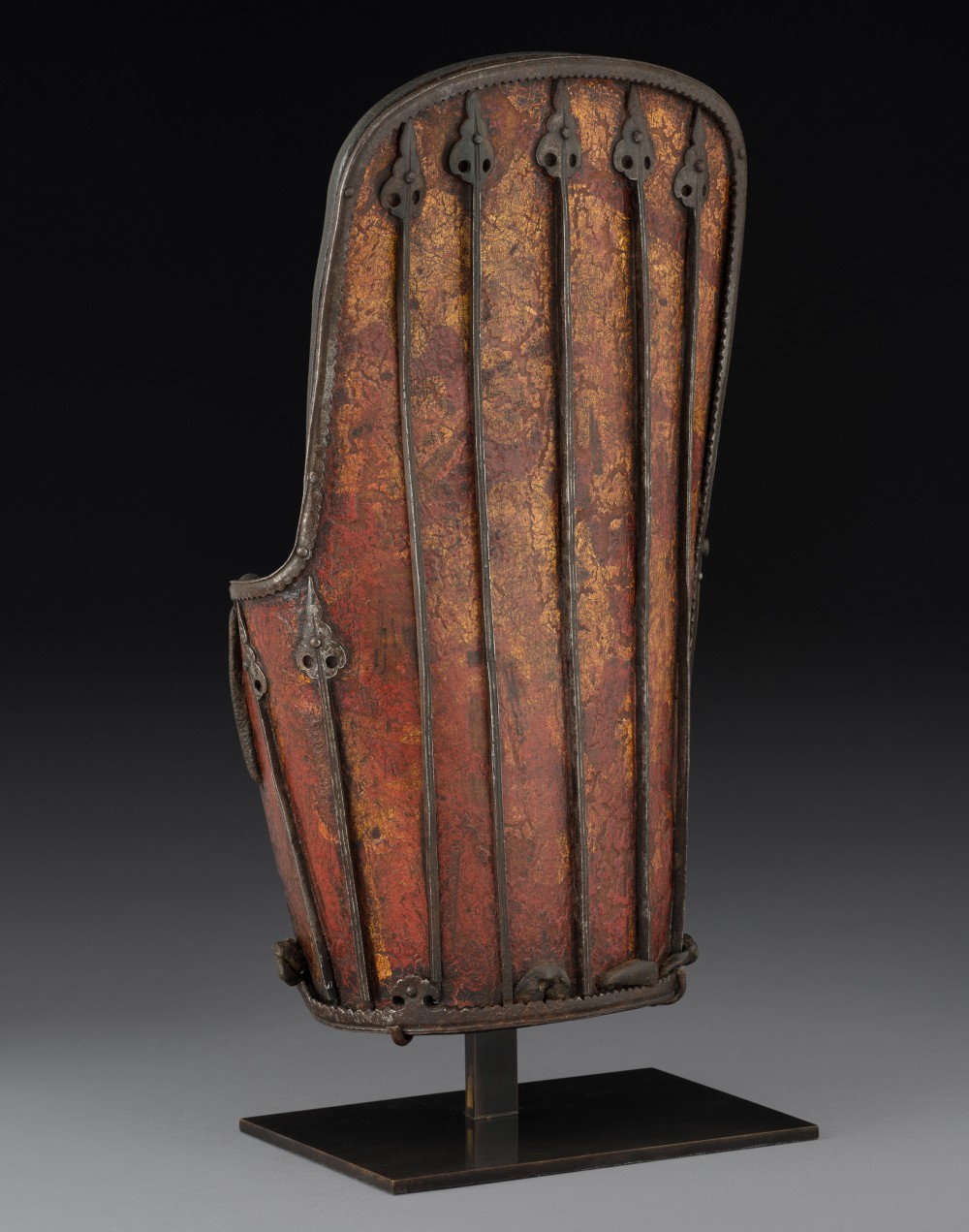 All known asymmetrical examples of these arm defences are for the left arm, suggesting that they were not originally made in pairs (unlike their Turkish compatriots), but for the bow arm only.

Very few examples of these rare defences survive, and though all the surviving examples were preserved in Tibet, it is quite probable that they were originally made for Mongol cavalry and brought to Tibet.