A Parade Partizan Carried by the Bodyguard of Duke August Wilhelm of Brunswick-Wolfenbüttel, dated 1718 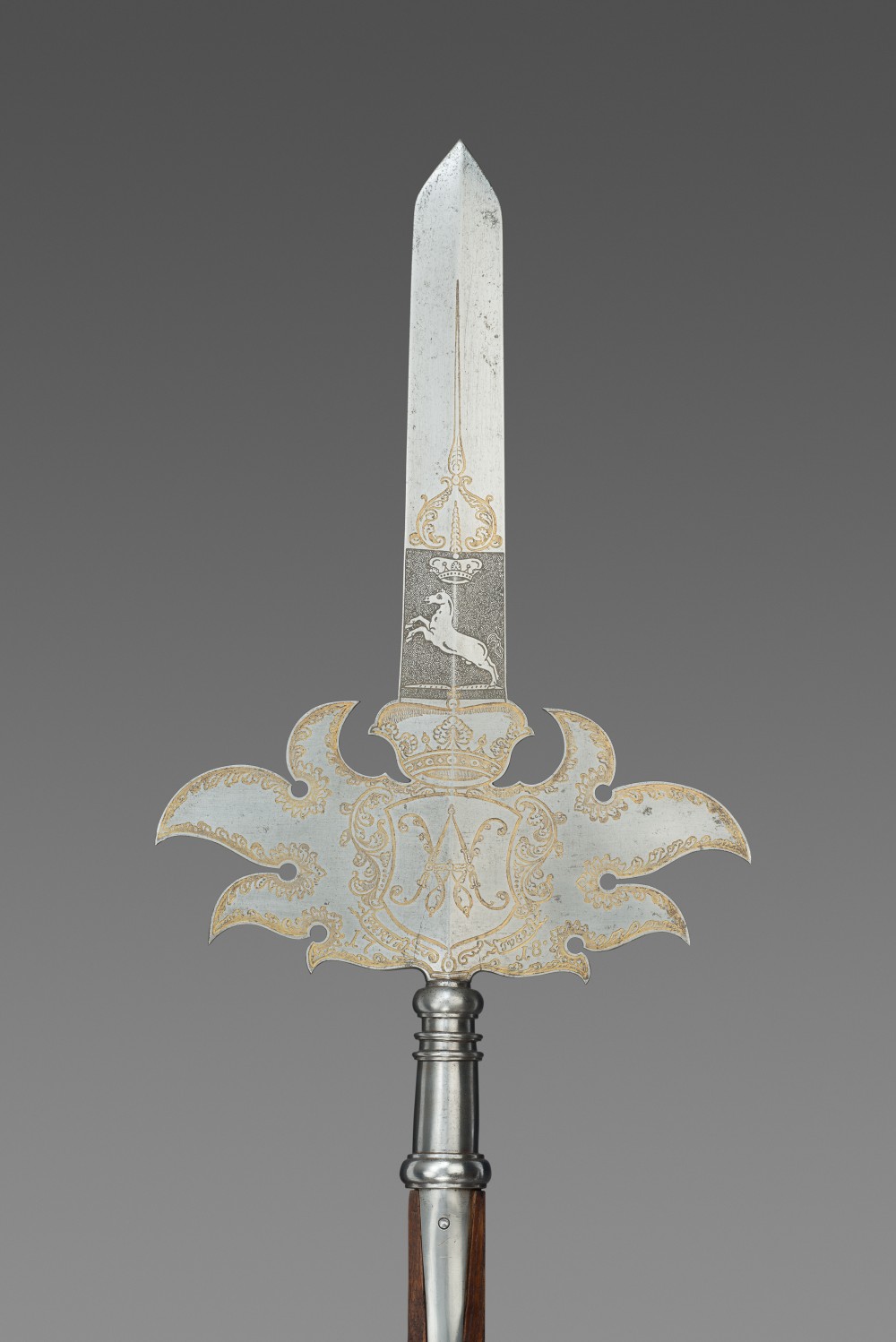 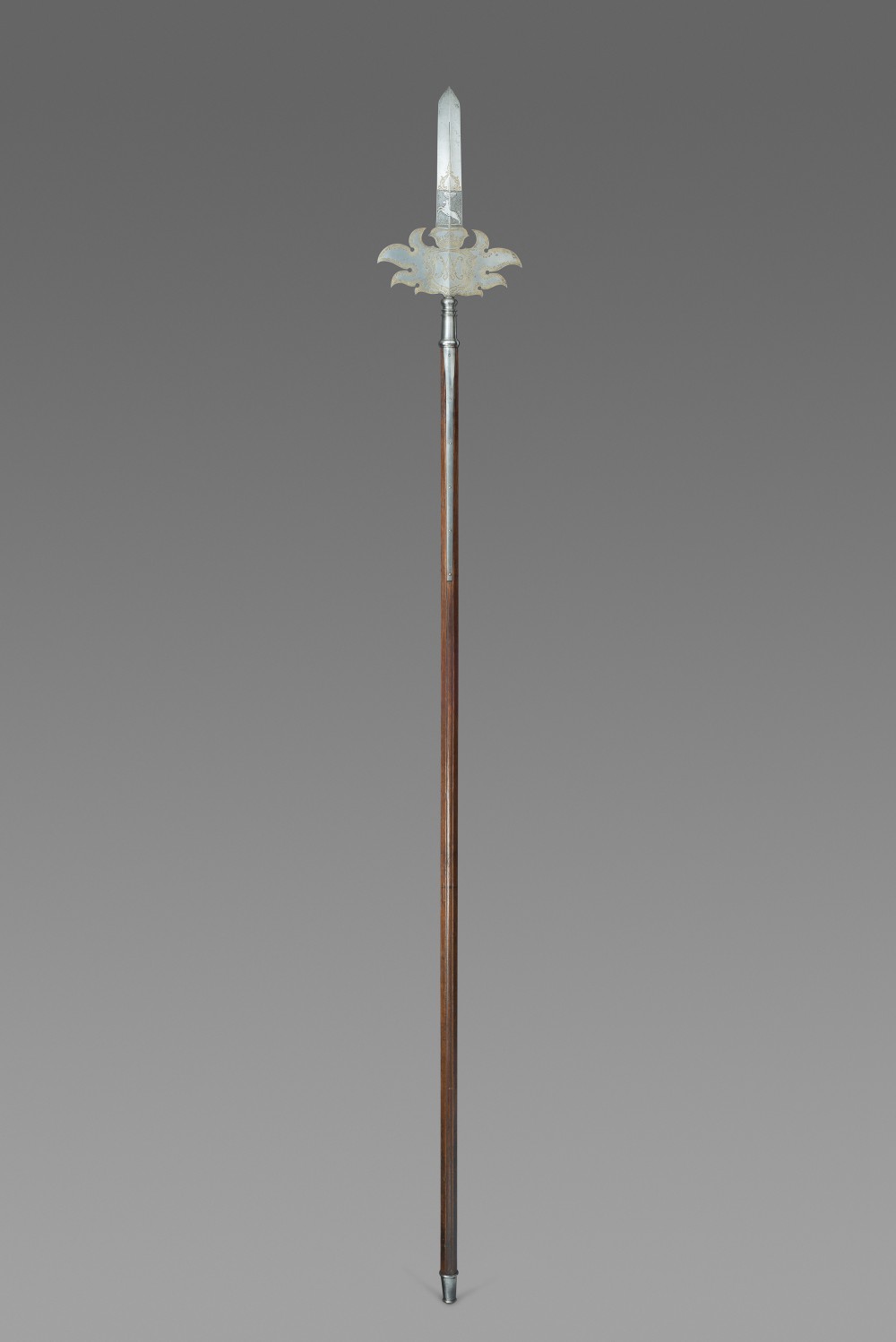 Historic Collections of the Dukes of Brunswick, successively at Schloss Blankenburg and Schloss Marienburg

This splendid and almost literally flamboyant parade partisan from the early 18th century is part of an important group of such emblems of authority from the ducal court of August II Wilhelm of Brunswick-Wolfenbüttel (1662-1731). There may once have been as many as 60, since one of the four exhibited in London between 1952 and 1953 was engraved with that number on one of its langets.

Like halberds, partizans once had a battlefield use but, unlike halberds, they were long obsolete for active service by the early 18th century. Carried as their weapons of office by the men of Royal and noble bodyguards – as they are still by the bodyguard found for HM Queen Elizabeth II of Great Britain by her Yeomen of the Guard – partizans were as much badges of office as weapons. As such, of course, they normally bore as part of their decoration the insignia of the ruler whose body they symbolically protected: thus, on our example, we find all the imagery associated with a ruler – his coronet and cypher, his armorial bearings and the ancient badge of his family.