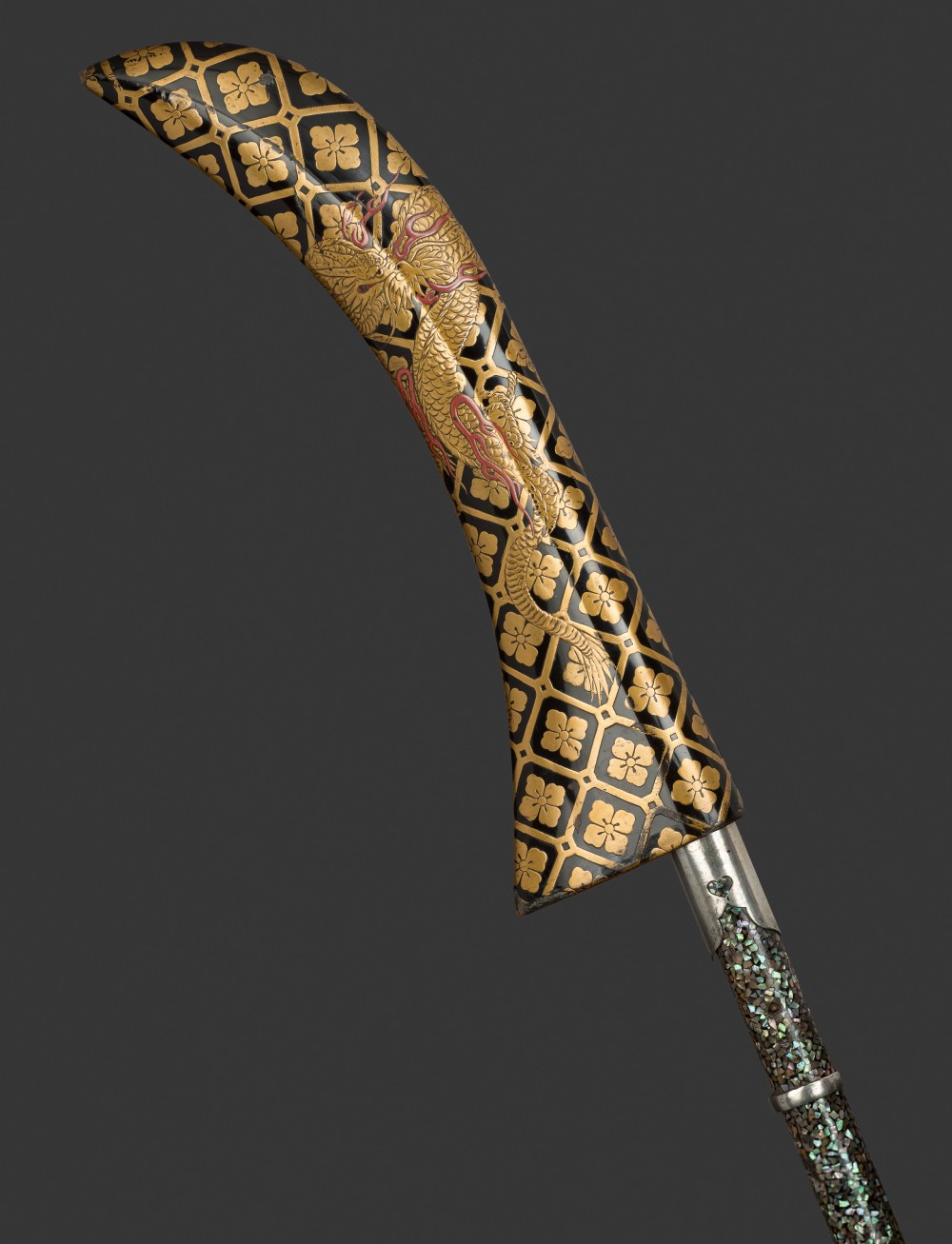 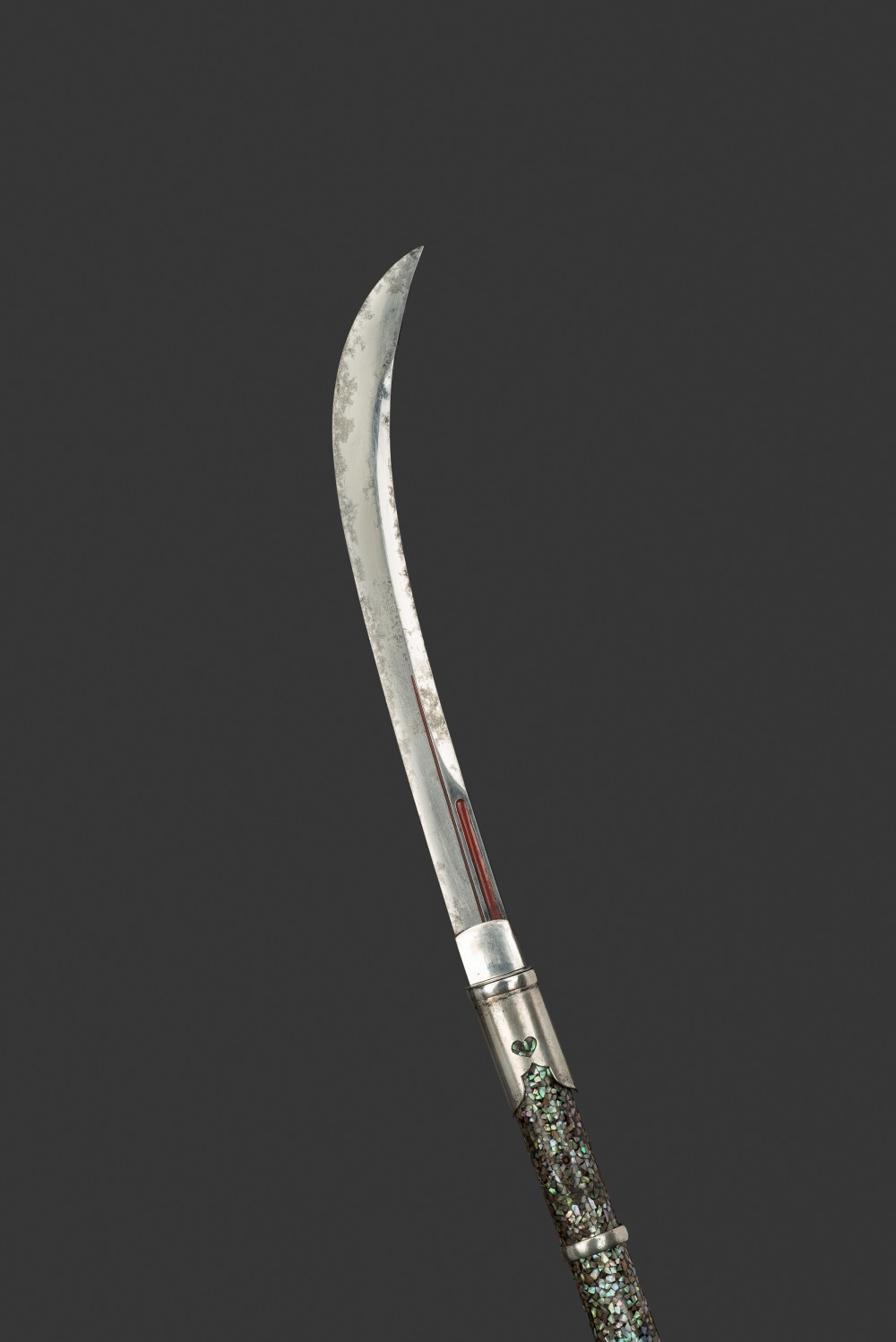 Signed:
On the tang  肥前国忠吉 Hizen kuni Tadayoshi (Tadayoshi of Hizen Province made this)

During the first years of the Edo period, its dates 1603 – 1868, the Nabeshima Daimyo of Saga area in Hizen Province on Kyushu retained the swordsmith Hashimoto Shinsaemon who used the working name Tadayoshi. This smith attracted many pupils and gave rise to a dynasty of nine generations, all of whom used the same name after the death of the father, with the exception of the second generation who used the name Tadahiro. Although the exact signatures of the different generations can vary, sometimes including titles and so on, they all used the simple form used here on occasions.

During the Edo period  it became the practice for women of samurai families to practice with naginata, both as exercise and for self defence. The light weight of the blade, the form of the signature and the patination suggest this blade was made for a woman by one of the later generations of the Tadayoshi group, possibly the 7th generation working in the early 1800’s.