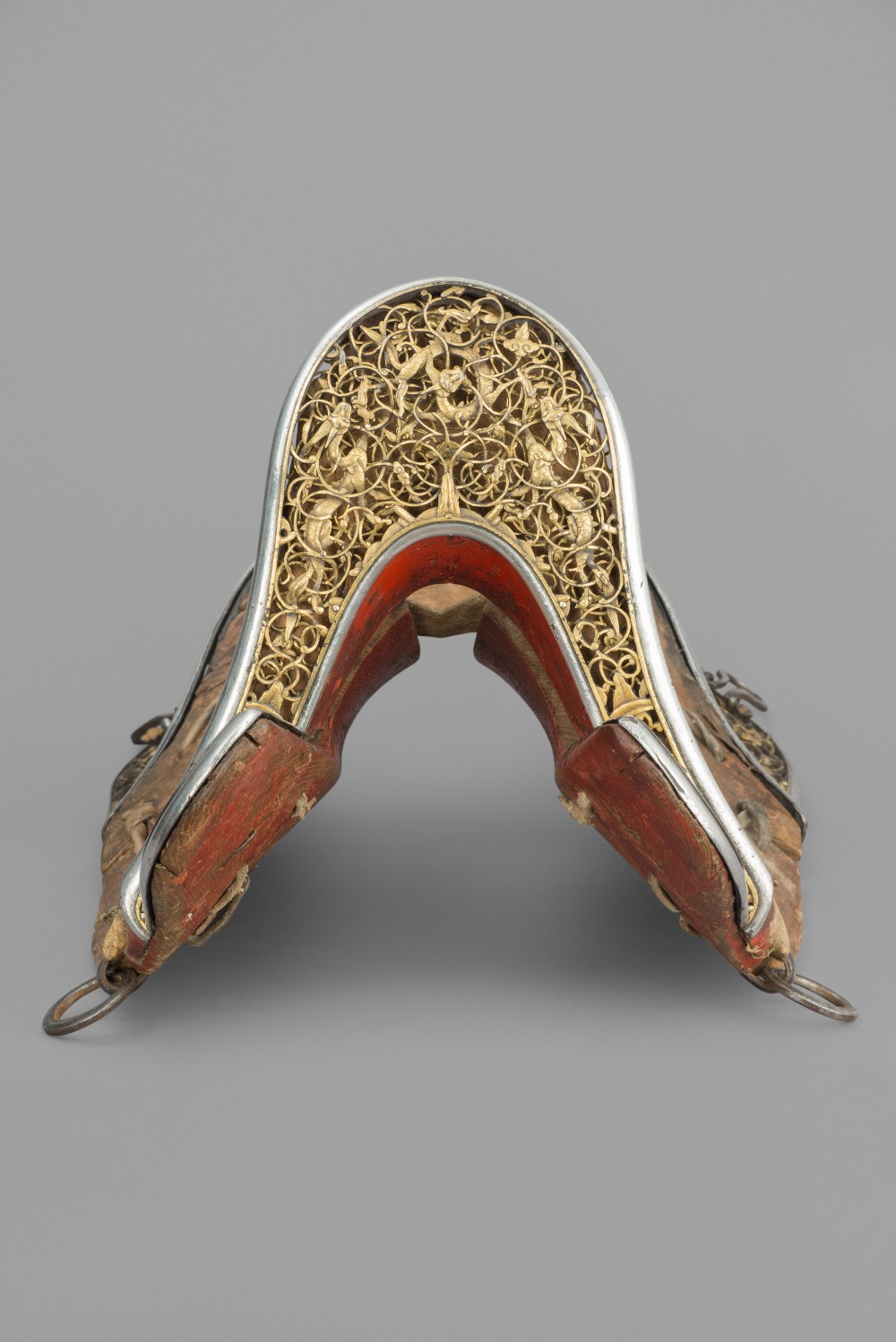 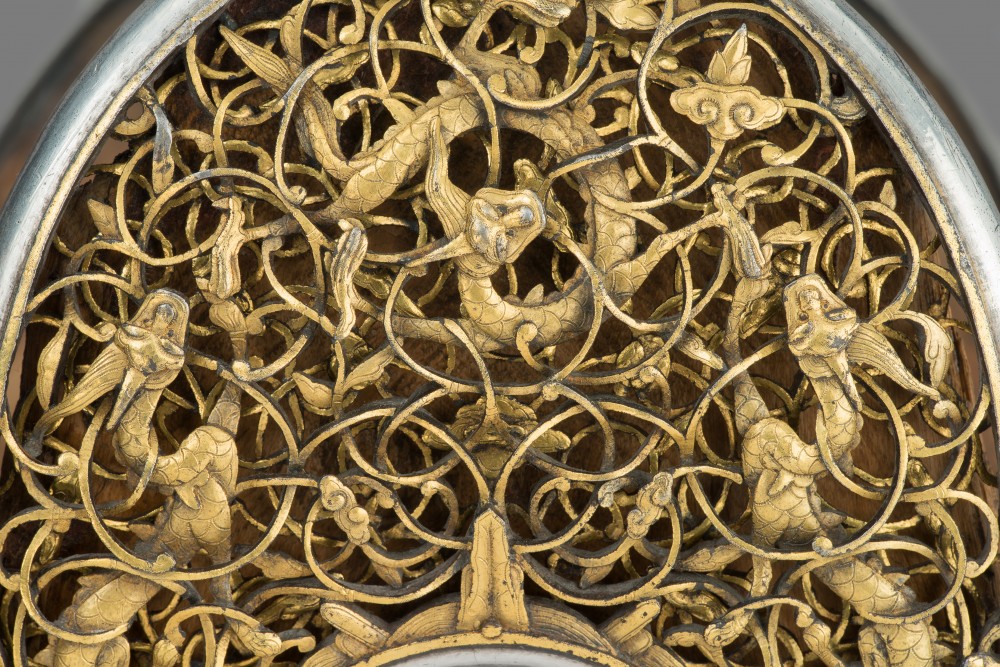 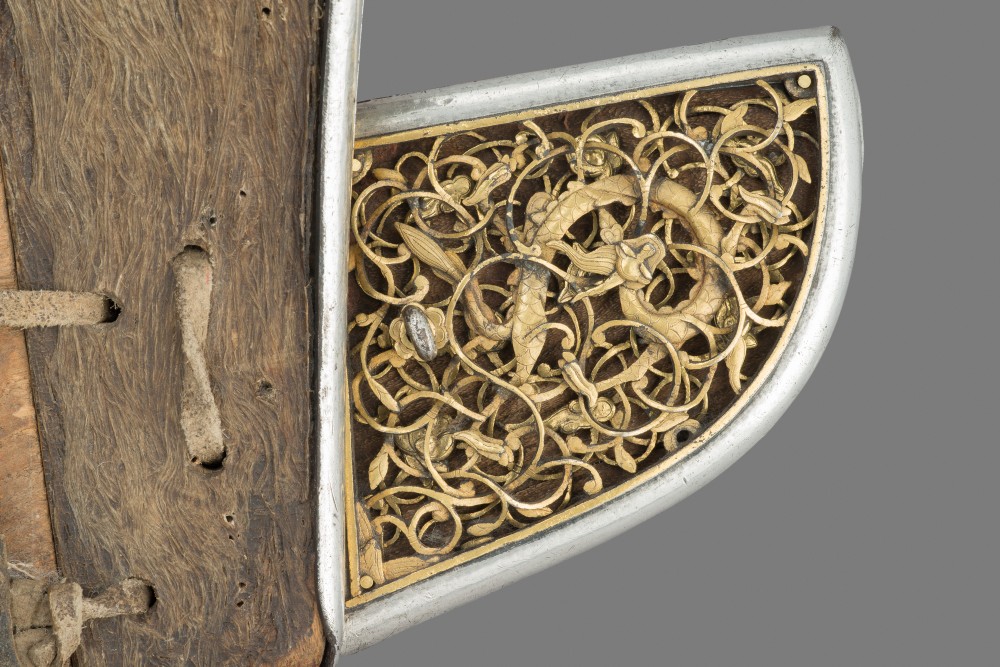 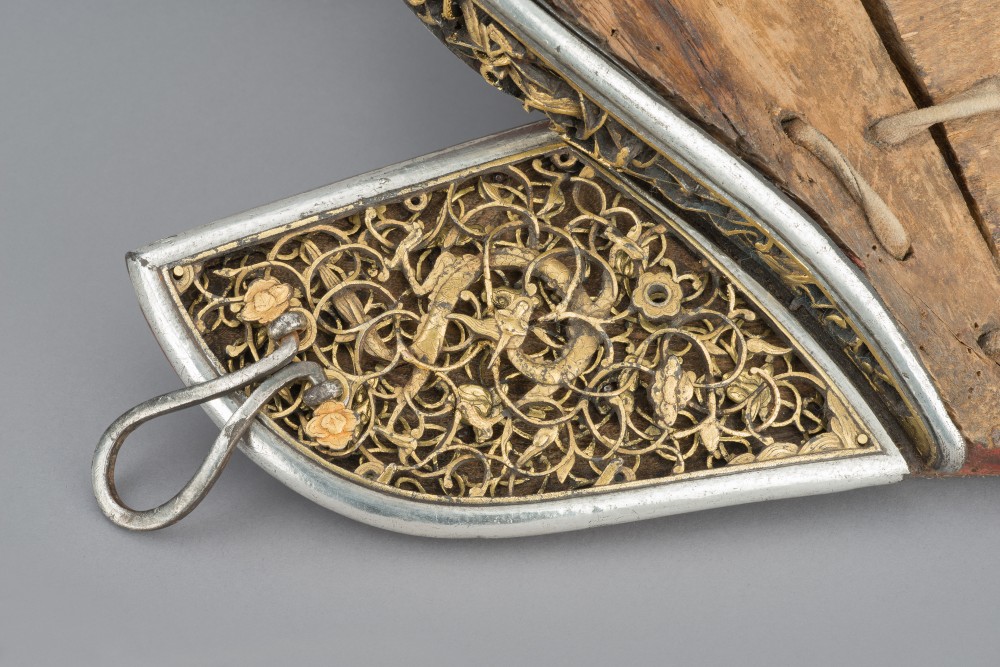 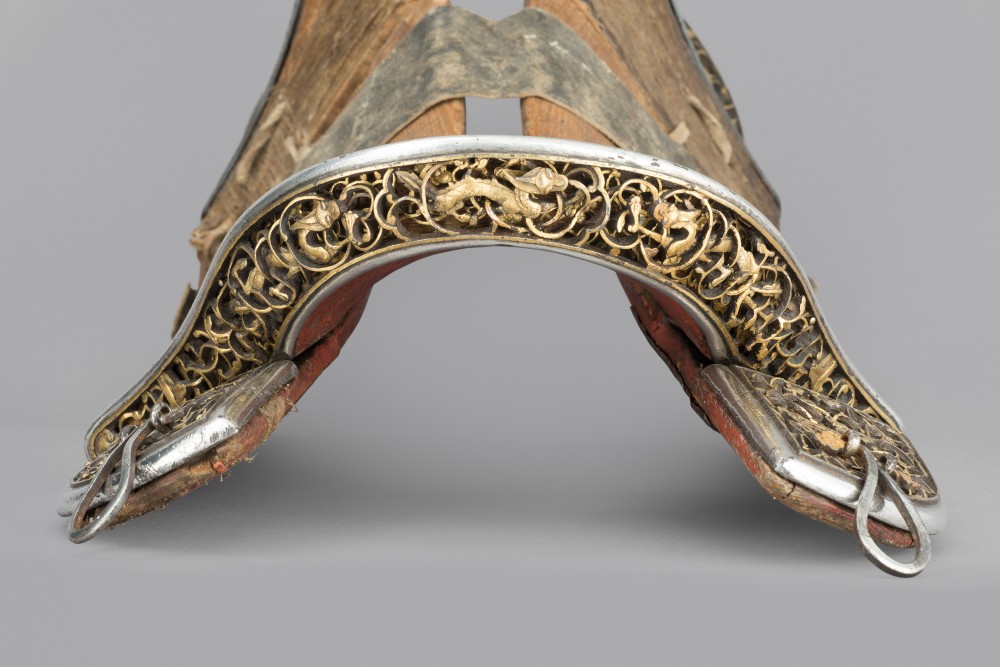 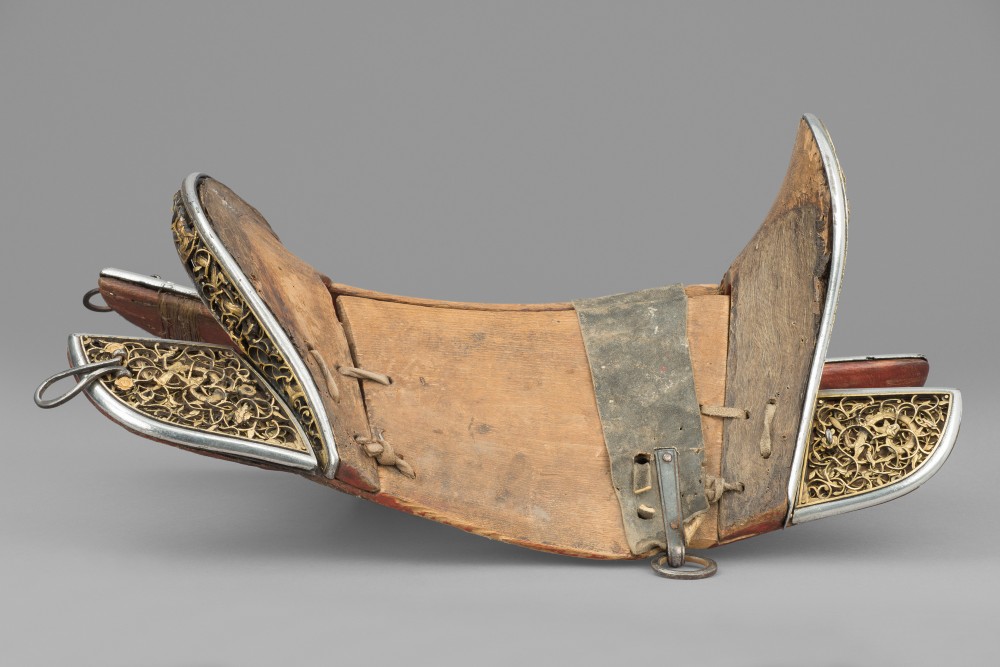 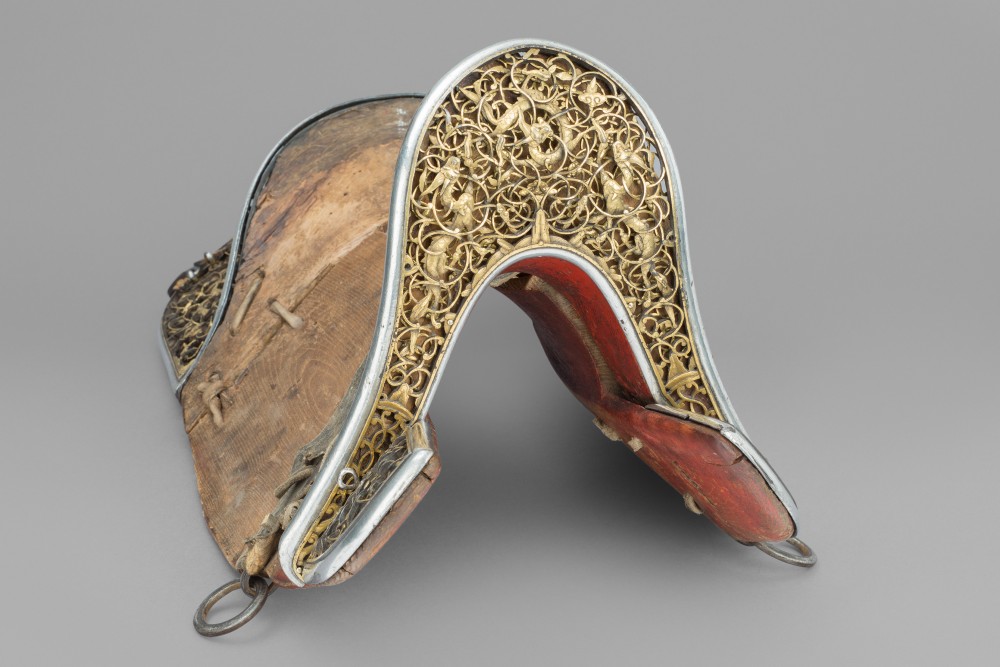 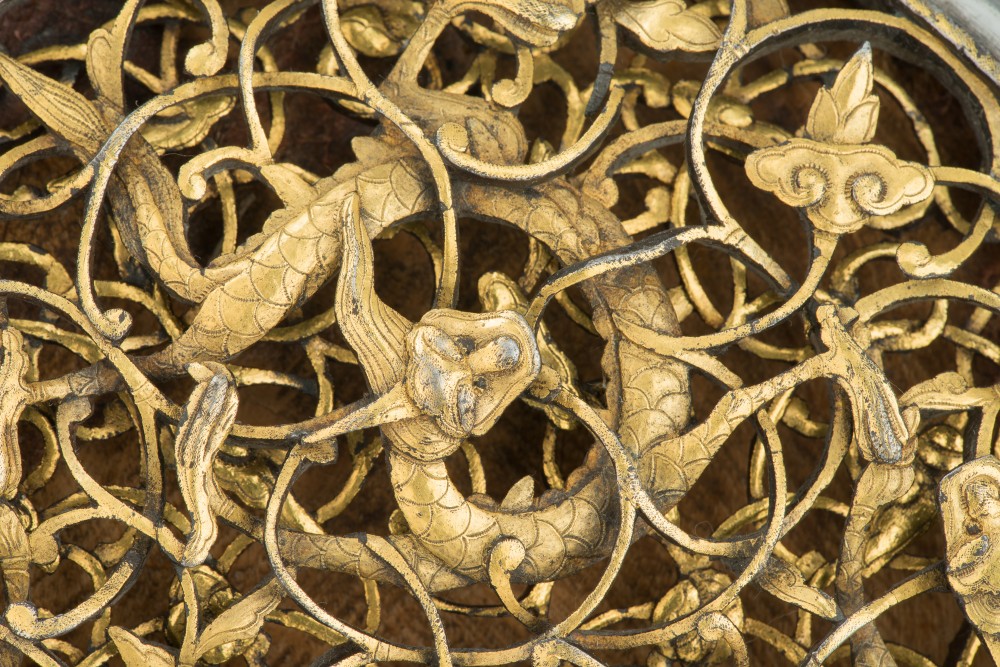 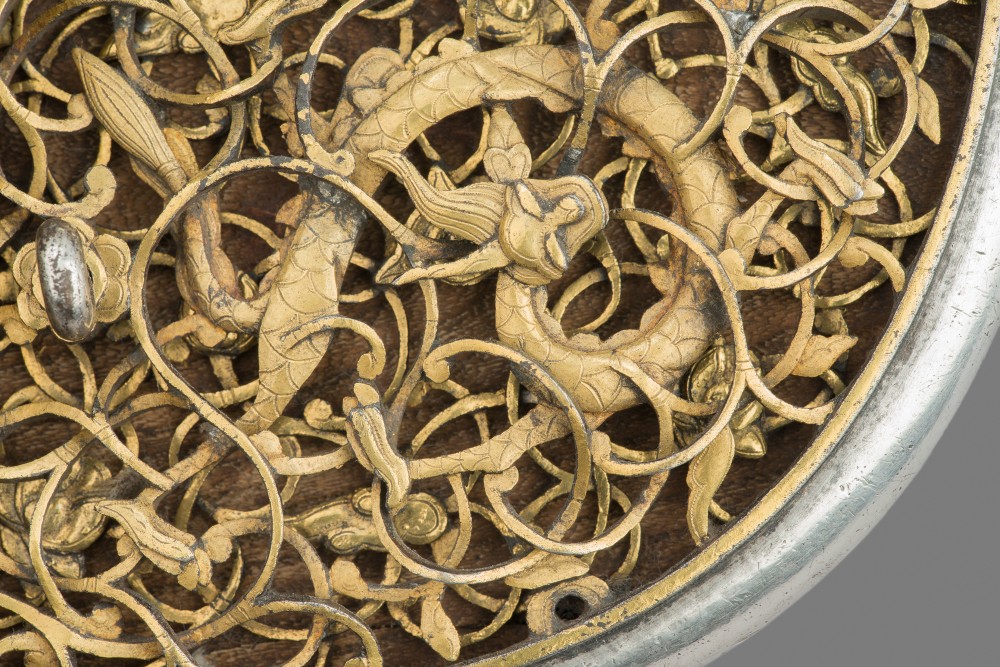 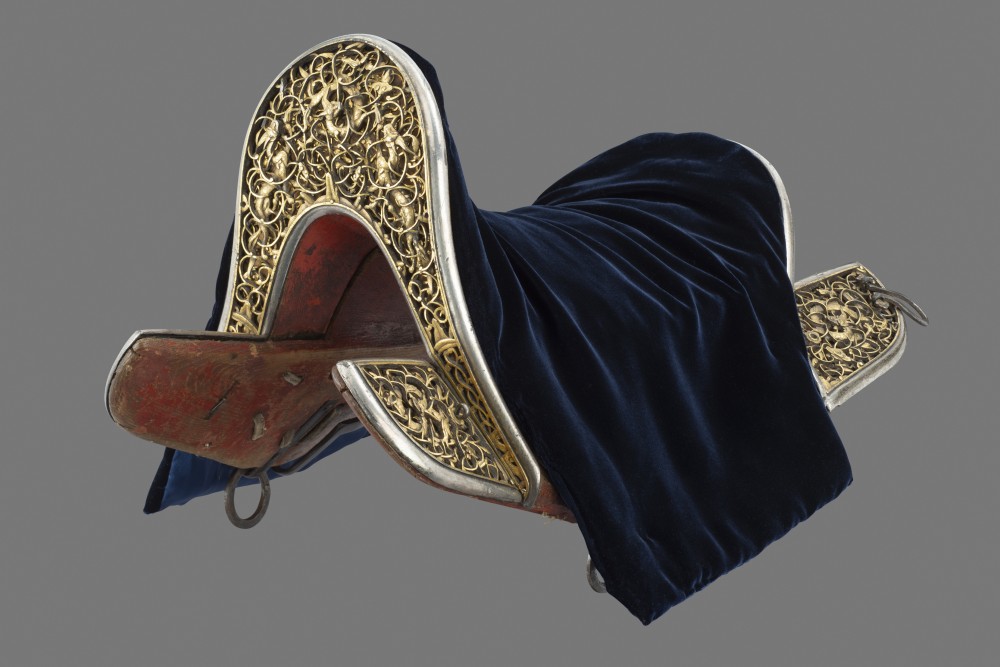 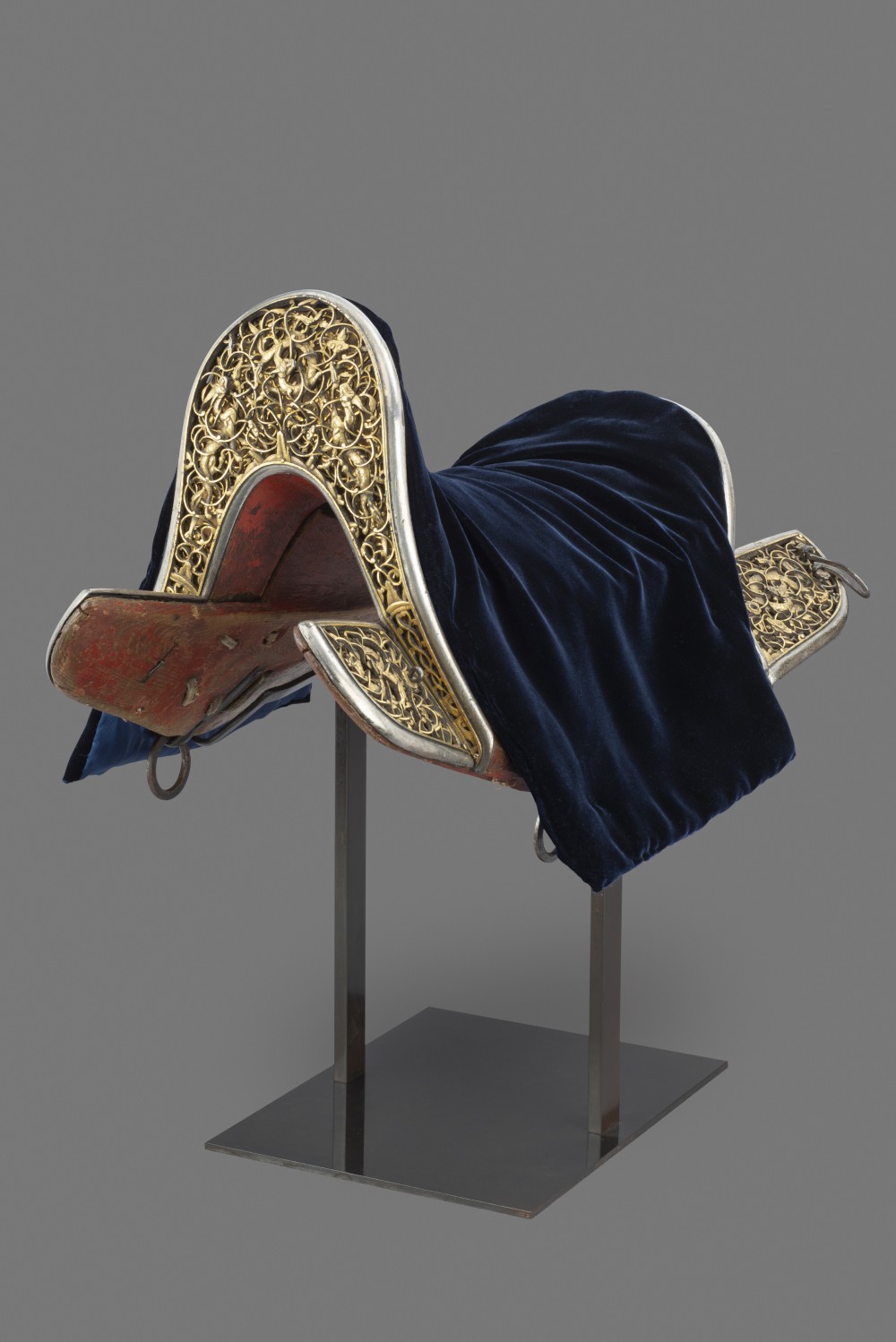 The mythical dragons of ancient Chinese folklore were adopted by neighbours, including Tibetan, Korean and Japanese cultures, for use in their own specific beliefs, storytelling, art and heraldry.

This saddle features elaborately decorated fretted gilt iron plates, pierced and chiselled with sinuous, scaly, four-clawed dragons writhing through a tracery of scrolling foliage that terminates in buds. Leaves, flowers and a denser tracery of scrolling foliage also feature on the plates of the saddle. In the catalogue to The Metropolitan Museum of Art's 2006 exhibition Warriors of the Himalayas: Rediscovering the Arms and Armor of Tibet, written by Donald J. LaRocca, he proposes that Chinese robes and silk brocade first introduced these major motifs to Tibetan art, and that images of dragons in scrolling foliage ‘closely mirror in form those on contemporary Chinese textiles.’