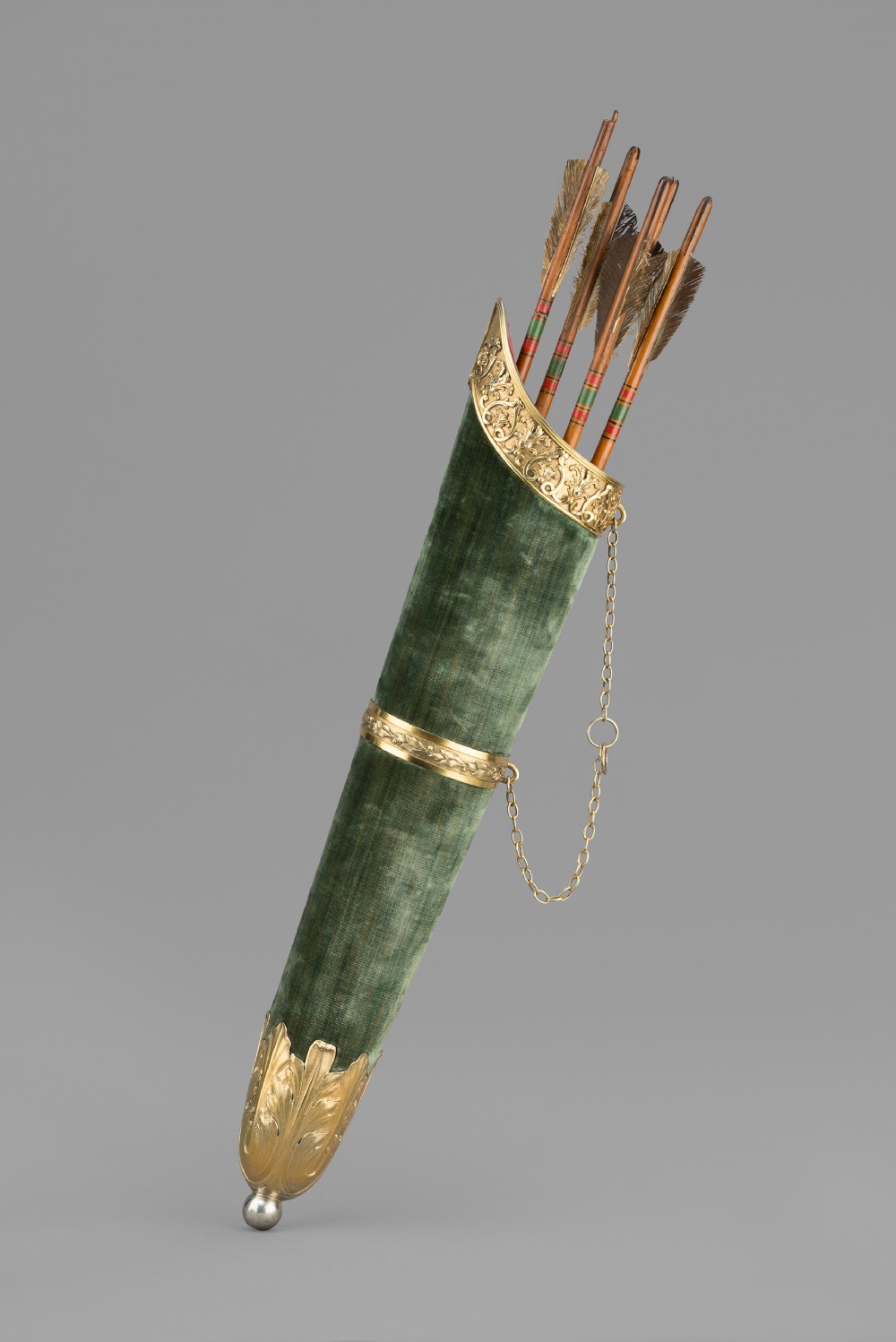 Inscribed:
PRESENTED TO THE SOCIETY OF YORKSHIRE ARCHERS BY THE LADY PATRONESS THE COUNTESS MEXBOROUGH

The Right Honourable Elizabeth, Countess of Mexborough (1762-1821) was the wife of John Saville, 2nd Earl of Mexborough and Lifford (1761-1830). While the title was from the Irish Peerage, the family seat was at Methley Hall, near the city of Leeds in West Yorkshire. The hall dated from the fourteenth century, but was sadly demolished in 1964. A pair of pastel and gouache portraits of the earl and countess, by the portrait artist Daniel Gardner passed through Sotheby’s (London, April 30th  2015, lot 00942). The Countess of Mexborough died aged 59 and is buried in the Darnley vault of the Henry VII chapel in Westminster Abbey; the grieving earl commissioned the sculptor Robert Blore to create a marble memorial to his wife, which is on the wall of the St. John the Baptist chapel in the abbey.

The silver-gilt mounts enriching this quiver are very much the taste of late 18th century Georgian aristocracy; as such, this quiver would have been a highly prestigious gift to the society.

The silver makers, William Pitts and Joseph Preedy, registered their mark in January 1791.