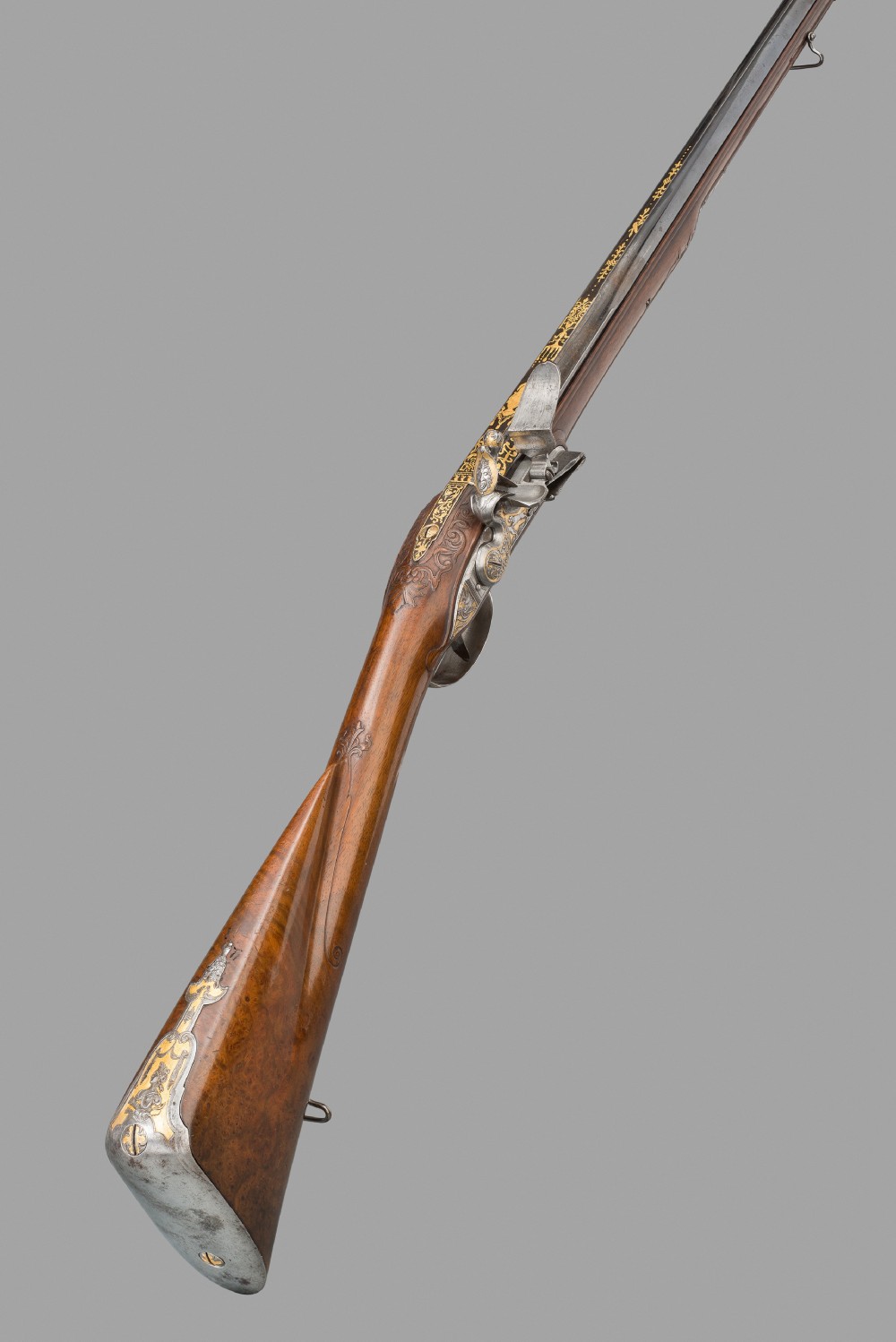 The predominant theme used in the gold-damascened, chiselled and carved decoration of this superbly executed gun is the legacy of the Paris baroque style of the 1660’s, namely, the published engraved plates of the virtuoso and widely influential designer Jean Bérain.

Bérain’s published designs for firearms ornament were taken up and expanded upon over the remainder of the 17th century and at the commencement of the 18th by a succession of Paris designers. Bourcier has chosen the proven earlier gold-standard of the Paris makers rather than electing to produce this masterpiece in a style contemporaneous with 1760, likely wanting not to risk displeasing a conservative provincial client for whom the gun was intended.