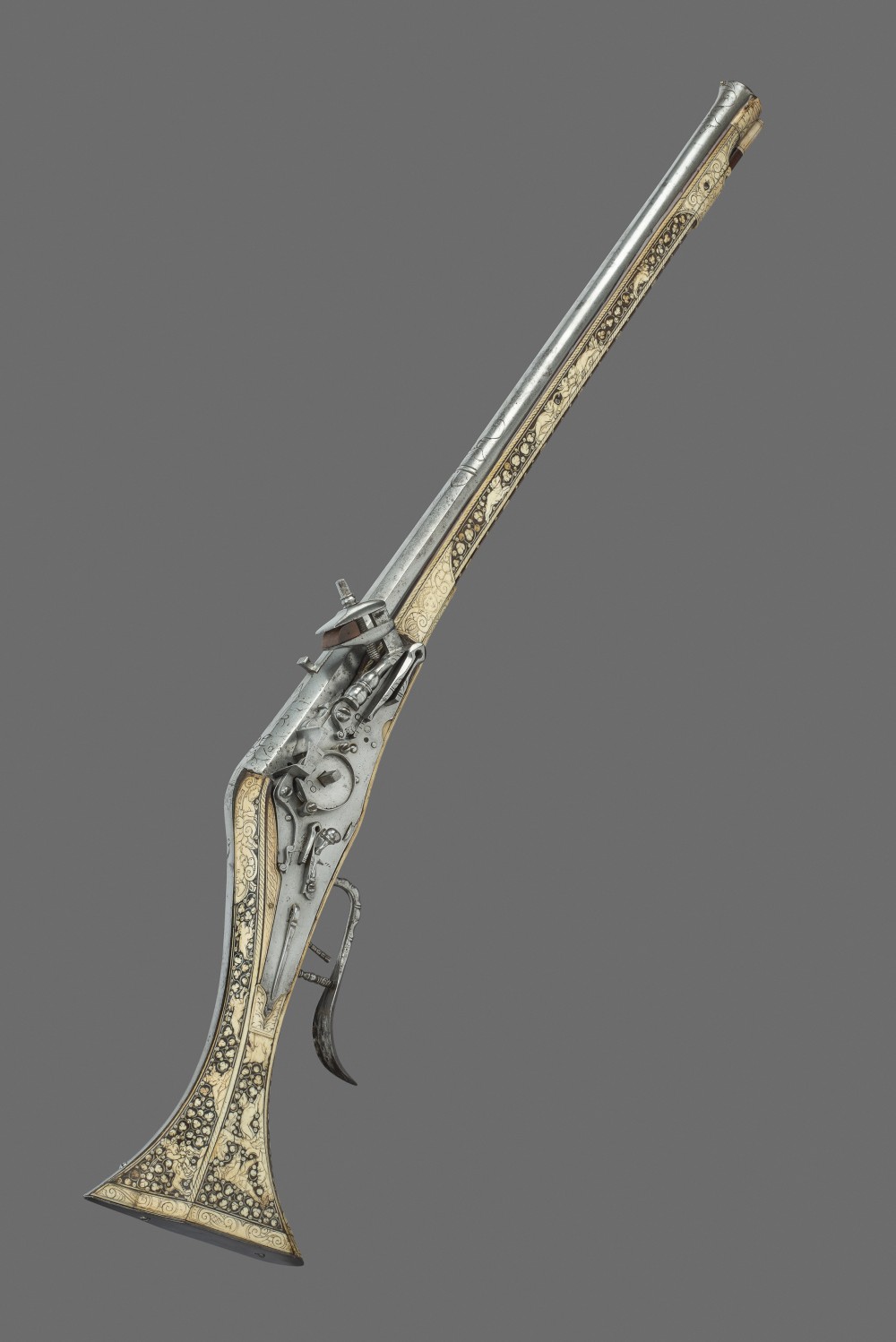 An arresting theme inlaid over the stock of this gun is a frieze-like series of hunting scenes after the designer and engraver Virgil Solis of Nuremberg (circa 1530-62). They show a stag-hunt involving a mounted huntsman, armed with a sword, charging down a stag beset by his hounds. A number of comparable original engraving by Solis, both of huntsmen in mid-16th century dress and of narrow friezes of smaller-scale huntsmen, hounds and game animals are in the Victoria and Albert Museum, London.