A Pair of Flintlock Sporting Rifles by Caspar Zellner, 1725 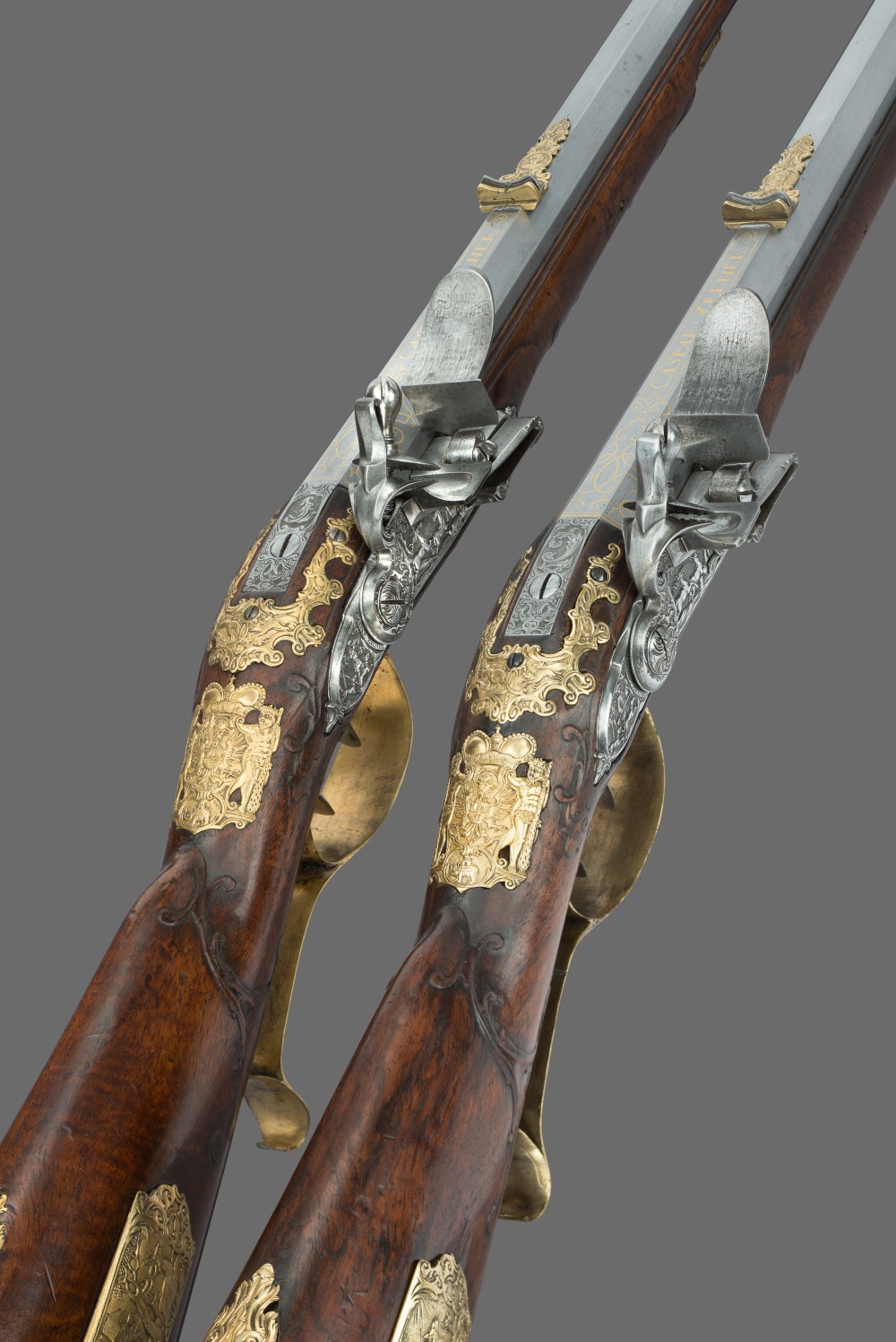 Made for a Prince of the Holy Roman Empire
The historic collection of the Princes Hohenlohe-Langenburg
In 2013 removed from Schloss Langenburg, Baden-Württemberg, and sold from the collection the following year.

The barrel is signed 'CASPAR ZELNER,’ and the tangs signed
‘CASPAR ZELNER’ in miniscules; behind the cock is inscribed ‘IN WIENN’

Caspar (Kaspar) Zellner (1661-1730) was a member of the dynastic and highly renowned family of gunmakers of that name working in the Salzburg area.
Between 1695 and 1730, the year of his death, Zellner ranked among the principal gunmakers to the Emperor Joseph I and then to Karl VI. The former Imperial Hofgewehrkammer (court gunroom) preserved in the Kunst historishes Museum in Vienna listed no less than ninety-five firearms by Caspar Zellner, with the barrels of firearms by other ranking makers signed by Caspar Zellner also. Zellner would have made this pair of rifles as a bespoke commission, the multitude of princely busts and figures used within his decorative plan reflecting the noblesse of his client and his consort as a Prince of the Holy Roman Empire, their rank confirmed by the specific styling of their crown. This form of crown (Fürstenhut) was exclusive to the ceremonial regalia of Princes and Dukes of the Empire.
On these rifles the crown forms the upper part of the escutcheons, which also bears the owner’s coat-of-arms.