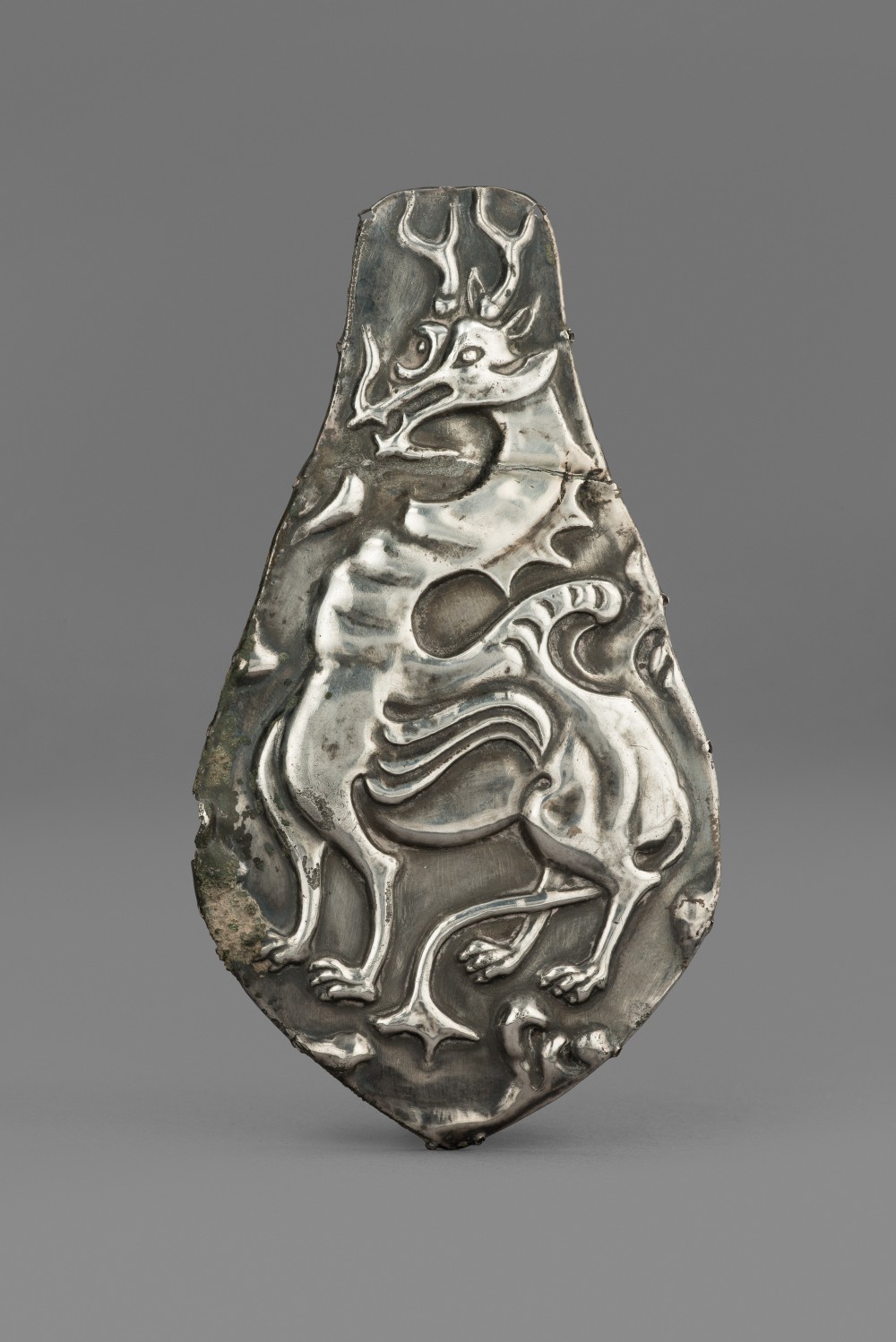 This chased silver pendant from a horse breast-collar shows a Longma, or ‘Dragon–Horse’. In addition to naming the mythic creature, longma, 龍馬, can mean 'an eminent person'.

Longma connect with other creatures in Chinese mythology. While longma sometimes applies to the Qilin, a mythical hooved chimerical creature, the closest relative is the legendary tianma, 天馬, the 'heavenly horse' or a Chinese Pegasus, which was metaphorically identified with the hanxiema, 汗血馬, or 'blood-sweating horse'.

A poem attributed to Emperor Wu of Han celebrates a 101 BC victory over Western tribes using this mythology:

The Heavenly Horses are coming,

Coming from the Far West.

They crossed the Flowing Sands,

For the barbarians are conquered...

The Heavenly Horses are coming;

Jupiter is in the Dragon.

Should they choose to soar aloft,

Who could keep pace with them?

They will draw me up and carry me

To the Holy Mountian of K’un-lun.

The Heavenly Horses have come

I shall reach... Heaven,

I shall see the Palace of God.