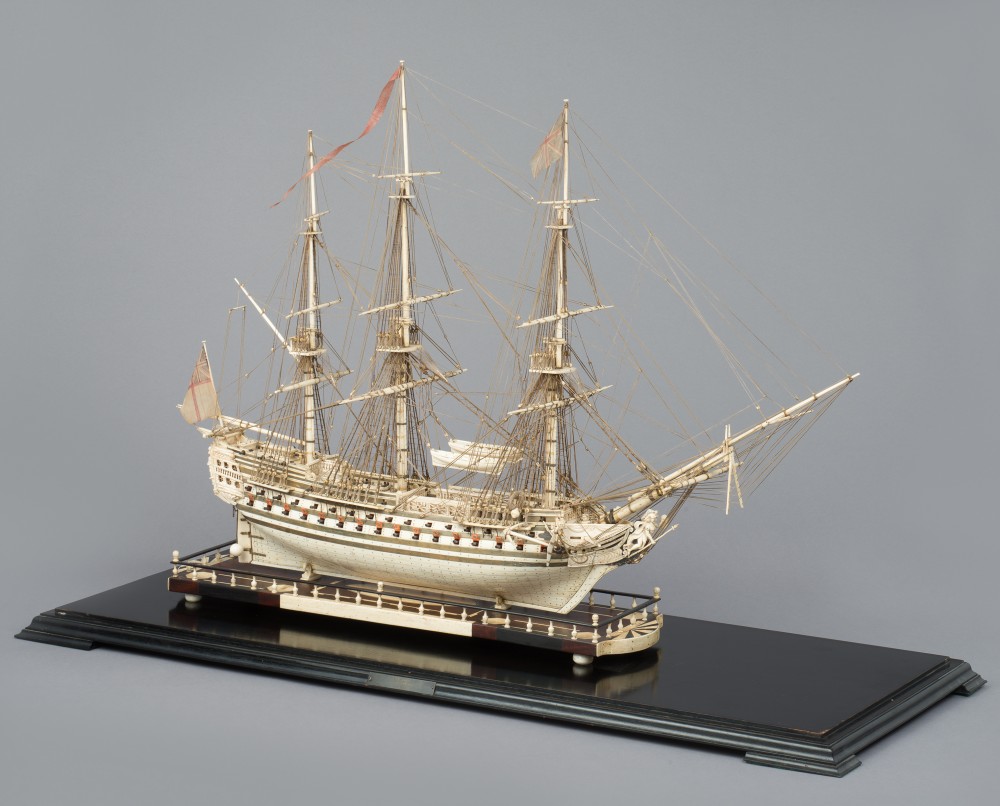 HMS Canopus was an 80-gun French ship-of-the line called the Franklin until the 1 August 1798, when she was captured by the Rear Admiral Sir Horatio Nelson during the battle of the Nile.

She had a crew of 718, her weight was 2223 tone and her length was 197 feet. She was renamed HMS Canopus and saw action with the British fleet in the major operations against the French between 1798 and 1815. She was used as the flagship of Rear Admiral Sir Thomas Louis, Bart., and was commanded during the campaign by Captain John Conn, Captain Francis William Austen and later by Captain Thomas George Shortland from, 1807 and Captain Charles Inglis from 1809.

During the Napoleonic wars which continued from 1793 until 1815, large numbers of French sailors were taken prisoner. They were held at over thirty prisons in the British Isles, most notoriously Norman Cross near Huntington and in prison hulks on the south coast. Conditions for the prisoners were appalling, due in part to a dispute between the warring nations as to who was responsible for the maintenance of the prisoners. They had to survive and find a means of paying for necessities, so prison markets grew up in which goods were sold and bartered; these included straw pictures, hair bracelets and chains and famously, models of ships made in both boxwood and bone.

The later were sought after and often sold for high prices, and as the market developed some were probably made to commission and perhaps with materials brought into the prisons. Only a few were made to scale, in which case the craftsman must have been supplied with drawings and many, despite being named, bear little resemblance to an actual ship and are often typically French in design. The fact that this model is named HMS Canopus would be accounted for by the fact that she was captured by the popular hero, Admiral Nelson.