An Ottoman Dagger, or Hancer, and Scabbard, 19th century 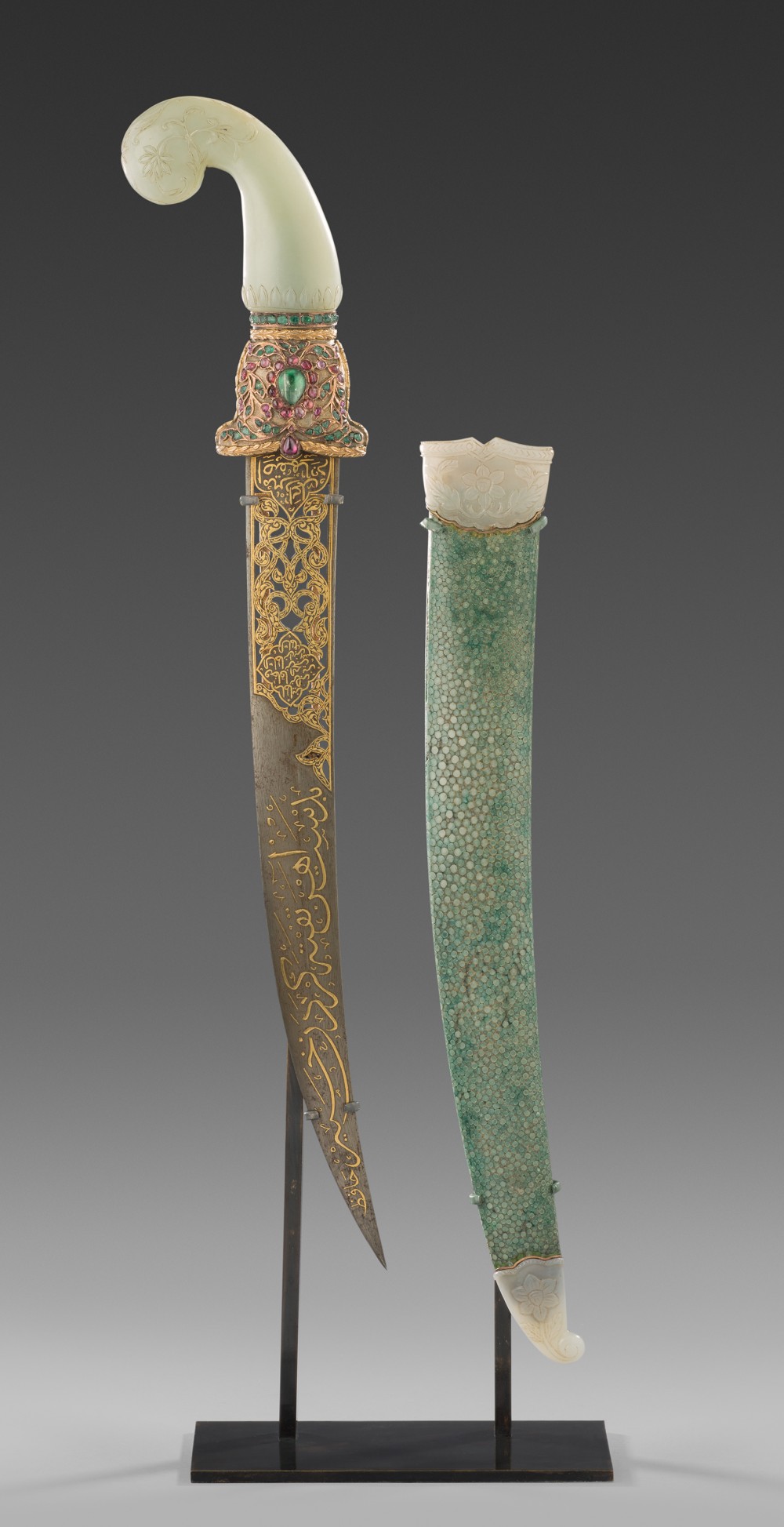 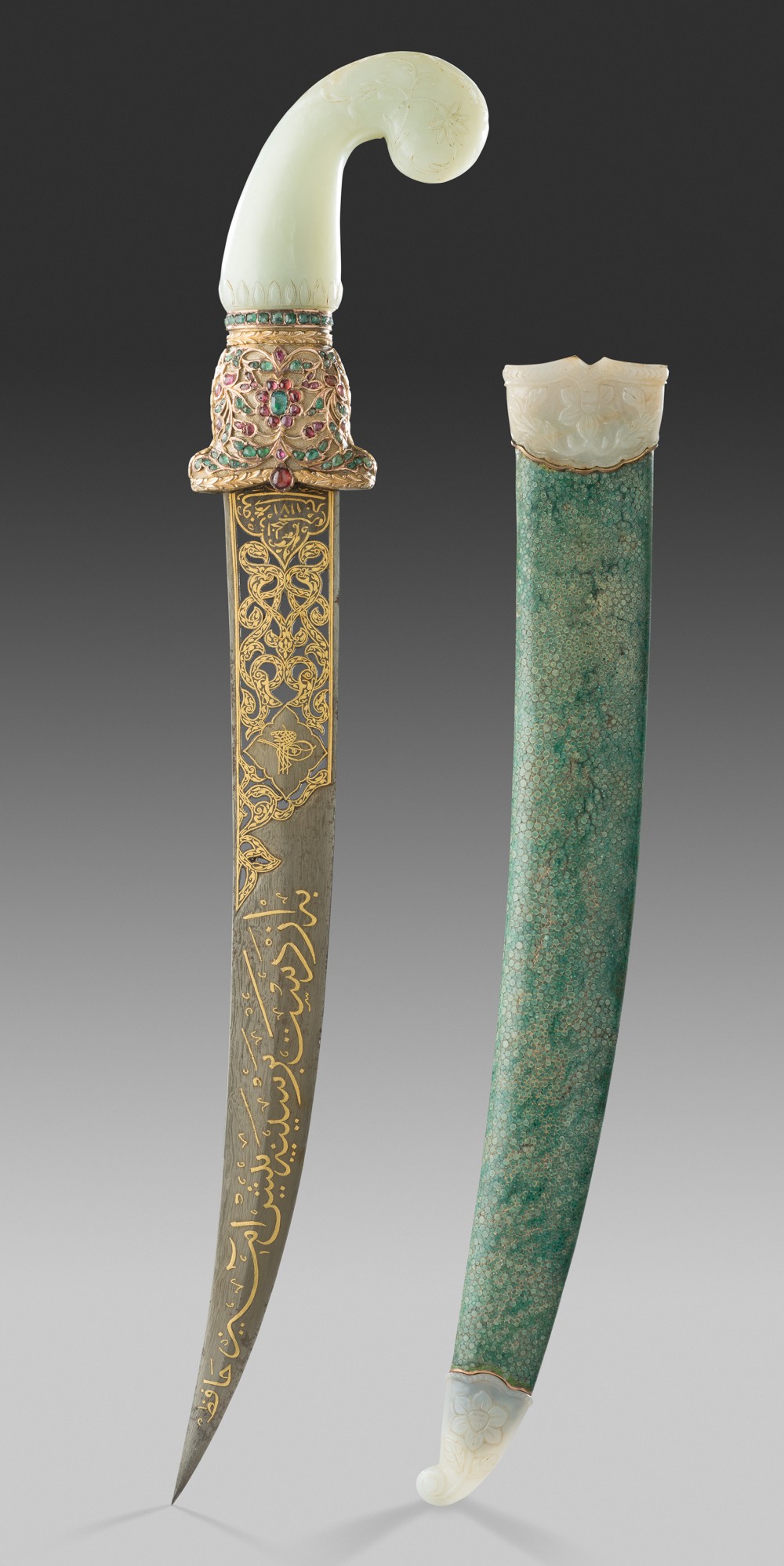 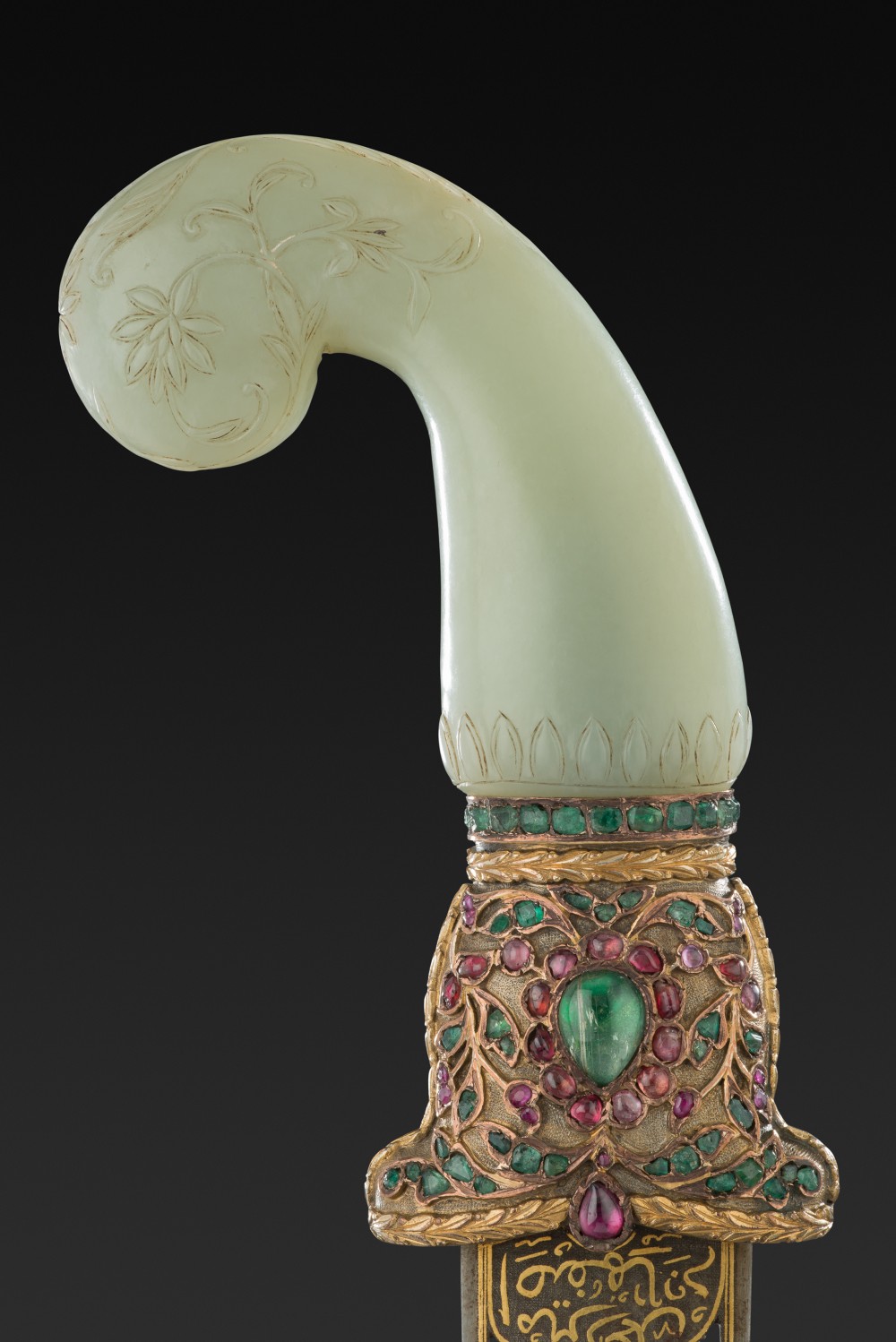 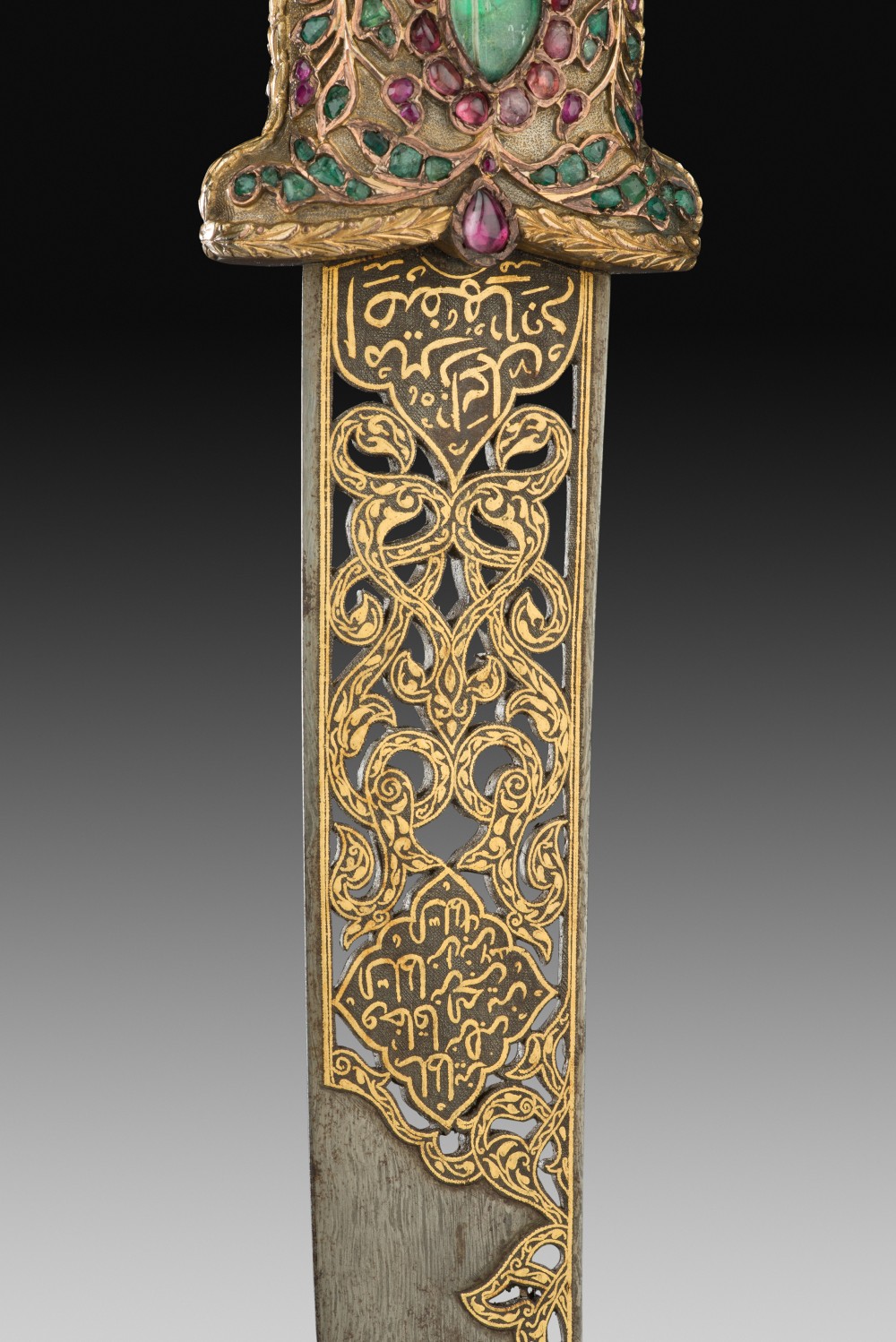 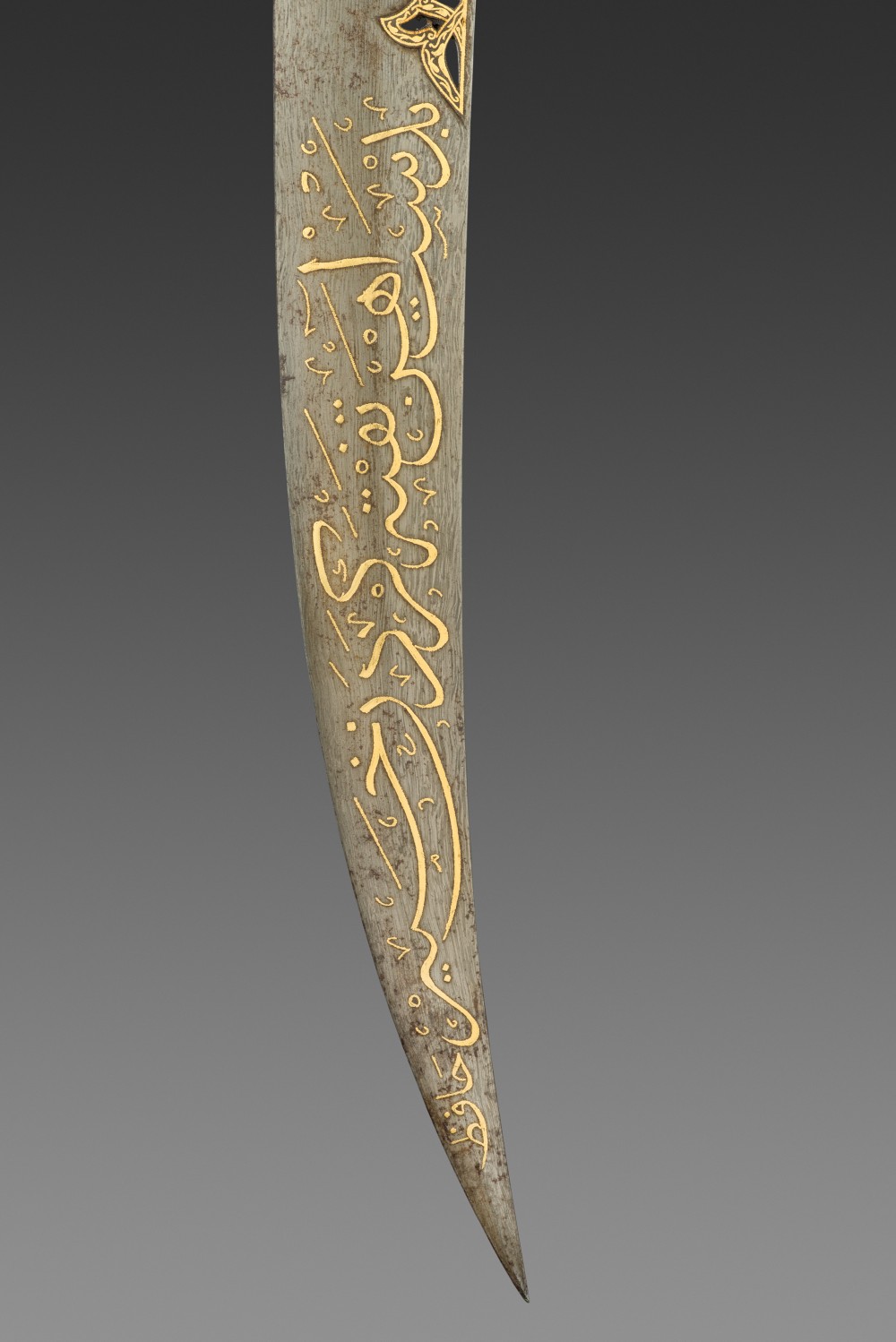 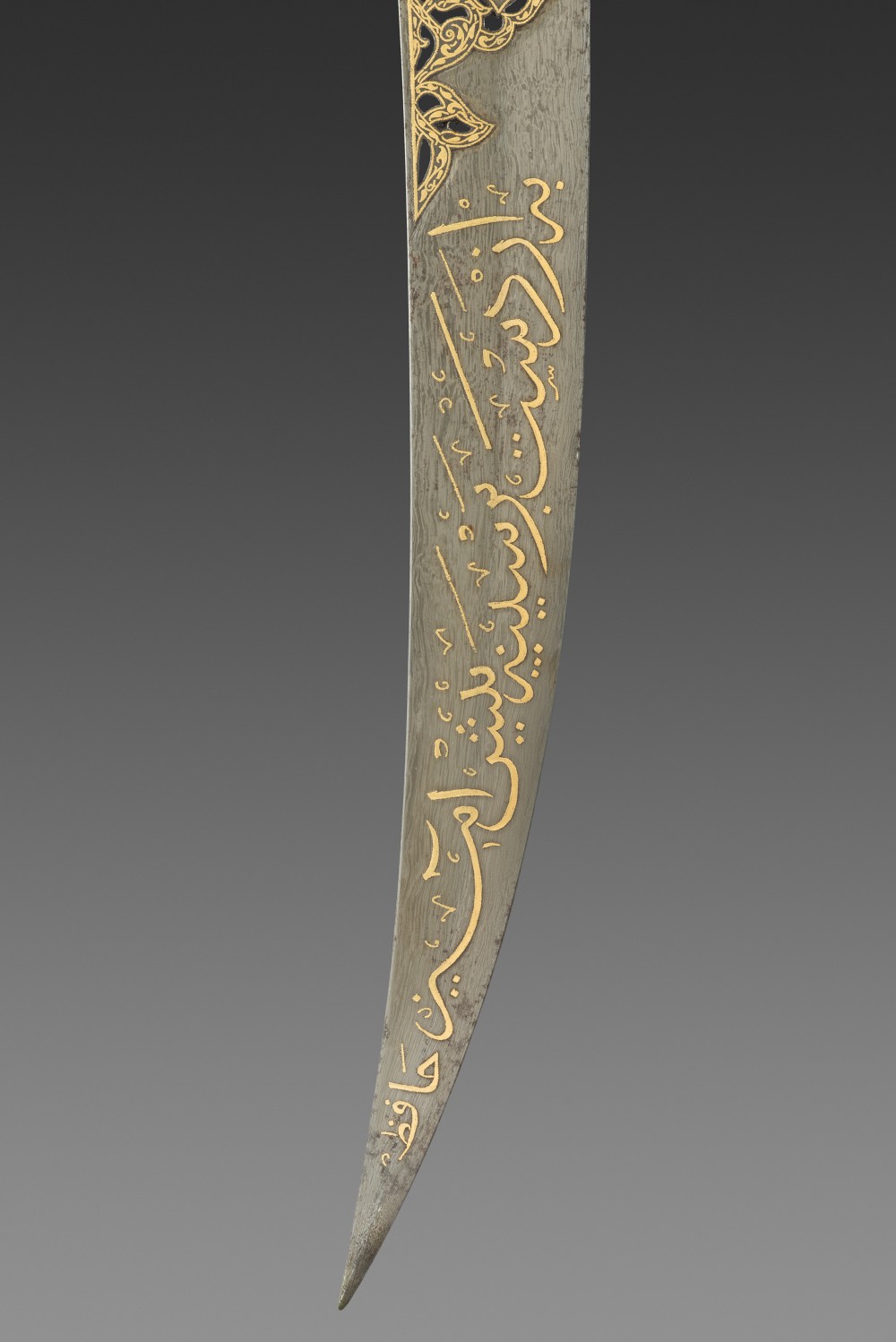 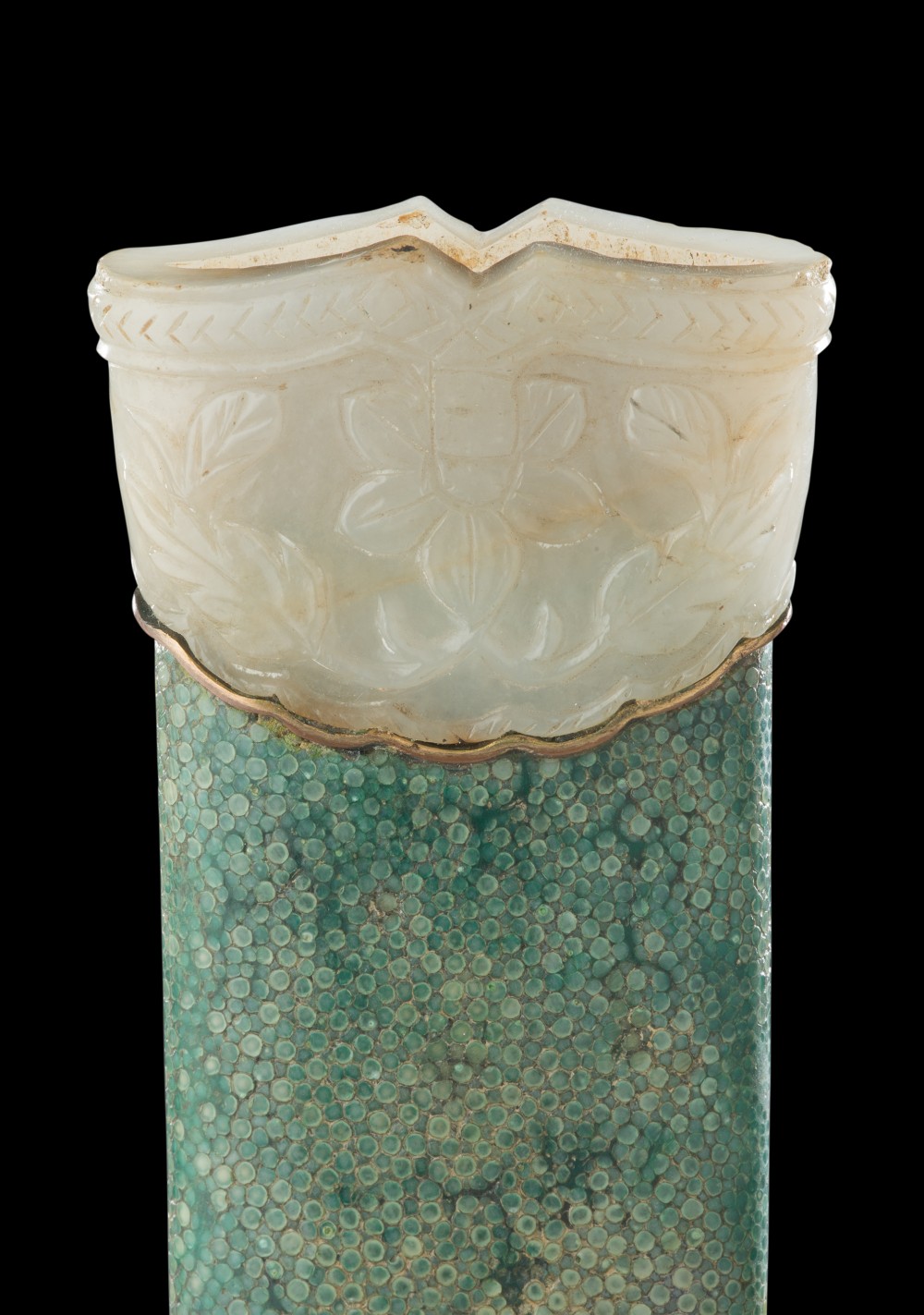 Ottoman daggers very comparable to the present are in the collection of the Metropolitan Museum of Art, New York, (no. 23.232.1–6,) whose strapwork scabbard decoration is close enough to suggest they were made by the same hand; another dagger from the Stone collection in the Met has a scabbard of the same group (no. 36.25.993).

The inscriptions on this dagger appear to have been copied from a royal piece from the 18th century. Inscribed in the two cartouches next to the hilt on either side of the blade is:

عمل میرزا اصفھانی / في ذا الحجة )کذا( سنة ١١٧١
“Made by Mirza Isfahani, in Dhu’l-Hijja year 1171 (1757-8 CE).”
In the diamond-shaped cartouches on either side of the blade:
سلطان البرین وخاقان البحرین السلطان ابن اللسطان
“The Sultan of the Two Continents and the Khaqan of the Two Seas, the Sultan son of the Sultan.”

A tughra is probably that of Mustafa ibn Ahmad (Mustafa III r. 1757-1784), but with parts missing.
The large inscription running down the blade, which continues on the other side, is a couplet from the Gulistan of Sa‘di, here misattributed to Hafiz:
بھ از دست بر پیش سینھ امیر
“To leaven mortar of quicklime with the hand Is better than to hold them on the breast before the amir.”
(Trans. Edward Rehatsek, Benares, 1888)

The full description, written by Thom Richardson, FSA is Curator Emeritus at the Royal Armouries, is available.