A Pair of Silver-Mounted Fintlock Holster Pistols by Benjamin Griffin, Silver Hallmarks for 1756 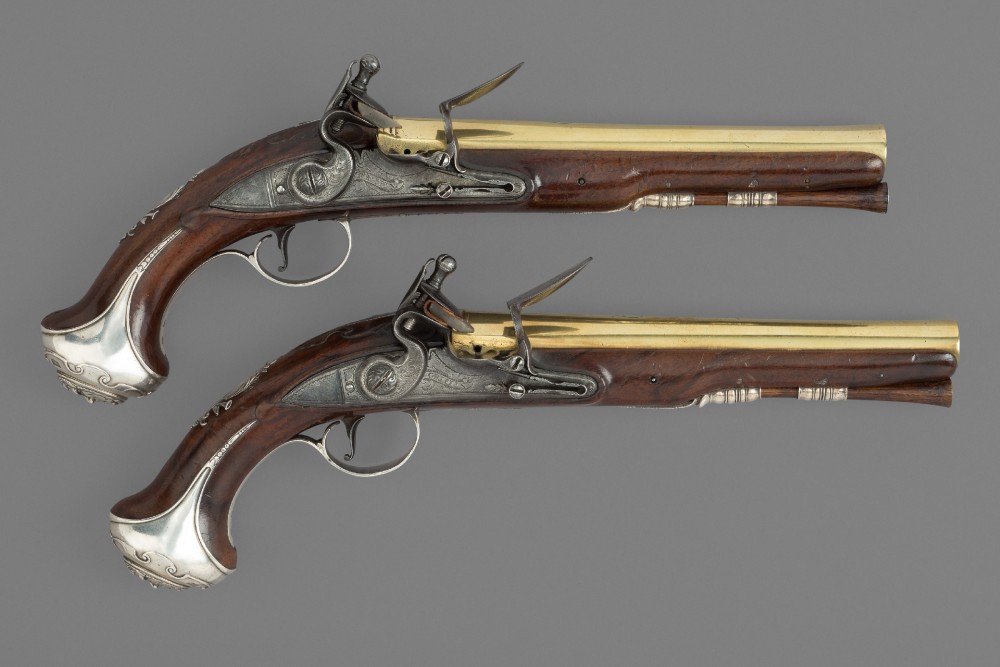 The barrels of these pistols are struck with London proof marks together with the Foreigner’s mark of the Company, the latter indicating that the barrel maker, Benjamin Griffin, had not yet obtained his Freedom of the London Gunmakers’ Company. In other words, as a non-member of the Gunmakers’ Company Benjamin Griffin was compelled to have his barrels struck with the mark which denoted non-membership. His son Joseph obtained his Freedom of the Company in 1750. Benjamin is recorded working with Joseph at ‘the Cross & Griffin, New Bond Street in 1757 until he died in 1770.

The silver maker’s mark, JA, a pellet between, is most probably that of the London silversmith Jeremiah Ashley, known in particular for his work for the London gun trade.