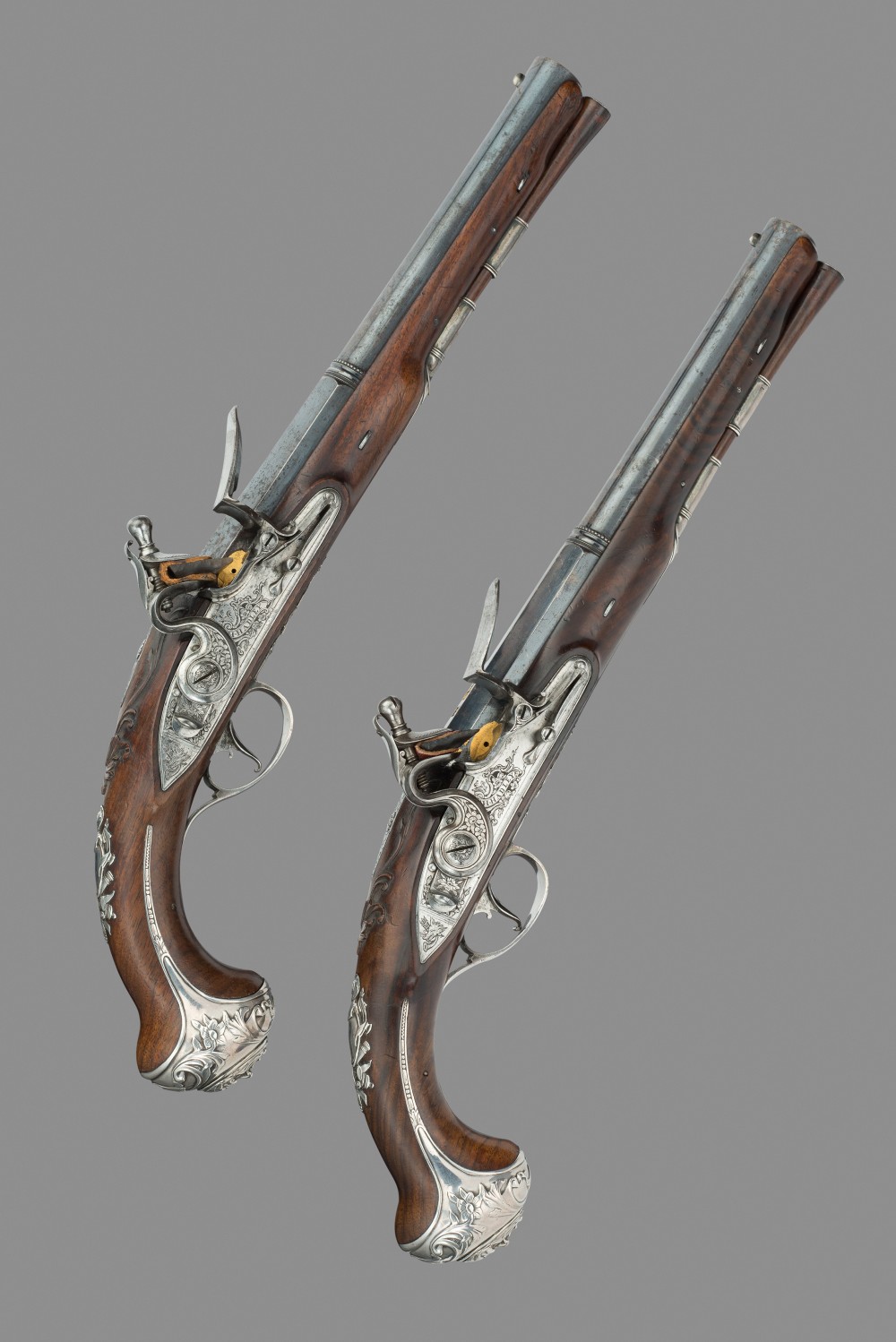 Henry Hadley moved to the West End in 1745, and from 1755 – 1771 he occupied premises at Suffolk Street in the Strand. His outstanding skills earned him patronage at the highest levels: in the collection of HM The Queen at Windsor Castle, are two pairs of pistols by him bearing respectively the crests of the Prince of Wales and a Royal Duke, while in the Royal Armouries Museum, Leeds, is another pair bearing the arms of the Fourth Duke of Marlborough.