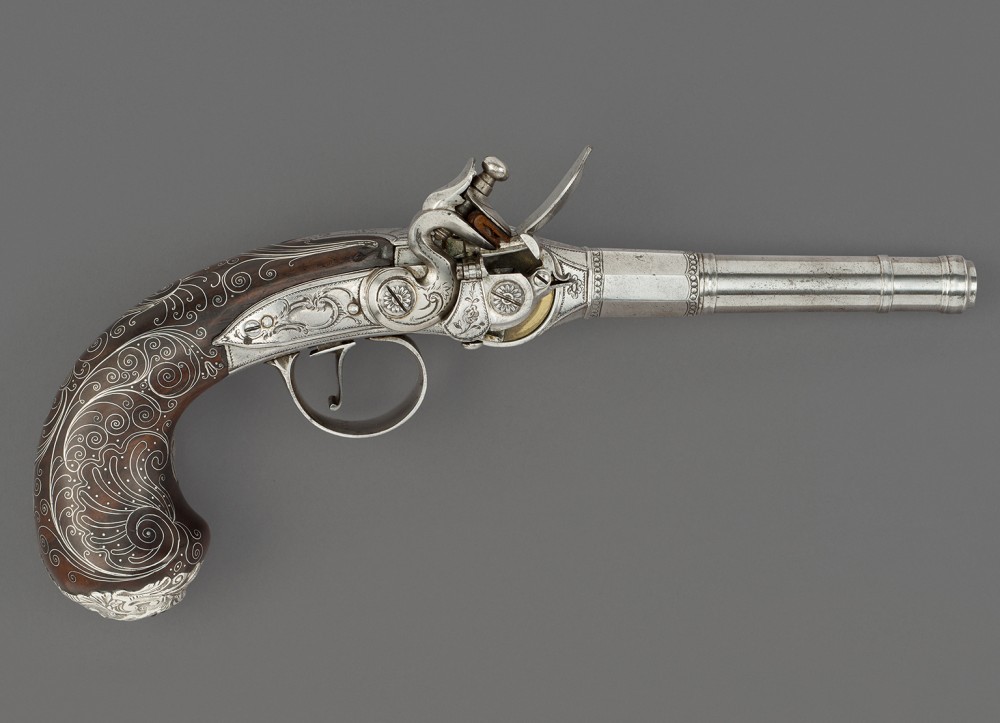 London is engraved on the breech of the barrel. Its silver furniture has the mark of the silversmith Charles Freeth, the anchor for Birmingham, the sovereign’s head mark and the date letter ‘N’ for 1785.

This pistol was made using a system which had been developed in Italy around 1660-1680 and although its true inventor has never been firmly established it is now always associated with a 17th century Florentine master gunmaker, Michele Lorenzoni.

The mechanism used magazines for loose balls and black powder contained in the butt and another for priming powder mounted externally adjacent to the pan of the lock.

Rotation of the long lever on the left of the action by about 180 degrees would simultaneously load a ball into the breech end of the barrel, bring a charged powder chamber in the breech piece into line with the barrel and re-prime and half-cock the lock.