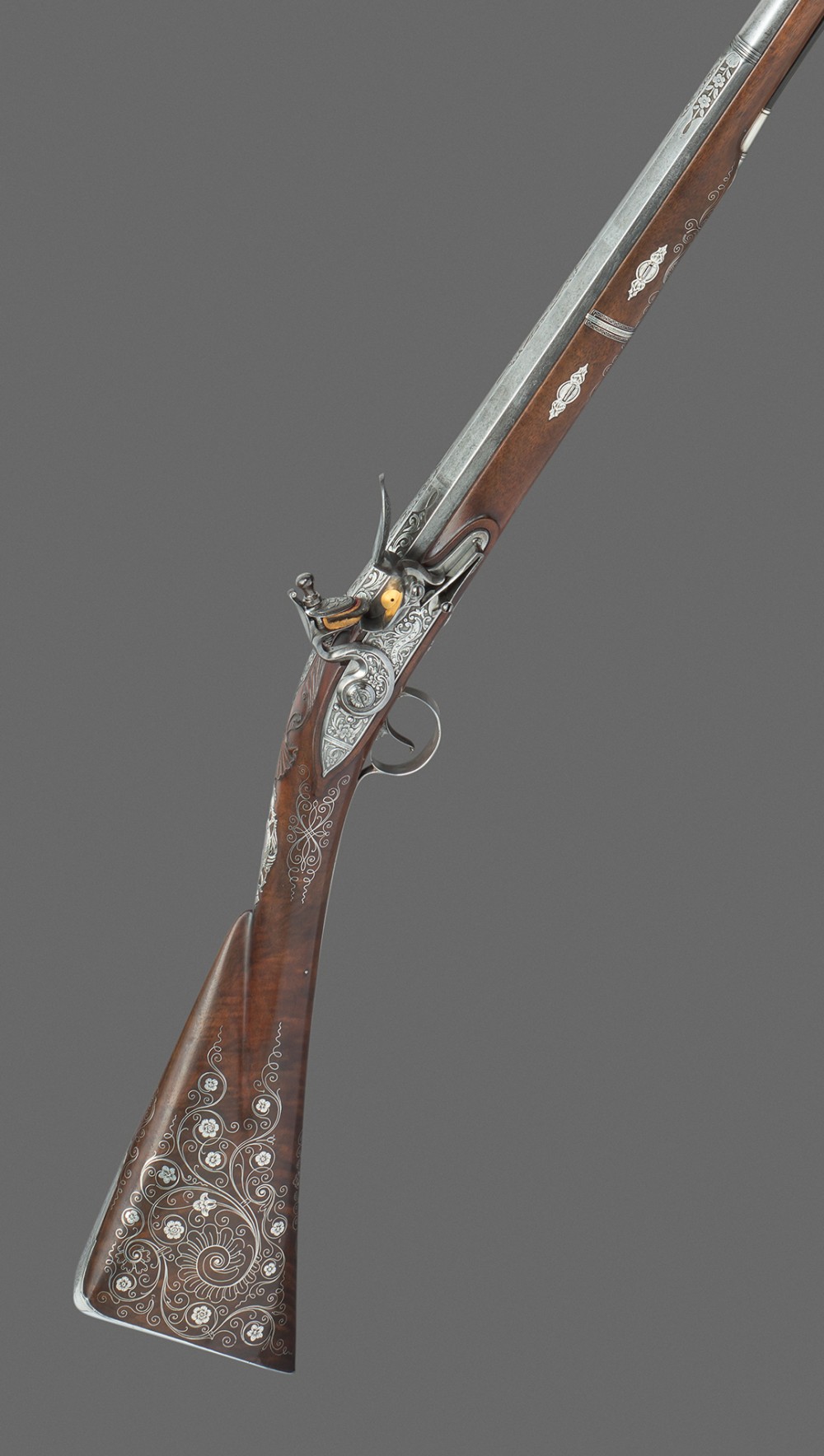 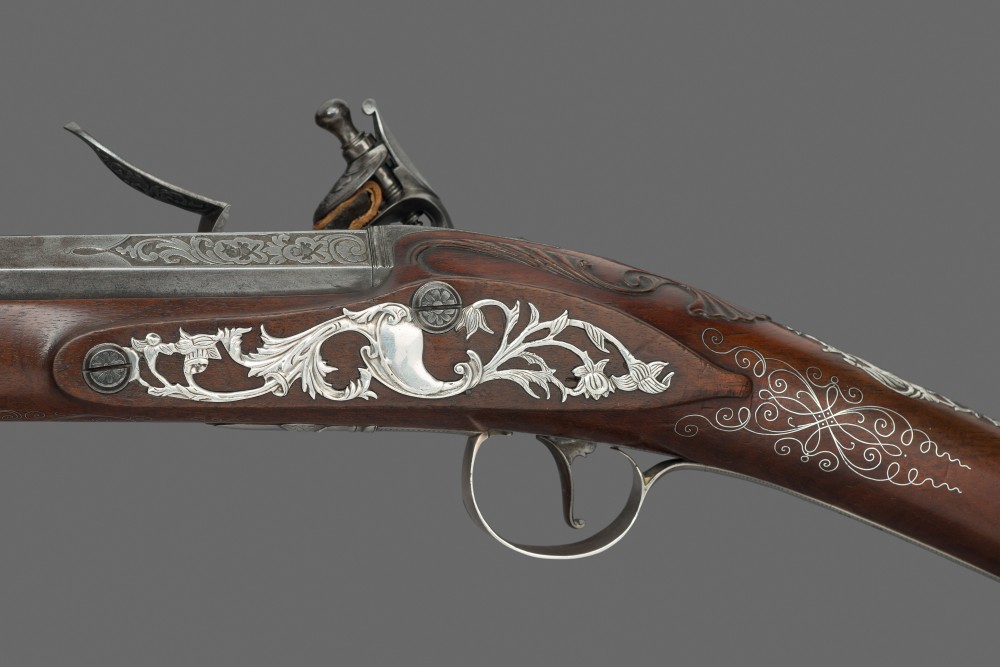 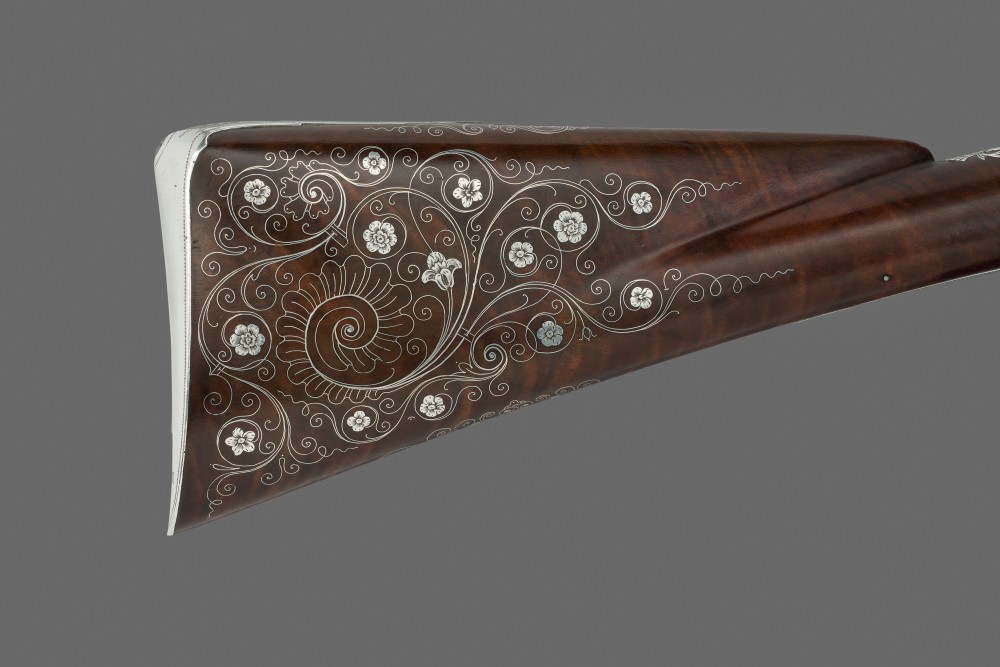 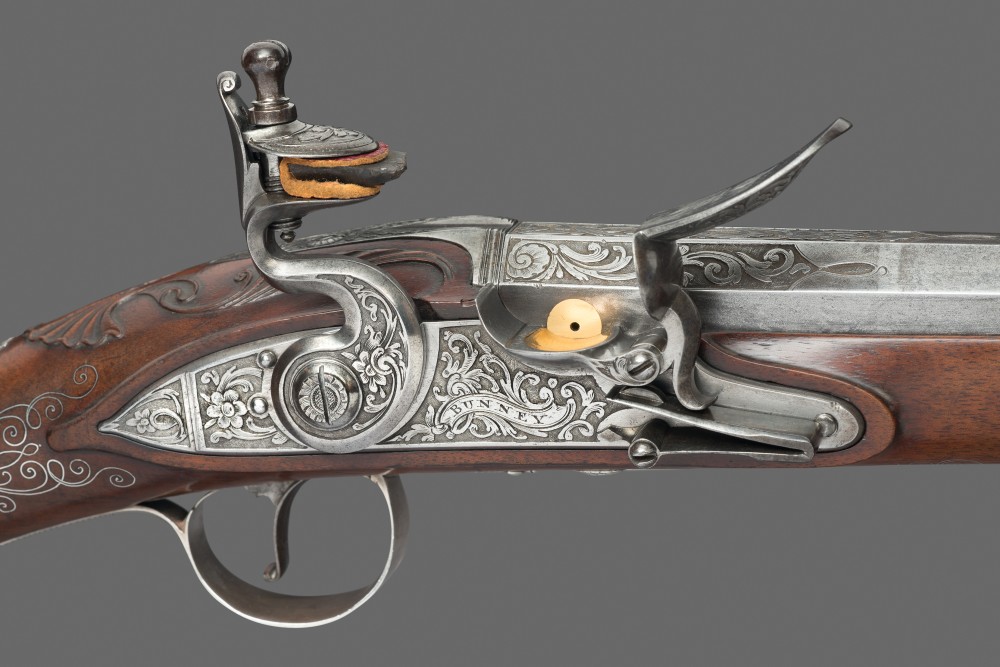 The finesse which is evident throughout the construction and finish of this gun makes it in all respects the equal of the best quality London guns of the period. Joseph Bunney (active 1765 - 1814) invariably signed his firearms ‘London,’ perhaps because he may indeed have had a London premises (of which there remains no record,) but also because he wished to elevate the marketing potential of his work. To judge from his surviving firearms however, there was little need for this highly accomplished gunmaker to look for further endorsement beyond his piece's unquestionably superb quality.

The present gun is certainly among his finest; the grace and elegance of its proportions are matched by the very tasteful Georgian silver mounts and the richness of the inlaid silver patterns of the rococo age which in turn complement the relief Chippendale-style moulding carved about the barrel tang.

The same style and quality of work is found on a repeating gun by Joseph Bunney also made in about 1780. His repeating gun further matches the present gun in that Bunney decorated the breeches and locks of each in the characteristic chiselled bas-relief scrollwork and floral patterns which enjoyed a vogue among leading makers briefly in this period.

A further feature which was characteristic of a brief period in Georgian English gunmaking is the two-part or take-down fore-end. This feature emerged alongside the advent of the more modern half-stock, i.e. a stock with a fore-end extending only as far as to seat the rear ramrod-pipe. Reluctant to abandon the traditional stock extending to the muzzle (presumably for fear of losing conservative clients), the new advantage of being now able to present a gun in a bespoke fitted wooden case of transportable size was embraced by gunmakers through the useful compromise afforded by a fore-end of two parts. This feature is, interestingly, found only on sporting guns of the late 1770’s and 80’s.