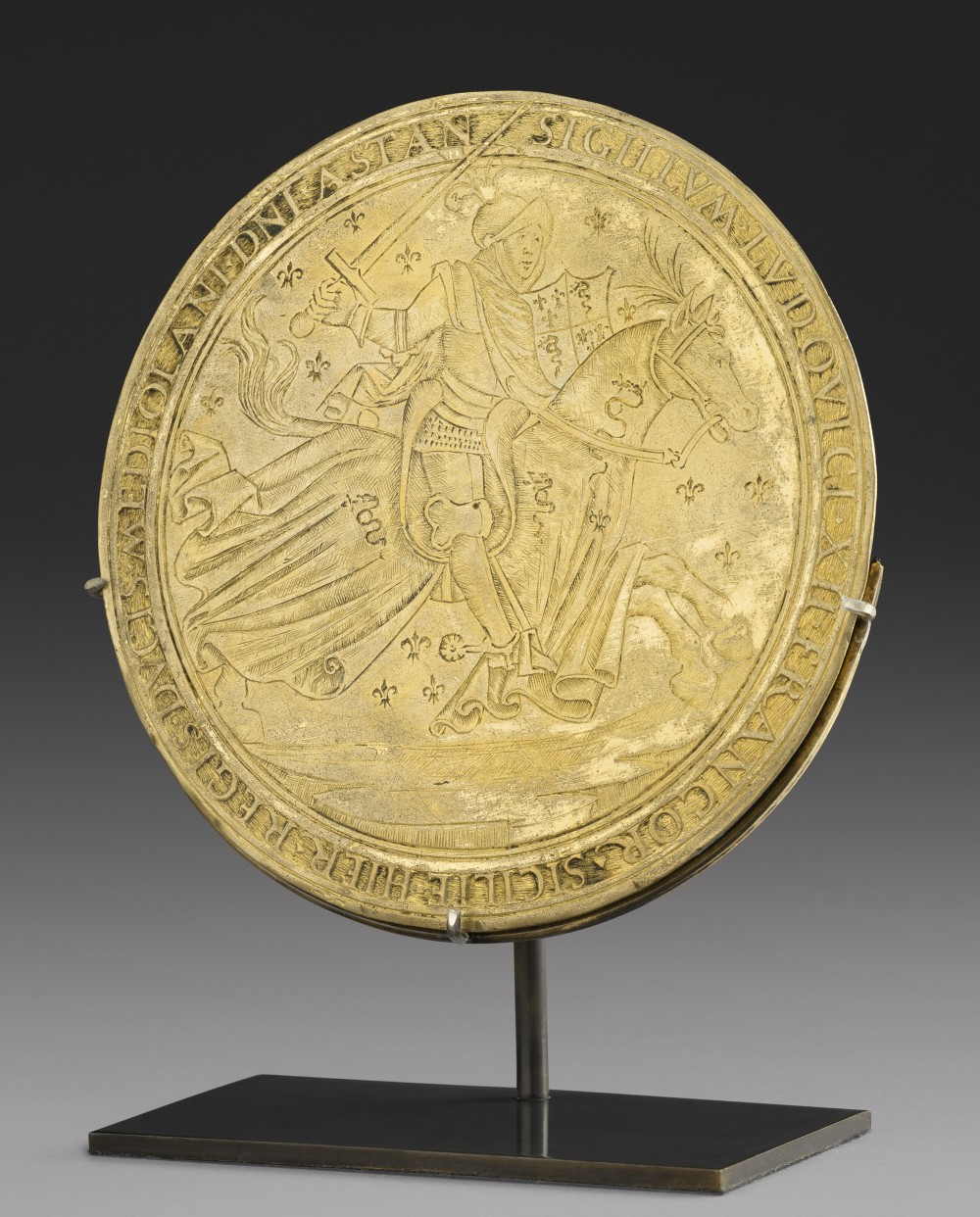 This superbly engraved lid commemorates King Lois XII of France after he captured Milan in his first campaign into Italy in 1499. It bears the Latin inscription (with abbreviations):

Here ‘Franks’ refers to France, ‘Sicily’ to Naples, and ‘Astians’ to the people of Asti, a city of Piedmont and Savoy then under French control.