A Silver Harness Roundel Engraved with the Emblems of the Duchy of Burgundy, c. 1465-77 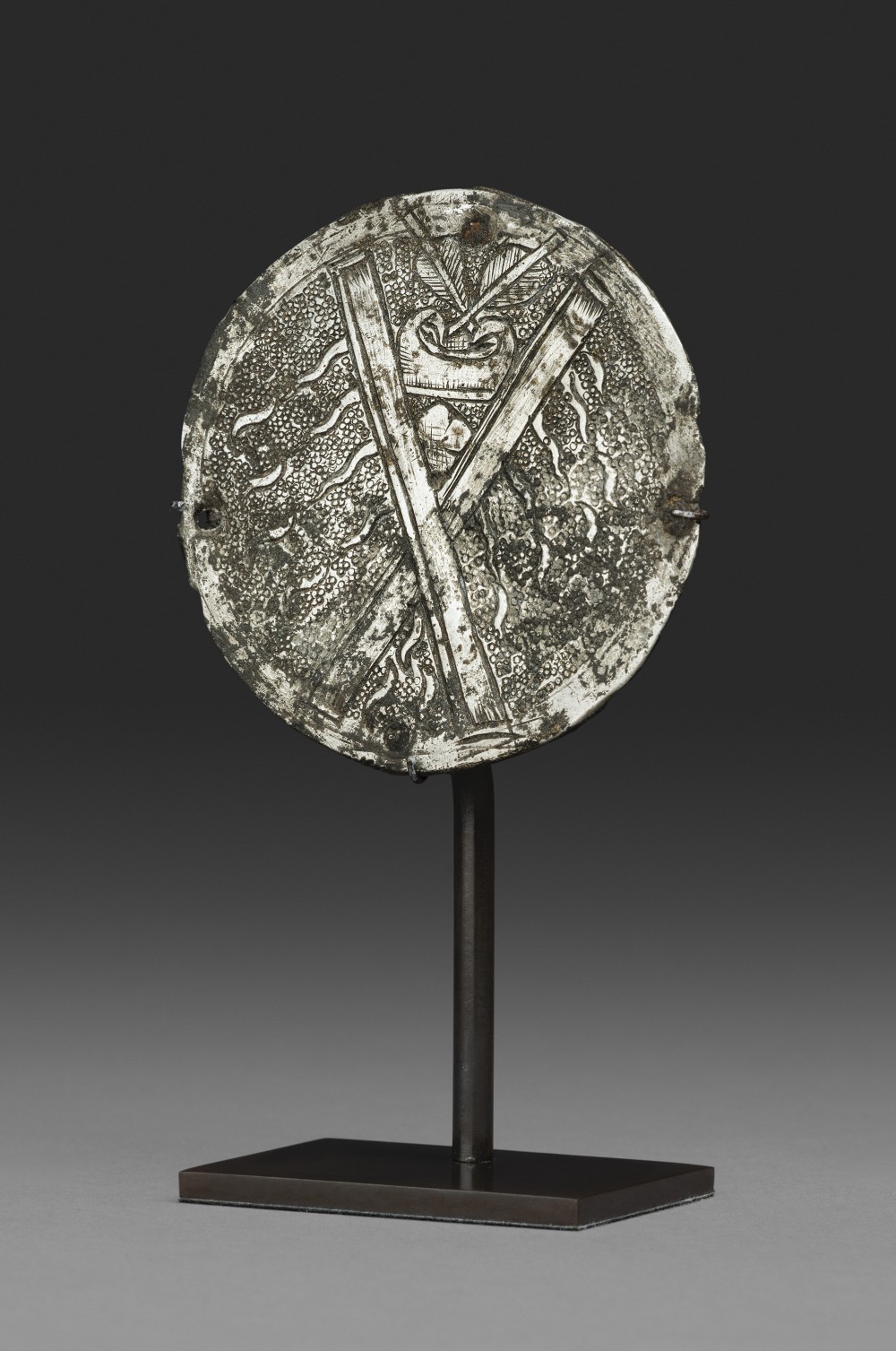 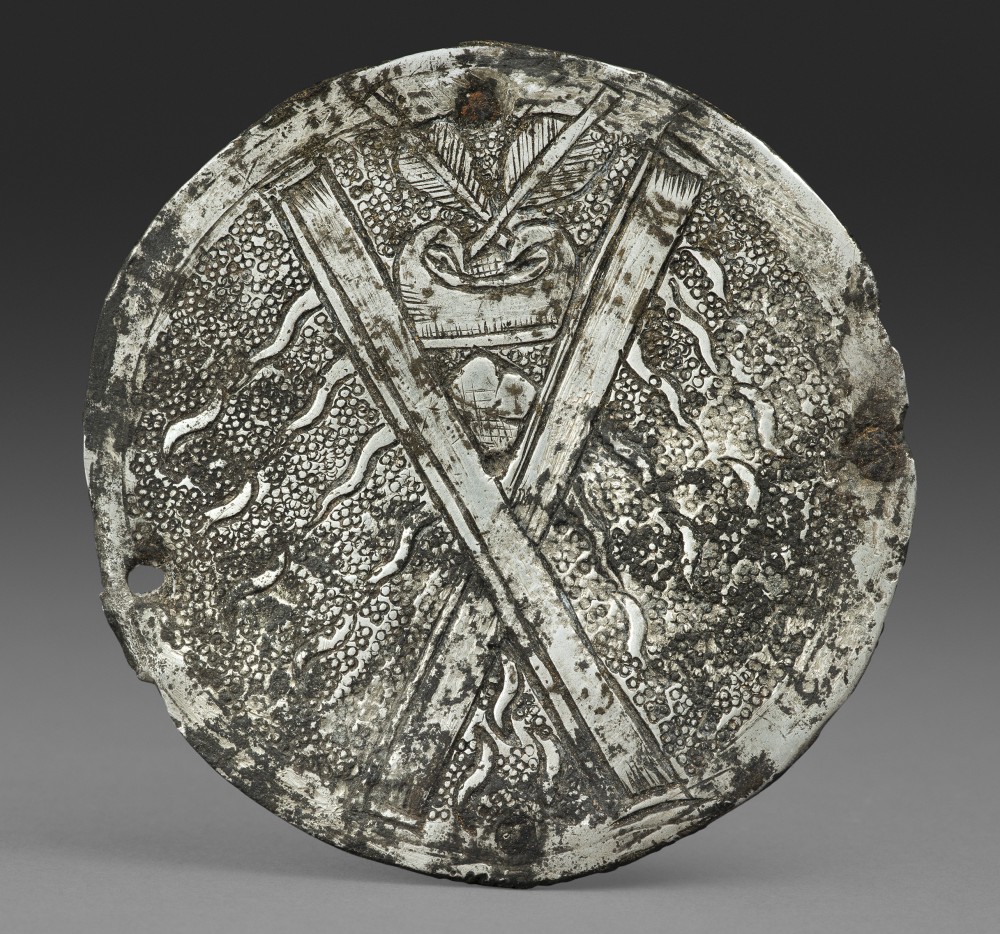 The crossed arrows device worn in conjunction with the ducal cross of St. Andrew was first instituted by Philip the Good in March 1466 for use by Burgundian guilds; the crossed arrows device became widely used in conjunction with the recognised emblems of the Valois Dukes of Burgundy shortly after. The Duchy of Burgundy became extinct with the death of Charles the Bold in 1477. His daughter Maria married the Emperor Maximillian I in that year.

The heraldry engraved on this harness roundel shows the Burgundian ducal cross of St. Andrew, carrying in its upper void the firesteel of the Order of the Golden Fleece crossed by two arrows, all on a pounced fish-roe ground sown with engraved emblematic Tongues of Fire.