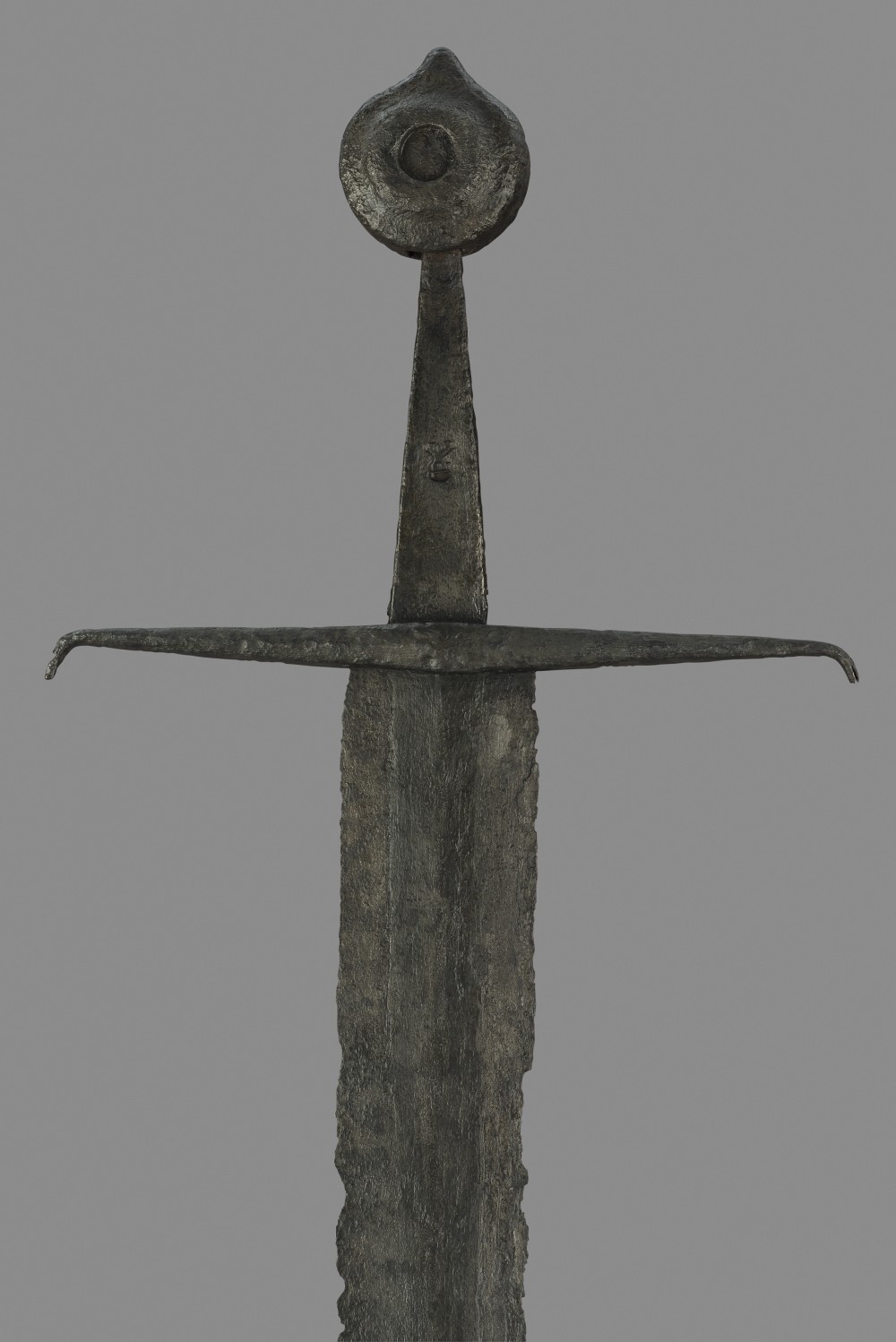 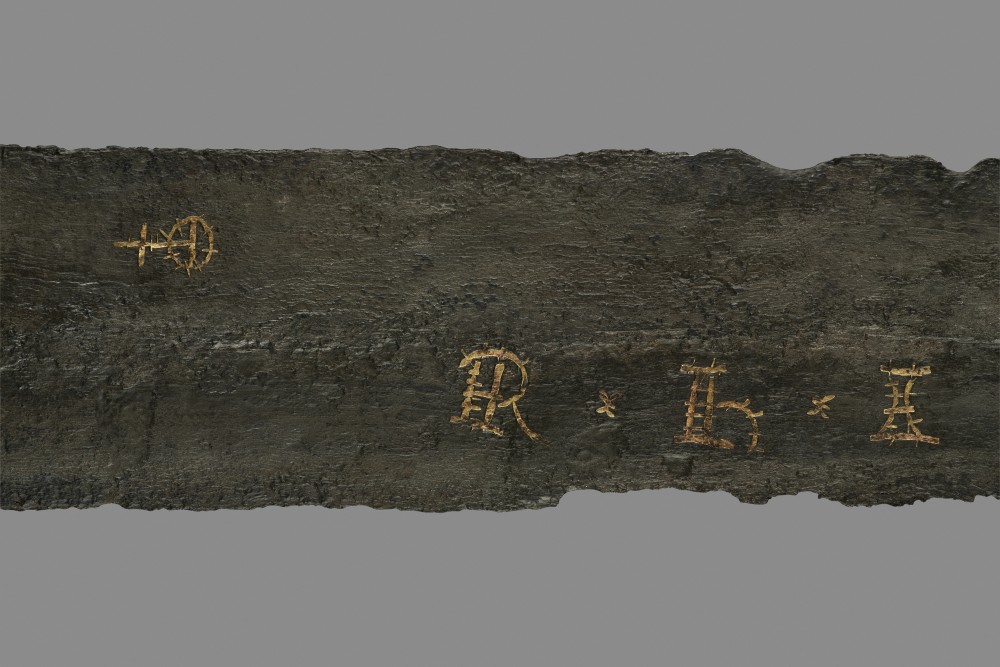 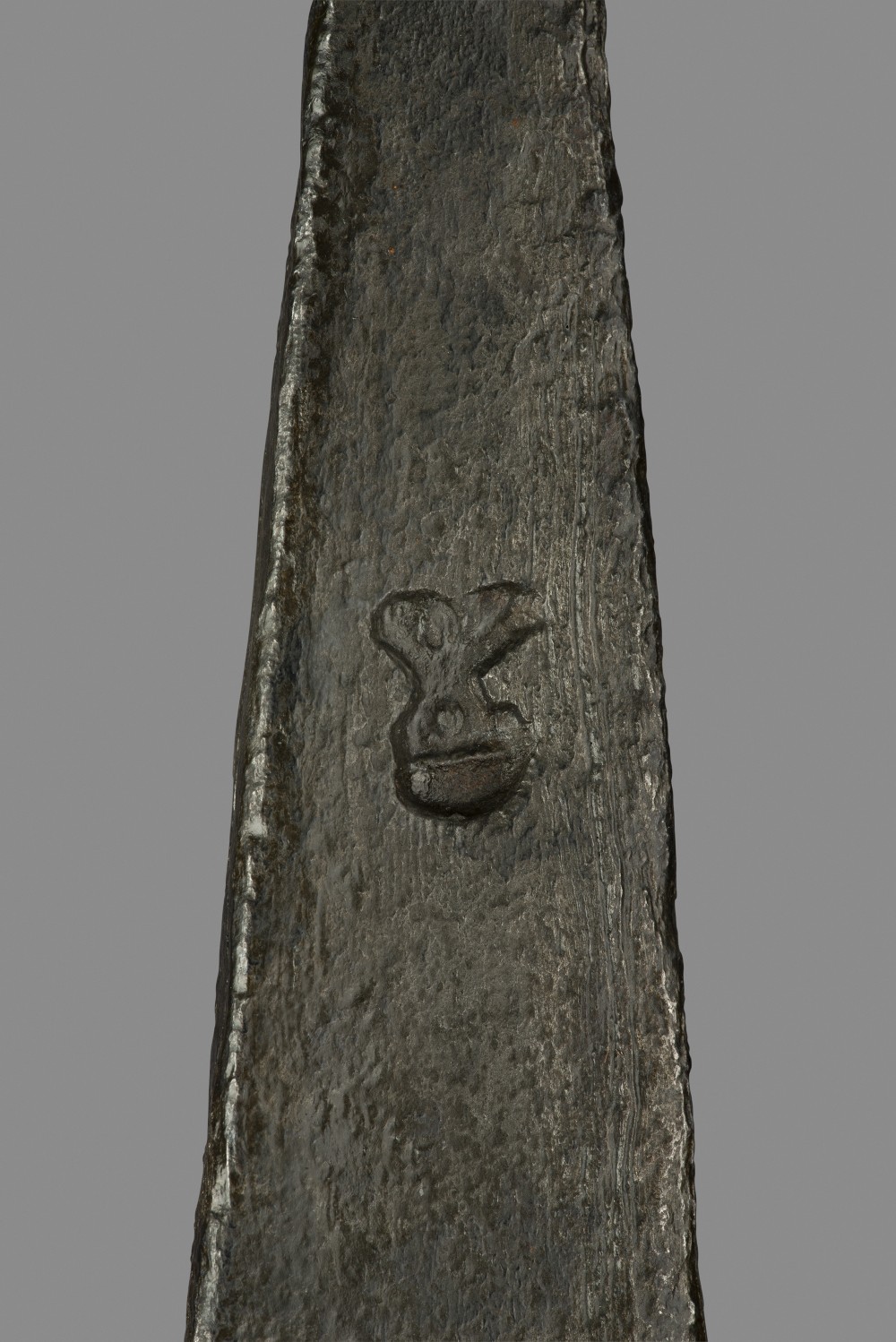 Knightly arming swords of this distinctive hilt and blade type are recorded in a wide range of late medieval art, ranging from paintings and illuminated manuscripts to statuary and tomb effigies. They have taken on a greater level of recognition, however, following the important find of swords in the Dordogne at Castillon-la-Bataille, near to the battlefield of 1453, the last battle of the One Hundred Years War. While it is compelling to attribute this find with booty from the battle, the equal likelihood is that they formed the transit cargo of a barge sunk while using river as a thoroughfare, and very possibly some fifty years earlier.

In any event, swords of this type have become iconic symbols of chivalric combat and knightly rank during the so-called ‘Golden Age’. Their hilt to blade balance provides an ease of handling which instantly evokes the traditions of 14th and 15th century combat which are so graphically illustrated in the instructional ‘Fight Books’ of the period.

The hilt of this sword is formed with a straight crosspiece of flattened rectangular section which becomes progressively slender towards its very narrow down-turned tips, and the blade tang is fitted with wheel-shaped pommel recessed in the centre and drawn up to a low blunt point. The broad tapering blade is of flattened diamond section and double-edged; the outer face shows an orb mark inlaid in latten, together with a series of three boldly drawn latten-filled letters forming an abbreviated inscription, probably devotional. The epigraphy of the letters is strongly stylised, they may be read as ‘R’ (or as R conjoined with a preceding letter, AR or IR perhaps), ‘H’ and ‘I’.