A Pair of Holster Pistols by Joseph Deop of Ripoll, late 18th century 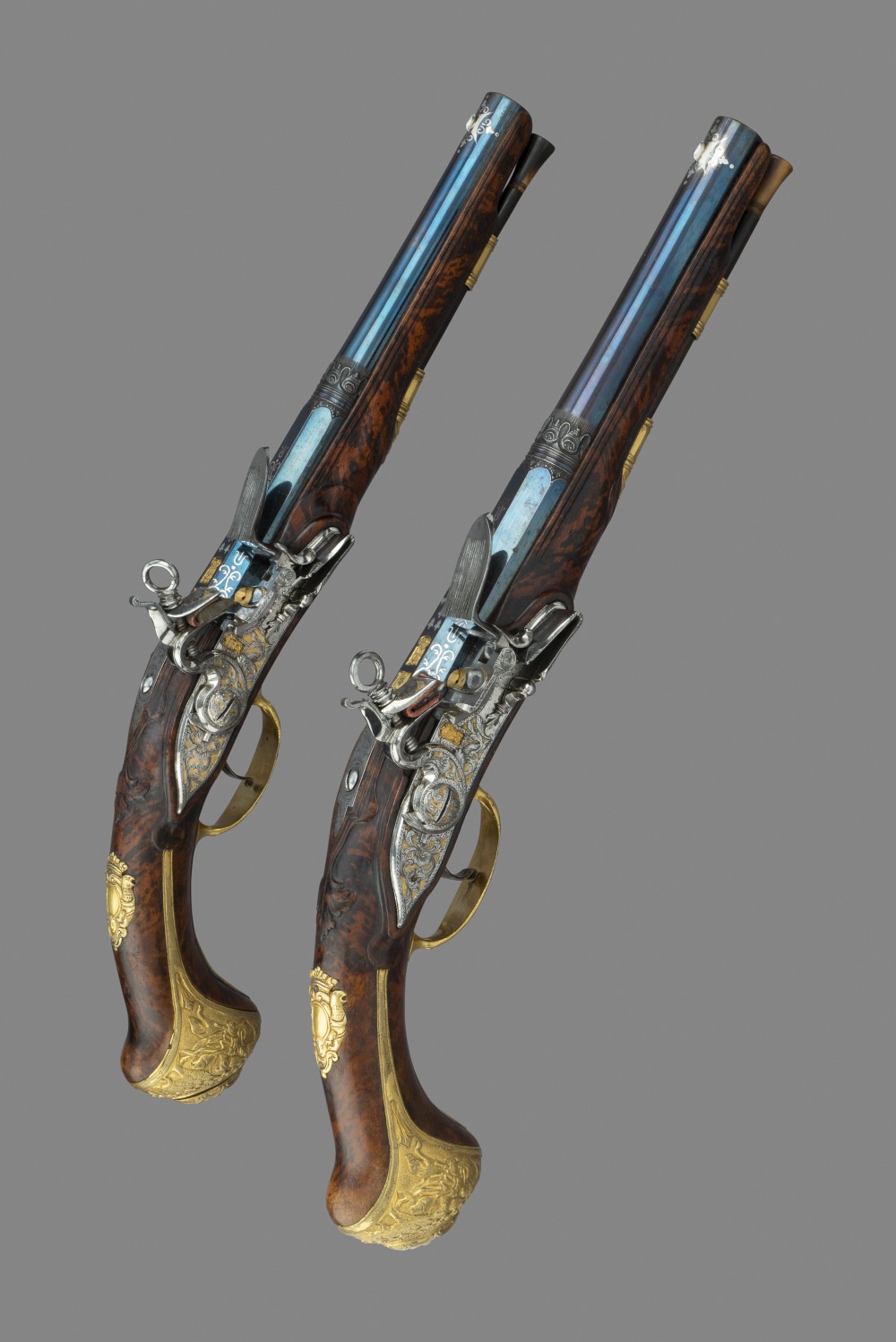 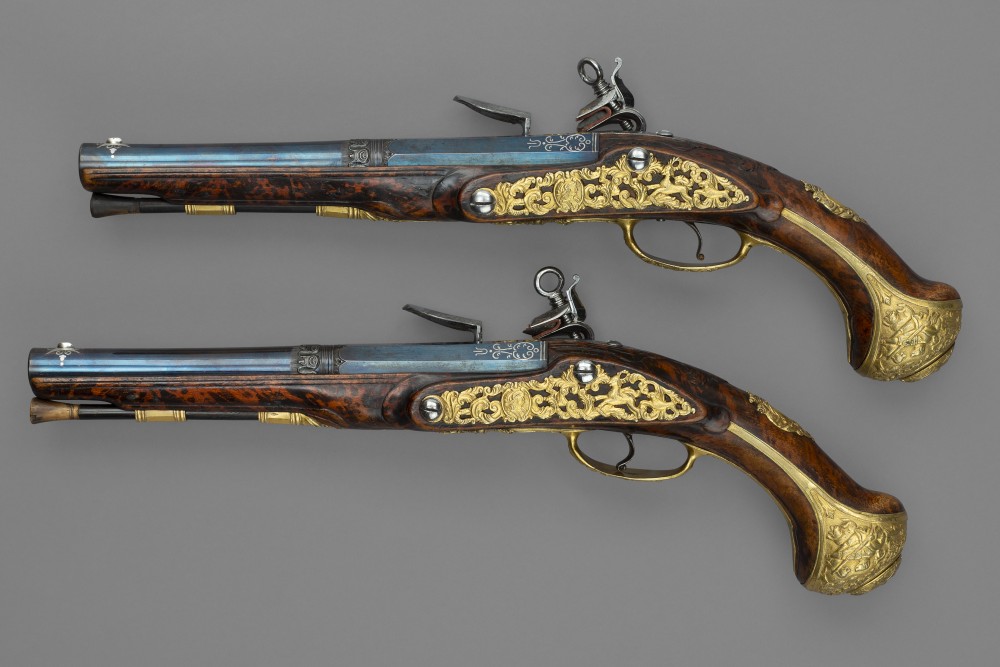 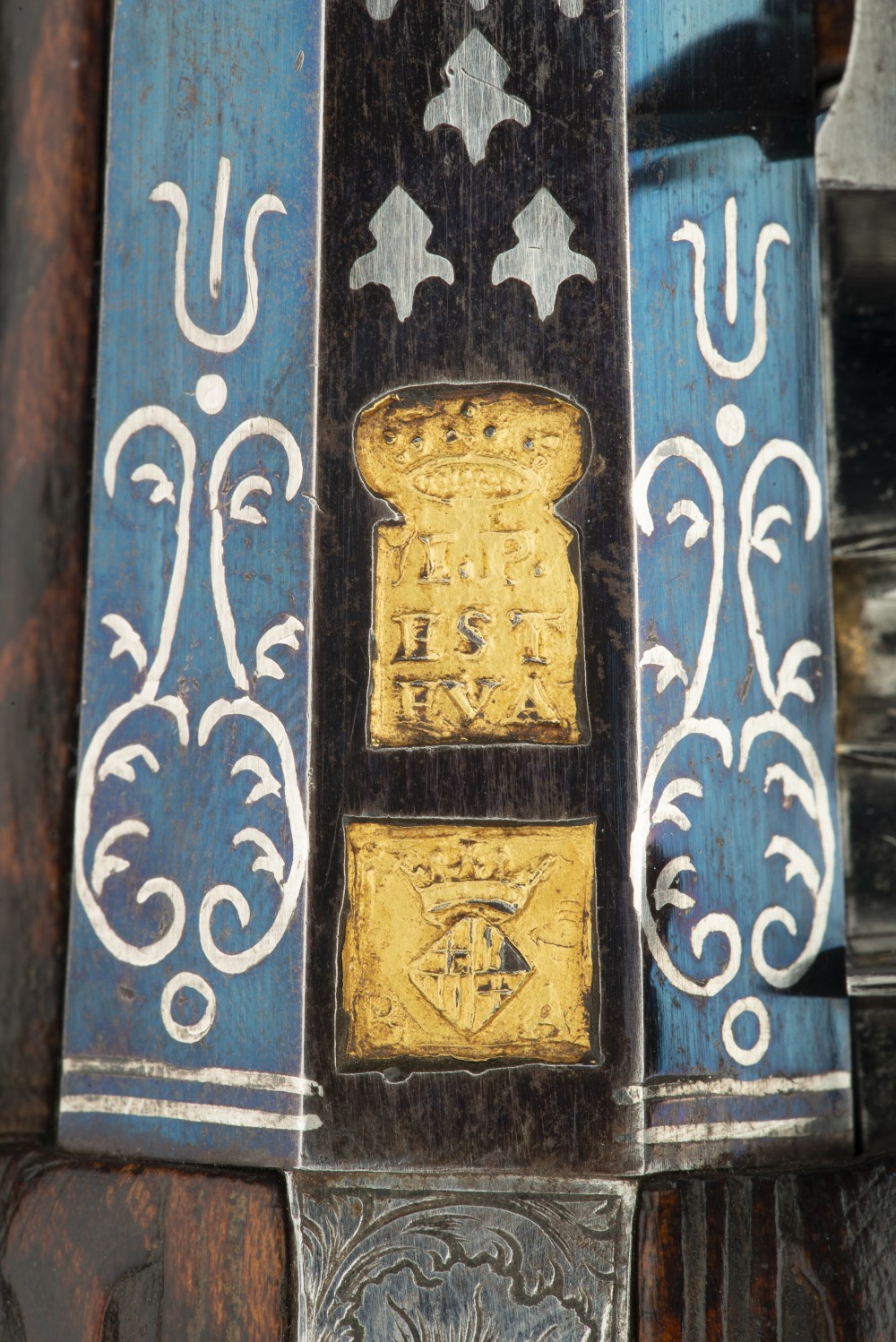 Joseph Deop belonged to a dynasty of gunmakers who as three brothers had come to Ripoll, probably from Germany, in the mid-16th century. There are at least forty members of the Deop family recorded in the business of gunmaking in Ripoll over three hundred years.

These pistols are rare products of the Catalonian arms industry centred in the town of Ripoll, having been constructed in the glittering Madrid taste of Bourbon Spain. The locks are of the a la moda type: the internal mechanism being a concealed version of the distinctive miquelet type which was customary to Spain. In this respect alone the pistols are not unusual for this period, this style of lock had by the 1730’s-40’s become the height of royal gunmaking fashion in Madrid, but they do become highly unusual in having been produced by a Ripoll gunmaker. Catalonia, then as now, was committed to restoring its cultural independence which in the 18th century had been eroded by Bourbon rule since 1714-16. Remarkably in the face of this suppression the Ripoll gunmakers had continued to produce their traditionally styled firearms.
The late 18th century economic renaissance of the Catalan region, which was reinforced by the ending of Spain’s Cadiz trade monopoly with America was still in its infancy when these pistols were made. It is very unlikely that they would have been made for a Catalan grandee, it is more probable that Joseph Deop made them for a Spanish aristocrat in order to help fund the maintenance of his business. His signature also appears on the lock of a Barcelona fowling-piece silver marked for 1790. The maker of the barrels of the present pistols, Pedro Esteban or Esteva, was himself established in Barcelona. It is likely, however, that working in the second half of the 18th century, that he had carried over the business from a family member of the same name, the latter being first recorded working in 1714.