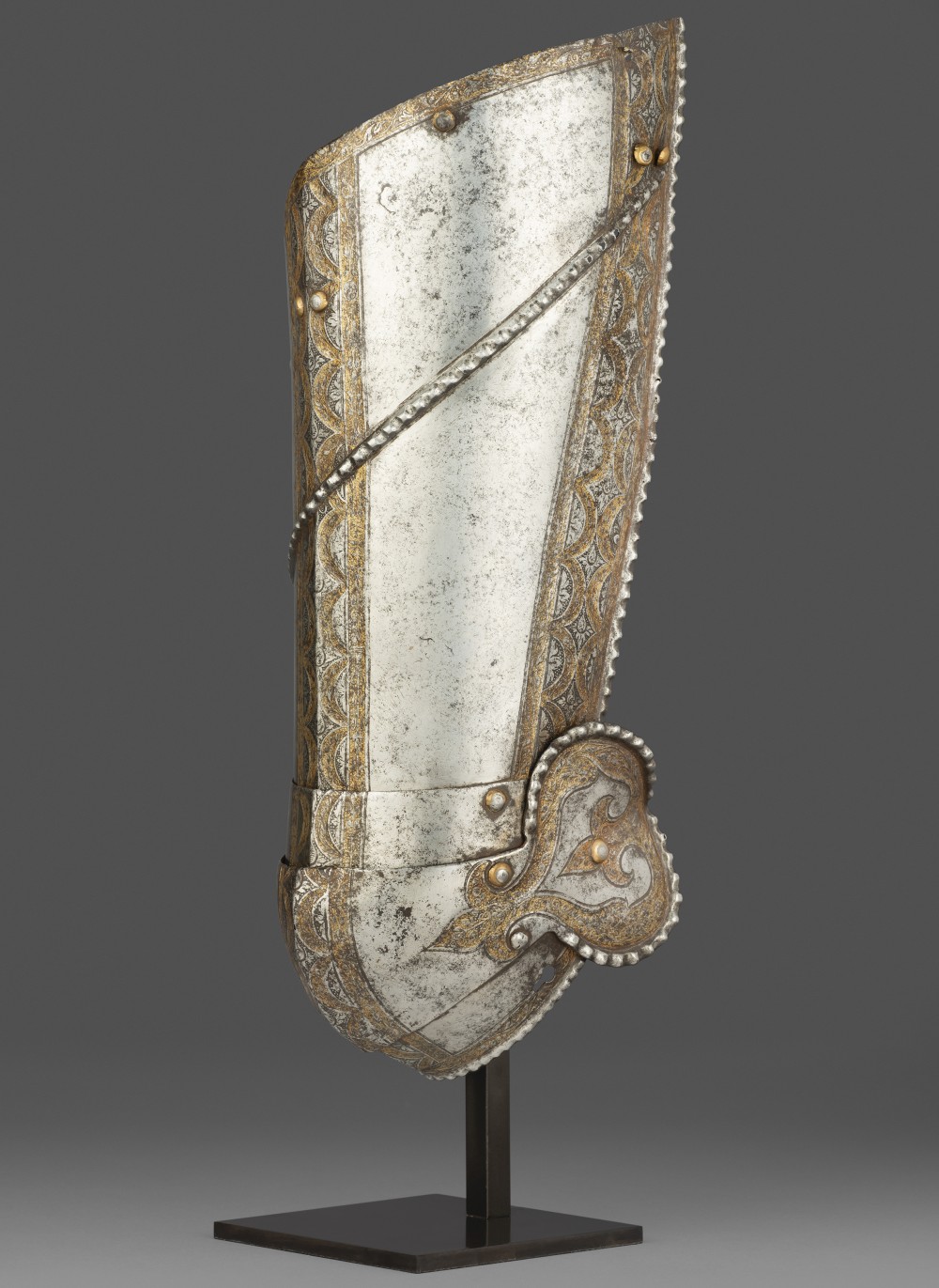 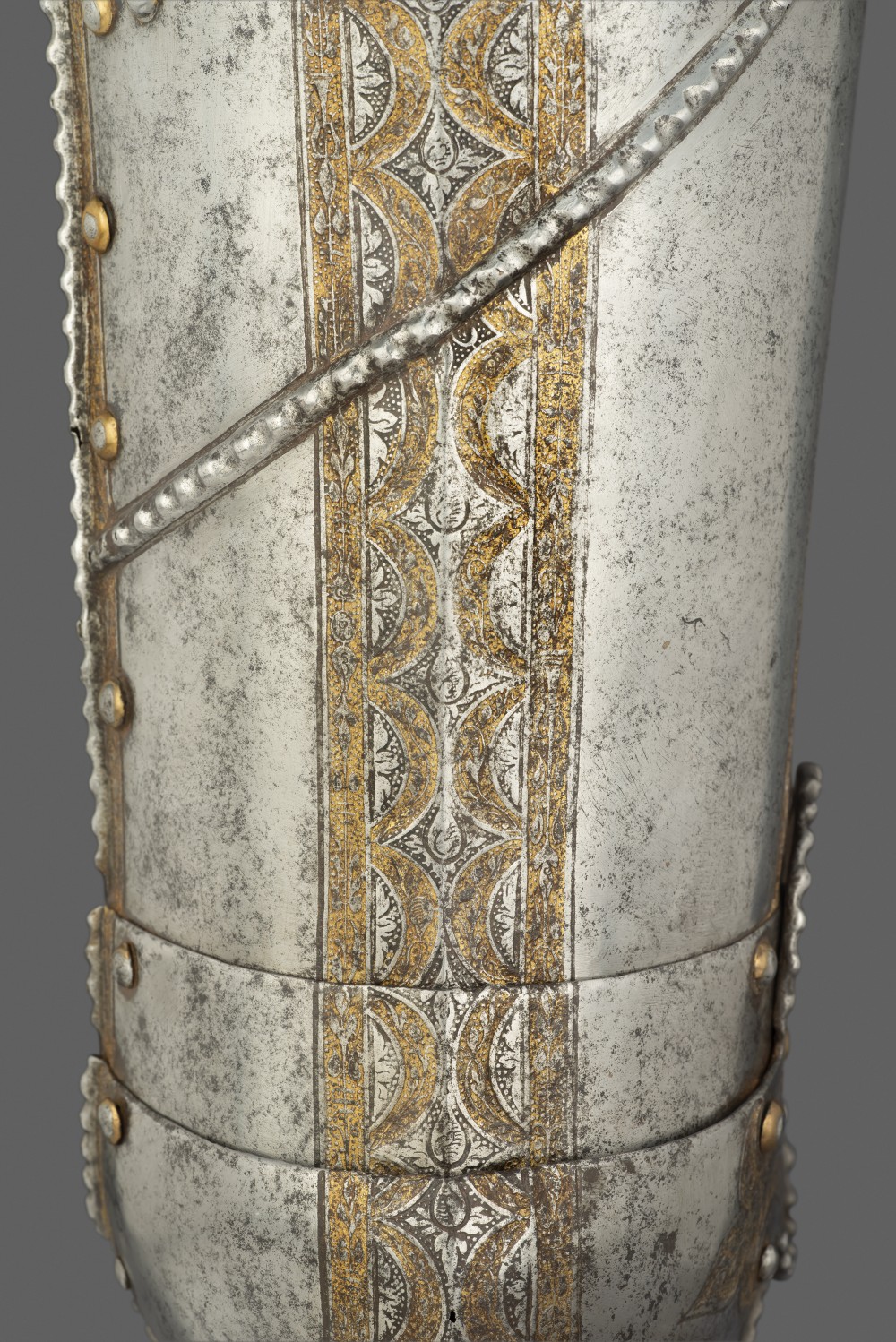 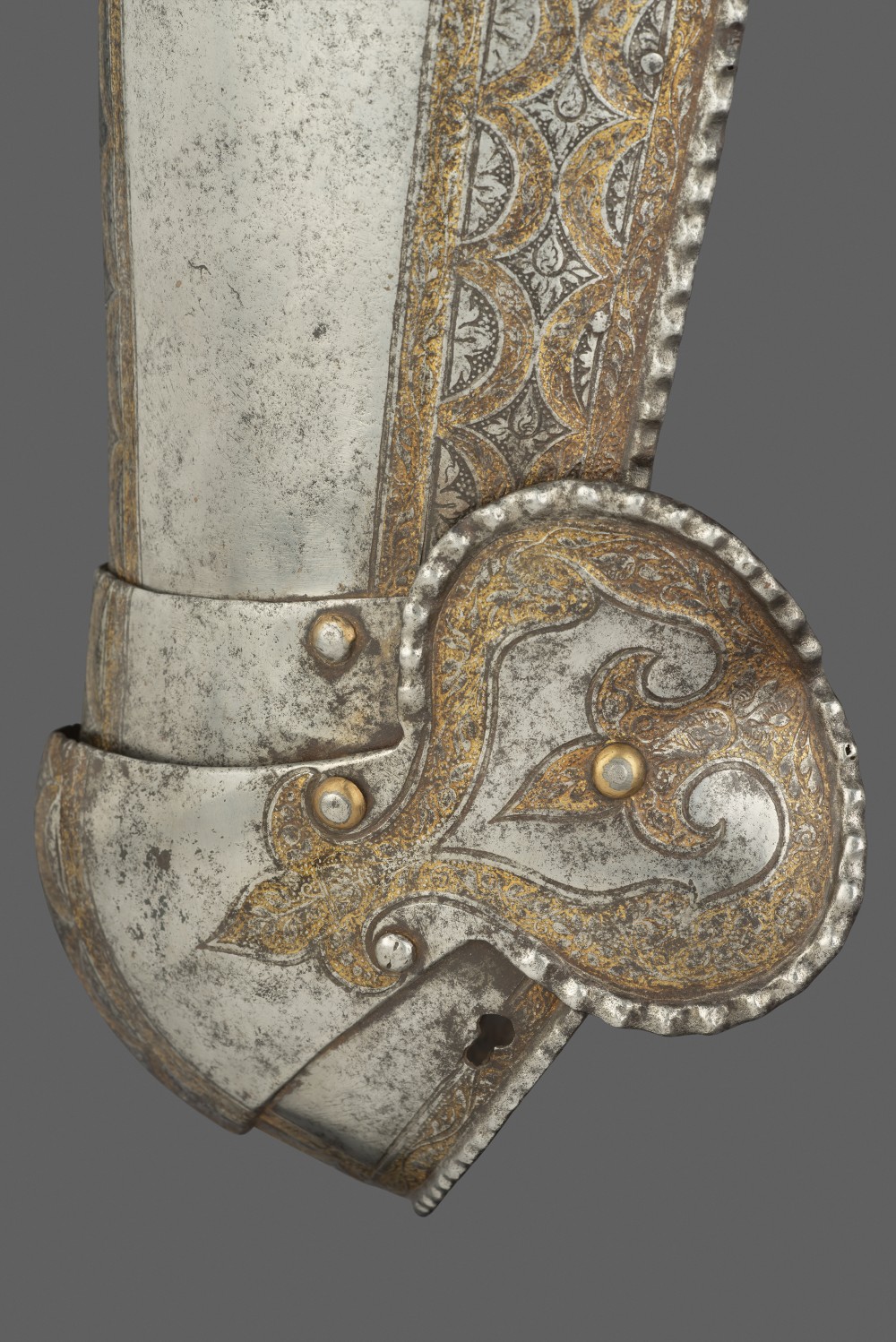 This rare detached element of richly decorated armour belongs to one of a series of armours coming from the Augsburg workshop of the distinguished armour etcher Jörg Sorg the Younger (1522 - 1603). Portions of a garniture of armour attributed to the same workshop, dating to circa 1550 - 55, are in the Metropolitan Museum of Art, New York (04.3.282), decorated with an etched and gilt pattern very closely associated with that on the present cuisse.

The same etched pattern is in fact evidenced on three armours decorated by Sorg and remarkably recorded among his own unique pen-and-wash album of illustrations of decorated Augsburg armour, collectively forming the Stuttgarter Codex Milit. 2ᵒ 24 in the Württembergischen Landesbibliothek, Stuttgart.

The codex was subsequently published as Das Stuttgarter Harnisch-Musterbuch 1548-1563. Two of the three armours referred to were made for Spanish knights, completed in 1551 and 1553 respectively; the third was probably made for a German knight, Hans Ludwig Spät, Freiherr von Zwifalten, again in 1553.

A further armour decorated with an identical Sorg pattern is in the Royal Armouries, Leeds (partly restored). This armour is thought to have been obtained for the collection, then in the Tower of London, from Samuel Pratt, a 19th century London dealer; by extension it is possible that the present cuisse might also have been discovered by Pratt.