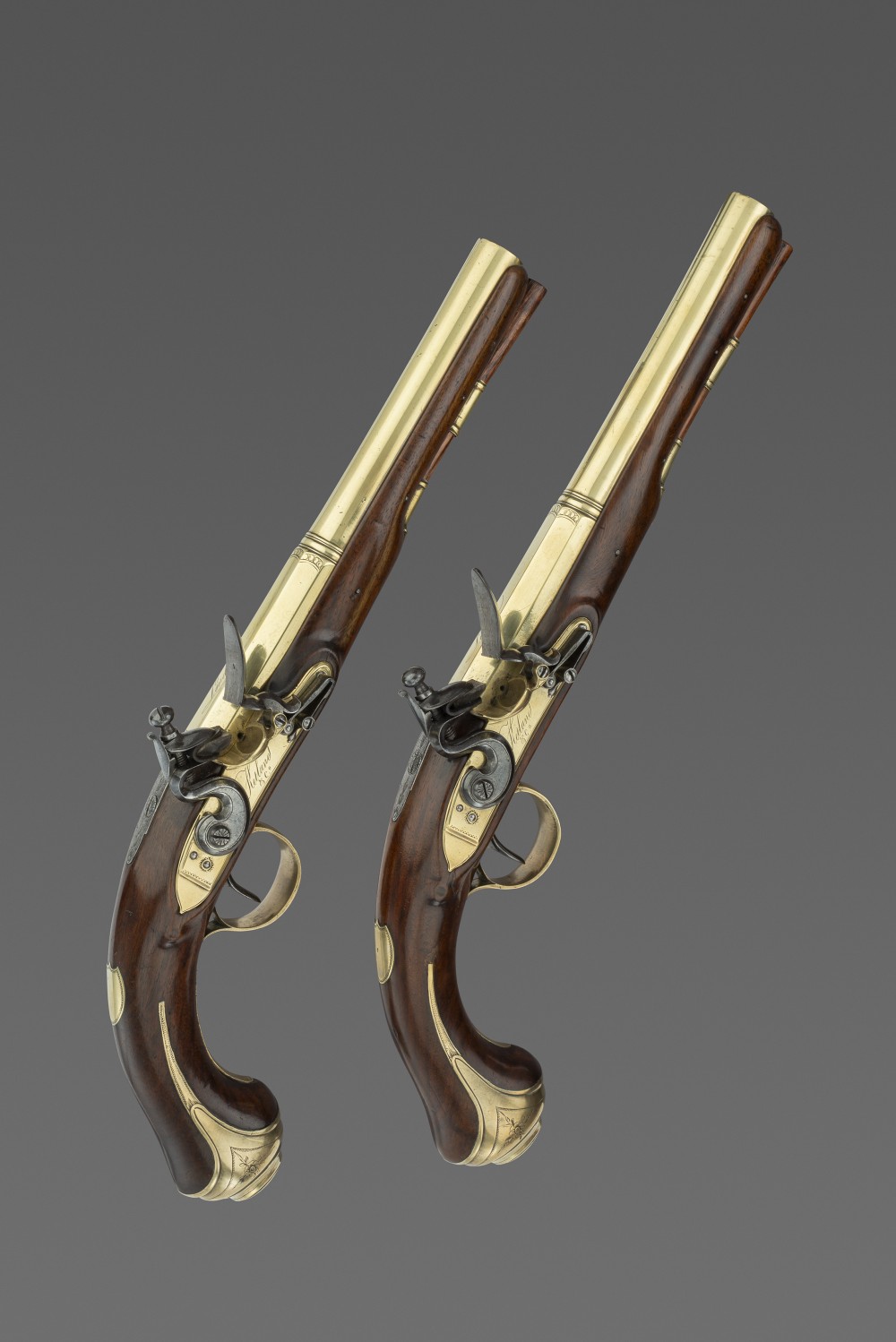 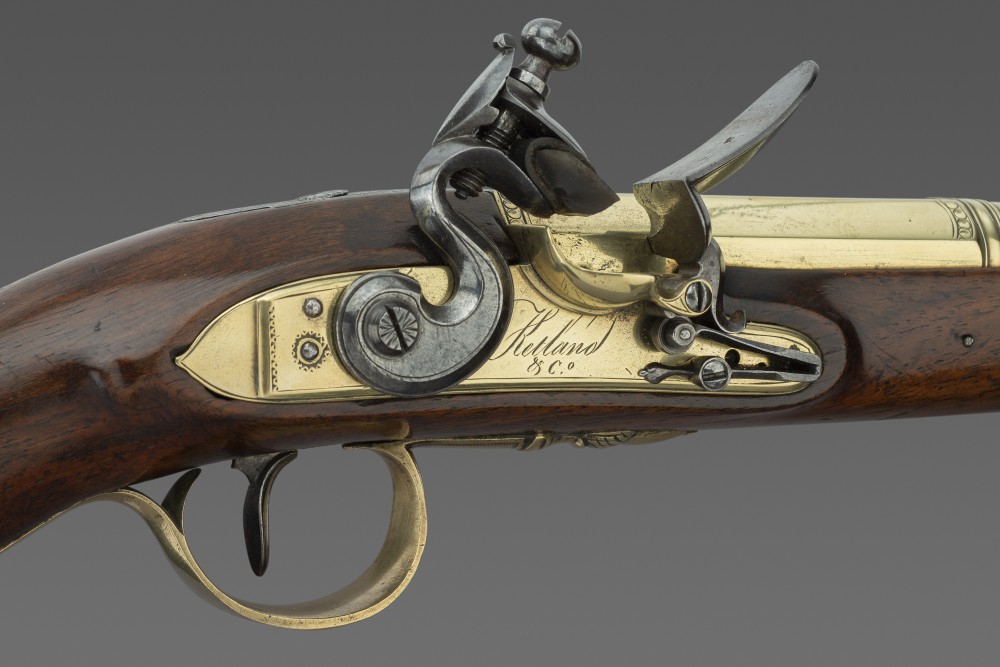 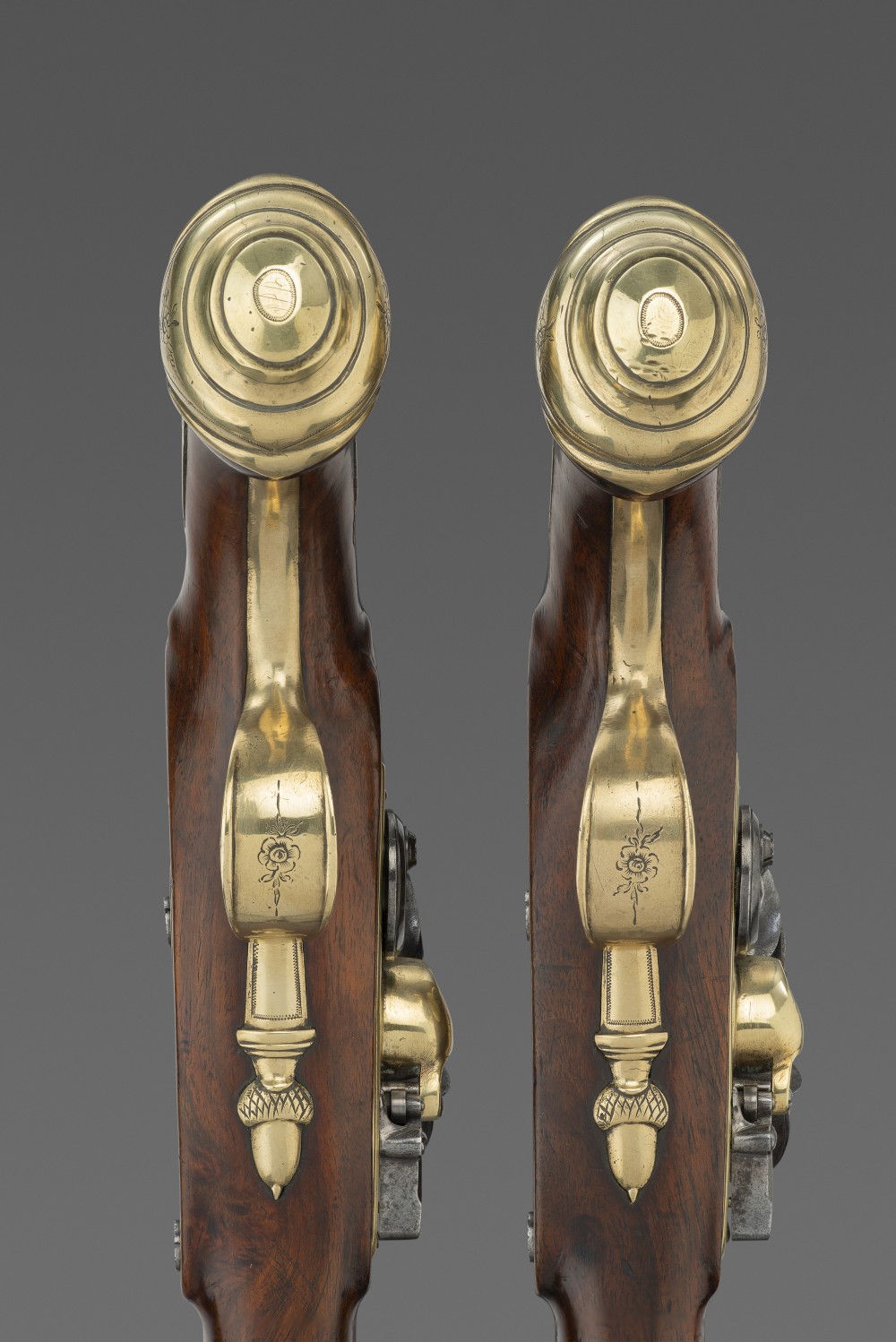 These handsome pistols, made in military style, were made by a company of gunmakers whose main workshops were in Birmingham, although it had a ‘Wholesale Gun & Birmingham Warehouse’ at various addresses in London between 1785 and 1800. At the time these pistols were made the business address was No.1 Angel Court, Throgmorton Street. It is not entirely clear which members of the Ketland family operated this company at this time; it had been begun by Thomas Ketland in 1765, while the company which made these pistols was succeeded by James Ketland in 1800, and a Birmingham gunmaker called William Ketland, operating as William Ketland & Co., had a London branch until 1818. A Birmingham-based firm of Ketland and Walker was also contractor to the Board of Ordnance between 1799 and 1812. From the beginning of Thomas Ketland’s business, however, this associated group of Birmingham-based gunmakers makers had signed many of their pieces ‘London’.

The nature and quality of the pieces produced by Ketland & Co. varied considerably. While a sizeable portion of its business was the large-scale production of firearms for colonial trade and other commercial purposes it was clearly also perfectly capable of making fine quality, stylish and practical firearms such as this pair of pistols. Their military style suggests they may have been intended for private purchase by an officer, and the fact that all their major parts are made of brass might indicate that they were manufactured for use in a particularly humid climate, where iron parts were likely to be badly affected by corrosion.