A Pair of Silver-Mounted Pistols by Jonathan Stanton, London, c. 1760 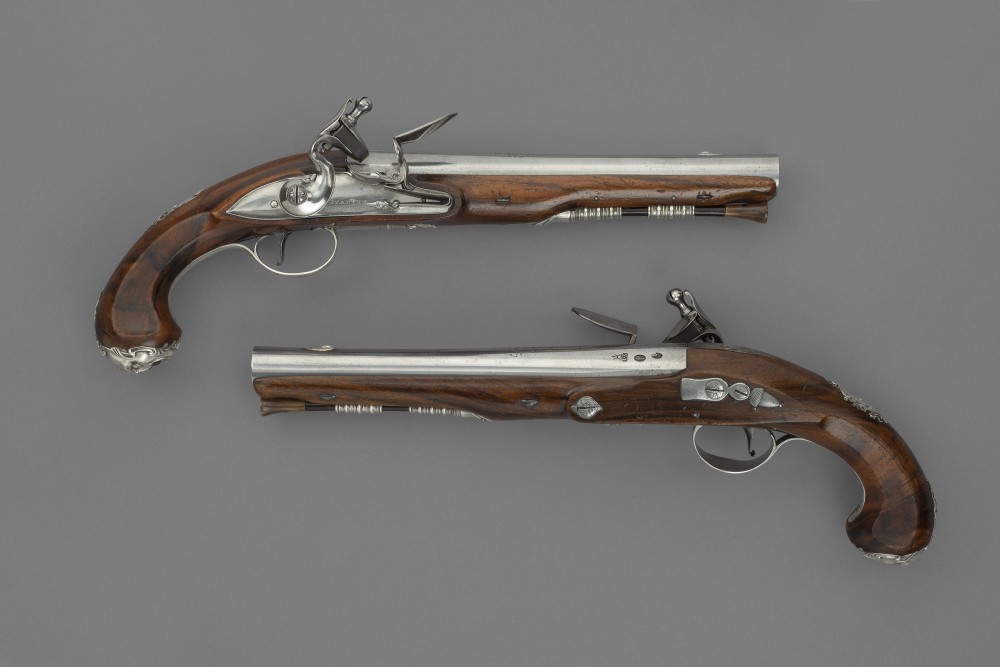 The overall form of these robustly handsome pistols initially suggests that they might have been intended for duelling, however a small but important feature suggests they may have instead been intended for naval or military use.Their maker, Jonathan Stanton, was apprenticed in 1739 to his uncle, the noted London gunmaker William Turvey, became free of the Gunmakers Company in 1747 and provided his proof piece and was granted the use of his mark in 1754. He was elected Assistant to the Company in 1761 and Master in 1765. He was recorded as a gunmaker, as nephew and successor to William Turvey, at premises next to Furnival Inn, Holborn, from 1748 and died in 1766. Given that Stanton was granted use of his mark in 1754 and that he died in 1766 a date of around 1760 would seem reasonable for these pistols