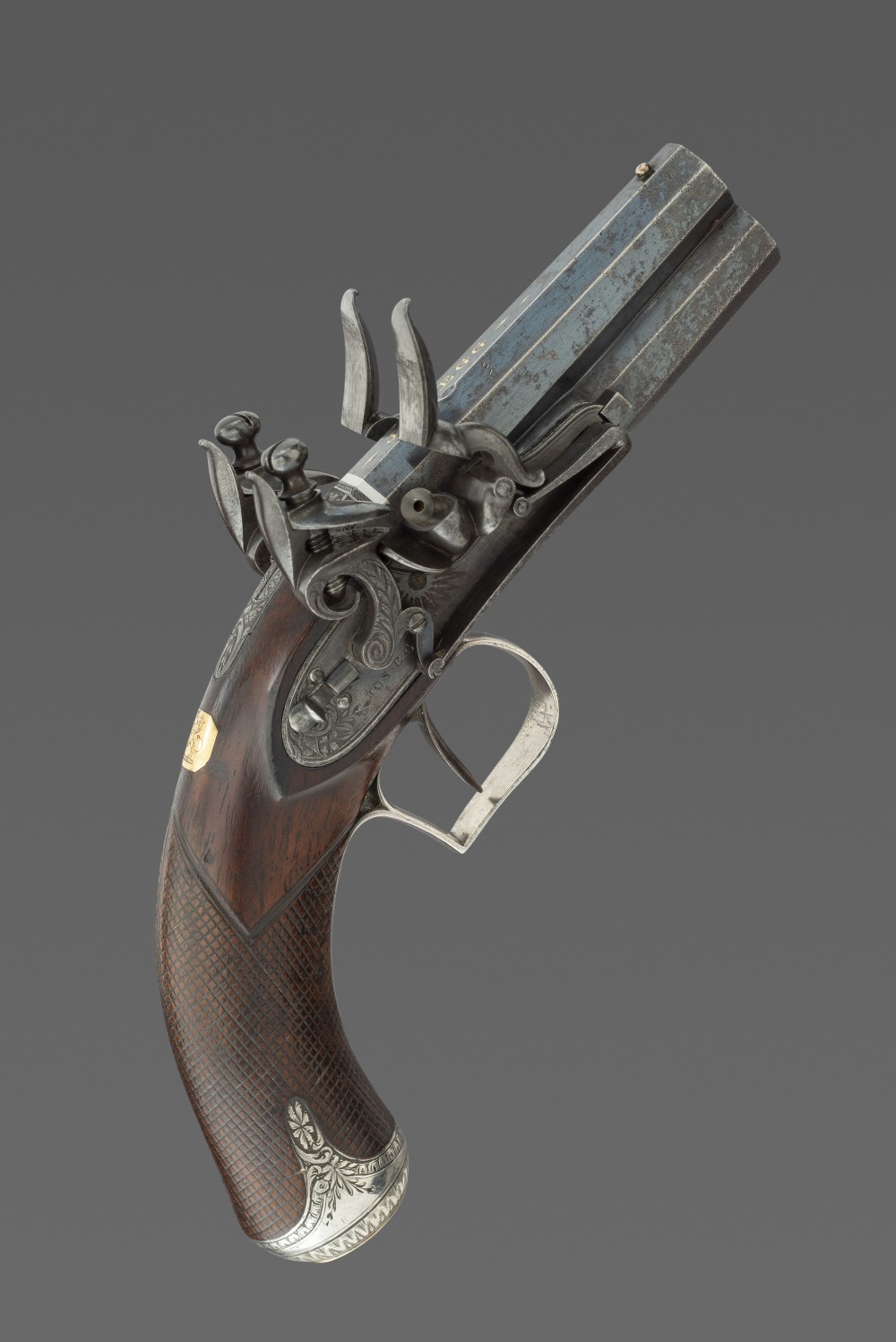 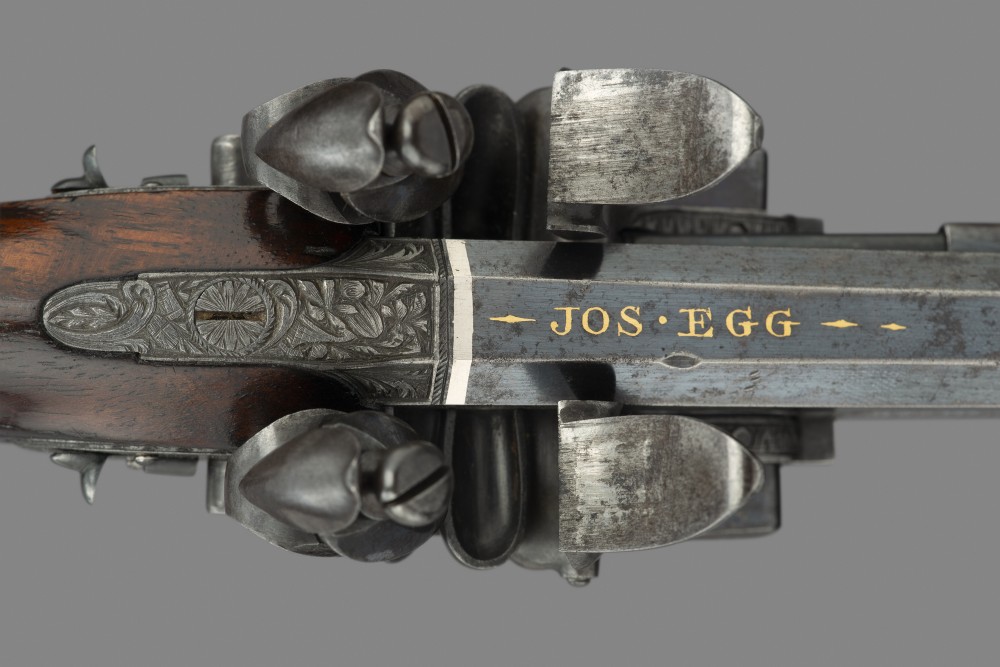 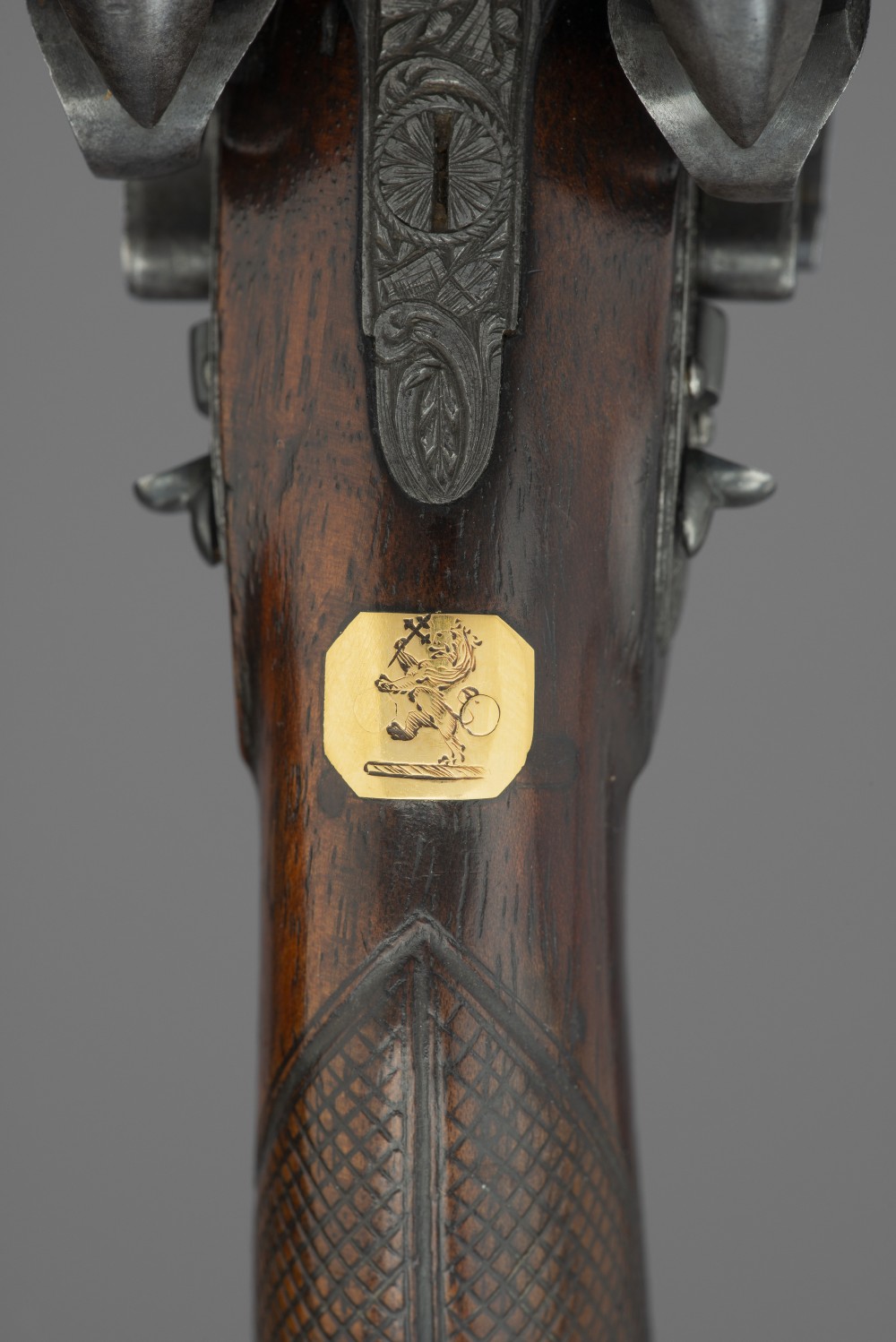 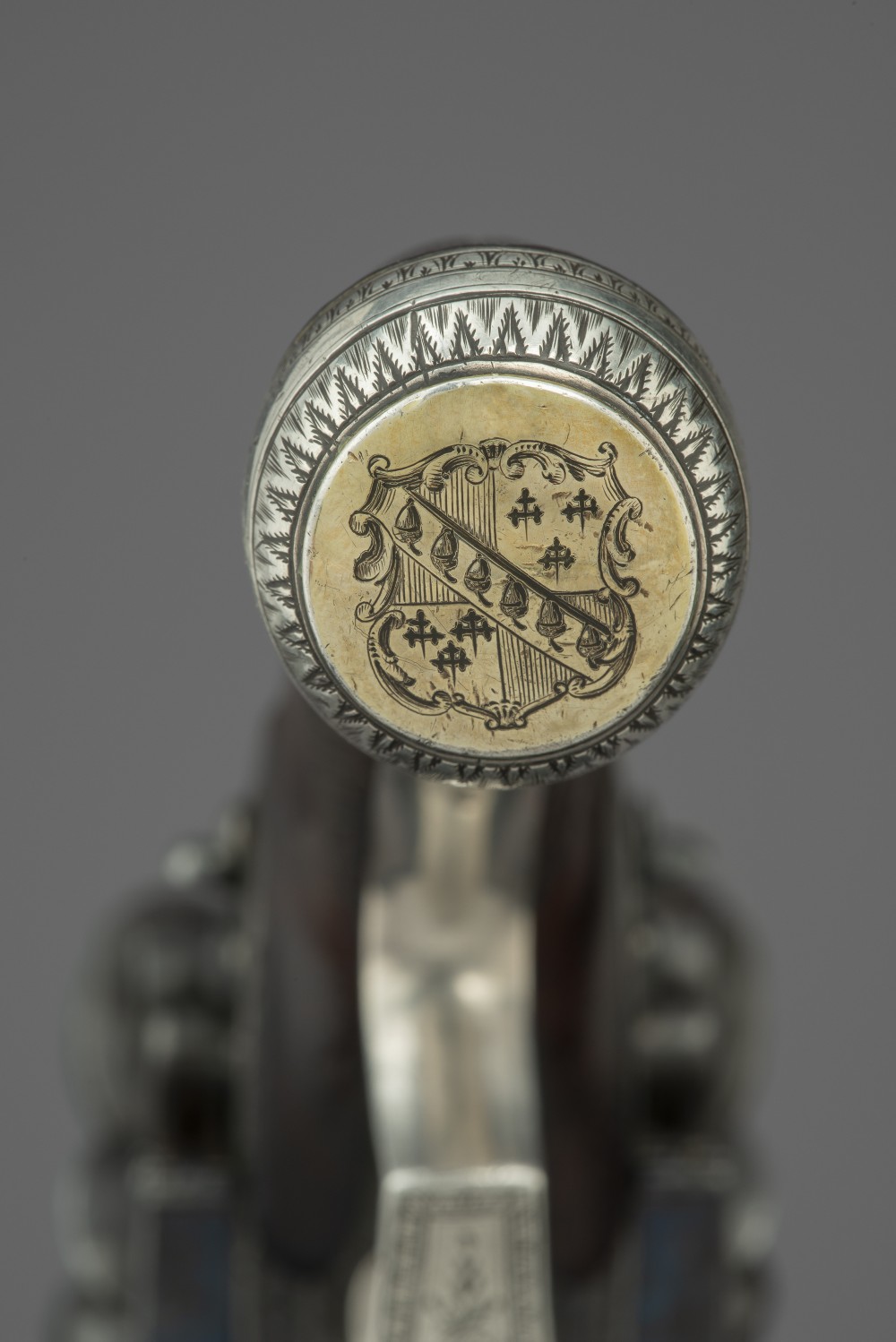 This compact yet highly practical pistol is of a type which was evidently produced in some numbers by the celebrated London gunmaker Joseph Egg, since examples are now found in several distinguished national and royal collections.

Joseph Egg was born in 1775 in Huningue, Alsace, the son of Johann Jakob Egg, brother of the gunmaker Durs Egg who would become famous following his move to establish his business in London in the early 1790s. Joseph came to London as his uncle was becoming established, and by 1801 he was trading both as Egg & Walker, Gunmaker and Patent Spring Truss Maker and also, in partnership with the gunmaker Henry Tatham, as Tatham & Egg. This partnership ended in 1814 after which Joseph continued under his own name from rather splendid premises at No.1 Piccadilly, where he evidently welcomed a distinguished clientele. Joseph Egg was well known for patenting innovations and improvements for firearm mechanisms, not all of which were successful, and his activities included being a contractor to the Board of Ordnance from 1823-35. He died in 1837.

Sir William Windham Dalling whose arms are engraved on the underside of the butt-cap was born in 1775, the eldest surviving son, and from the second marriage, of John Dalling, 1st Baronet of Burwood, Surrey (c.1731-1798), a career soldier of some distinction who had been Governor of Jamaica from 1777 to 1782 and commander-in-chief at Fort St.George of the forces in Madras from 1784 to 1786. He had been created a baronet of Burwood, in the county of Surrey, in 1783, and was promoted to full general in 1796. On the death of his father Sir William Windham Dalling became 2nd Baronet and inherited the Donnington Castle sugar estate in the parish of St.Mary, Jamaica, which at that time was estimated to produce an annual income of between £5,000 and £6,000. In the 1830s he received compensation as owner of this estate when laws relating to slavery caused the loss of much of this income. In addition to the estate in Jamaica Sir William had also inherited Earsham Hall, at Bungay, Norfolk, and a house in Berkeley Street, Mayfair. He was appointed High Sheriff of Norfolk in 1819 and died in 1864.