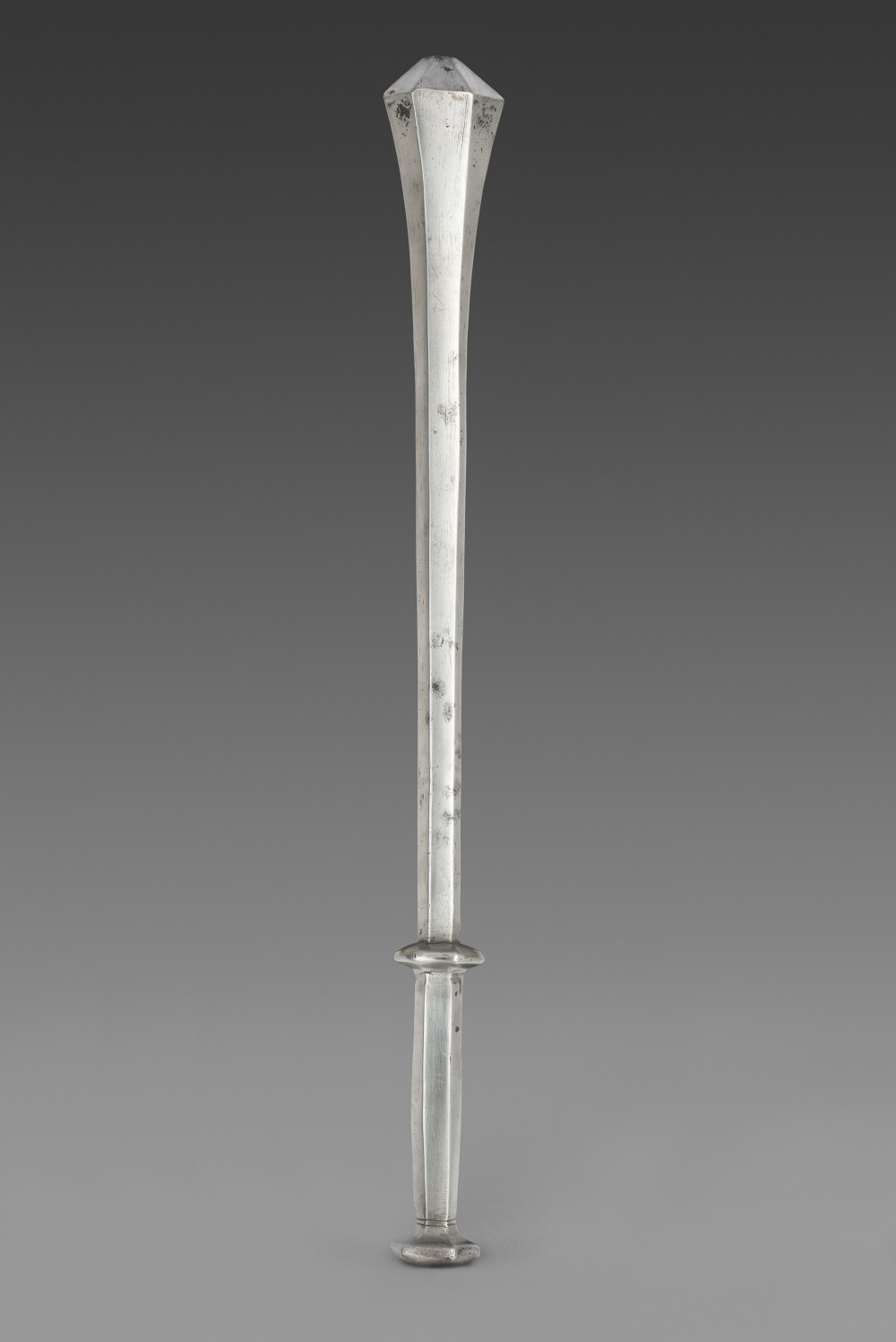 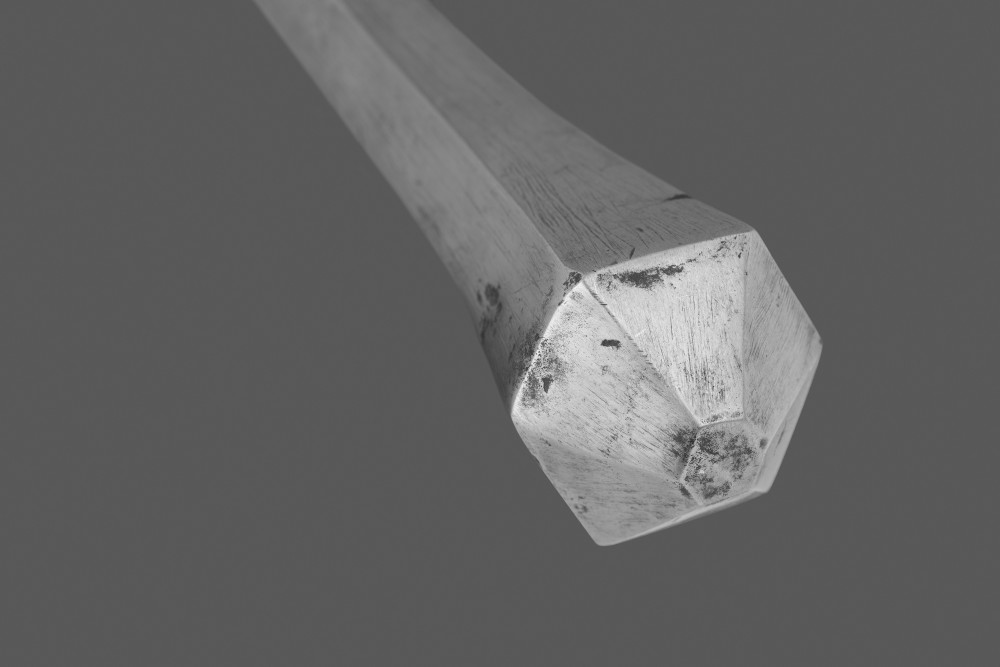 Despite its correct proportions, weight and balance as a combat weapon this elegant gothic mace appears to have no close parallel in European hand weaponry of the period. In the absence of any ready classification it may perhaps be more accurately described as a cudgel, the only weapon it resembles being cudgel-like wooden maces, referred to in German as kolben and apparently used in mock combats in the second half of the 15th century.

Two such combats and two kolben are illustrated in Meister Hans Talhoffer’s Alte Armatur und Ringkunst of 1459 (one plate showing a combat between a man and a woman in padded suits) and in his Fechtbuch of 1467. They appear again in the Fectbuch of Paulus Kal of 1470. To judge from the proportions of the kolben illustrated in Talhoffer the wooden versions for mock combat were considerably larger than present example made of steel, which if of that large size would have been too heavy to be a useable weapon. In the instance of this very rare non-flanged mace it is certainly a weapon capable of delivering the blunt force trauma required against an armoured opponent.