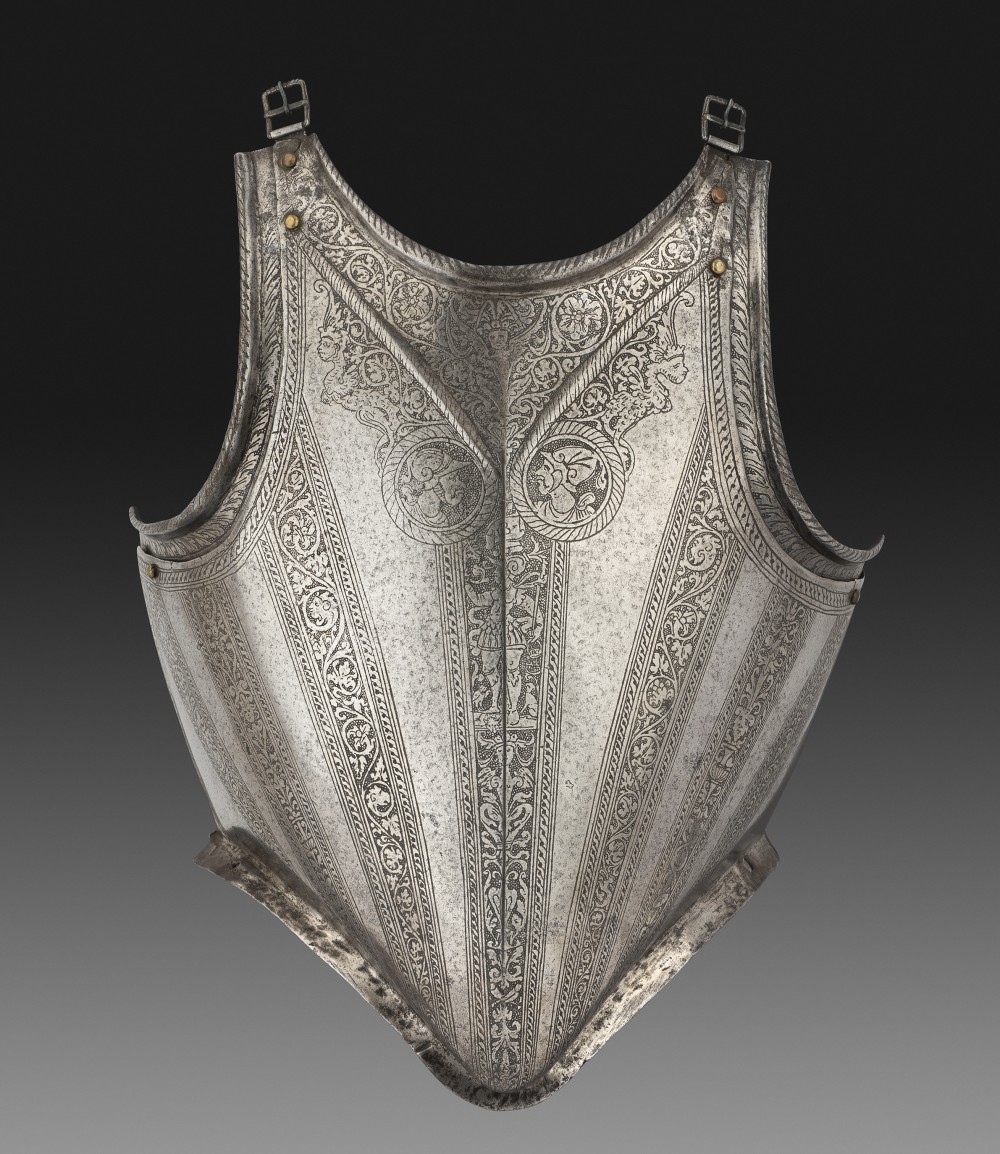 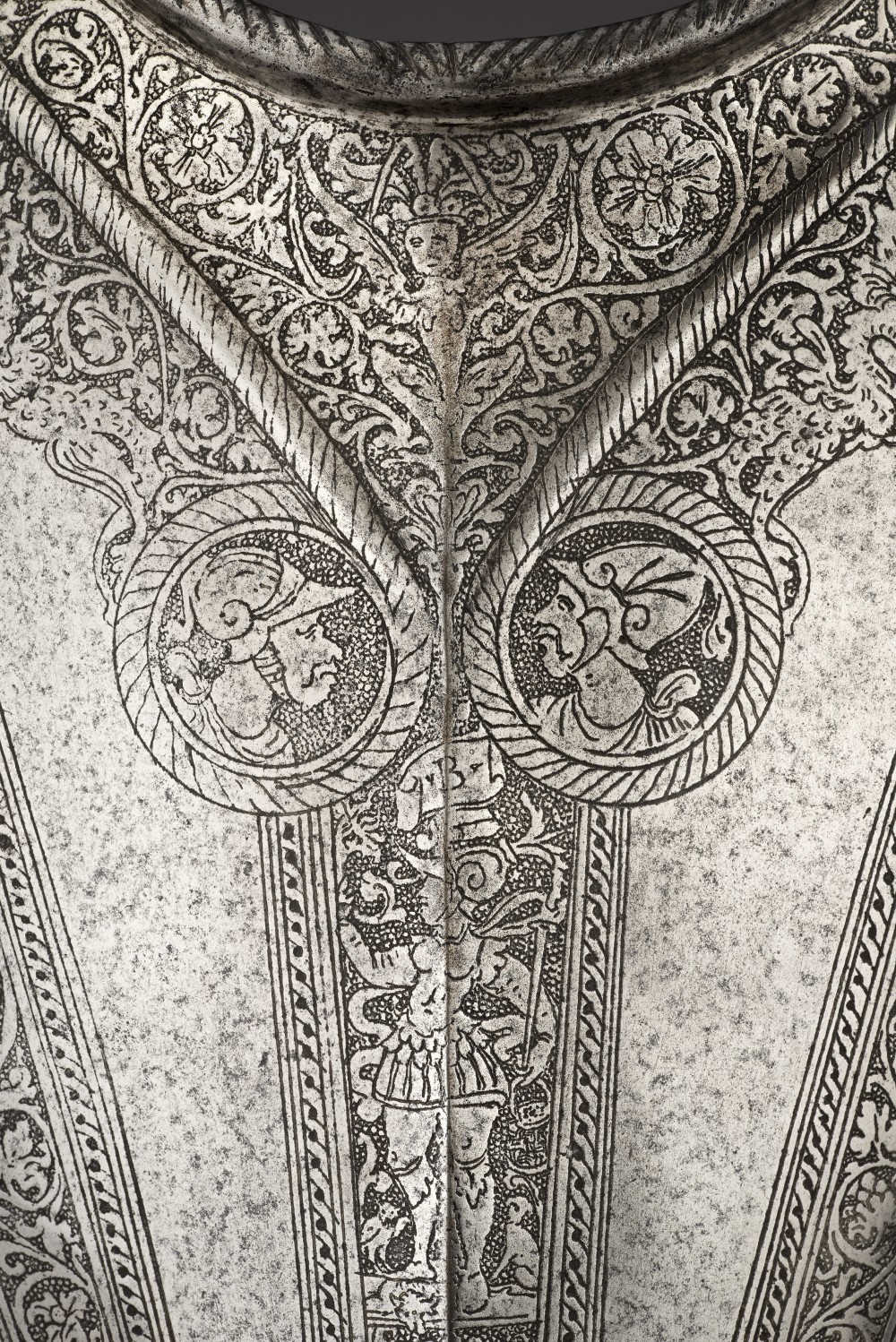 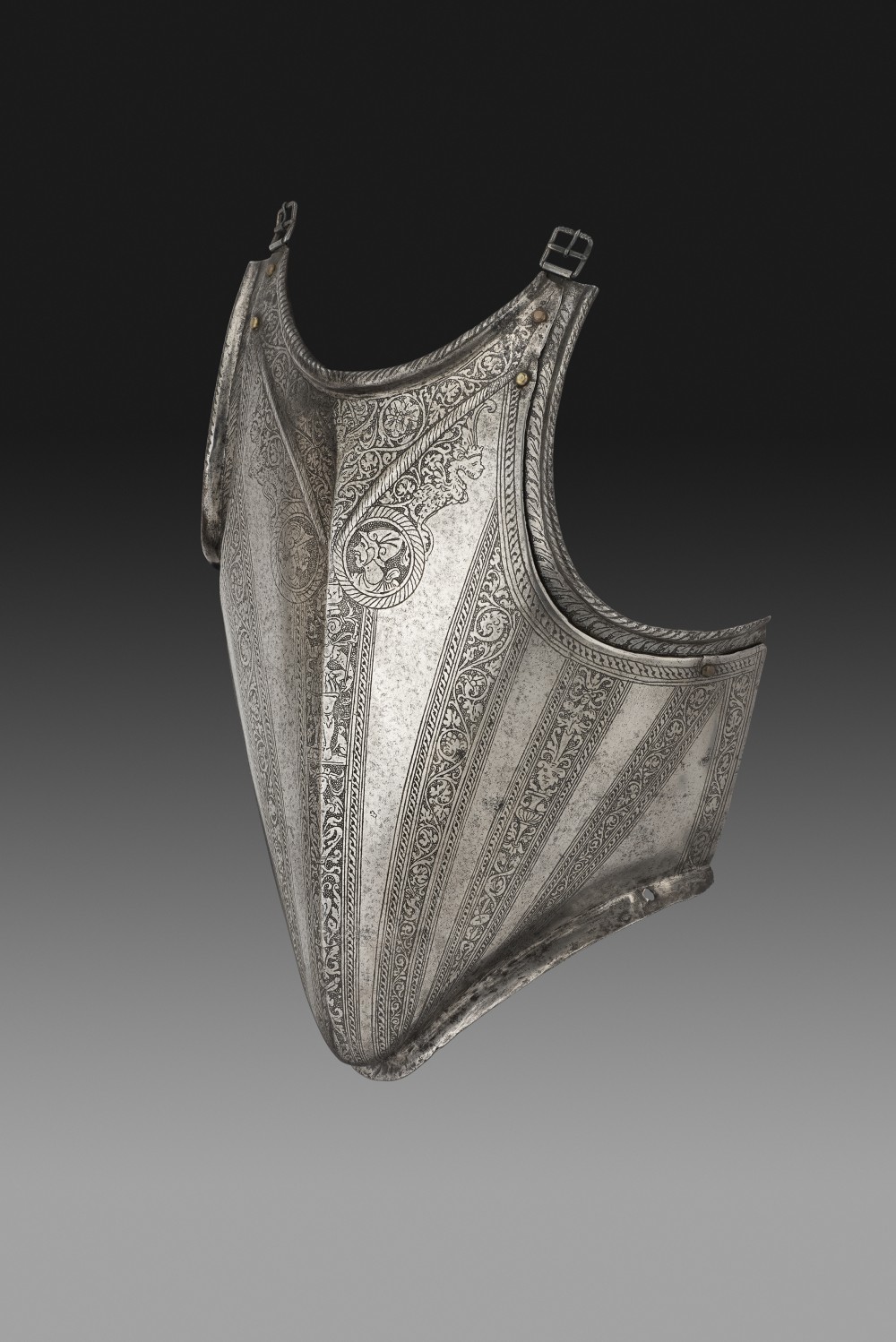 The master armourer signed with the letter B has yet to be identified and may even possibly be unrecorded elsewhere. The etching is executed to a high standard and combined with the distinctive border patterns a match will almost certainly be found with the remaining elements of this armour now dispersed.

The figure etched immediately beneath the signature scroll wears the armour of a classical warrior conventional to 16th century Italian art. Unusually he holds in one hand a lantern and is accompanied by a dog at his heels. In classical iconography a lantern and a dog are the attributes of the ancient Greek philosopher Diogenes, the founder of Cynicism as a philosophical discipline. His lantern represents his Search for an Honest Man and the dog is representative of his own behavioural traits, which he reasoned at length and was unrepentant. The inclusion here of Diogenes masquerading in conventional guise is an enigma, but presumably he belongs to an allegory enlarged upon and made clear by the other figures which doubtless are to be found within the etching on the complete armour.