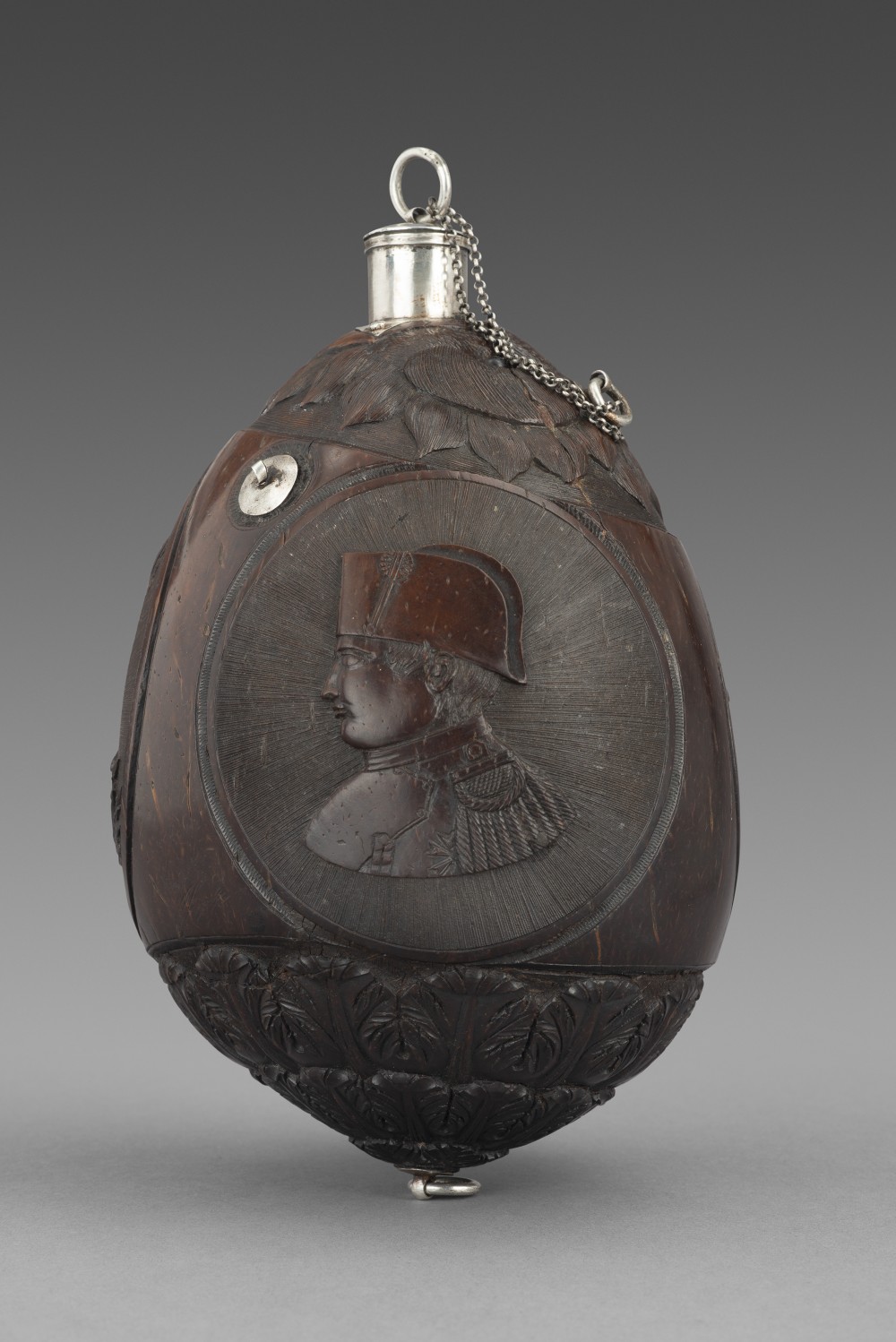 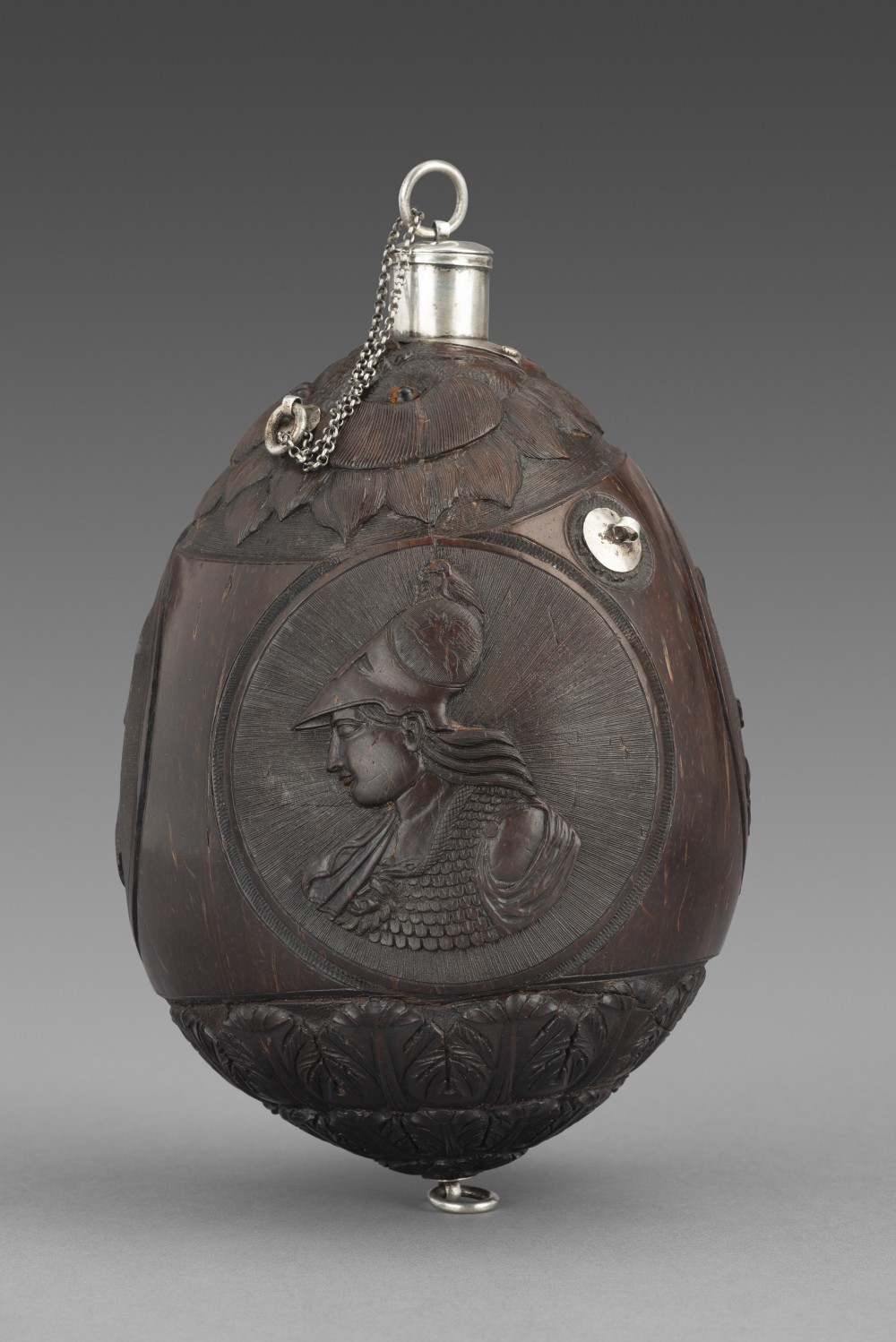 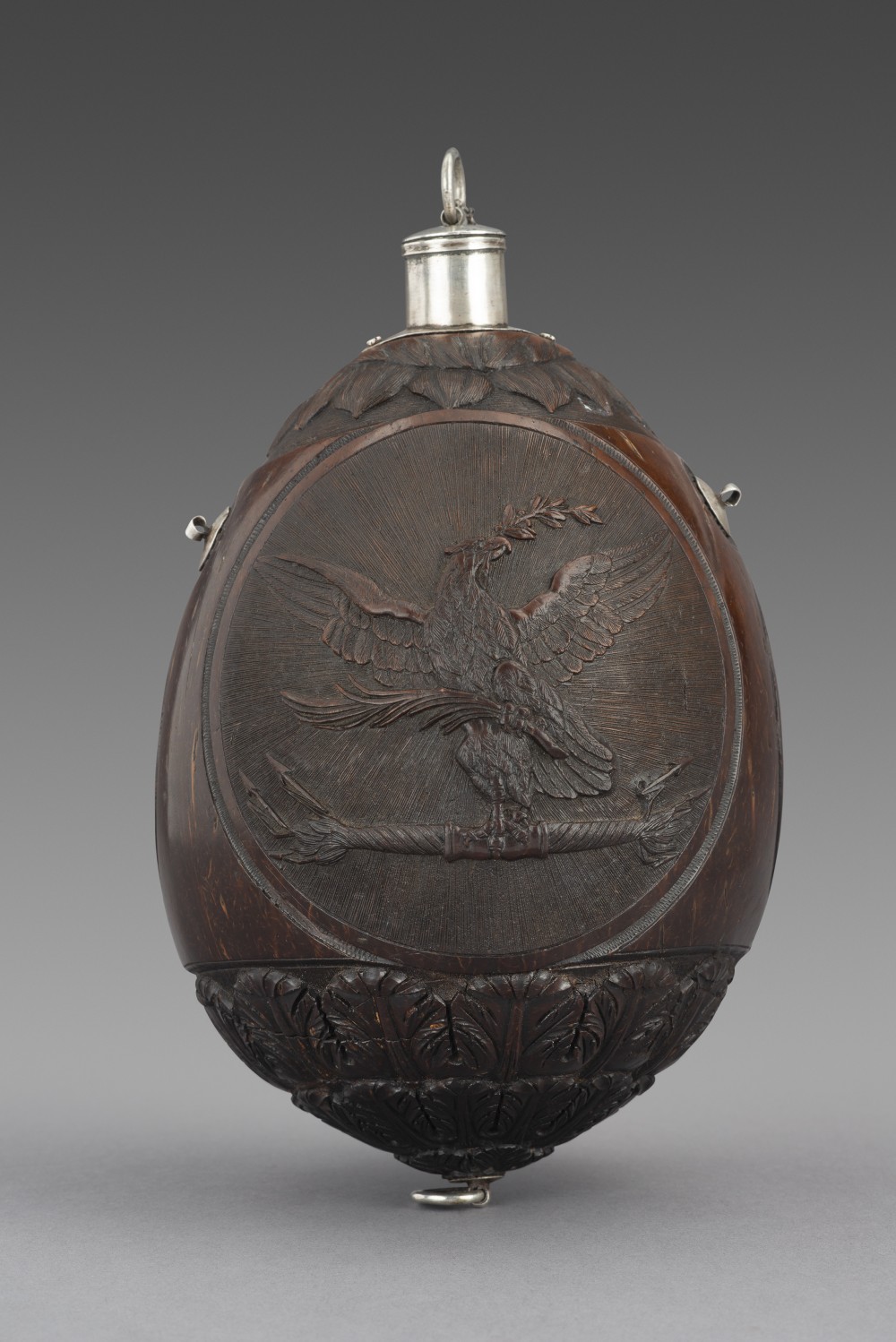 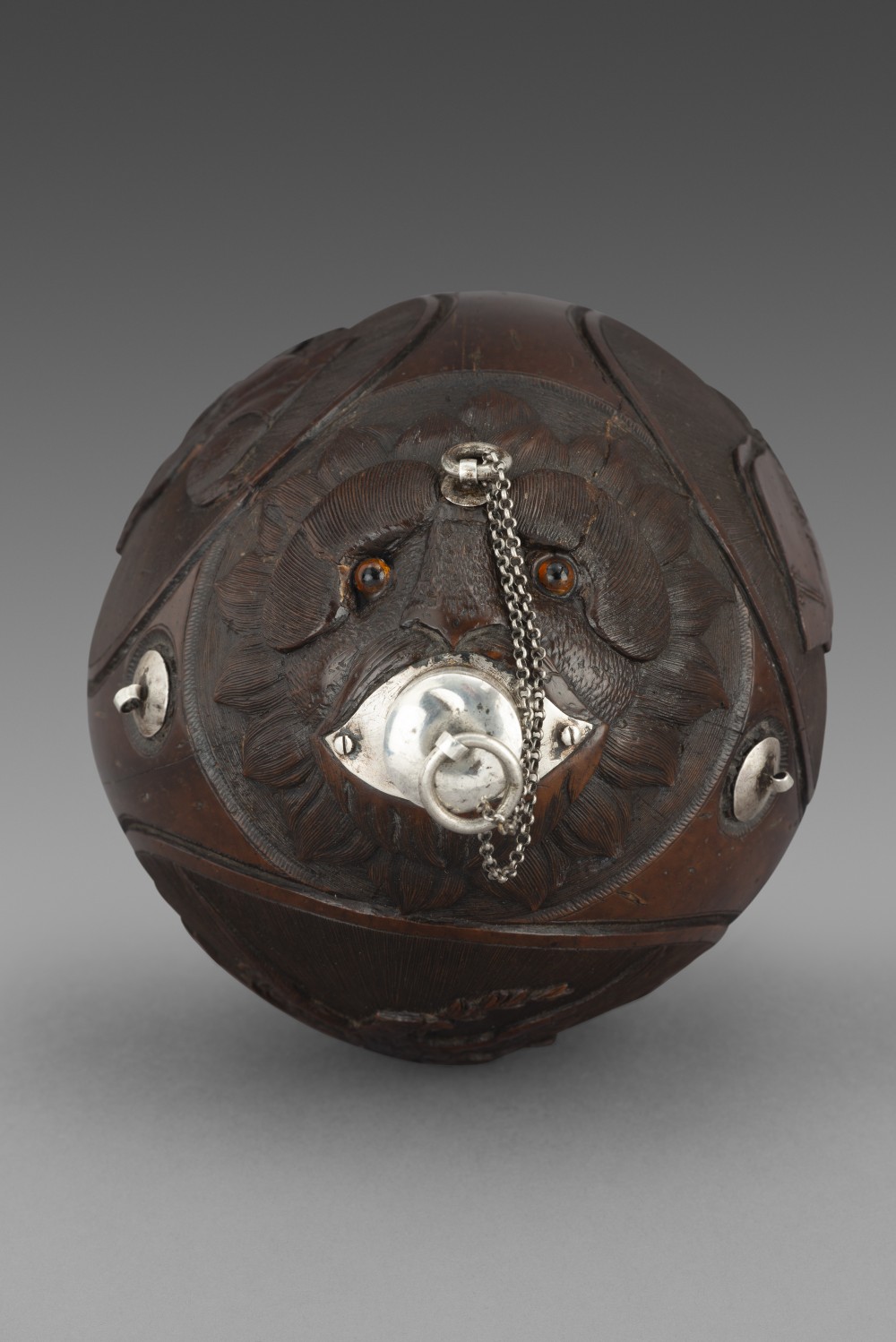 This is a particularly well carved example of this type of flask and in view of this delicate quality it was probably more intended for display. The iconography of the three larger carved ovals provides an interesting period record of the final fall of Napoleon Bonaparte in July 1815: The Greek warrior bust is almost certainly the Hero of mythology Bellerophon, the tamer of the winged horse Pegasus. The last is shown on the warrior’s helmet and a serpent, probably representative of the Chimera killed by Bellerophon is draped over his breast.

The inclusion of the Emperor’s portrait bust sets the context of the story. Zeus (Jupiter) in his familiar guise of an Eagle presides over the surrender of Napoleon and the bringing of peace; he bears the respective emblems of Victory and Peace, the palm and the olive branch, it must be presumed that the carver was no friend to the Napoleonic regime. The eagle allusion may even possibly be extended as a representation of the United States of America.

The explanation of the iconography lies in H.M.S Bellerophon being the 74-gun ship-of-the line and veteran of the Nile and Trafalgar which was boarded by Napoleon (and his suite of staff) on 15th July 1815, a month after Waterloo, to surrender to the her then Captain, Frederick Lewis Maitland.

Napoleon had been in hiding on Ile d’Aix and realising that he would be unable to run the British Naval blockade and escape to the United States instead made his formal surrender. On board the Bellerophon Napoleon was treated as a guest and taken by Maitland to Plymouth Sound.